Located right next to a convention center, Ze Grill, Sui Gas Society, started out a few years ago. The initial impression was that it would become the resident restaurant for this small community and areas of DHA around it. Over the years, however, word about Ze Grill has reached farther into the city and it has become a busy, bustling restaurant to everyone’s surprise. 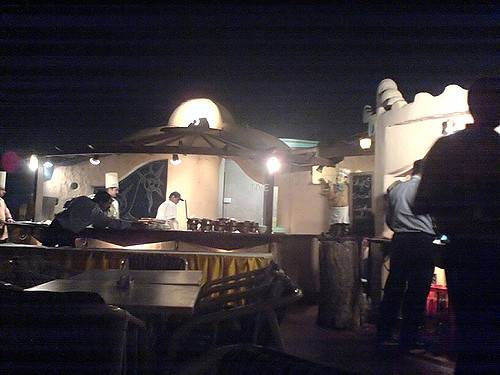 As someone whose face and usual order has been memorized by the waitstaff at Ze Grill, I can assure you that this gradual rise in business is owing to a combination of its food and ambiance. It is located next to the society’s convention center. The restaurant has outdoor seating in a well-kept garden, an open kitchen next to it and an indoor café as well. Whether night or day, the ambiance has an inviting feel to it, with a playground for children and TV screens for adults to enjoy cricket matches on.

People who go to Ze Grill for the first time are normally drawn to their Pakistani food. Indeed, barbecue dishes, handis, and karahis dominate the menu and become the obvious choice to go with. Their chicken tikka and seekh kababs are winners amongst the barbecue items which, if ordered, are served on an ingithi. Their selection of naans is exceptionally delicious as well, with the crispy naan recommended by the staff as their specialty. In fact, even if you don’t order it with the main course, the crispy naan will be served as an appetizer, with special homemade chutney. It is thin, crisp to the core (as promised) and completely covered in sesame seeds. Its taste is complemented by the homemade, which is a fresh blend of green chilies, tomatoes, onions, and coriander.

However, even though their desi food draws newcomers in, the Ze Café menu holds its own as well. Their oven baked pizzas have become popular over time. I would strongly recommend the thin crust pepperoni pizza: a reminder of the consistency of that crispy naan combined with cheese and sliced smoky salami. It truly is comfort food at its best. 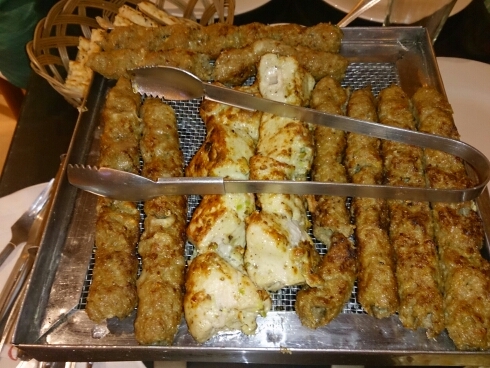 Now the items mentioned above are great if you’re trying to play it safe. But after numerous visits, the one thing I keep going back to is their Grilled Chicken Sandwich. I know it sounds really underwhelming: after all, it doesn’t come on an ingithi. And yes, instead of cheese and tomato sauce there are tomatoes and mayonnaise in it. But this triple-decker four-piece sandwich has a good old-fashioned charm to it that nothing else on this menu does. It is light and filling at the same time, as there is a generous serving of coleslaw and French fries to go with it. You can eat it at any point of the day and not feel disappointed. 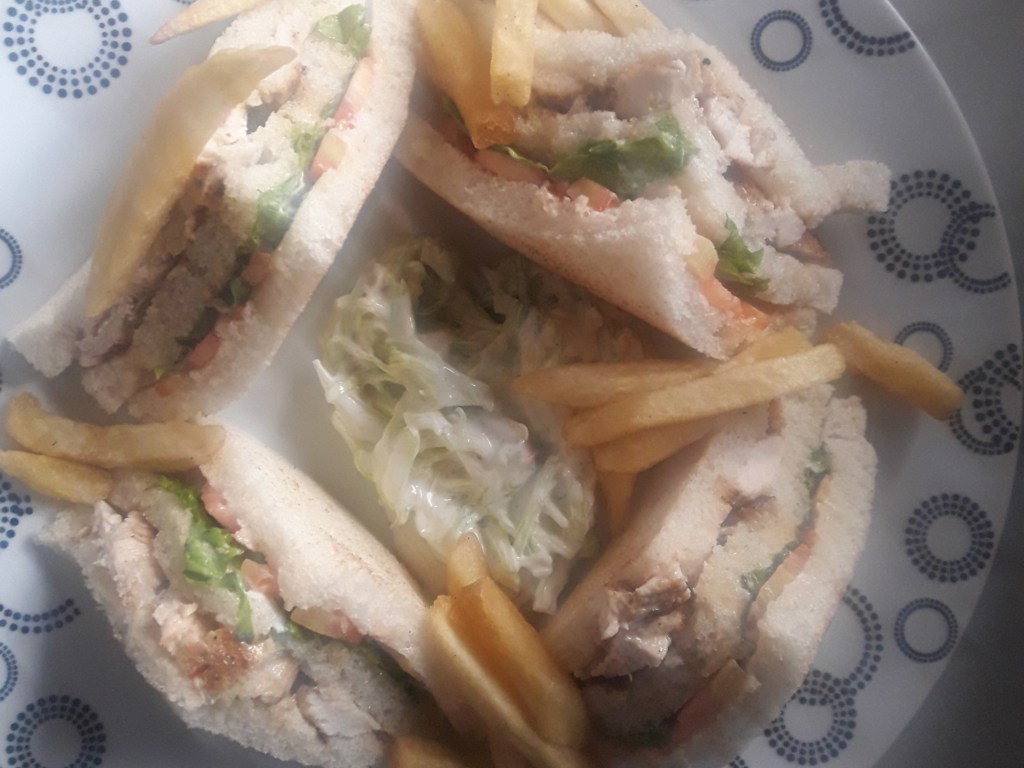 Good desserts. There is a mysterious gelato refrigerator indoors which has remained empty every time I see it. The menu mentions gulab jamuns and kheer in the desserts’ section, but that’s just about it. After having such heavy savory food, the lack of meetha is felt, jarringly. Therefore, it is best if you make dessert plans elsewhere after having a hearty, filling meal at Ze Grill.