A Wanderlust Guide To Escaping Lahore

Wanderlust: a strong desire to travel.

Recently, the heady combination of heat and hunger nuzzled me in for an unplanned midday nap at work. Unprofessional, definitely. Irresponsible, for sure. Moving on.

Upon being rudely awakened by Urooj, I felt a belly-aching urge to get up and run right out of my glass and marble enclosure. My problem is that I’ve always been an ‘anywhere-but-here’ kinda girl. Unfortunately, it’s not a very sustainable practice, therefore, I’ve (brilliantly) learned to assuage these sudden desires through Pinterest. Pinterest wanderlust boards, to be precise.

Maybe you’re the kind of person who might actually take the initiative to plan a summer escape this year; don’t forget to tag us if you are. For those who don’t object to living vicariously through the experiences of others, scroll right through.

I’ve got ten places I would rather be, instead of suffocating in this brick-kiln located within Satan’s butthole, also known as ‘Lahore’.

THE STRANGE AND THE BIZZARE 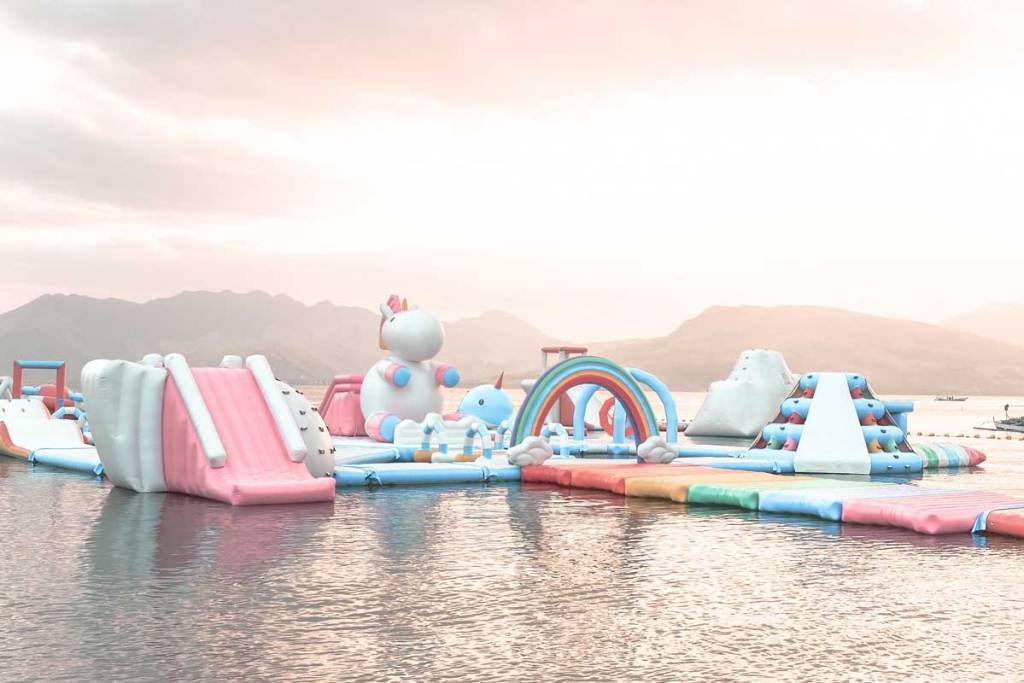 No, this isn’t photoshopped. This pastel paradise actually exists and pokes at your wanderlust. Unicorn Park is a beachside theme-park, and I’ll be damned if I don’t figure out a way to take a week off from work and haul myself here. There’s only one word that can appropriately describe this destination: Adorable. 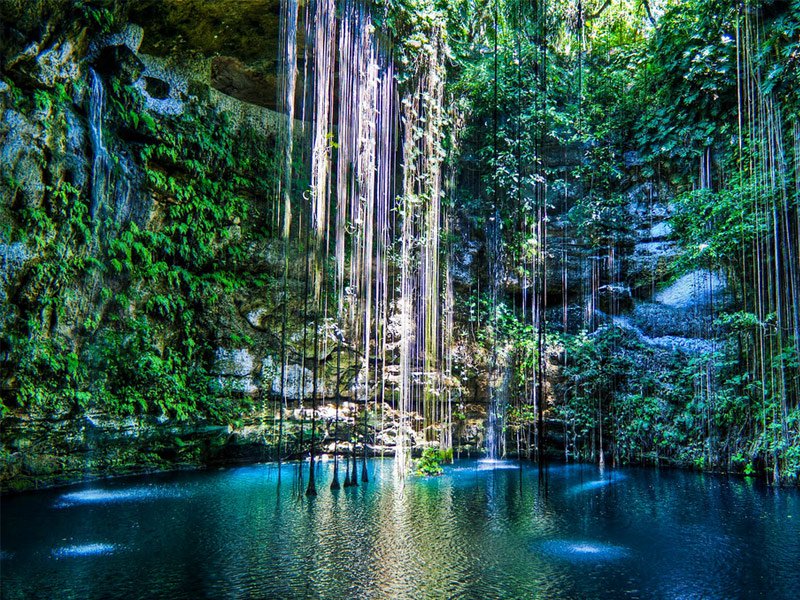 Ik Kil is a natural sinkhole located in Chichen Itza. It’s a popular tourist destination and is slightly infamous for the tales associated with it. I’m talking human sacrifice tales! The ancient Mayans were metal AF and this particular site was a popular sacrificial spot, to appease their rain god, Chaac. If you look past the human bones at the bottom of the waterbed, it seems like a good place for a quick afternoon dip. I would definitely choose this over the Canal. 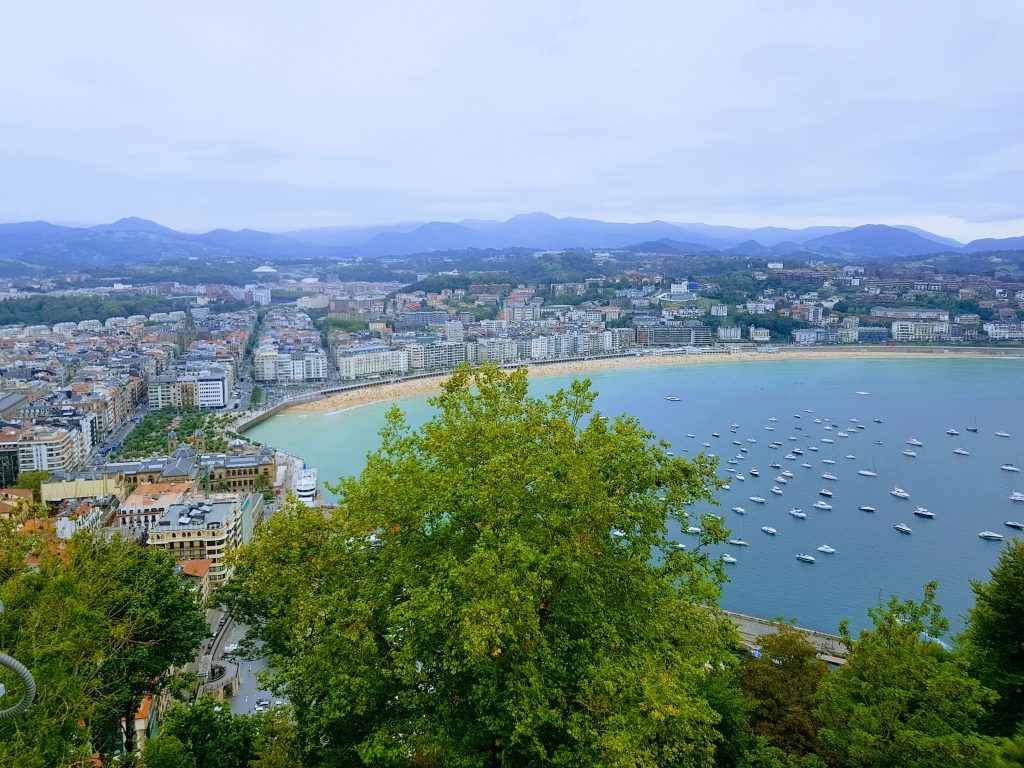 The Coastline Culinary Capital of Spain, San Sebastian is every serious foodie’s dream destination. Pump up that wanderlust, book a ticket and experience it firsthand, or live vicariously through Shameel (that’s what I’m doing). 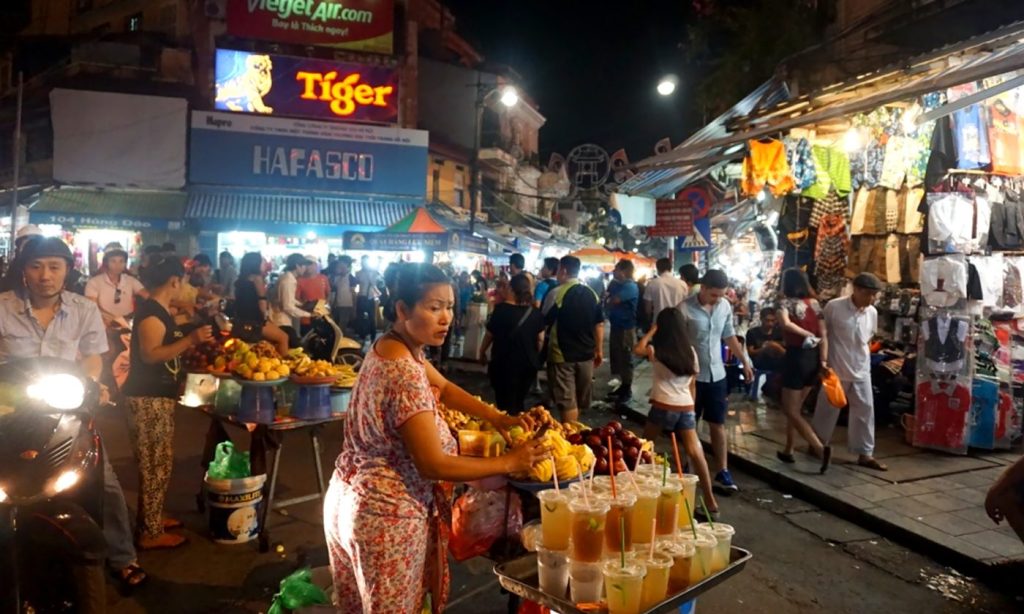 This destination is more within my budget. Since good food is always a top priority, Hoi An seems like the place to be. The city has an unbeatable street-food roster. Locally sourced, fresh ingredients feature in every dish; I’d gladly trudge through the suffocating urban squalor if that means getting my hands on the perfect Bánh mì. The fact that I could do so without making the slightest dent in my wallet, sounds like a win-win. Wanderlust on a budget. 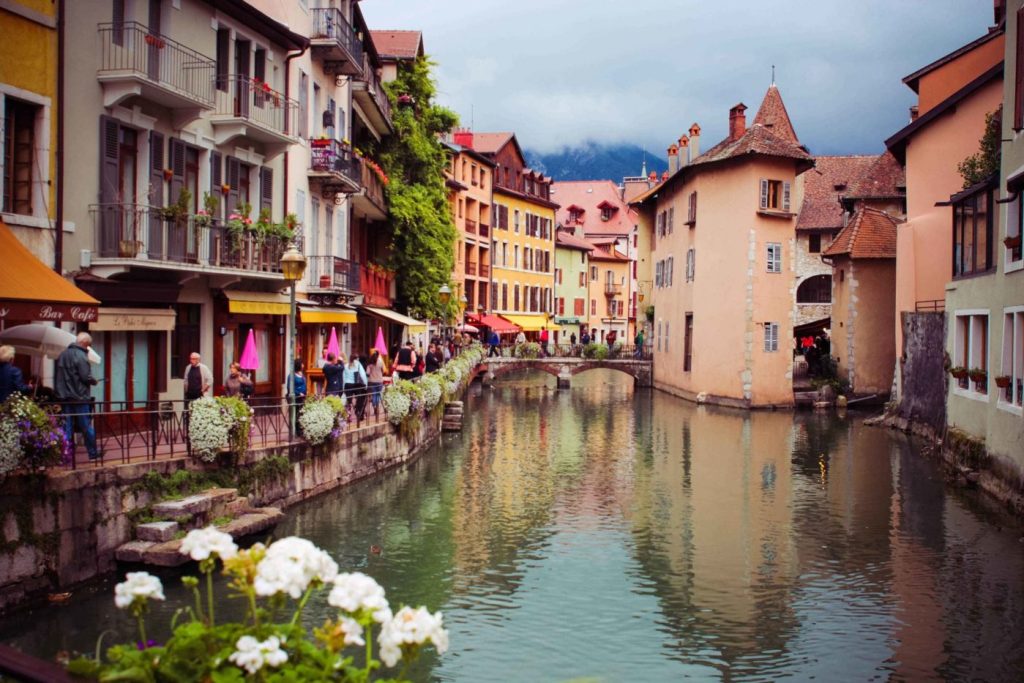 I can almost hear the canal rippling past the old 16th-century buildings painted, shades of coral and rose. I imagine hopping along the cobbled streets, profiterole in hand. The town seems plucked out of a fairy tale. I would probably forget all about chronicling the experience for social media. I would do so, with absolutely zero regrets.

Move over Santorini, you’ve been done to death. You know what’s better than blue roofs, with whitewashed alleyways peeking through? All blue errthang. Chefchaouens history can be traced back to as early as the 15th century. A double whammy of aesthetic and history, I’m sold. 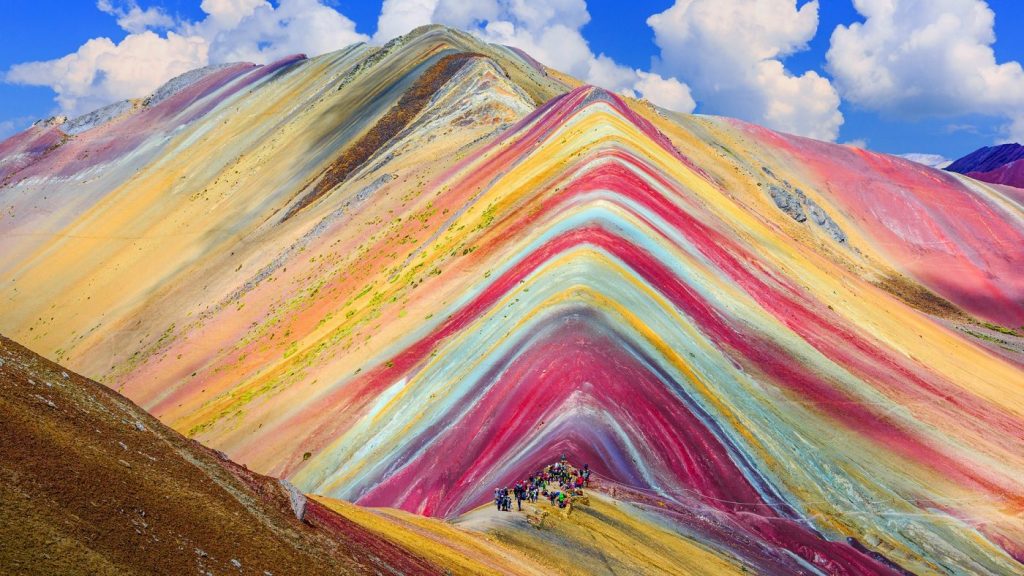 Getting a taste of this unparalleled visual treat does not come easy. Reaching “Rainbow Mountain” (as it is otherwise called) takes hours of hiking. Not going to lie, my lifestyle is consistently sedentary. However, for the bragging rights this would afford me, I’d race to the top. 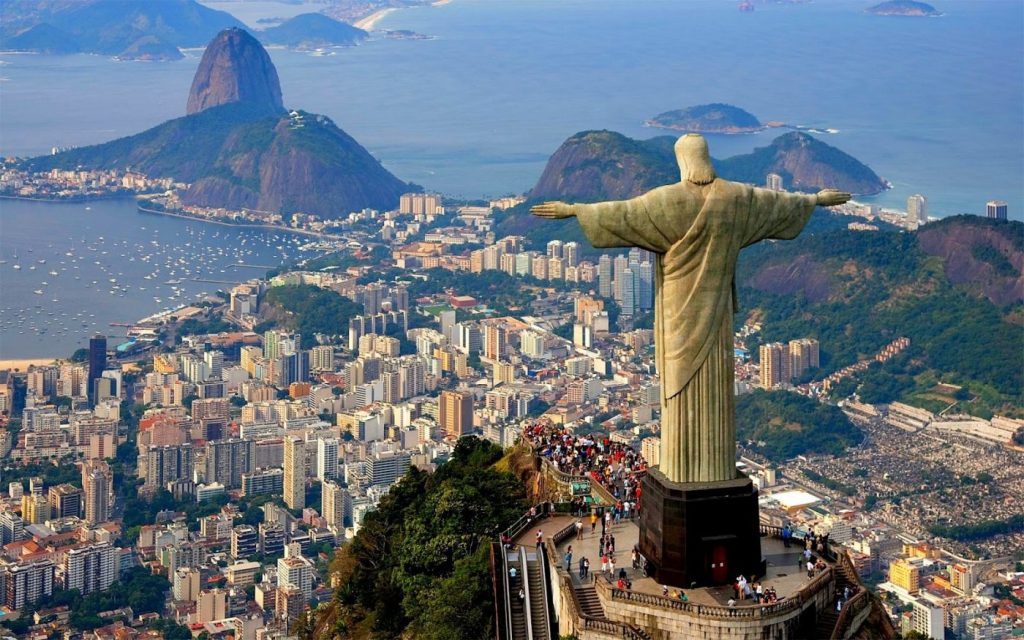 The mere mention of Rio de Janerio conjures up the mellow sounds of old bosa-nova out of thin air. Not only is the destination chalk-full of vibrant culture and thriving art, it is a popular stop for thrill seekers. Next time I’m driving through potholes on my way home, I’ll pretend I’m on my way down ‘Sugar Loaf Mountain’. If only. 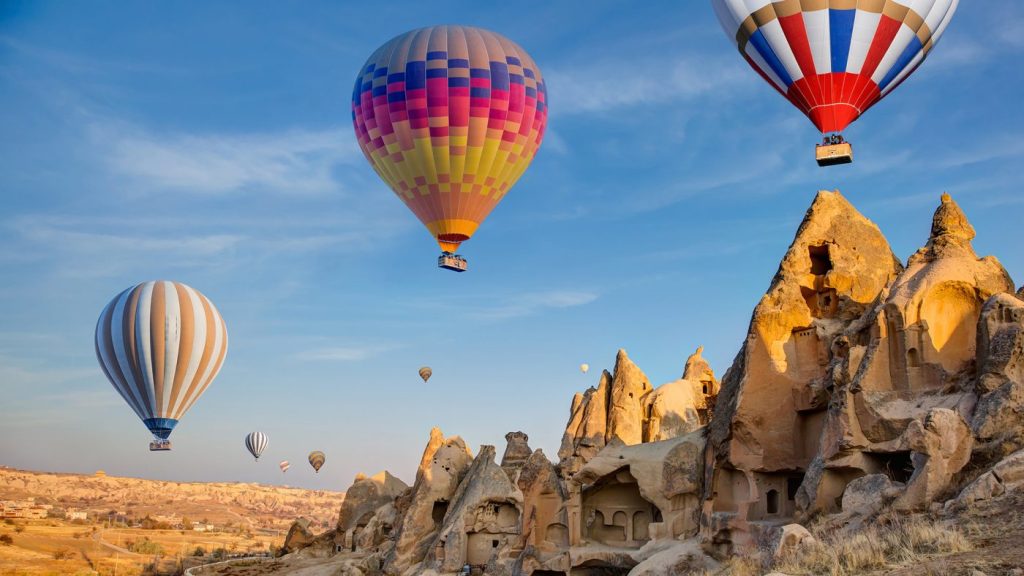 The otherworldly beauty of Cappadocia remains unmatched. Imagine hitching a hot-air balloon ride and gliding amidst cavernous, towering hills. From that vantage point, with the horizon shaded in a palette or rust and gold, I’d be hard-pressed to hold my breath steady. 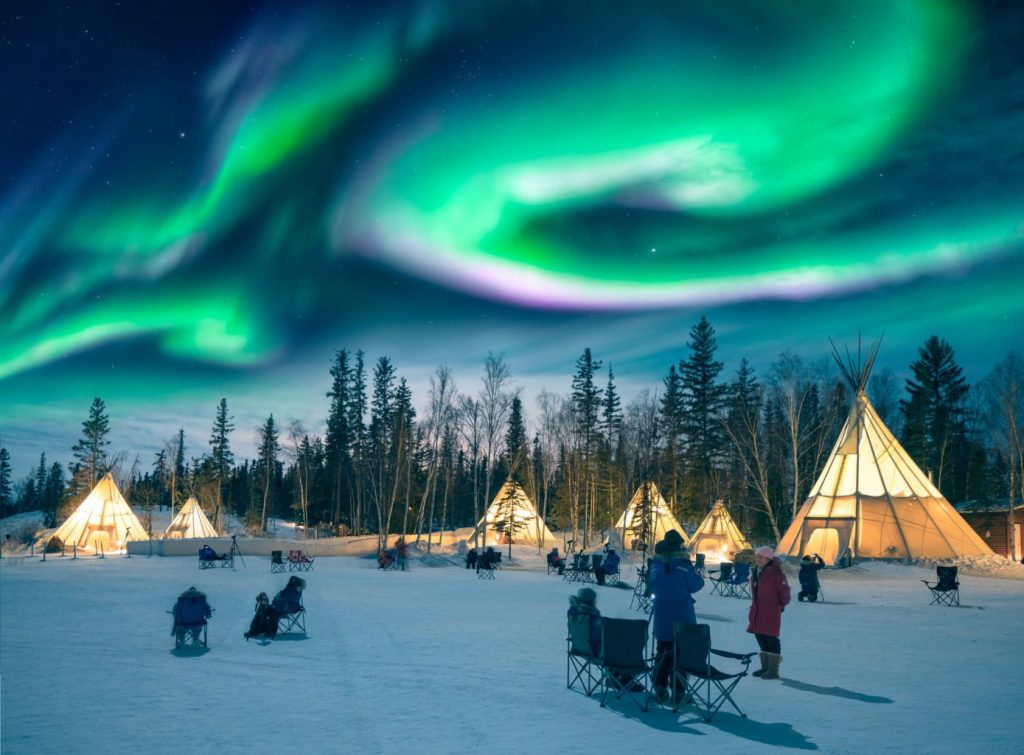 I have been obsessed with the Northern Lights, ever since I watched ‘Brother Bear’ as a child. I’d love to catch the next flight to Tromsø and catch a glimpse; it definitely beats the ultraviolet, murderous rage of Lahore’s unending summer. Undulating across the night sky, illuminating the virtual curve of the arctic circle. An experience of a lifetime.

Excuse me while I wipe the drool off of my keypad, day-dreaming helps me refocus and recenter. Time to return to the daily grind, otherwise I’ll be summering in Nathiagali, again. Not that I would really mind heading North; anywhere but here.

Tags:
For the Squad, Get Active, Instaworthy, The Great Outdoors
Share: