By Noor Ur Rehman
6 Comments

The difference between New and Old Anarkali Bazaar is that there is nothing new about the former and the adjective ‘old’ is too young for the latter. People often view Mall road as a sentry separating the twins. The area inherited its name from the tomb of Anarkali, which is currently situated inside the Punjab Civil Secretariat.

As a resident of Anarkali Bazaar, Noor’s emotional connection with the neighborhood is heightened. He decided to pen his wanderings around it and the sights he came across on a particular evening, in this piece. 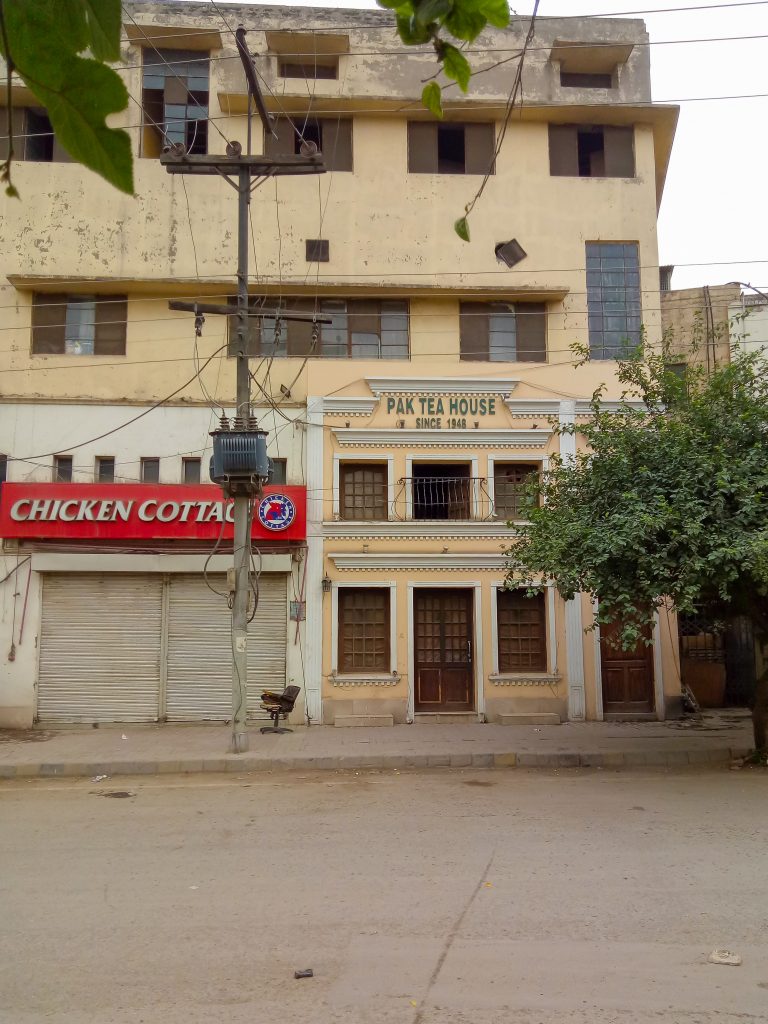 I entered New Anarkali Bazaar and wandered past Pak Tea House and Church of Pakistan Diocese. The church appeared to be closed, though I could see the cross and terra cotta walls of the church through the trees inside the establishment. On the opposite side of the road, there are several shops that deal in tires and rims for vehicles.

Opposite to the main gate of Mayo Hospital, several men were selling posters of movie stars, children, and flowers. It was from there that I turned back, and passed in front of King Edward College and approached Neela Gumbad.

In the narrow alley that leads to Neela Gumbad, two young boys passed me screaming “Kudi da pata karo keday pind di kedi shehr di ya.” [find out what village or city that girl is from] In the marble yard before the mosque, three young boys were sleeping together on a cardboard sheet. They did not seem homeless. Sayed Abdur Razzaq, a famous saint of his time, is also buried nearby.

I came out of Neela Gumbad, passed the bicycle shops, and made my way toward the New Anarkali Bazaar. This cycle bazaar is one of the famous markets in Lahore. It provides cycles for both children and adults, and its customers range from all over Pakistan. As it was noon, most of the shops were not open for business yet. 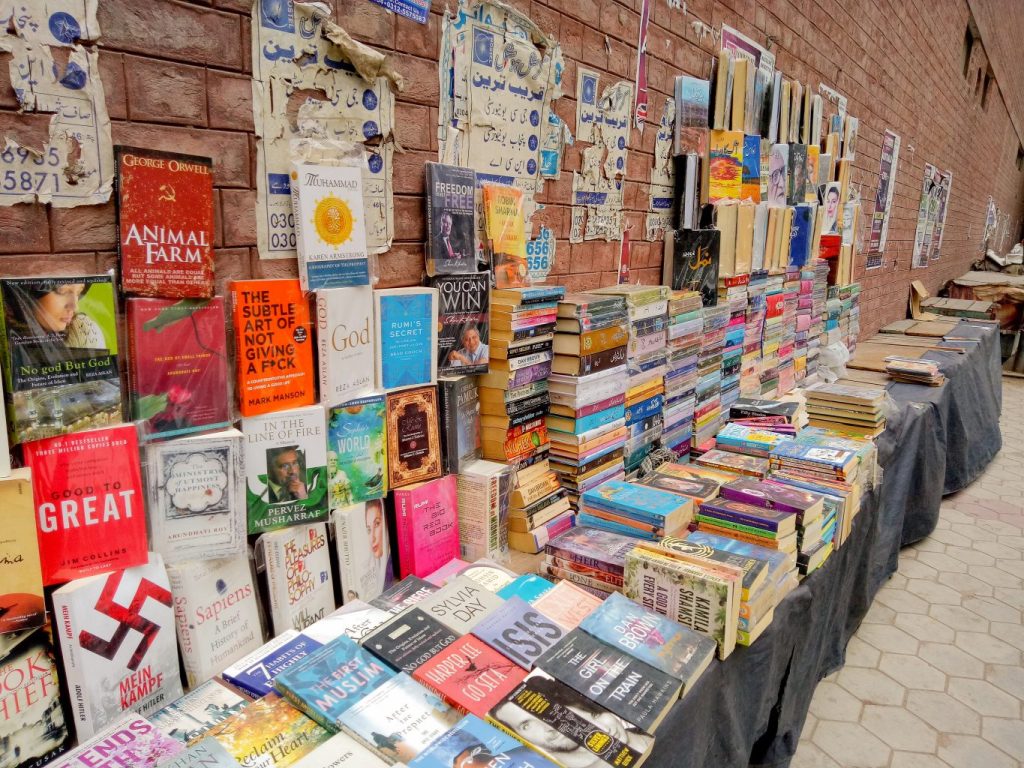 The shade of the gift shops located in the mouth of Anarkali bazaar felt soothing as I went towards Government College University. On the road, which runs along GCU and towards Urdu Bazaar, I found a number of old books stalls on the footpath as usual. The area between the book stalls is punctuated with rubble, dirt, and vehicles. One of the younger vendors told me that he had been selling books for ten years. I asked him if he ever read the books that he sold. He told me that he had to stop attending school because of his family’s financial instability. Nonetheless, he recommended ‘Raja Gidh’ by Bannu Qudsia as the best novel he had read so far.

I walked ahead along GCU’s front wall towards Nasir Bagh, which has served in past as an airport of unconventional flights. In other words, ‘aeroplanes’ (drug addicts) used to gather there often for ‘flying around’ in mystical realms, smoking weed and/or injecting themselves. Also, homeless people sleep here often, though security guards refuse them entry. In addition, students gather there in couples to help each other understand the mysteries of science and mathematics, and formulas of human intimacy, while using each other as specimen.

Nasir Bagh has a jogging track, which is not layered with bricks or cement. It is still apparently good enough, as a crowd gathers here in the evenings to run. The garden is strewn with hundreds of tall and lofty trees, where a congregation of squirrels and birds nest without rent. There are two drawbacks to this park, in my opinion. The first, that I have never seen the fountains in action. The second, that the garden is not large enough to insulate the noise on Mall road. 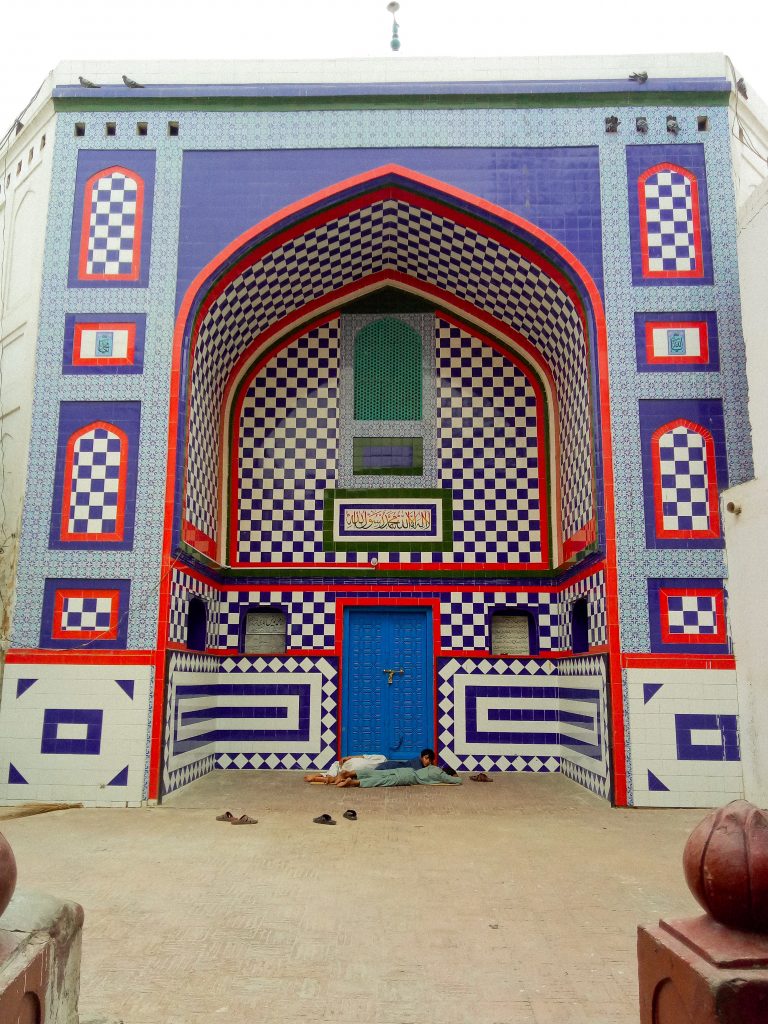 Inside the park, a young man was arranging roses on the Mazaar [shrine] of Baba Haji Mohammad Mast. I rested here for a while, under a shady tree, and then moved on. Outside GCU’s second campus (Bangla Campus) three tiny blonde children, probably hailing from the Northern Areas were begging for food and money. A little further, a man was selling Cheel Gosht [meat for crows and kites] to customers. When I passed by, a rickshaw driver stopped and bought meat worth 20 rupees. The meat guy spun the plastic bag over his head and the rickshaw few times and then emptied it for Aves on the footpath. 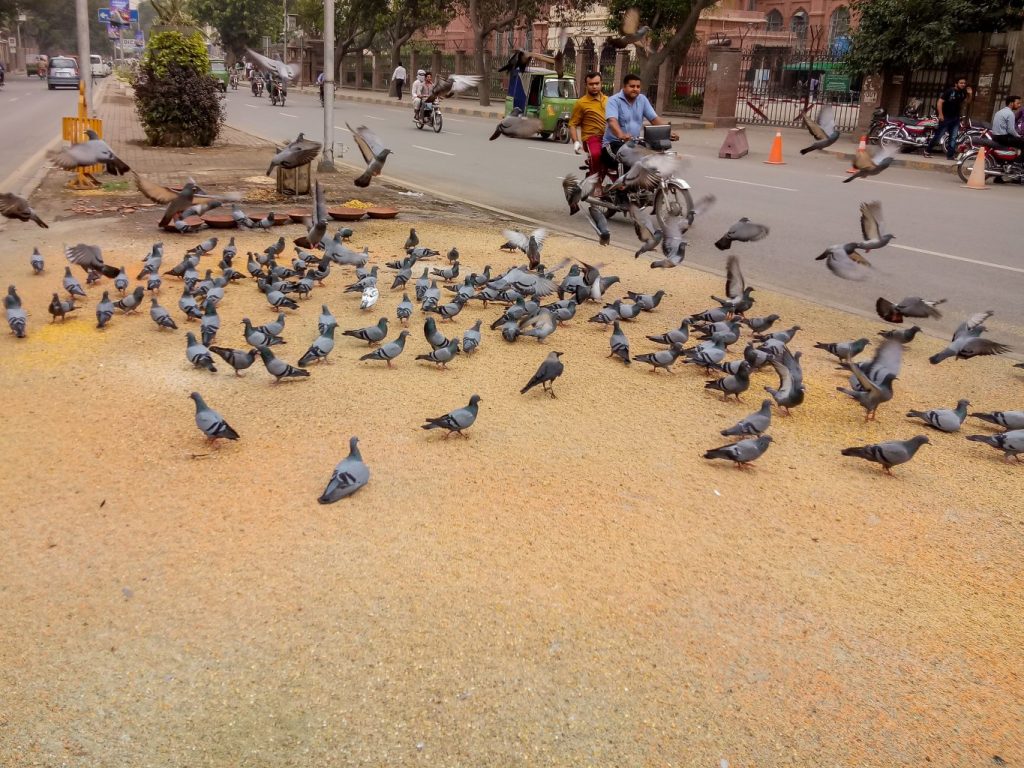 I walked forth, crossed the road close to Istanbul Chowk, and turned towards Old Anarkali along National College of Art’s wall. I couldn’t help myself, and so I provoked the flock of pigeons loitering on the carpet of grains close to Kim’s gun. On Library road, a young junkie lay on the footpath, barely moving. When I got closer, I saw him jerking off in the privacy of his stained and greased trousers. His face was sweaty. Sweaty indeed.

I had seen enough for the day, so I called it quits.

Tags:
A Page out of History, The Great Outdoors
Share: