Waffles by Alamgir is an ice cream kiosk that has been functioning for decades at Main Market Gulberg. Alamgir Ali is the man behind these famous waffle cones, respected by many in the city for his dessert.

After passing his matriculation exam, Alamgir uncle (addressed so endearingly by his younger customers) moved from Okara to Lahore and set up this small business. Now, it is a name that flourishes in all its brilliance among the international chains in Lahore.  Apart from ice cream, Waffles by Alamgir also offer a variety of coffee within a reasonable price bracket. After all these years of delivering exceptional ice cream and coffee, the name has built a level of trust among people.

Mr. Alamgir (in his own words) once forgot to add sugar to his ice cream and no one raised  a single complaint. It was only when one of his employees informed him about this blunder did he find out about it. Half of the ice cream had already been sold by this point. 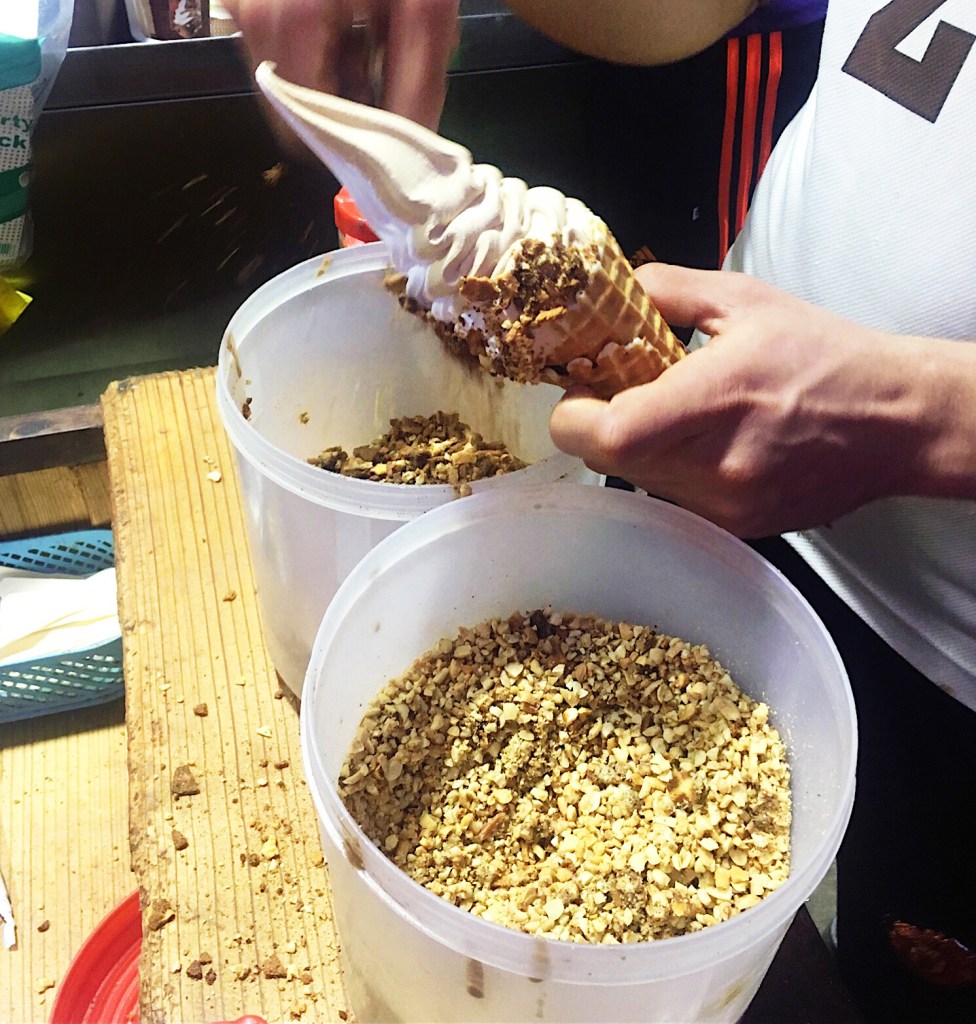 The kiosk is extremely crowded every time that I visit, mostly towards the evening. It was no different when I visited it for this review. I got myself a waffle cone, which is their specialty and retails only for PKR 100. This soft ice cream cone comes in two flavors; vanilla and coffee. I asked them to put both flavors on my cone. This soft-serve was topped off with a lot of nuts, chocolate and bits of the waffle biscuit.

Next, the waffle cone is wrapped in a tissue paper. Hygiene is key, folks. Despite the large number of customers at a time, the employees make sure each item is prepared with care and maintains a standard of cleanliness.

I settled down in my car carefully, performing a balancing act with the swirly treat, trying not to let even a single nut fall off. The first few bites of the ice cream are mainly just the nuts and waffle bits and a little bit of ice cream. That’s how generously they put these treats on each cone. This time I felt like I tasted peanut brittle (chiki) as well. As always, it was sweet, crunchy and heavenly. 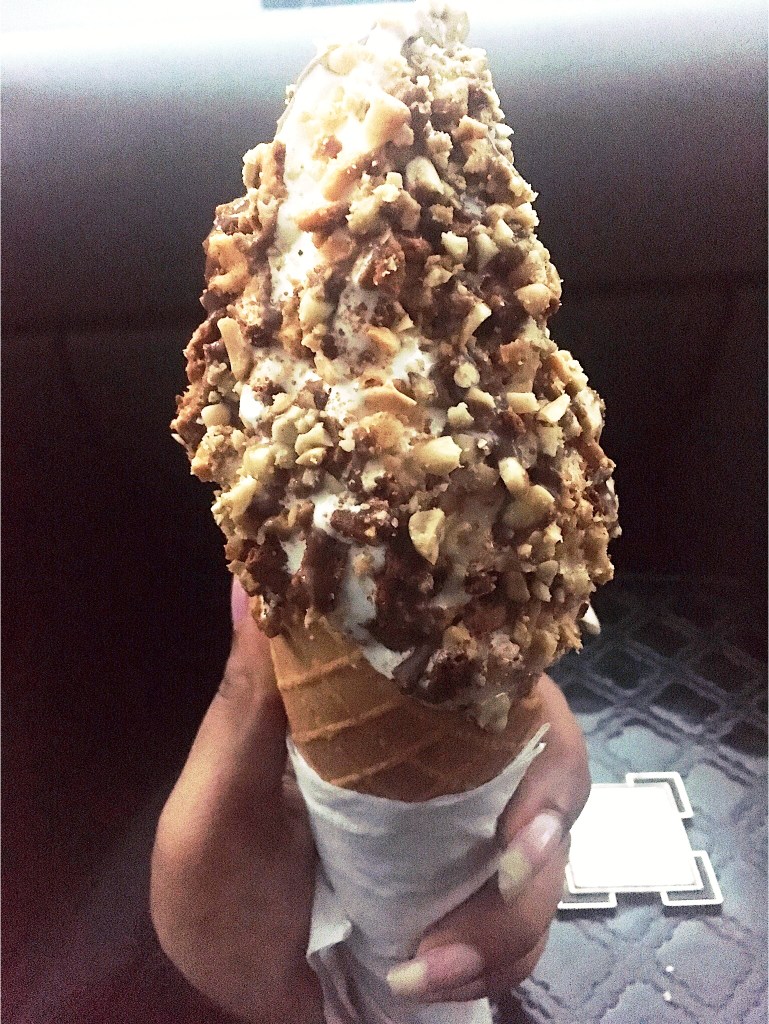 Eventually, I got to the ice cream, which was soft and had both the flavors distinctly represented on it. The waffle too was undeniably fresh and had a faint sweetness to it. It took me about 15 minutes to finish mine if I was ever able to eat the whole of it.

I would not recommend Waffles by Alamgir if you want to have a watchful cheat day since it’s a dozen more calories than you’d want. Other then that, it is an amazing place to swing by and experience sweet, sweet love in just PKR 100.