Tuscany Courtyard sits right across Tenth Avenue on MM Alam Road. It specializes in Italian food. This establishment projects class and elegance from all angles. It has an interior quite similar to a fantasy tavern, at the same time it gives off a homey-Disney-cottage feel. It is built like a castle courtyard with a beautiful round watchtower that has three tall arched windows. I grew up singing along to Disney musicals. Having something purpose-built to imitate a castle in my city is the best thing that could happen in the history of best things ever happened. 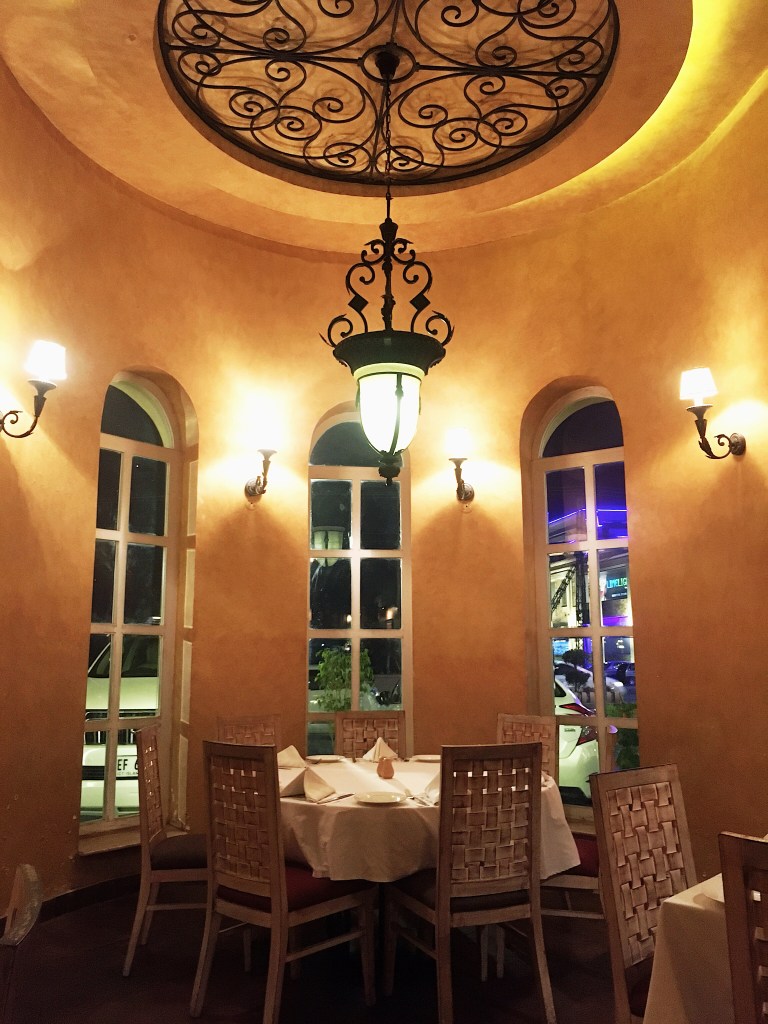 It was somewhere around 7 in the evening. The rain was pouring down; pitter-pattering on my umbrella as I struggled to get inside Tuscany Courtyard. The rustic brown interior had me feeling safe and cozy in just a few minutes. I sat across a faux red-brick square fireplace that was built over a grey stacked stone veneer wall. It was obviously not lit but still gave off a warm, homely feeling. Two large glowing lanterns were mounted on both sides of the wall. A golden globe along with a vintage compass and two glazed clay vessels were placed on the mantle above the fireplace. A wall rug draped ever so elegantly on the red-brick wall made it look even more incredible. I was still admiring the beauty of what was in front of me when I heard the clouds roar as though right behind me. I turned around and the three arched windows got my attention. That’s when I realized I was sitting in the “watchtower” of the restaurant.

Another element that I deeply adore about the restaurant is its medieval cartwheel chandeliers. Tuscany Courtyard sets tough standards with regards to the ambiance for its corrivals around the block. 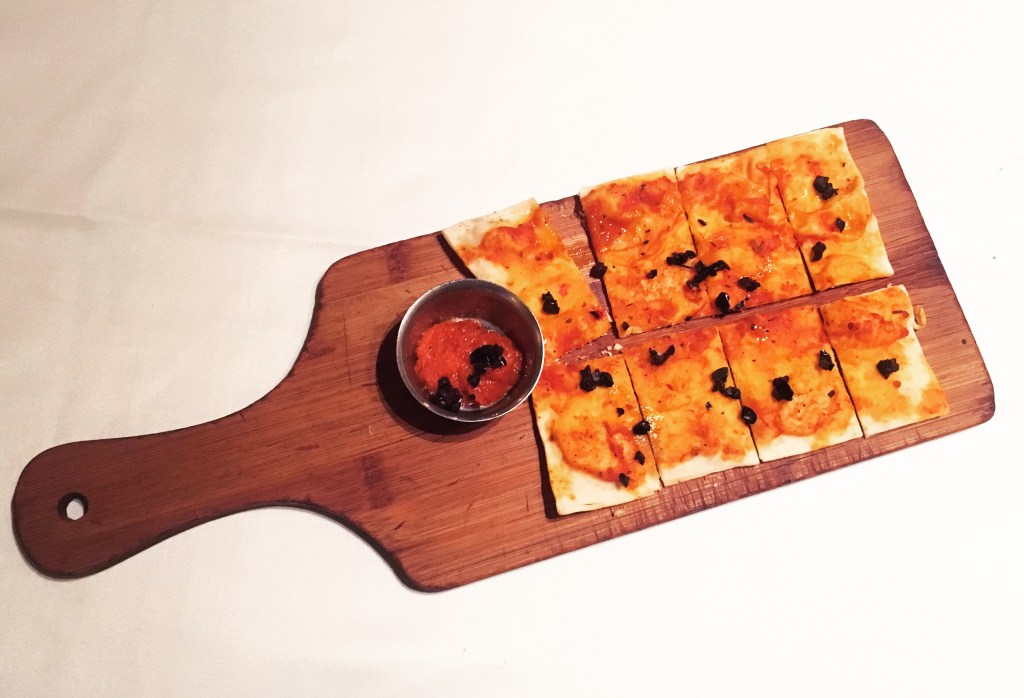 While I was still looking through the menu, I was served with water and complimentary thin crispy Focaccia with tomato paste and black olives. It is a yeast free bread/pizza that is usually eaten with a soup or stew but also makes a perfect appetizer or even a snack. The rustic Italian bread was crispy and crunchy indicating that it was freshly pulled out of the oven. It had the perfect amount of salt in it: very little. However I do think it would have tasted better if it was topped off with some freshly grated Parmesan cheese instead of the marinara sauce as it tends to make the bread soggy real quick. I ordered a flame grilled beef cheeseburger which was for PKR 695. I was served shortly after.

The burger had a juicy thick medium rare beef patty, topped solely with American cheese and a little bit of thousand island sauce. The black sesame bun was soft and airy. It was bland in a way that it did not compete with the flavors of the beef. Although the bun was good, it was too soft to serve as an adherent for the juices from the patty, due to which the second half of the burger started dissolving into the base while I was finishing the first. The burger did not have any vegetables on the inside but had a slice of pickle studded on each half of the bun. Without the unnecessary distractions, the burger had me truly focusing on the melting cheese with the sauce making love to the thick beef patty inside. It was tender to the bite but wasn’t crumbly. It wasn’t greasy and had the perfect balance of spices. I could see some of the chopped green chilies peeking through, but it was nothing too crazy. 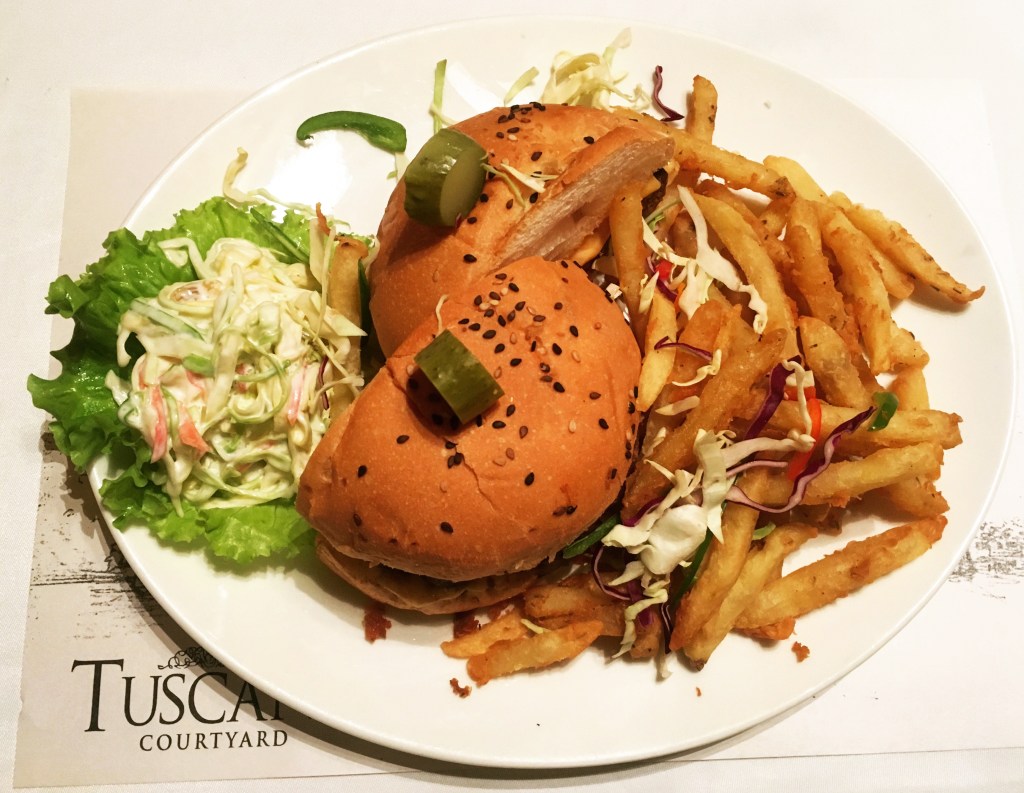 Howdy is known to serve the best beef burgers in Lahore but this little guy hiding in Tuscany Courtyard’s menu single-handedly destroyed the famous “Son of a bun”. It was served with crunchy coleslaw on the side resting on a fresh piece of lettuce and some french fries. To be honest the fries could have been better. They were a little too oily and did not have much flavor to them. Other then that, I was extremely happy with what I was served. 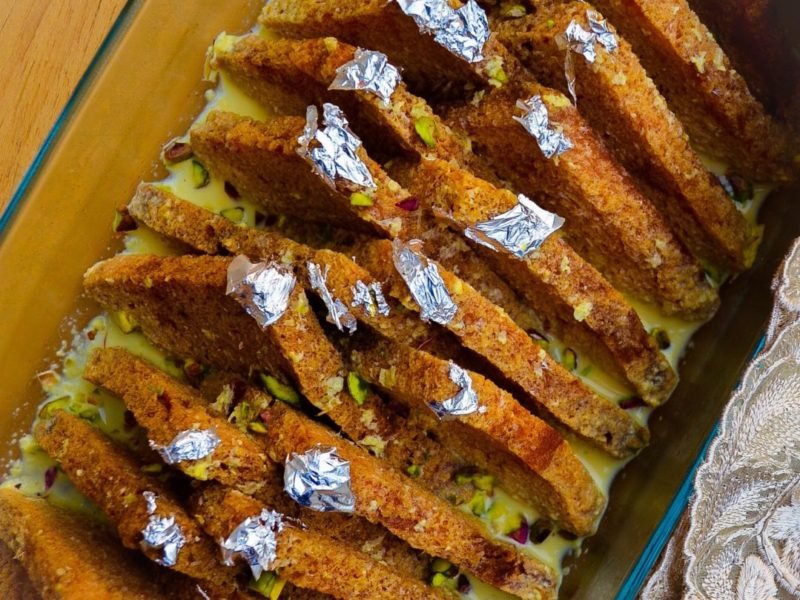