I’ve always found myself thrilled while venturing into the past, be it through reading about it or reliving it through my visits. Many give a wide berth to history considering its tedious nature, but I find its charms inescapable. The ruins of old buildings and artistically built monuments act as an eloquent reminder of human ingenuity. A few days back, while surfing the web for historical monuments, I was taken aback by discovering a Trafalgar Square replica in Bahria Town. Quite amused by the find, I immediately decided to pay it a visit. The real Trafalgar Square, which I have been lucky enough to visit, was built to pay homage to the Battle of Trafalgar. It is worth a visit because of the number of commemorative statues and sculptures; I wondered what its replica had in store for me. 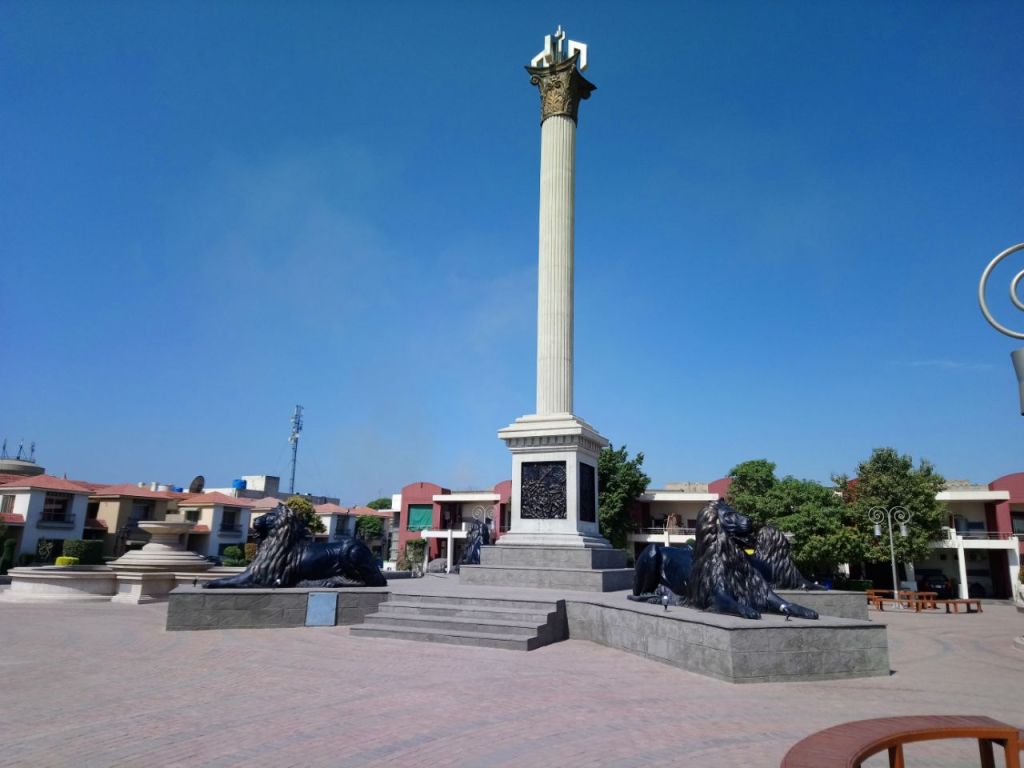 Visiting The Trafalgar Square- On a Budget

The large central column; originally known as Nelson’s column, stands proudly in the middle of the ground and is surrounded by four colossal black sculptures of lions. Their gigantic size and upfront paws, the thick manes and discernible ferocity, could scare anyone. These frenzied lions seem to be serving as guards to protect something extremely precious lying in the middle. I moved towards one of the sculptures to take in the details. When I shifted my gaze towards the column and noticed that it lacked the statue of Nelson.

After scrutinizing Nelson’s column and its furious guards, I explored the rest of the Trafalgar Square replica in Bahria Town. Following the pattern of the London’s Trafalgar Square, two fountains were also constructed at both sides of the Nelson column, however, they were inoperative during my visit. The russet wooden benches were occupied by a couple of men busy scanning every passer-by. 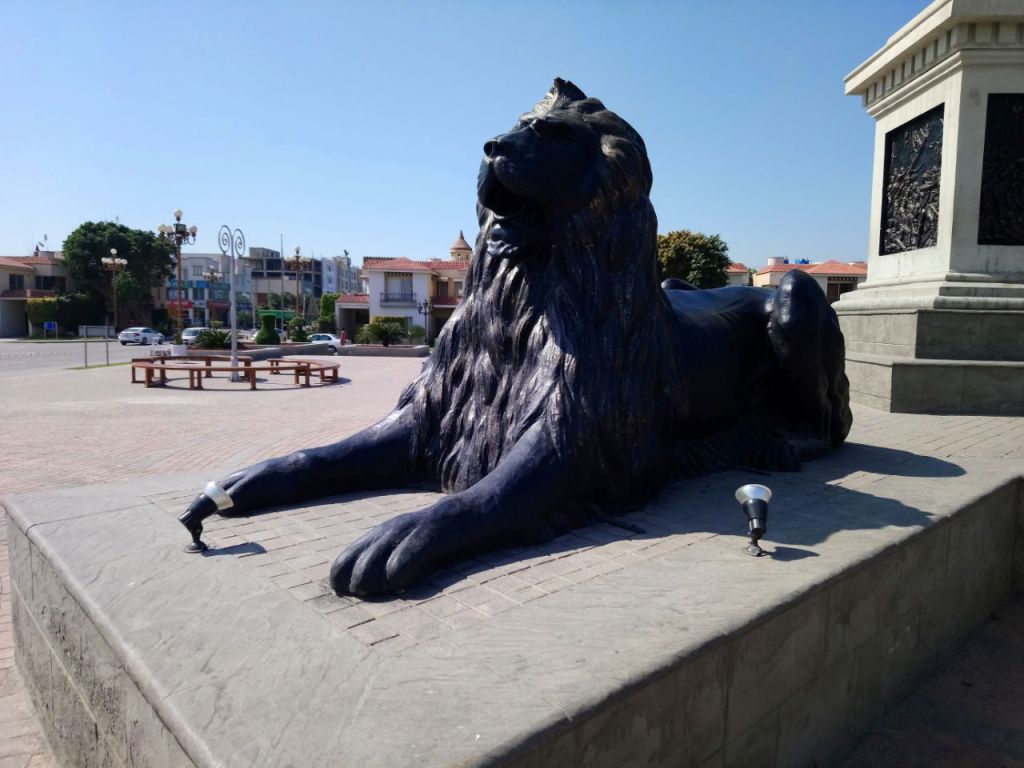 A small number of the children had assembled near the giant sculptures of lions while few of them were exuberantly hopping on them. They didn’t seem bothered by the petrifying appearance of the lion sculptures. I wanted to capture these sculptures in their full glory thus, I modestly asked them to spare the lions for a few seconds. My request was met with approval, and I hastily clicked pictures.

I continued traversing around the square till the sun dipped below the skyline and thoroughly enjoyed the nostalgia bought on by the Trafalgar Square replica in Bahria Town. This place is certainly an epitome of old and new times brought together.