For the last few years, every true blue Lahori has flocked to Coke Fest where the old and new of Lahore’s culinary scene come together in a three-day celebration of what we love most: food. This year was my debut visit to Coke Fest. For the past two years I’ve missed out on the event because of one reason or the other so this year I was hell-bent on making it to Coke Fest. The drive to Lake City seemed daunting initially, but once we hopped onto the Ring Road, we were there in 15 minutes. Having misread the event timings, we reached the festival before most of the vendors had which turned out to be a blessing as it gave us ample time to decide on which vendors we wanted to visit. Having come up with a list helped streamline the process as we hopped from one vendor to the other. While a few of our picks left us down in the dumps, some of the food we tried blew our socks off and oh boy do I have to share my top five picks of the festival with you or what. 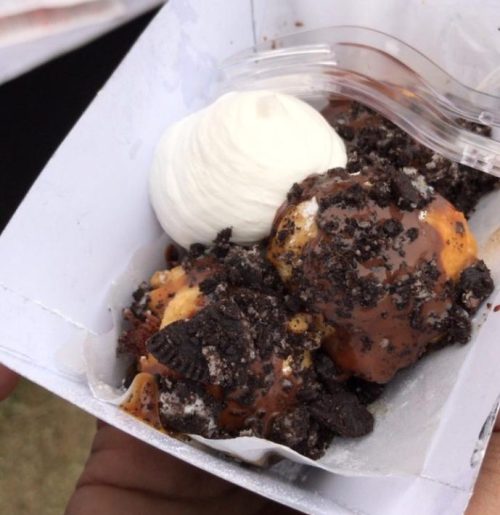 In the days leading up to the Coke Fest, Rina’s had been marketing two new bao buns as a must-try. These bao buns were the reason why we ended up at their stall in the first place. While my compatriots loved these, I didn’t find them to be anything special. So, when they topped it off with an order of Rina’s deep-fried cheesecake, I was a little pessimistic. However, when I popped one of those bad boys in my mouth, I wept with joy. The deep-fried cheesecake proved to be a revelation. Everything festival food ought to be, and then some. When I ran into one of the owners later on in the day I practically begged him to add these to their regular menu. He promised to look into it, I’ll keep my fingers crossed in the meantime. 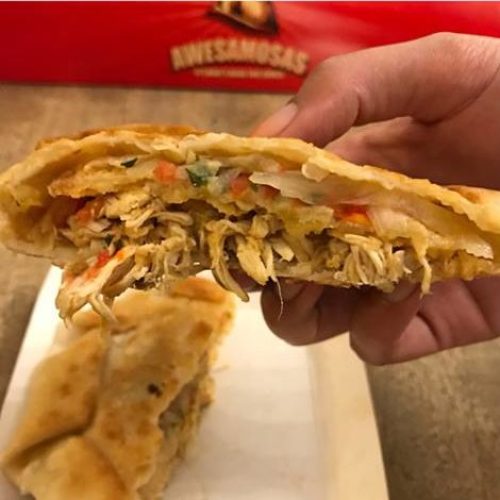 I’m not going to pretend that we at C+G need any convincing to rep Awesamosas. It’s a fact that anything Noorani does, we love. The reason being that Awesamosas is the only truly innovative vendor at every food festival. They take your average desi comfort food and spin it on its head which is why we were all pretty excited to try out their Doritos chaat and the Paratha Crunch Wrap. Both of these proved to be absolutely delicious and it took a lot of soul searching for me to decide which one I preferred. It was a close call, but the smoked chicken is what tipped the scales in favor of their Paratha Crunch Wrap. I drool as I type, and I’m going to call up Awesamosas to get my next fix soon. Maybe tonight. Probably tonight. 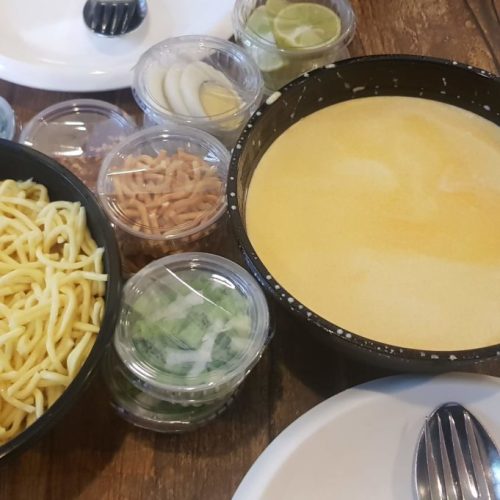 I had pre-decided and pre-announced that this would be my first stop at Coke Fest, and I am nothing if not honest. So we hit up Lily’s stall the minute we entered the venue. If you want to know how amazing their Khow Suey is, you need to read up. If you want to down a bowl full of warmth, you need to order from them STAT. And, if you need any more convincing, check out the video we just posted of our adventure at Coke Fest. The stall was perhaps the liveliest and most interactive, with the owners running patrons through the entire process behind assembling the bowls and taking time to introduce and educate everyone regarding the delicate flavors that makes Lily’s Khow Suey so special. We ended up taking some to go as well. 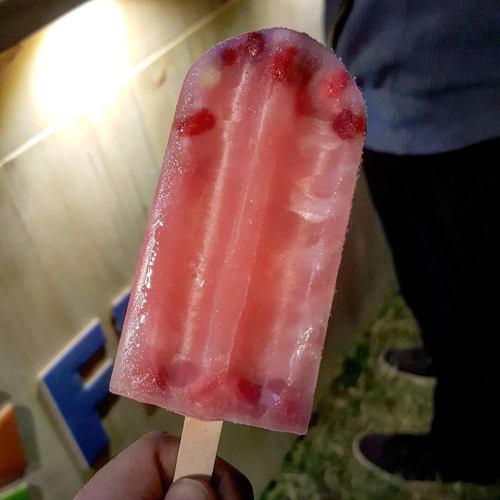 I’m not keen on popsicles, I find them unnecessary and I don’t understand why anyone would want to suck on fruit-flavored ice. Most popsicles are a sticky, sickly sweet mess. However, our dear friend Alizeh is a suck for most things frozen and while we were busy wiping out the remnants of our Doritos chaat, she returned with a pomegranate flavored ice-lolly. I’ve got to hand it to Frozi, they make some good-looking popsicles and when I saw Alizeh having such a nice time I was struck by a sudden case of FOMO. She was kind enough to let us all have a bite/lick of her popsicle despite our earlier scoffing. We ended up visiting the stall thrice that day and recommending it to anyone who crossed our paths. So good. So instaworthy. 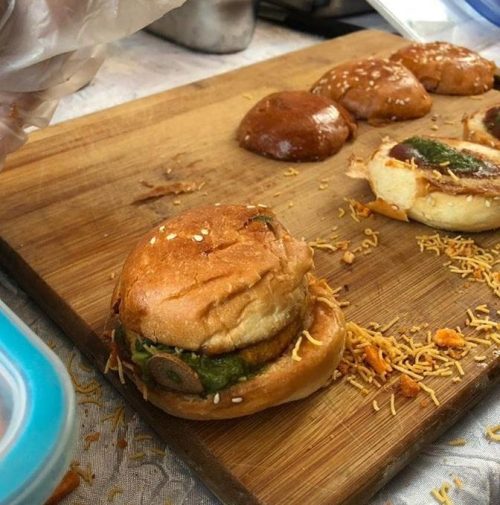 The reason we decided to try out Muneeze’s Vada Pav was two-fold. By this point, we had stuffed ourselves to maximum capacity and could not tolerate the thought of anything bigger than a few bites and secondly, everyone we ran into kept asking us if we’d tried the vada pavs. Aft5er being admonished for not having had these a handful of times we decided to head on over. We ordered a serving of churros, dutch pancakes, and vada pav. While everyone got busy with the churros I was left holding the vada pav and decided to dig in. By the time everyone turned to look at me, I was too far gone. The humble Mahrashtan street-side snack went down like a clown Charlie Brown. I totally get what the fuss was all about.

That’s all folks. Those were my personal favorites and I’m sure the team can’t fault me on any of my picks. I’m already looking forward to the next Coke Fest, and next time I’ll bring my stretchy pants.