Well if it isn’t Miss Everything-Happening-In-Your-City-This-Weekend, coming in fast with a massive old U-turn. I see the contradictions in my behavior but I can absolutely justify myself.

I know I try to shame everyone into making big plans every weekend. However, at the heart of every weekend smart list is an earnest attempt to get you to spend quality time with friends and family. Coincidentally, binging on TV shows is actually wholesome when you get a few people involved. There’s only one problem; it’s incredibly hard to find a series that everyone can enjoy. The only way to circumvent this problem, as per my own experiences, is to pick a food-themed series to watch.

There’s something about food in 4k that gets everyone equally invested and excited. Food shows are having a big moment on Netflix for Pakistan. We’re talking global series with huge production values that leave us spoilt for choice. I’ve got my top recommendations for you guys if binging is on your mind this weekend. 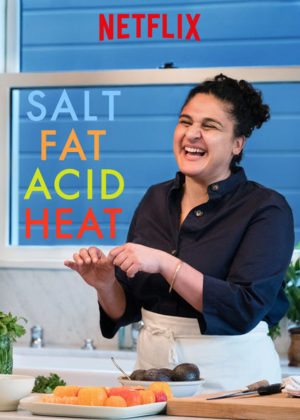 Number one on my list is the four-part featuring acclaimed chef and writer, Samin Nosrat. Salt, Fat, Acid, Heat is unlike any show on Netflix. Travel food shows are, more often than not, about white male discovery. Meanwhile, most instructional cooking shows are about white female domesticity. Nosrat tosses these stereotypes out the window as she marries the two genres into something that is her own. She does so with remarkable wit and affability which radiates throughout the series. When her adventures arouse jealousy, which they inevitably do, it never outweighs your fondness for her. 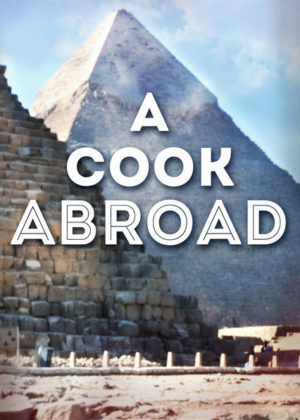 The series was originally created for BBC back in 2015 but I happened upon it a few months ago when it released on Netflix. There are six episodes which is the sweet-spot for binging, at least in my opinion. Six episodes which give way to six different chefs, locations and, adventures. The featured chefs travel to a different country, some of them for the very first time, in order to explore the various anthropological aspects of regional cuisines. Episode 2 of the series is incredibly moving. It showed a Sikh chef, Tony Singh, traveling to India for the first time in order to explore the history of Sikhism, food and his family, as well as how they tie together. Each episode is as wholesome as it is engaging. 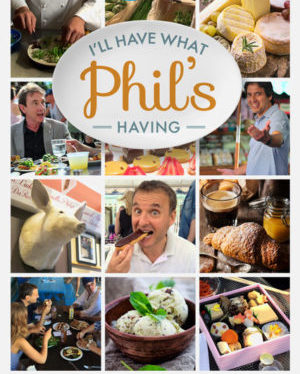 I’ll Have What Phil’s Having

We all know Phil Rosenthal as the man behind “Everybody Loves Raymond” and while he may not be edgy, political or even all that gourmet, Rosenthal is a very relatable guy. He’s able to use his everyman shtick to entertain and endear himself to anyone who watches this docuseries. The show follows Rosenthal as he travels to various exotic locations in search of food experiences and often ends up in accidentally adventurous situations. Rosenthal’s enthusiasm is infectious and his show reflects the typical travel experience that most people yearn for — a true sense of local flavor, people and culture. 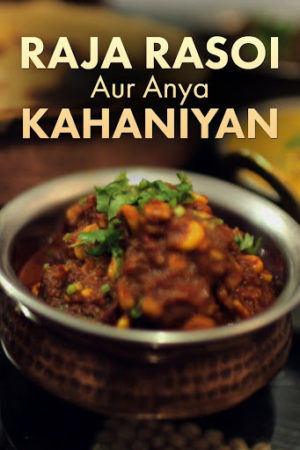 This Netflix series is an Indian special. The show explores the royal kitchens of India and each episode covers a new province, princely state or city. It provides a historical narration of the cuisine of the Indian royals, showing how dishes were discovered, and their significance in Indian history. The show features a combination of recipes using local herbs, rare fowls and elaborate preparation methods. Food writers, historians, and enthusiasts are invited on to share anecdotes on the food habits of the maharajahs. If you’re looking for the perfect balance between a historical docu-series and a food show, then this one will have you hooked from the minute you press play. 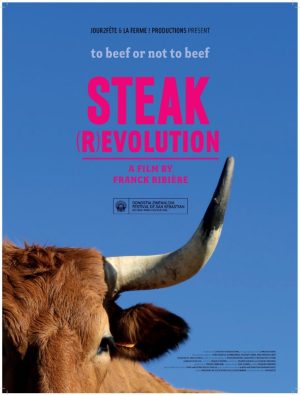 If ever there was a noble quest I can totally get behind; Steak R(evolution) is as gourmet as a road trip gets. A global pursuit for the best steak in the world finds Franck Ribiere navigating through Japan, Argentina, Brazil, France, Spain, the U.S.and many more destinations. He has exclusive conversations with chefs, farmers, butchers, steakhouse owners, journalists and experts about the many variables that affect the quality of our meat. The documentary also unravels how small-scale operations raised the bar of the entire industry as well as the rise of sustainable farming practices worldwide. Both informative and utterly tantalizing. If this makes you want to break out your cast iron pan, here’s a helpful guide to doing things right.

Tags:
A Page out of History, For the Squad, Late Night, Local Legends
Share: