Back in December, during a bomb evacuation drill in LUMS, I heard about Adil Lahori the Tonga Tour Specialist. An IT professional who loved Lahore so much that he ran a tonga tour company to help locals and tourists experience Androon – the Walled City – on horse-driven carriages as the royals once had. A quick Google search led me to a toothpaste advert that celebrated his efforts at cultural preservation. I can say with confidence now that this fame is well-deserved and fitting.

Our team still just consisted of three people, and Shameel and I jumped at the opportunity to take the tour to write about it while Shahjahan stayed at the office figuring out how we were going to pay for these work adventures. Honestly, we just wanted to meet this interesting local character and eat some life-affirming Androon food. We had no expectations from the tonga ride. Neither of us had been on one before. The plan was to just roll with it.

We met Adil at the Little Tollington Market at 7 AM for the Tonga Tour. He welcomed us with bright yellow scarves; a sign of respect in Punjabi culture. From a logistical perspective, the yellow was a great way of spotting tourists who might get lost in bigger groups. Adil had also bought fresh gajras (flower bracelets) for me, and introduced us to the horse pulling our open air carriage. Suzy. Like the famous, now-dead elephant at the Lahore Zoo. Liaquat, the tonga driver, spoke to her gently and she strutted into motion.

It was an odd feeling, being at the Tonga Tour. Oddly wonderful; wonderfully odd. To feel the cold, heavy winter air against your face, and to be able to crane your neck in all directions and see the city and its inhabitants, without the metal and glass of modern vehicles. An unadulterated vision of Lahore and its life. As we made our way through the narrow lanes of Anarkali, people waved at us. More accurately, they waved at Adil who had lived there his entire life, and who they seemed to adore. The sound of the tonga wheels on the road and Suzy’s hooves formed a soothing score to what felt like a homecoming of sorts. Immersed in the robust, romantic energy of the city in the early morning light, I knew why I had returned to Lahore after college.

The Tonga Tour began with a decadent Lahori breakfast. Adil had arranged for a table on the road outside of Sadiq’s. The chanay (chickpeas) – cooked in murgh yakhni (chicken stock) – had subtle, layered flavors. They were served with churned butter that was still on the cusp of being cream, meethi lassi (sweet yogurt beverage), airy, yeasty doodh-walay kulchay (fermented milk bread), and sujji ka halwa (semolina pudding) cooked in pure desi ghee. Adil ran a quick lap and brought us more chickpeas: the more traditional Lahori aloo (potato) chanay. Shameel and I were clearly biased though, and after a quick tasting, went in for seconds of Sadiq’s chanay. It would have been a great shame if we didn’t. We finished with karak chai (strong tea) and cigarettes. Locals going about their daily routine stared at us, and we stared at them. The eye contact was unabashed and direct, but there was no judgement. Fascination, perhaps, but surprisingly no judgement. (Mall 1 regulars, please take note.)

As we were driven around on the tonga by Liaquat and Suzy, I came to appreciate our guide and his intimate understanding of our surroundings. Adil was charming, resourceful and witty. He strode with confidence; his feet sure of the streets he has walked all his life. He told us how all the men in his large joint-family, under the watchful eye of the patriarch, still wake up for breakfast after the morning prayers, and then run a few miles to digest it. He played the flute for us at the Shahi Hamam, and bribed the guard so we could climb up the minarets of the Wazir Khan Mosque.

Throughout the tour, Adil pointed to the little things that urban brats like Shameel and I would have missed, or at least not been able to grasp the cultural implications of. The tanneries and their fumes. The rapid development of underpasses and overpasses. The trending nikkah ceremonies at Badshahi Masjid and the transformation of Gawal Mandi. The oldest cake shop in Lahore and its historical importance to the Christian community. Baking Virsa and the mercurial man who owns it. People selling used sweaters and jackets on the road. He pointed to the facade of the Ittefaq Refinery and mused about the political inclinations of the community in Androon. The Hindus, Jews and Jains that had once lived in the area. How people to this day will let strangers into their homes and throw rose petals from the rooftops to welcome guests. Families that have practically lived there forever, in houses with bricks from the Mughal era and wifi connections. The trust and collective security in the community.

As we drove back to the office after the tour, I looked down at my wrists adorned with the wilting gajras. My fingers were stained with paan (betel nut), and smelled faintly of the perspiration on Suzy’s brow. My belly and heart were full.

Tags:
A Page out of History, For the Squad, The Great Outdoors
Share: 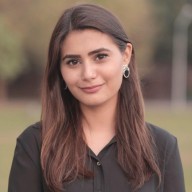