The Momos Shack: To Be Left Outside Alone

Askari 11 has been attempting to step up its food game. The latest entrant to the small food street within the community is The Momos Shack. The shack (read: cart) is four streets away from my place and I managed to rope in some friends to try it out with me last night. I now have fewer friends than I did 24 hours ago.

The Momos Shack has a cute little menu with six varieties of momos on offer – one vegetarian and five chicken. I usually have higher expectations from limited menus. Quality will shine, right?

We ordered a medium serving of everything on the menu, save the vegetable momos because they were unavailable.

Now if you’re thinking this is a good option for a quick bite, you couldn’t be more wrong; it took 45 minutes for us to receive half of our order. The gap in between servings was so prolonged that we were able to eat shawarmas to tide us over. This is problematic because our momos weren’t made from scratch. They simply had to be steamed and served.

The reason the wait was so unbearable is also that the momos really weren’t all that great. Far from it in fact. We kept debating and deliberating as to whether we should cancel our order and leave or just soldier on. We stayed, but we stayed whining. 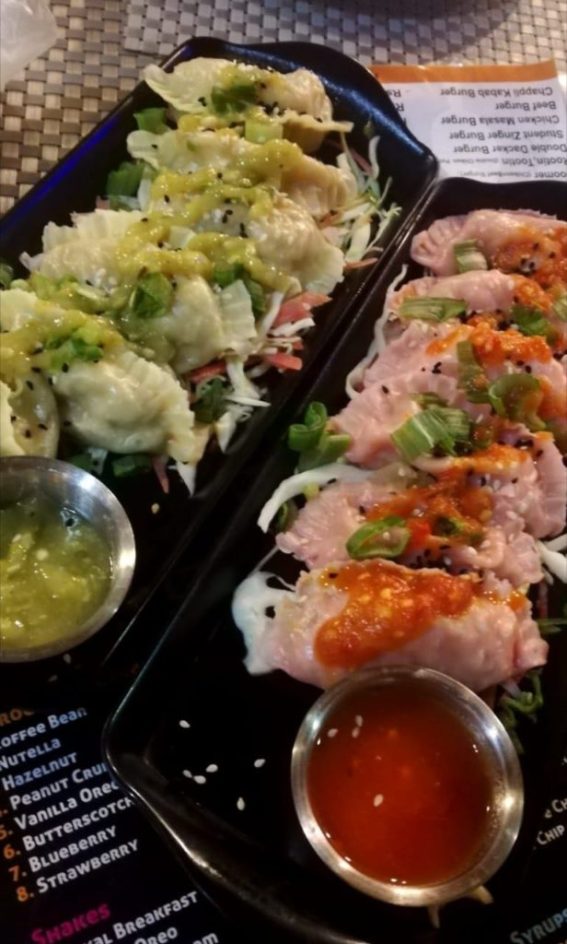 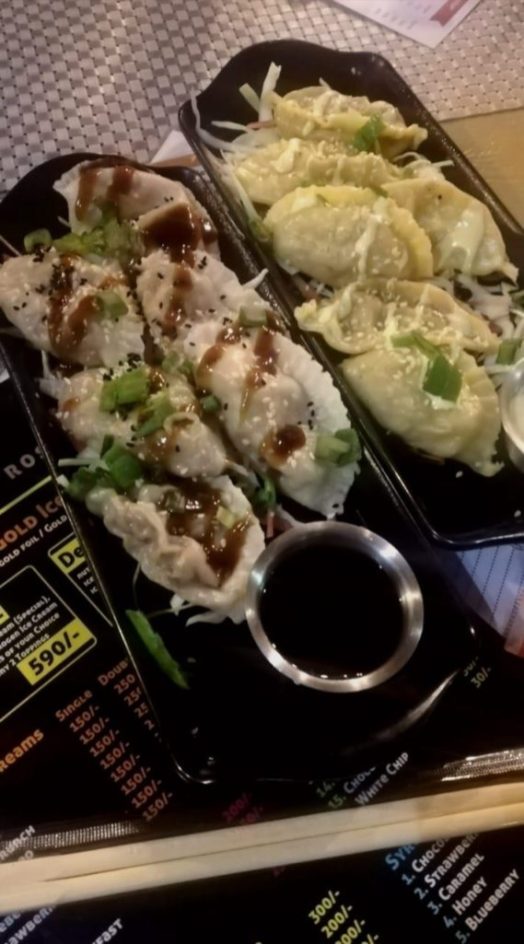 I could give you a blow-by-blow rundown of each variation that we tried but there’s no need for it because the problems were the same across the board. The wrapping was perfect but it’s what’s inside that counts, and the filling for each was terrible.

Chicken filling in dumplings is as tame (boring) as it gets, and the fact that The Momos Shack was able to mess it up shocked me. The mince was too fine and there was no bite in the filling despite the heavy-handedness with cabbage. It was a dry mush held together with black pepper and pockets of dry spices. The only way to tell any of the dumplings apart was based on the sauce drizzled on top of them. And that’s another story.

None of these sauces were housemade, to the best of my knowledge, which is another point deducted. Extra tangy, peppery, and completely off the mark, the potential saviors to this meal ended up needing some saving of their own.

The flavor of the meat was entirely absent, as chicken often is. But even with the black pepper blitz, I’m certain that the poor chicken never stood a chance.

The dumplings were lackluster, the service was painfully slow and there was no redeeming that night. I  grabbed a waffle from the CVC stall nearby in hopes of ending the night on a high note but I was so bitter about my Momo Shack disaster that I ended up tossing the cone before I got to the waffle bit.

4 of the 5 people there vowed to never come to Askari 11 again. The one who didn’t simply couldn’t; it was me, I can’t leave home. Thanks a bunch, Momo Shack, I’ve got to find new friends.