Takht i Bahi: The Spring Throne of Civilization

When the Huns raced across the subcontinent during the 5th Century, their path was strewn with destruction and devastation. Buddhist monasteries and temples were targeted alongside the usual villages and settlements. Of the few that survived the invasion, the ruins of the famed Buddhist monastery, Takht-i-Bahi are considered the most well preserved to date.

History of Takht i Bahi

The monastery witnessed a slow decline all throughout the 7th century as the influence of Buddhism waned and donations to the monastery dwindled. It was eventually abandoned by the monks, only to be rediscovered during the second half of the 19th century.

Owing to its location on the crest of a hill, it was able to remain largely unscathed and still retains much of its original character. The monastic complex of Takht-i-Bahi is situated on top of a 152 m high hill, about 80 km from Peshawar and 16 km north-west of the city of Mardan. It derives its name from the spring on the hilltop, and translates to ‘Spring Throne’. Takht i Bahi was declared a UNESCO World World Heritage Site in the 1980s. 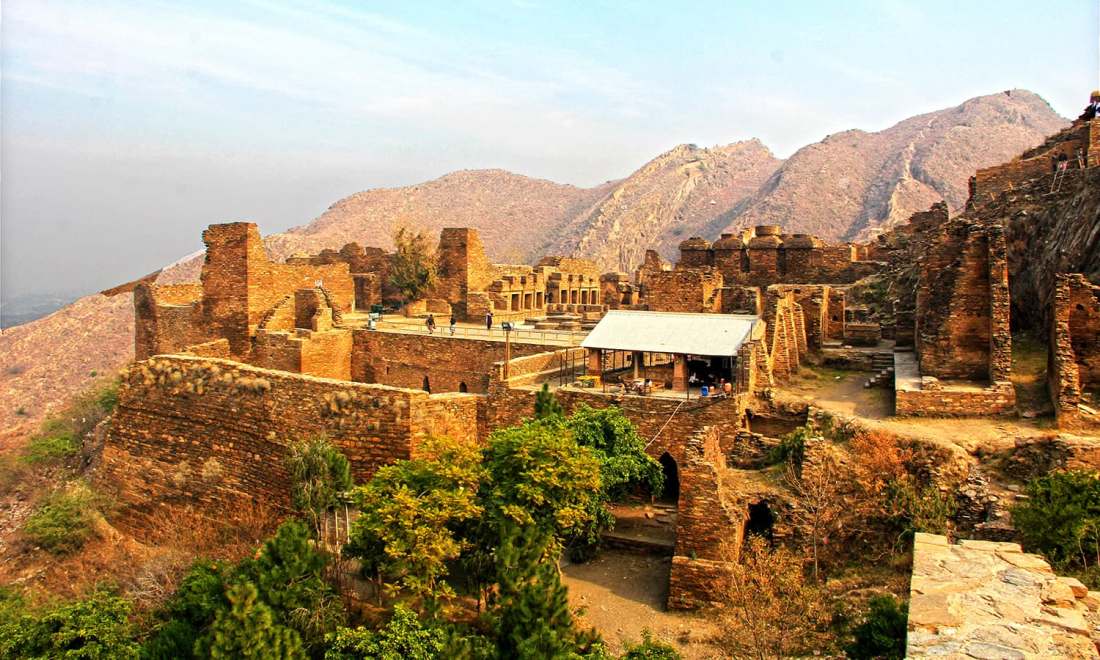 The Takht i Bahi Complex

The complex consists of a main Court of Stupas, meditation cells, meeting halls, and covered passageways. The Court of Stupas is surrounded on three sides by open alcoves and chapels. The monastery to the north is a two-story structure consisting of an open court, ringed with cells, kitchens and a refectory. The monastery was constructed out of stone, held together by a mixture of lime and mud. The area surrounding it is now used by locals to cultivate vegetables, maize, wheat, sugar cane, and orchards.

The Takht-i-Bahi monastery is a great place for travelers with an interest in history, antiquity, and archaeology. It can be traced as far back as to the 1st Century. The monastery is a symbol of the architectural complexity of Buddhist monastic complexes, and a wonderful introduction to Gandharan Buddhist architecture for the uninitiated. Its construction can be accurately traced back to the start of the first century.

The grandeur of its architecture and serenity of its location make it a popular destination for travelers, especially in the months of September to April. In recent years, travel companies such as Find My Adventure have started organizing guided tours to the historical site of Takht-i-Bahi, encouraging local tourism and exploration. Pakistan is home to several historical sites and ruins of ancient civilizations, but none quite as astonishing as those of Takht i Bahi, which attracts Buddhists from all across the globe. Plan your next visit to Khyber Pakhtunkhwa with Takht i Bahi in mind.

Tags:
A Page out of History, Instaworthy, Local Legends
Share: