On Sunday morning, two friends convinced me to accompany them to Sozo Water Park despite my fear of water. I told them, “nobody goes swimming in this hot weather.” But they did not accept my excuse and insisted on dragging me along. 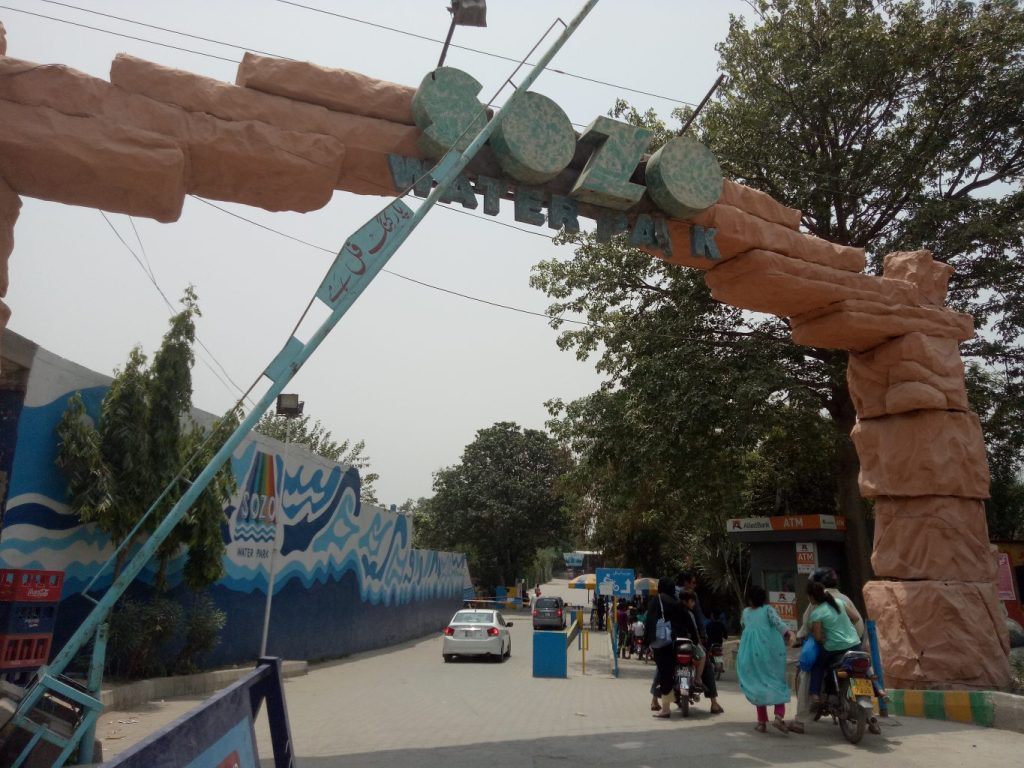 My friend drove us along Canal Bank Road to Sozo Water Park. From the vehicle, I saw people of various ages bathing valiantly in the brown waters of the canal, and jumping into it like professional swimmers. I also noticed buffalos submerged in the dirty democratic river along with humans. Mothers could also be seen holding their children in the muddy waters.

Lahore needs a beach! I wish we could borrow one from Balochistan.

After we entered through the main gate, I realized that we were not alone. A long line of motorcycles awaited security checks before entry into Sozo Water Park. Entire families appeared out of vehicles and young men loitered about as if invited to a wedding feast. We bought tickets and went inside. What chaos! 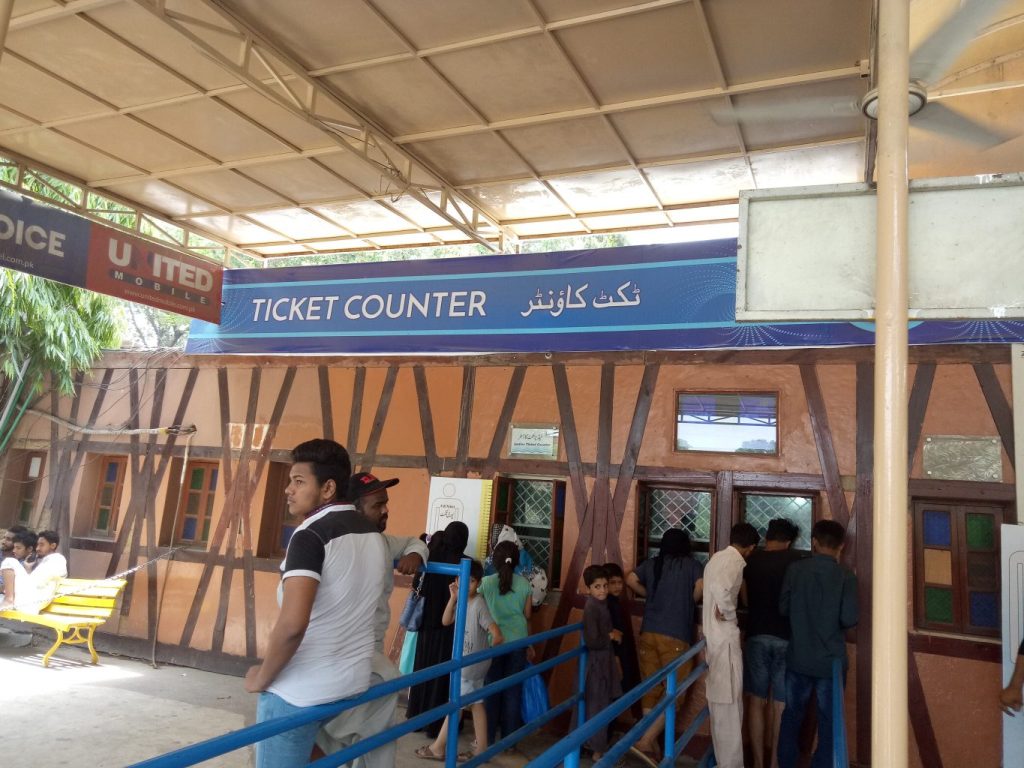 On the right, there were two or three snack shops, from which people bought snacks and beverages. On the left side, there was a convoluted hall with locker rooms, where people stored their mobile phones and valuables. There were aquamarine canals and pools filled with water, in which boys bathed. Women, as soon as they entered, hurried towards the segregated ladies portion. A friend started analyzing the segregation of women in public spaces and compared it to the conditions of the black community in America. Thereon, we made sure he didn’t sell us his expensive thoughts on marginalization in an amusement park. A little distance away, I saw a high slide on which young boys came gliding down. 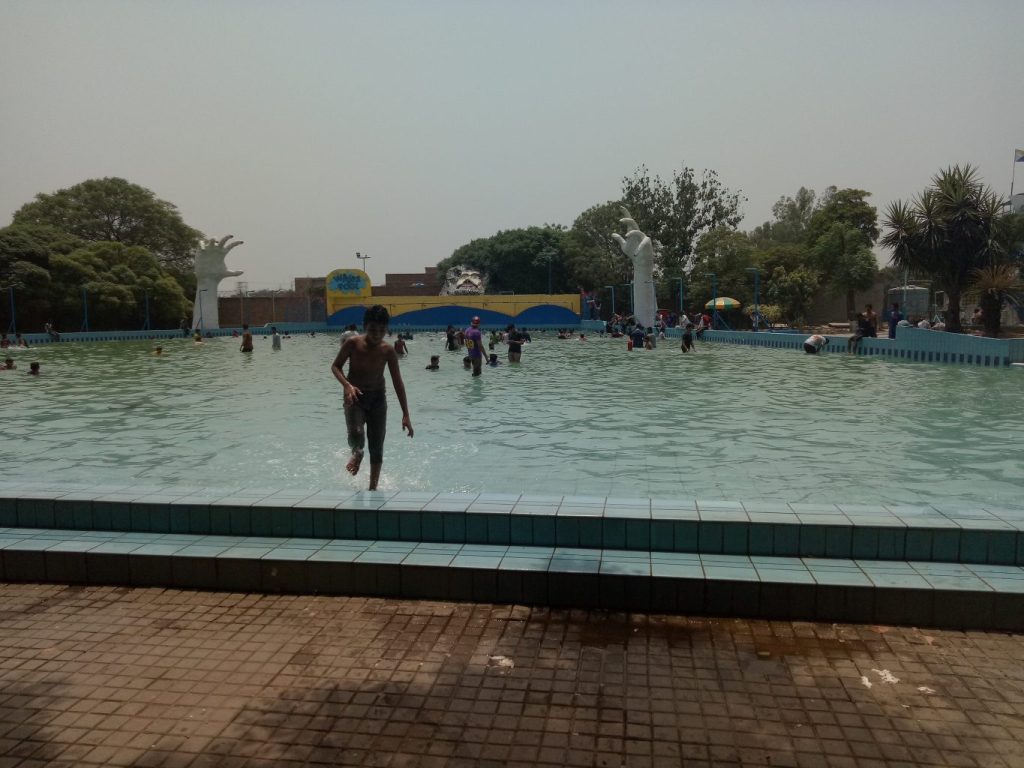 After changing clothes, I climbed straight to the highest slide with the gait of a martyr. My heart was beating as if awakened in shock from sleep. I had made the valiant decision on the way that I would break all enmities with water and heights at Sozo Water Park. On the top of the slide, for few moments, I thought that I was not accountable to anybody, and could step down. But then, I knew that my friends were waiting to see me slide. If I did not, it would turn into a running joke, which they would keep alive and drag for months to vex me with. I climbed the slide, held my hands behind my head as directed, and instantaneously slid down to the end. Although I hurt my hip bone a little, the excitement I felt was incomparable. Of course, I climbed the slide again in celebration and with more firm steps. After that, we enjoyed ourselves in pools of different depths until we got tired.

Sozo Water Park prides itself on being the only waterpark in Pakistan that also has a separate portion for ladies. The park serves the public with the facilities of washrooms, lockers, and canteen apart from swimming pools and slides. It provide slides for the adults, but also for children as small as five years old. 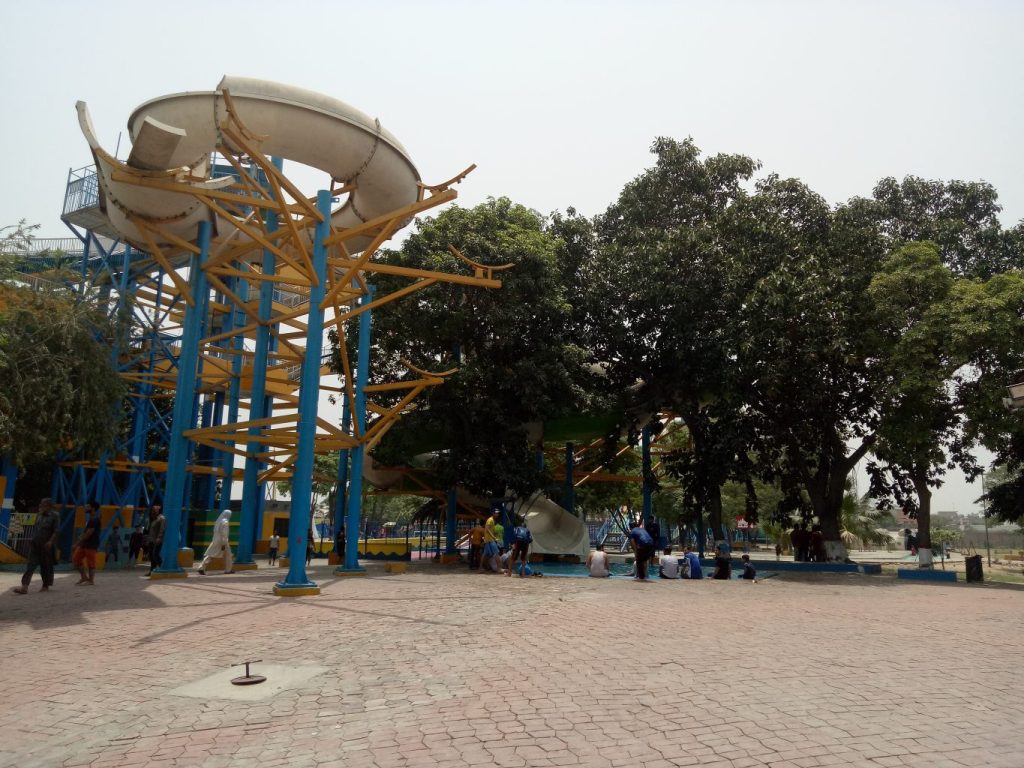 To sustain the hygiene of water, it is treated with several chemicals to maintain conditions in which it becomes difficult for bacteria to survive. The acids cleanse the water of possible algae presence. To remove solid waste, the water passes through rocks and silica of different sizes. Also, robots, imported from the UK, clean the bed of the swimming pool at night. Although their website claims that slippers and jeans are not allowed, I saw people swimming in their jeans. Besides, it did not seem like the authorities forced everybody/anybody to take a shower before entering any of the pools. Young people bathed and enjoyed themselves boisterously without worrying about cleanliness.