Sightseeing Lahore Bus Tour: A Guided Tour Through The City

Sundays have always been family days in the Rishi household. Nobody questions the rule, they just accept it. Being the last of my generation to enter this culture, I’ve had the least amount of time to adopt said rule. This, of course, is a lousy excuse: two decades are more than enough. But – lo and behold – for the fifth Sunday in a row, I left the house super early to pick up a friend.

I should give you some perspective here: I’m leaving Lahore soon and while I’ve had six years to explore it, I haven’t really gotten ‘round to it. You get? So, weekends are my day-and-a-half to go around the city and gain the kinds of experiences I’ve made it my self-proclaimed mission to have. 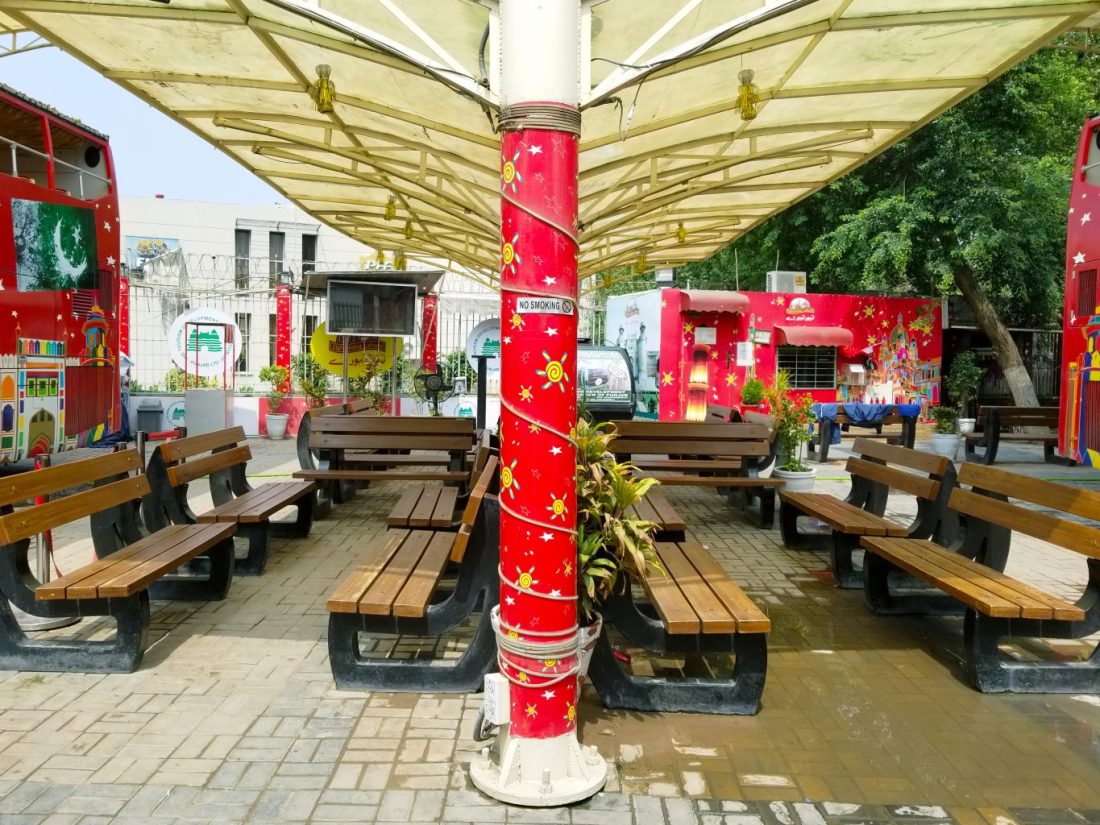 The Sunday in question, I decided to hop on the Sightseeing Lahore Bus (and then its upper deck) to get schooled in the geography and culture of Lahore. In order to do so, I looked the service up online a few days in advance, checked its schedule and booked four seats for their trip on Sunday morning. Monsoon had made the weather favorable over the past few days, and I hoped that the rain clouds would accompany me the next morning. They didn’t.

Understandably, not many people were keen on accompanying me in this heat either, except one friend. Did I feel sorry for her when I pulled her out of bed? Maybe. But got her ready I did and we were on the road, headed for Gaddafi Stadium around 9:30 AM. 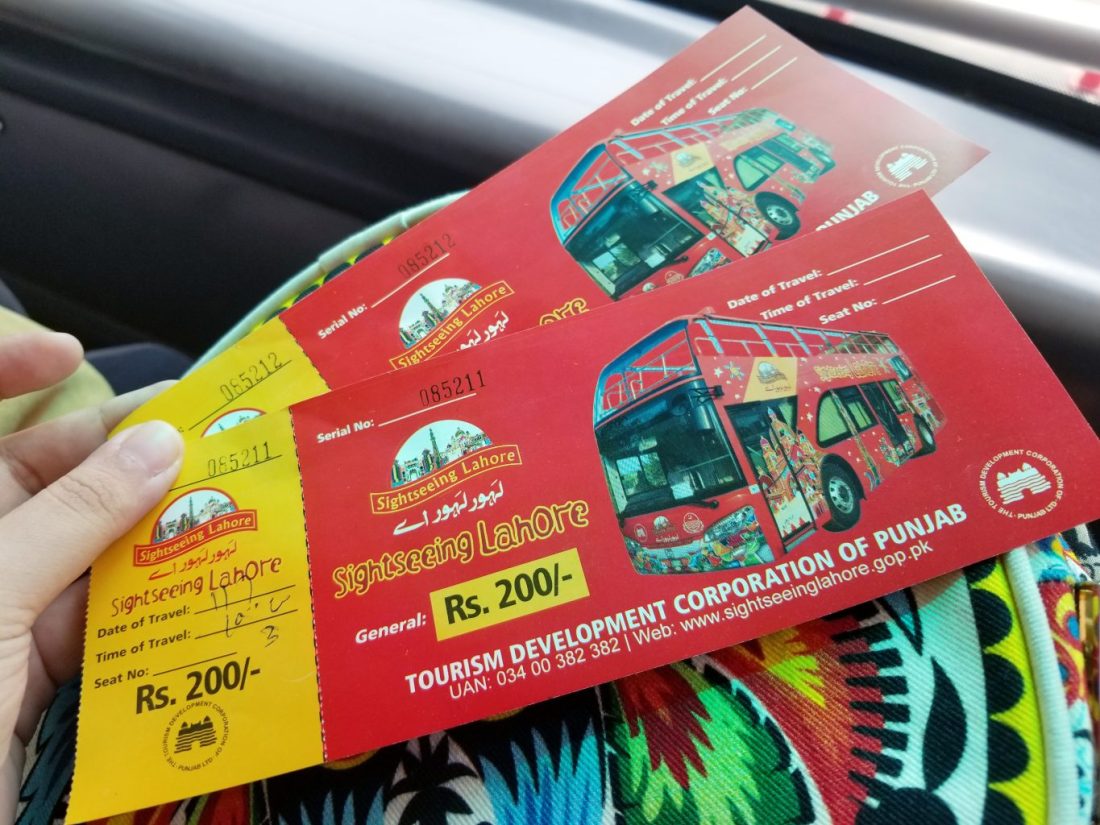 On our way, I received a call confirming my booking. I had to ask them to make it two seats instead of four (people suck). The operator asked when I would be at the bus stop. I said, “9:45” but we actually got there around 10 AM: the exact time the bus was to leave.

My friend quickly bought bottles of water and a packet of Super Crisps from a small shop just outside the booking office. I meanwhile, headed over to the ticketing booth for Sightseeing Lahore. I was prepared to pay extra for seats on the upper deck but, to my surprise, a ticket for any seat on the bus cost PKR 200. That was nothing.

The small compound that served as the depot for Sightseeing Lahore was charming. It was built around an old tree, with smaller vines around its trunk. A green makeshift canopy covered a number of benches, where sat around fifteen people. Didn’t have to stand anyone’s body odor, no siree.

We were able to find seats on the upper deck which – let’s be real – is where you wanna be. I didn’t understand why anyone wanted to sit behind the sealed windows below. Tractors and public buses looked minuscule from my vantage point atop the Sightseeing Lahore bus; the canopy above it blocked the sunlight, and the morning air brushed against my face. 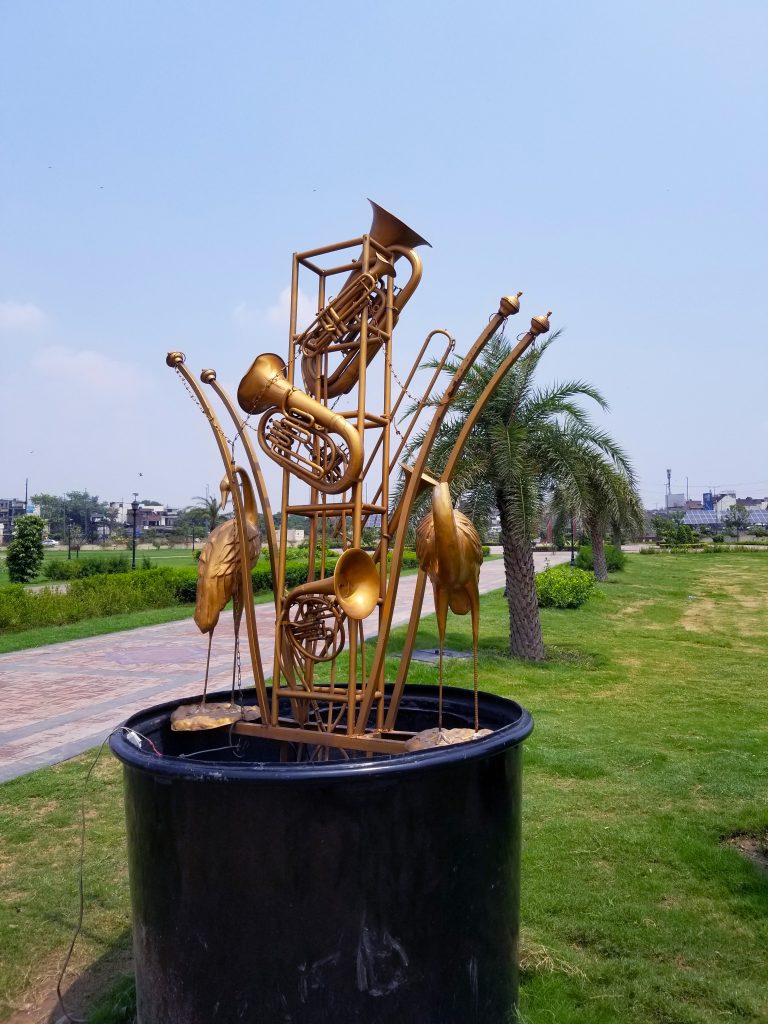 As soon as the Sightseeing Lahore bus began moving, a guide appeared on the upper deck. Far too energetic for the lethargic, Sunday-morning crowd, he introduced himself as a ‘Lahore Enthusiast’. I, for one, wasn’t prepared for this. My friend, who’d been on sightseeing buses in the Middle East, didn’t feel the need to inform me either.

So this man stood right in front of me, while crumbs of Super Crisps decorated my shirt. He began telling us about the sights around us. Guess this was going to be literal. I tried to tidy up, but there was no use. Before I knew it, his microphone was in my face and he was asking me where the Lahore Canal came from.

Laughter erupted in the back of the bus. Not only was I wrong, I had completely missed the question. It was a tributary of the BRB Canal, of course. I should’ve known this, seeing as it was a measly ten minutes’ drive from my university.

Kicking things off with this marvelous first impression, I was a silent observer for the rest of the journey. My friend, on the other hand, was interested in mucking about. On Jail Road, the guide asked if anyone had studied at Kinnaird College and my friend shot up her hand. Liar. She hadn’t even lived in Lahore before 2018! The guide remarked how he had never been inside this all-girls university, and continued asking her about life at Kinnaird. My friend met the question with fabricated responses but, for better or for worse, she had left everyone believing she had, indeed, studied in this historical university.

Since I’ve been reading a lot about Lahore at work, I didn’t think there was anything new I could learn. Wrong. For example, I found out while we were on Mall Road that you can’t see inside the High Court from regular cars or buses, given to the height of its boundary walls. But, for the first time, from my raised platform, I was looking at the beautiful structure in its entirety.

I learnt for the very first time that Lahore was officially divided into three wings: Modern Lahore, Old Lahore and the Walled City. My Lahori team would have been proud. Within just thirty minutes, we had moved from Modern, to Old Lahore and eventually reached our destination: The Walled City. 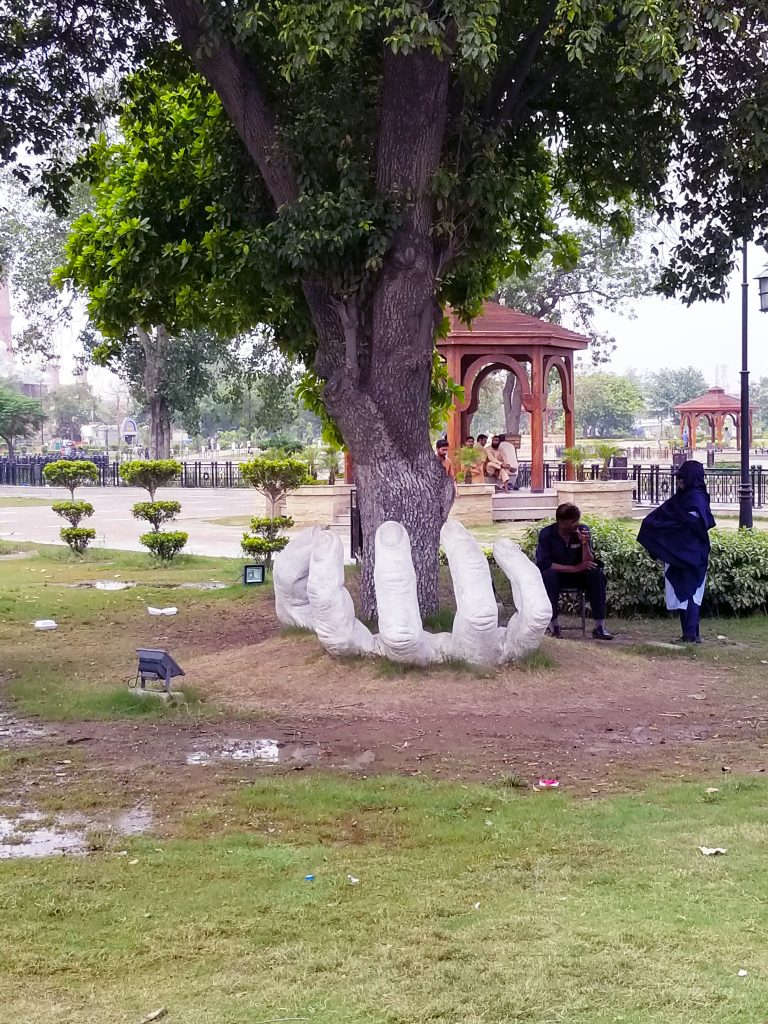 The Walled City is what Lahore was during Mughal Rule. However, the Old and Modern city has left its mark here as well. Case in point: Greater Iqbal Park, our destination. With the Badshahi Mosque as its backdrop, the park holds Minar-e-Pakistan, a remnant of Old Lahore, and the National History Museum, which had in fact begun operations this very day.

The Sightseeing Lahore Bus was to take us here and let us explore the area for an hour. I dreaded this part, given to the weather. We disembarked around 11 AM, and the sun followed us everywhere we went. Since it was quite early, we didn’t come across any stalkers the park is fabled to attract. Shame.

Despite the heat and my friend’s lamentations, I couldn’t help but be gleeful. This was the first time I had seen Minar-e-Pakistan in the flesh. Let me tell you, no amount of bad weather could’ve distilled me from savoring this moment. We visited the National History Museum as well, mostly to find some air conditioning. We were in for a surprise, however, one that I will reserve for another time. 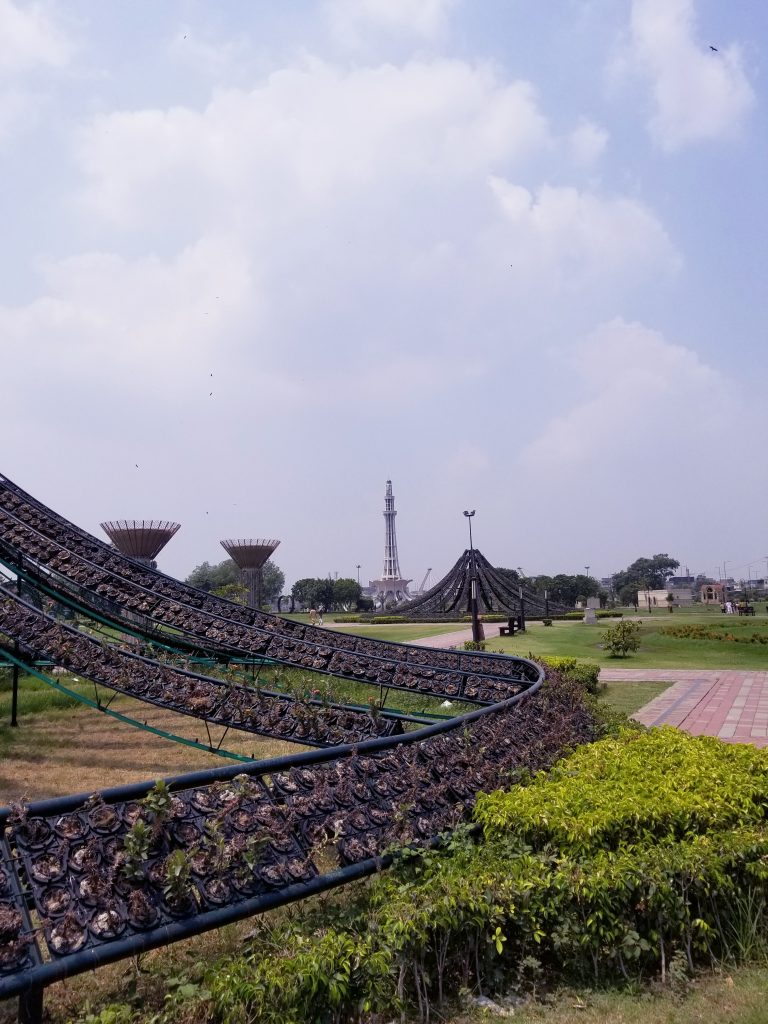 We left Greater Iqbal Park for Gaddafi Stadium after an hour. On our way back, we listened to music. Lahore Lahore Aaye greeted us a total of three times, along with other patriotic songs. Sitting there, in this overdose of Lahori-ness, my friend and I ended up dissecting the songs’ lyrics, and how much effort the lyricists had put into penning them. Lahore Lahore Aaye alone mentioned Fortress Stadium, Gaddafi Stadium, DHA, Model Town and Gulberg by name. That’s intense, man.

In an hour, we were back in Gaddafi Stadium. As we got off the bus, we were asked if we wanted to become a part of their Wagah Border Tour later in the day. I’d promised my friend a nice lunch, however, so we opted out. I have a feeling I’ll be dragging someone else with me for that one in a week or so.