The several stories associated with Shah Abdul Latif Bhittai led us to the poet-saints tomb one morning, in order the satiate our curiosity. It was a three-hour drive to the small town of Bhit Shah where he is buried.

We found lodging at a guesthouse which was a five-minute drive from the tomb itself. An uphill pathway led us to the gates of the mazaar, on both sides of which several small souvenir shops were set up. On offer here were different ajrak printed clothes and bags, ethnic jewelry and miniature replicas of the damboora played in the courtyard of the mazaar. The top thirty-six surr (rhythms) written by Shah Abdul Latif Bhittai echoed across the vicinity, ringing in every corridor. The caretaker family consists of one hundred and one members who are fluent in Qadeem Sindhi and have been passing down this art for generations. The mazaar houses the graves of their ancestors as well as the tombs of several lesser known saints.

Shah Abdul Latif Bhittai (1689-1752) was a great Sufi scholar and saint and is considered as the greatest poet of the Sindhi language. He settled in the town of Bhit Shah in Sindh where he wrote his most famous works. These were compiled into Shah Jo Risalo; a treasure house of wisdom as well as romantic folklore and fine pottery. He founded a frenzied and fervorous musical tradition of his own; love-intoxicated kafis (poetry) to the strains of yak-tara (single string instrument). 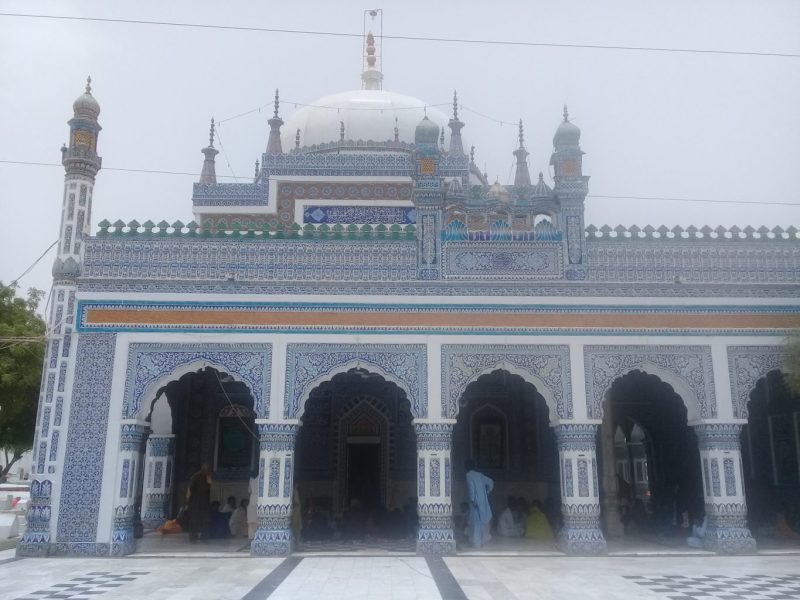 Towards one of the entrances was a four-hundred-year-old well which had been preserved and is the solitary source of fresh water in the area. A glass case in the courtyard held a three hundred and fifty-year-old Quran handwritten by the Shah himself, alongside a book of all of his notable writings. We were extremely lucky to have one of the family members guide us across the area. We came across an ancient tree with strings wrapped across its bark and branches; the wishing tree has been visited by people for decades with hopes of being granted their deepest wishes.

The actual mazaar of the Shah was decorated with a multitude of colored cloth and mirrors which created a kaleidoscope of colors inside. Shah Latif’s relics are also preserved at the mausoleum including a “T”-shaped walking stick, two bowls, one made of sandal-wood and another of transparent stone, which he used for eating and drinking. His long cap and his black turban are also preserved. 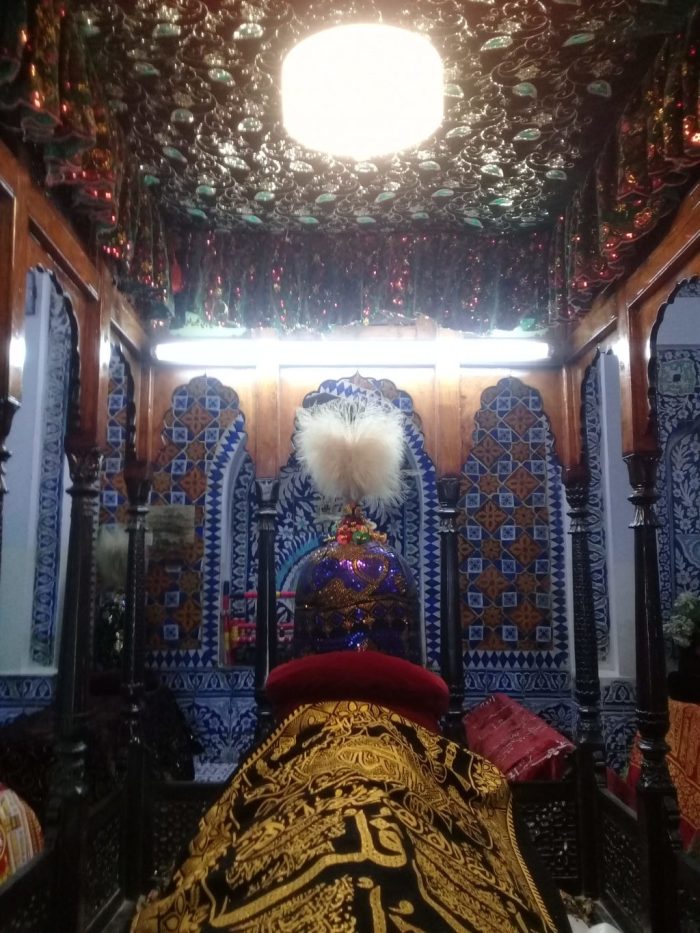 The symmetry and design of all of the tombs were similar except that of the tomb of a Hindu faqir. His grave was hidden behind four walls, lest someone attack and tries to destroy it. The designs are incredible and so is the architecture but the most defining feature is the soothing, serene music which plays all across the mazaar.

A place like this doesn’t discriminate between people – Christians, Shia Muslims, Sunni Muslims, Ahmadi Muslims are all welcomed and served food from the langar. The spirit of inclusivity runs through the small town of Bhitt Shah.

Tags:
A Page out of History, Local Legends
Share: