Seven Ate: The Chicken Across the Road

DHA Phase 6 is constantly throwing new eateries our way and I, for once, am not complaining. The most recent addition to the boulevard is a burger joint by the name of Seven Ate. I came across it on Instagram and Rotisseries Chicken seemed to be their forte, so a few friends and I headed there last Thursday to try it out. 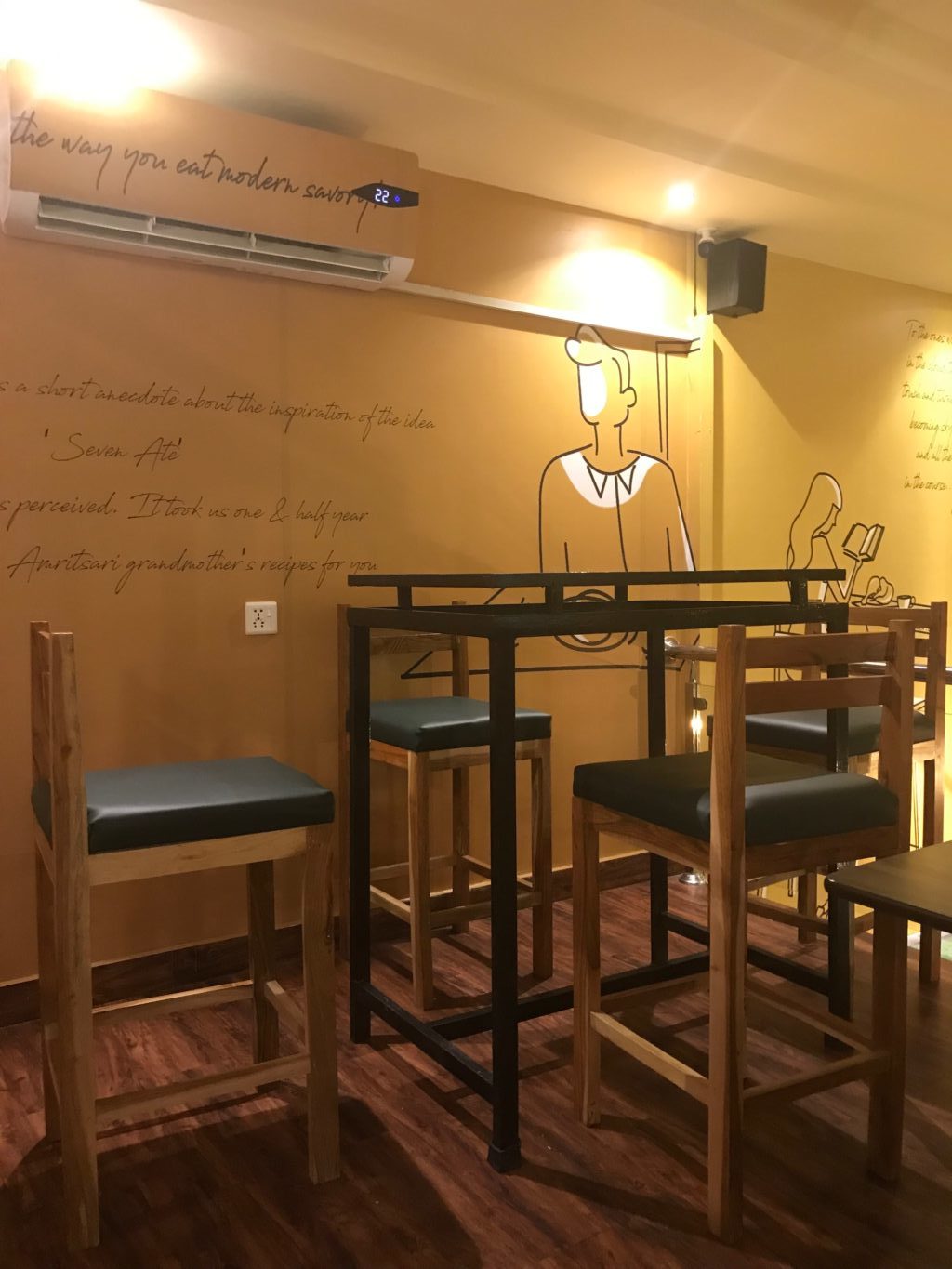 The place is a small venture, both in size and ambition, as is common in Phase 6 commercial area. We placed our order at the counter on the ground floor and headed up to the mezzanine. We were greeted by one of the waiters and a dreadful smell lingering in the seating area. Maybe it was a result of the bathroom being on the same floor, nevertheless, we decided to ignore it. Luckily, the owner soon came up and sprayed the area with air freshener. Our order arrived soon after. 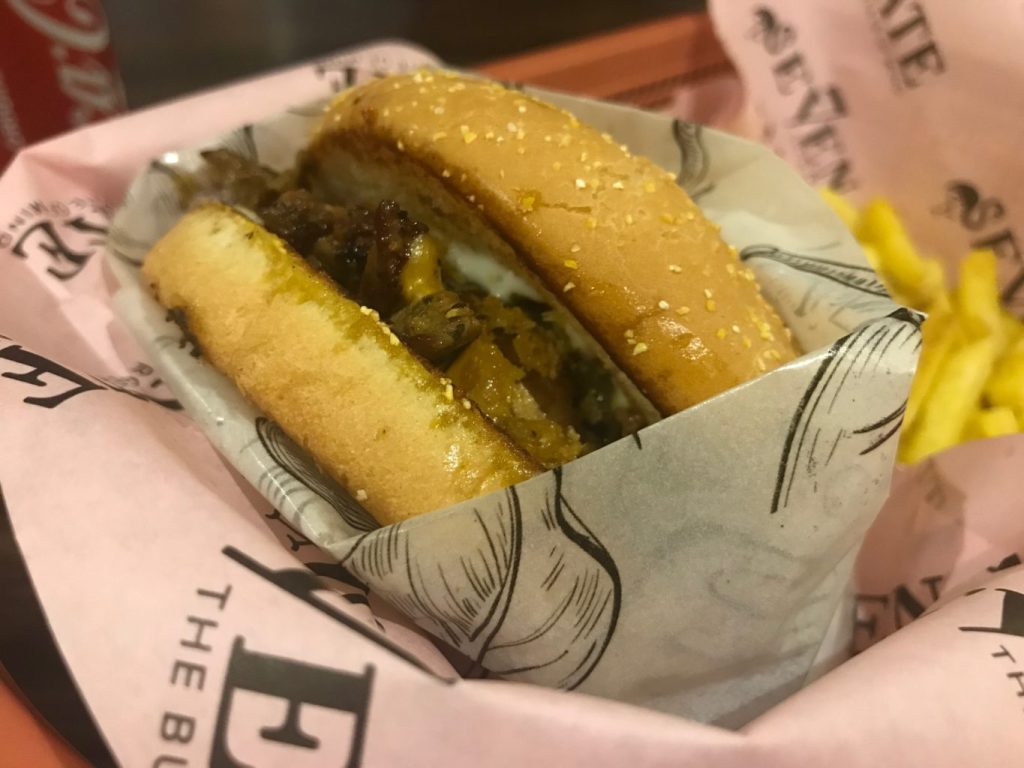 The Nur Mai burger was supposed to be a premier pulled beef burger, so we were pretty excited about it. It arrived lying sloppily in a wicker basket along with some fries, and although the presentation could’ve been better, the burger was great. A moist and seasoned beef patty, melted cheese, and toasted potato buns made this a burger to contend with. A gourmet burger served with crispy fries – don’t mind if I do. 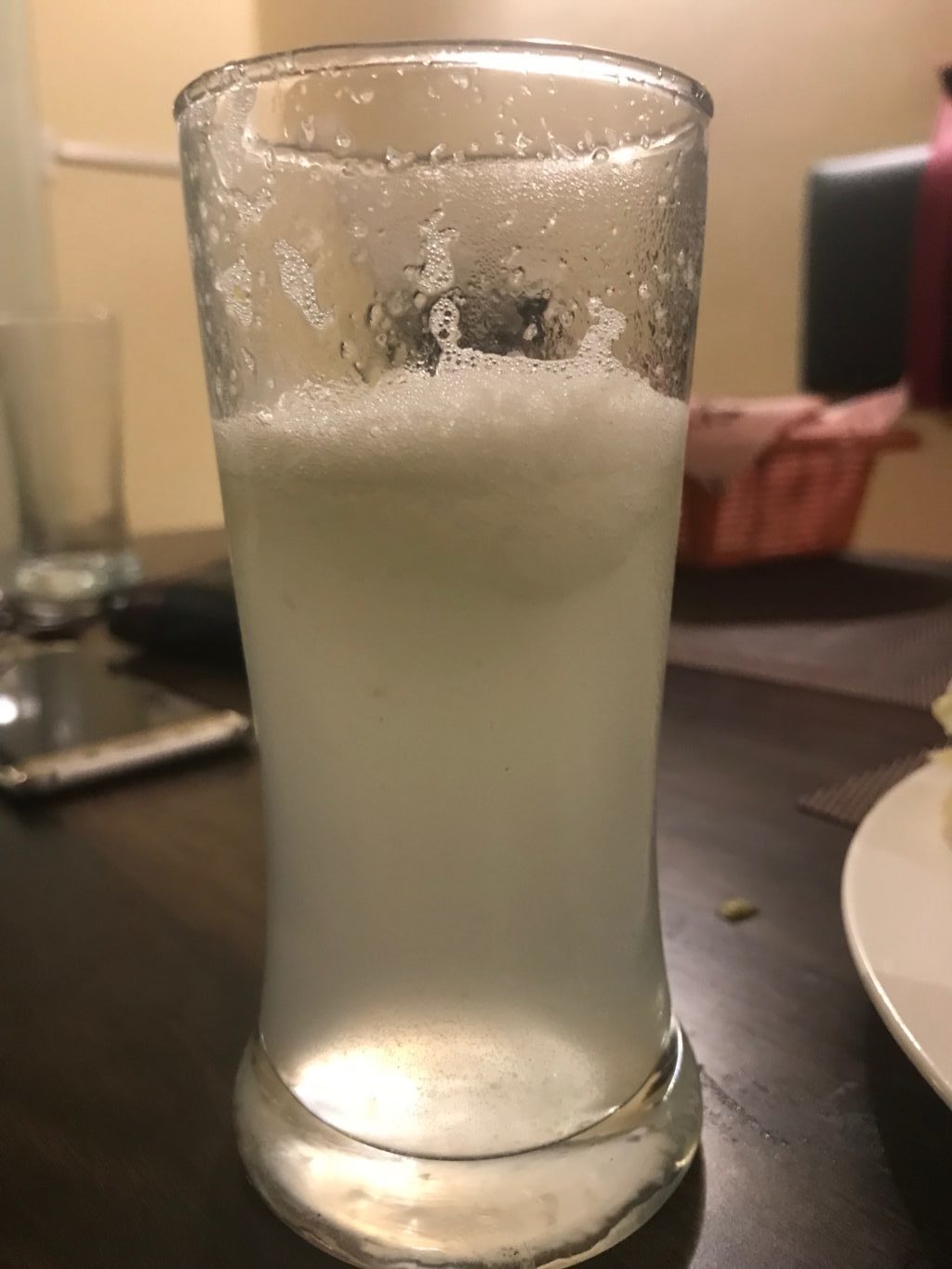 This lemonade tasted like childhood and summer. This one was heavy on the lemon pulp and not too sweet. It was a refreshing addition to the otherwise heavy meal. 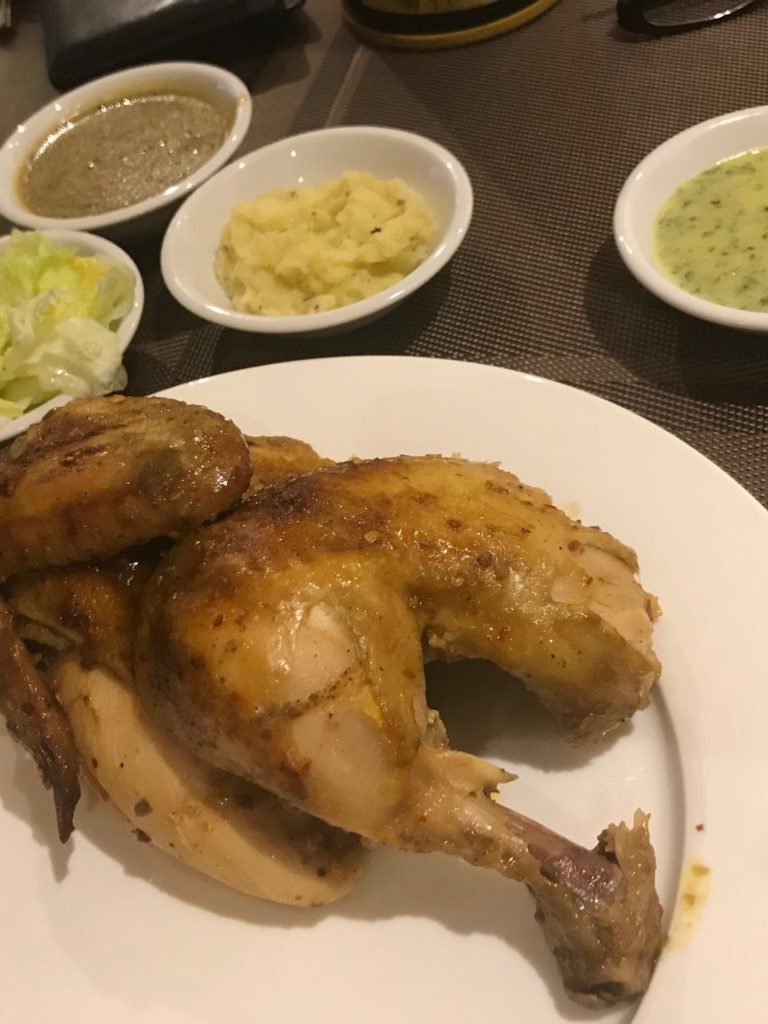 Seven Ate offers rotisserie chicken with varying portion sizes and add-ons. We opted for a half-chicken with three sides. It arrived on a plate with pepper sauce on the side, alongside which were the three add-ons: caesar salad, mashed potato, and creamed spinach. The chicken was flavorful and moist, however, the pepper sauce was mostly a slurry of chicken stock with not much to it. It was teetering on bland but well cooked nonetheless.

As for the sides, the mashed potatoes were lacking in flavor and butteriness, but the creamed spinach was exceptional. The salad was four lettuce leaves topped with mustard and mayo mixed into a vinaigrette: unimpressive. 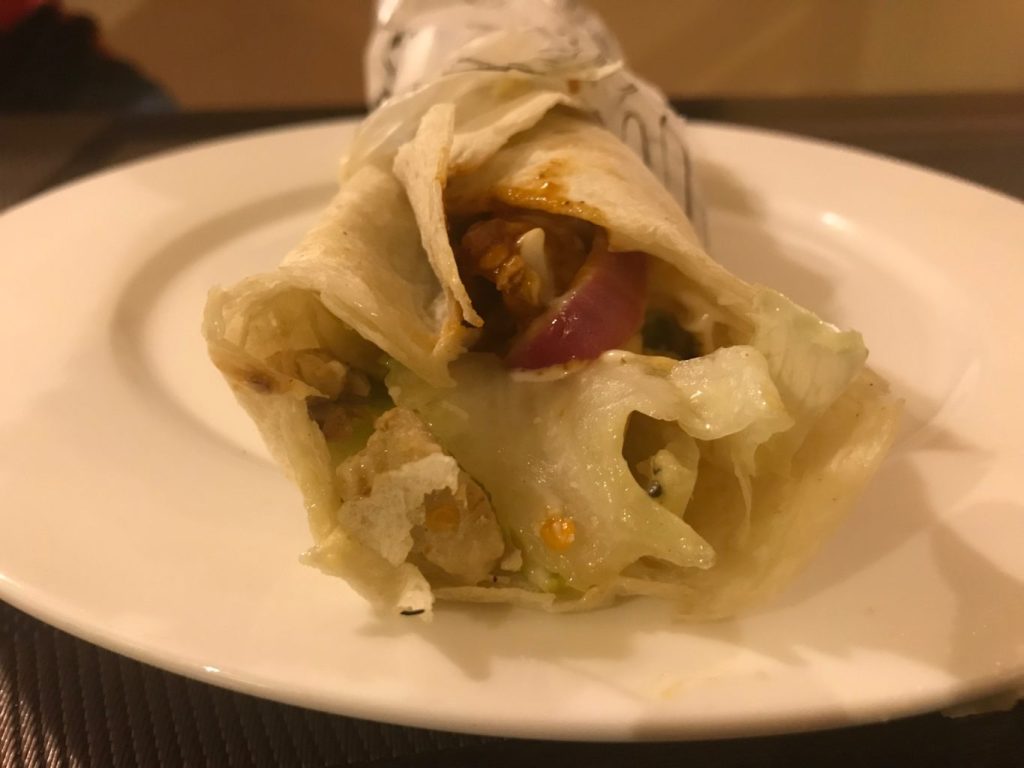 A thin tortilla wrap with Bihari chicken, bound to be good right? Wrong. The wrap contained measly scraps of chicken which made me struggle to get a proper bite. The sauce was too runny and the chicken kept slipping out, making this a messy nightmare. The taste was really good overall, but it wasn’t worth the trouble the wrap gave me. 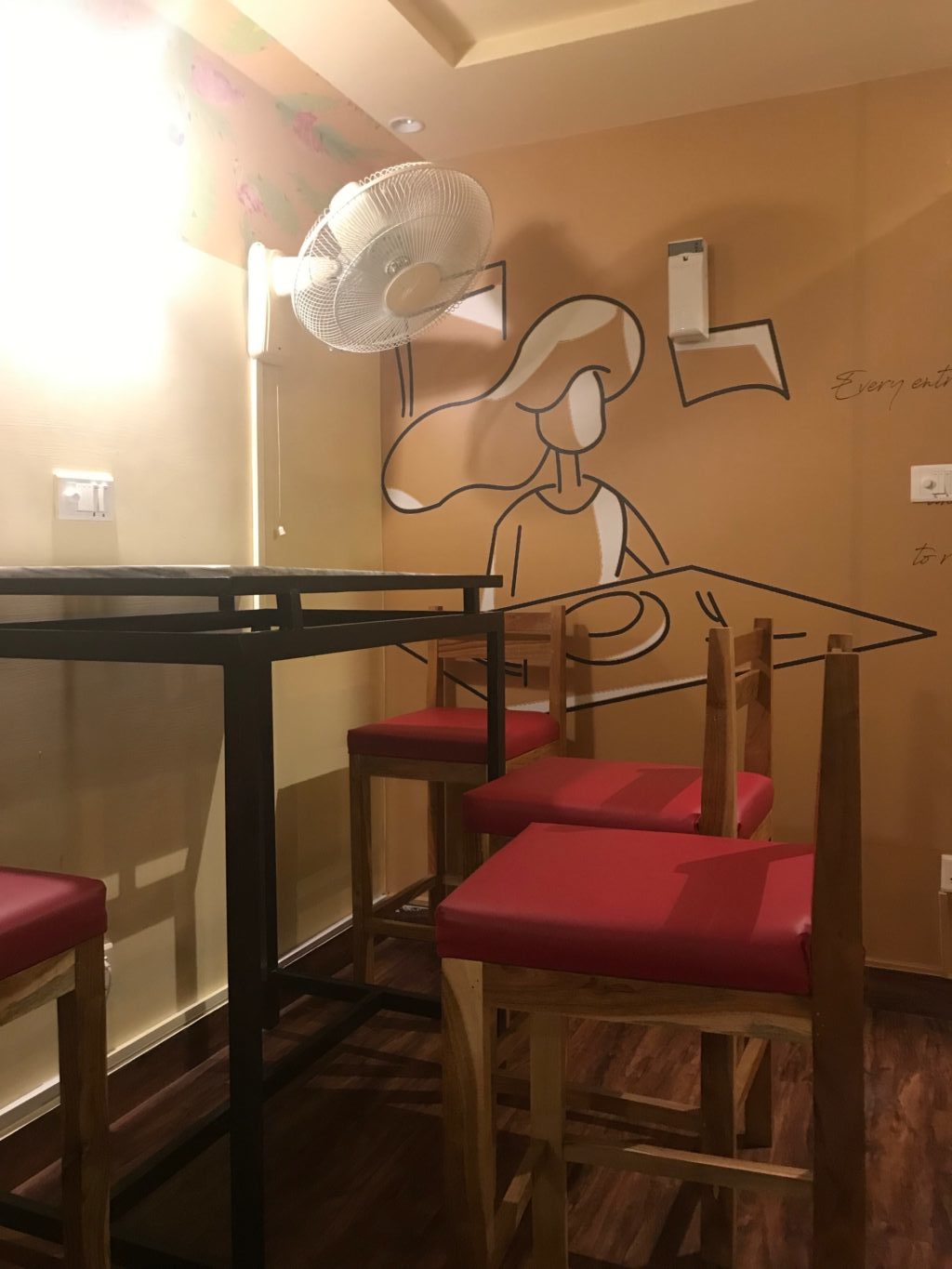 The best part about Seven Ate was that the owner was ever present and very attentive to customers. She kept enquiring about our experience with the food and took feedback very seriously. As for the ambiance, it was a definite let down, but I’d give them the benefit of the doubt. Probably wasn’t their best day. I’ll let you know how my second visit goes because I’m definitely going back for the Nur Mai Burger.