Lahore is no stranger to Gawalmandi. Gawalmandi, too, feels right at home in the flux of the Walled City. Known for its food and noise, it lights up Lahore without using much light at all. For all you channa lovers, Saadiq Murgh Channay [chickpeas and gravy with chicken] in Gawalmandi is how you should be getting down to Sunday brunching.

The first time I physically made my way to Saadiq Murgh Channay was mid-December 2017. If you don’t know what you’re looking for, you’ll miss it. The hole in the wall with massive metal cooking pots outside didn’t seem too inviting at first, but a few whiffs here and a few sniffs there put me at ease. 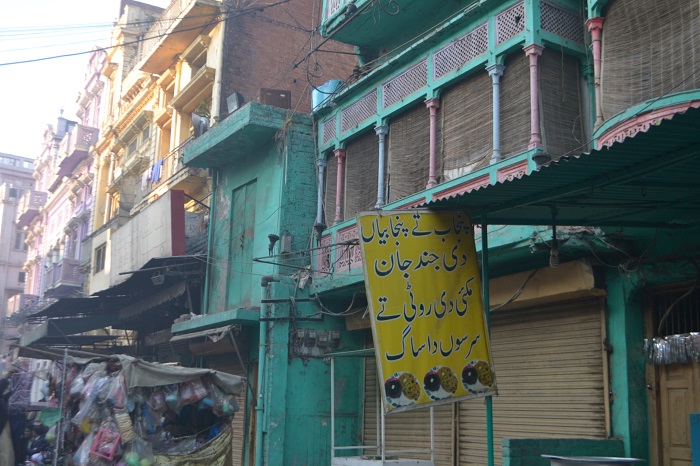 It’s not like I had a choice; Adil Lahorei had hand-picked this shack for us on our Tonga Tour. The rest, as they say, is history; Saadiq Murgh Channay has become an essential monthly fix for my easily influenced palate. Later, I realized that Saadiq was a trusted vendor for my grandparents’ Sunday table as well.

Gawalmandi at a Glance

There’s nothing special about the location beside the location itself. Gawalmandi is chockablock full of hustle, and you don’t need to be an astute observationalist to get a sense of that. Ziggy rickshaws, yodeling meal runners, donkey carts with replica goods, and hundreds and hundreds of makeshift restaurants paint the main street of Gawalmandi with an unfamiliar brush. The more you think you know, the less you actually do.

Gawalmandi has evolved with Lahore; it was previously known for widespread hooliganism and gang presence, but since has been muted of this violence by conscientious efforts by the PML-N government. Now, some would call it a tourist trap, and others would say it’s in shambles. However,  I’m sure they’d all agree that it’s the undisputed food hub of modern day Lahore, much like it always has been. 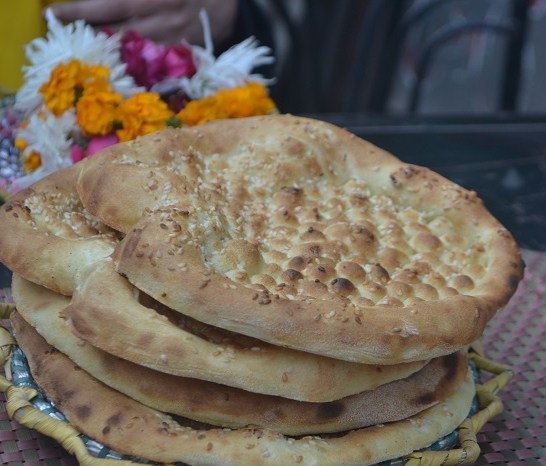 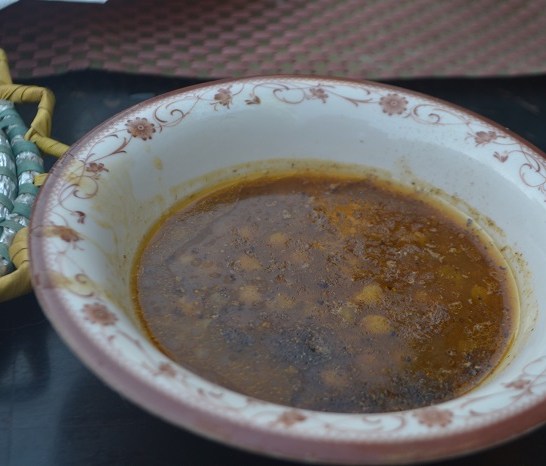 Saadiq Murgh Channay: What to Get

The thing is, I’m not even particularly fond of murgh channay. So I end up ordering saada, or regular channay. I don’t think I’m particularly missing out on anything, because I have since then confirmed that the murgh channay differ from the regular ones in only one sense: the former has chicken in it. The preparation and gravy are exactly the same. That’s good enough for me.

The channay are soft and plentiful, swimming in a mixture of oil and gravy. They’re mildly spiced and celebrated with a passion by onlookers and diners alike. And why wouldn’t they be? Channay is perhaps the cheapest staple you can buy and are consumed with a vigor in Punjab.

The concoction smells of black pepper and broth, nothing else. And that’s all it needs. The broth converts something as simple as a water and oil-based gravy into something magical. If you were to take the channay out of this gravy, you would not miss them unless you knew them. I know the channay, and Saadiq makes sure that they’re missed. Deep and complex, the broth and channa combo could pave the way for world peace.

Pair them up with a special kulcha, or even better, a doodh wala kulcha [kulcha made with milk added] from a tandoor nearby (there’s no tandoor on site), and you’ve got yourself a meal fit for kings.

On your next excursion into the Walled City, vote Saadiq!

P.S. If you’re polite enough, you get free channa refills. How’s that for wholesome?