I haven’t raved about a Pakistani restaurant in a while, at least not publically. ROTI The Restaurant in Lahore makes me want to rave. 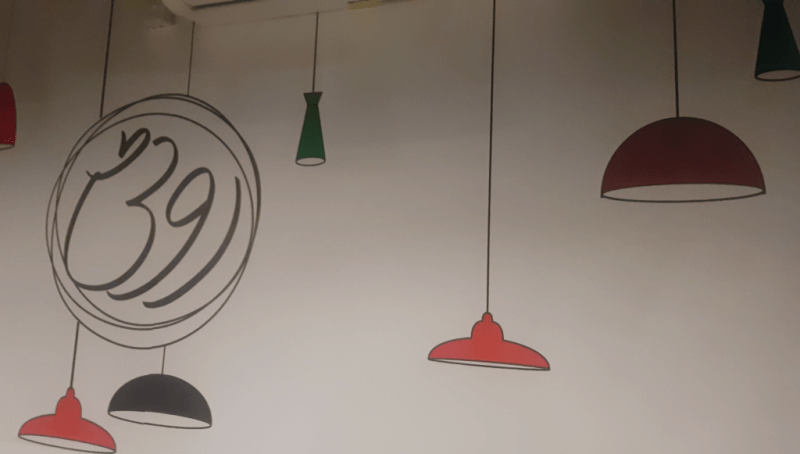 A quick and easy lunch, a no-fuss dinner, an express breakfast; no matter the meal, ROTI The Restaurant checks all the boxes and more. Inexpensive and without any real frills, ROTI doesn’t hide behind fancy decor. And the food shines, brilliantly. But what does my opinion count? I’m not even the target market!

Envisioned by Vasi Hasan with consultant Arslan Ahmed Zia on board, ROTI The Restaurant has been in the works for a while. While Hasan is just getting his feet wet in Lahore’s restaurant scene, Zia tells us that this is the 27th restaurant he has consulted for in Lahore over the last seven years. How’s that for street cred? 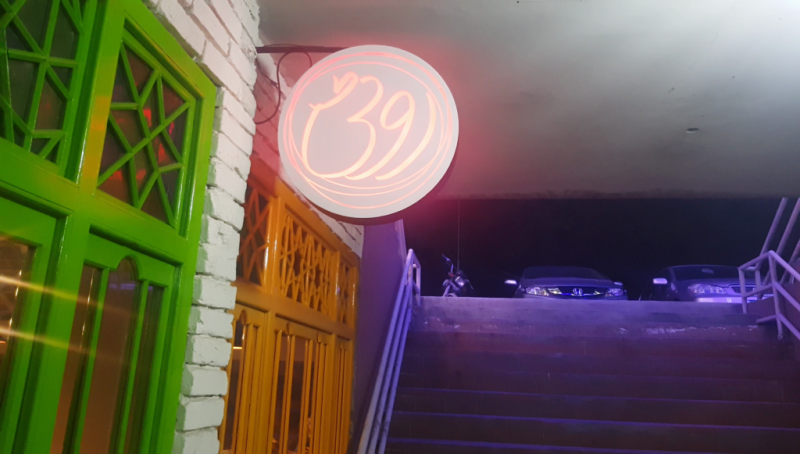 Remember Copper Kettle in the basement of Empire Center on Main Boulevard? Iconic, right? Since Copper Kettle shut down a few years ago, there was a desperate need to fill the void. After all, Hsin Kuang had closed shop too. ROTI took its time but offers utility more than extravagance. And that’s what good restauranteering is all about: knowing your market.

Being on the nook of one of Gulberg’s most busy intersections certainly helps too.

Hasan tells me that he had a lot of trouble finding clean, home-cooked Pakistani food in the heart of Gulberg when he came into the city for business. I hadn’t thought of this before. Minus the dhabas and street food, there’s not much desi on a budget here. For someone not looking to grab an expensive bite at Mall One (Pantry, Deli, Rice Bowl), there’s not much choice.

We start off with an almost-everything-on-the-menu approach. Dam ka Qeema, Mix Sabzi, Butter Chicken, Chicken Korma, Chicken Biryani. Next, we go ham with the ‘sides’ (actually condiments): Plum Chutney, Tamarind Chutney, Fried Chilies. Some tandoori roti and phulkay. A round of Pakola’s for the table. Cap it off with a pair of Gulab Jaman and a smile. Congratulations, you’ve spent just 30 minutes of your lunch break so far —  if you’re a slow eater.

Everything is made with fresh meats and vegetables on the day, and specials rotate on a daily basis. Desi Ghee, too, really helps with that extra wholesome vibe.

The Qeema and Mix Sabzi are absolutely divine. Deep complex coal flavors in the qeema and a soothing blend of textures in the sabzi (potatoes, carrots, peas) make serving sizes look dainty for three people. We want more. The Butter Chicken is sweet, milky, and fragrant. Though I’m not one for Butter Chicken on most days, this one really hit the spot. 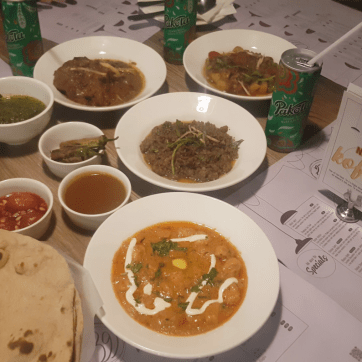 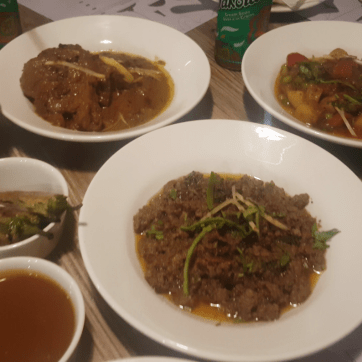 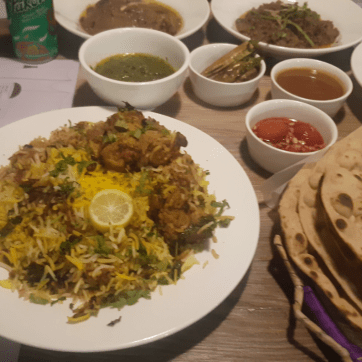 The Chicken Qorma was a recipe that Zia has learned from Delhi. It’s a dry, aromatic chicken salan of sorts, and while others may disagree, I have my reservations: it’s a bit too dry for me, and I need a kick. The biryani was the most hyped but least enjoyed. It tasted like white rice; definitely not what I was hoping for but maybe I should have just gone for another option. However, it did come with some insanely good palak — my favorite. Silky and savory, I would have demolished a king-sized serving, and then some.

Anything, and I mean ANYTHING tastes better with their fried chilies. They had a crazy, tangy kick to them and brought heat to items on the menu that would have otherwise been deemed muted. A true bona fide condiment.

While the Qorma and the Biryani were a bit meh, the Qeema, the Sabzi, the Pakolas, the fried chilies, and the Gulab Jaman (I could go on) did Roti’s bidding well. I was full but not bursting, and did not feel the hangover that copious amounts of food usually brings with it. And that’s the magic I’m looking for.

ROTI The Restaurant offers single person servings for each item on their menu (though there is a slightly larger ‘vada’ serving that comes with two sides). There is no real sharing, and while this took me by surprise, it’s by design. You see, Roti’s average patron is expected to have about Rs. 500 in his/her wallet when they step out to grab lunch in the middle of a work-day.

This is probably why food takes no more than 5 minutes to arrive. Hasan tells me that they intend to bring this down to 3 minutes, putting a whole new meaning to the word express. He also tells me that most of his customers so far have been lone diners. Validation? I think yes.

The restaurant has been open nearly a week. They’re tweaking the menu, the specials, and getting as much feedback as possible.

“We’re working on some final touches, but the food is pretty much all there,” says Hasan.

And it is pretty much all there. It tastes like home.

Pakistani food reimagined for the working man/woman: that’s what ROTI does. And it does it pretty damn well. I’ve had my fair share of Pakistani food, and in the heart of Lahore, this is better than I could have imagined.

You’ll catch me drooling over their breakfast menu next. Till then, we’ll see you at lunch.