When I first landed in Lahore, my Khala (Aunt) introduced me to the city. A native of Lahore, she thought it disgraceful that I had not yet been ordained into the collective conscience that all Lahoris share. And so, far too early on a Sunday, I found myself unceremoniously dragged out of bed, draped in a borrowed pashmina and shoved into the backseat of an ancient, teal Ford Zodiac.

At Mian Mir Bridge, I peered out at the sun-brushed horizon; pink and gold speckled across a cerulean canvas. Farida Khanum’s voice cut through my morning haze. The mention of halwa poori did little to excite me. I was skeptical. This Multani had not signed up for such an early breakfast.

We whizzed past poles, bridges, trees, and vermin; the city seemed to unfurl like a pop-up book. After a fleeting glimpse of the lonely vigil of Alfred Woolner, we turned into a narrow alleyway. People ducked behind doorways and cussed at us. Khala remained unflinching, fueled primarily by my apathy. We finally reached our destination, a proverbial hole in the wall with a banner that read ‘Chand Sahib Sweets’. 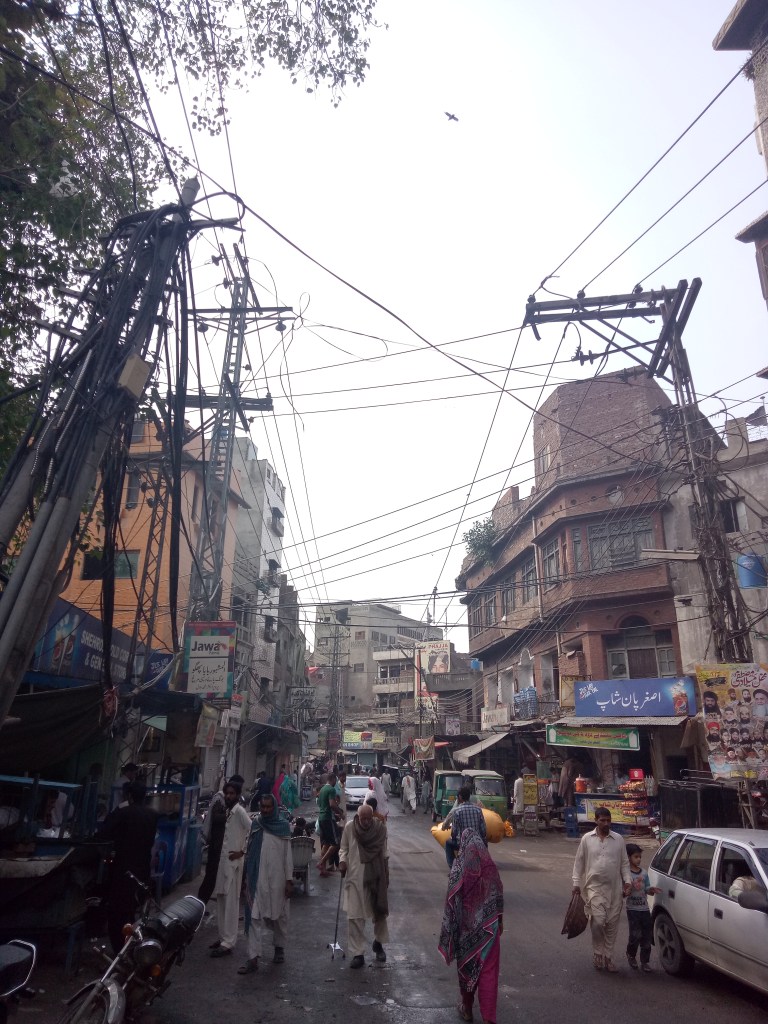 In that instant, our breakfast jaunt became perfectly tolerable. Colonial structures, in all their tragic glory, evoked the hues and sensuality of tales narrated by my Nani (grandmother); stories she’d reveal after her nightly Valium. Tonga rides along Mall road, teenage shenanigans at Odeon theatre, and chaperoned food excursions through Regal Chowk. I did not know it then, but I missed it. I hadn’t yet experienced it, but I missed it.

My otherwise claustrophobic heart found a strange comfort in the suffocating familiarity of Mall Road. The streets, the buildings, the scent of greasy street food and engine fumes mixed with motiya: Eau de Lahore. 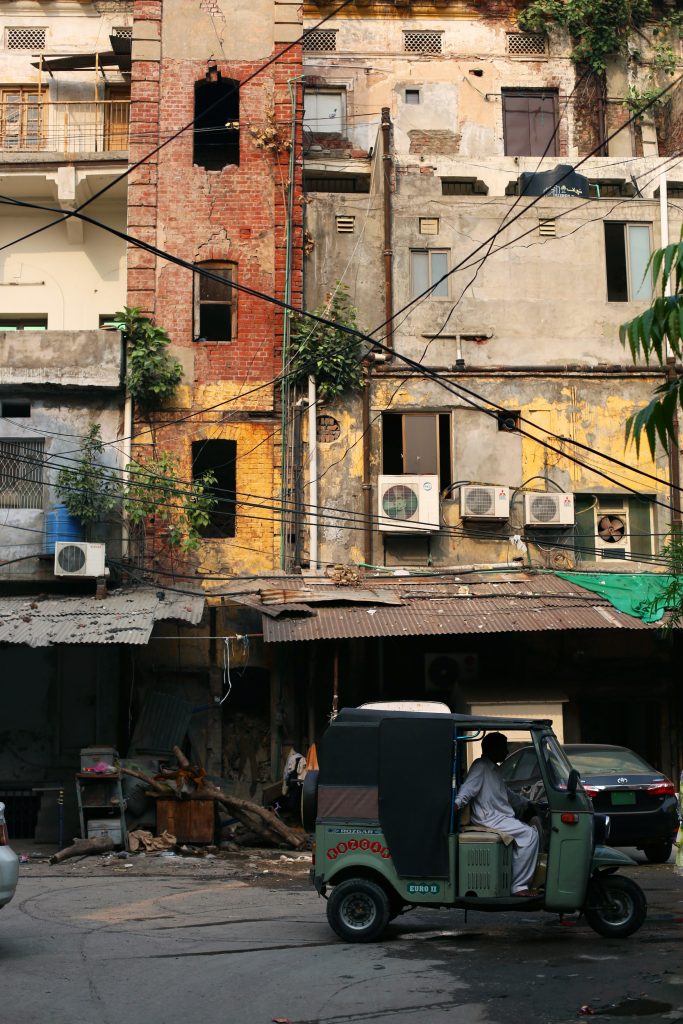 That morning, Mall Road became synonymous with Lahore, the long stretch of asphalt and history that conceals more than it divulges. During my early exploratory endeavors, I obsessed over the idea of traversing Mall Road. I guess it’s a Lahori thing, to compare battle scars of adventures into the unknown depths of the Walled City; I found myself falling in love with the city with each failed excursion. 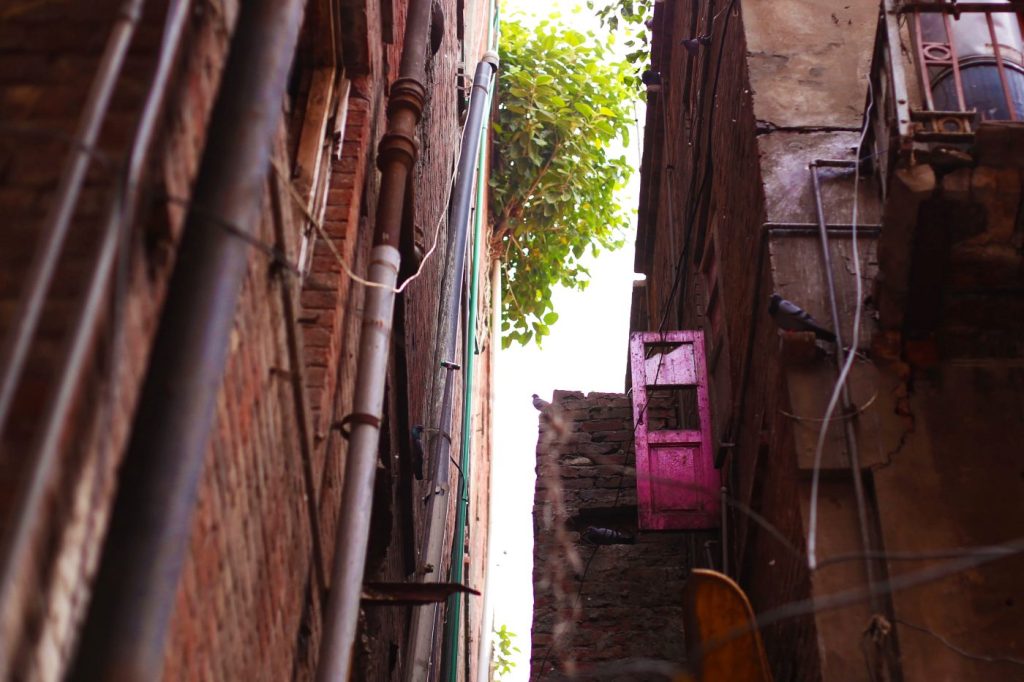 Eleven years in, I have learnt every nook and cranny of Lahore’s existence. Slowly and methodically I have let myself reveal and revel in its unending truths. Through association and with context, I have memorized the streets, the storefronts, and the mistaken turns that have led me to adventures. I have accepted Lahore’s nitpicky nature as a part of me; Lahore, too, has kept me close.

Mall Road dilates and evolves, pulsing with rhythm and energy. My mind wanders onto the circuit board passageways, one alley opening into four. I have roamed the serpentine alleys, dotted with rickshaws and food vendors. Traced betel-stained historical walkways. I’m frustrated by the long winding roads and the metro-this, orange-that. But, when I hear the incessant honking of cars punctuated by wailing sirens and people screaming obscenities on the streets, I feel a sense of comradery. 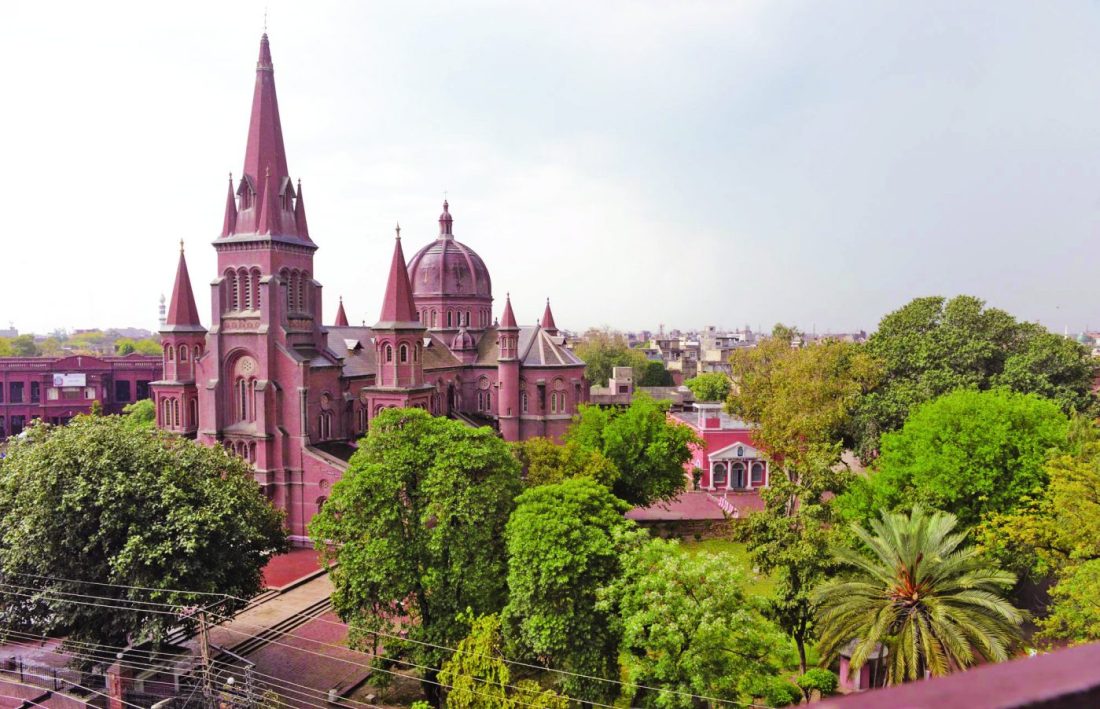 I was passing through Cantonment not a week ago when I decided to visit my Khala. Parked in one corner of her long, cobbled driveway was the Ford. The elements had tempered the top coat into a subdued shade of sage. All of a sudden, I was at the start of this story again: Multani, with my pashmina, and the Ford was still teal. The suspended amaltas undulated to Farida Khanum as we drove past Nisbet Road for the first time.

Tags:
A Page out of History, The Great Outdoors
Share: