Jogging tracks, cats, cricket playgrounds, a waterfall, a cafeteria and just the opportunity to slow down in a city like Lahore. Noor talks about all that Race Course Park (officially Jillani Park) has to offer.

After walking through the security check, I entered the legendary Race Course Park. Legendary because so many people in Lahore had told me about how much they loved relaxing there. I started walking towards the left and came to the waterfall. Above the fake cliff behind the waterfall, pigeons had gathered to quench their thirst. Standing there before the waterfall, one could feel the water flying off and settling on one’s cheeks. Then, I came across hundreds of yellow, orange, and red flowers, which girdled around a grassy ground like a beautiful and colorful necklace. It is almost hard to believe that the loud and chaotic Jail Road is only a few meters away from this calmness and beauty. 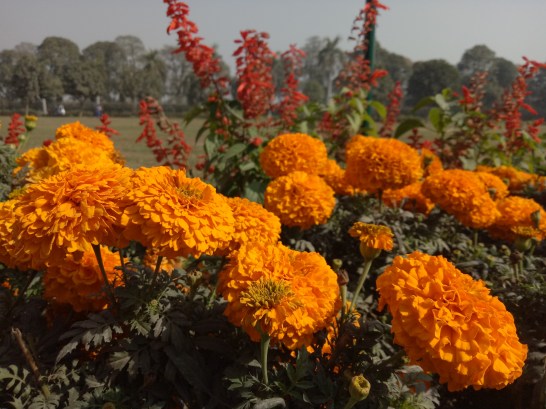 Spring in the city 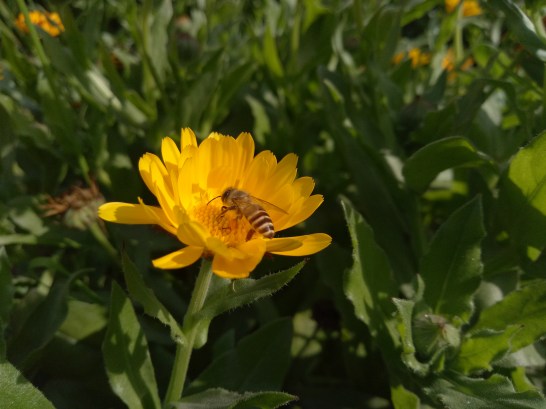 A bee at work

There were a refreshment shop and a juice corner, where friends and couples were sitting and enjoying the Saturday afternoon. The park was much larger than I had expected. In one of the grounds, they had made patterns with circles and rectangles to grow plants. I went further along, to the left of the water trench, until I reached the cricket ground where some people were playing. Further down the way, a yellow cat crossed my way and jumped to cross the water trench in search of food. 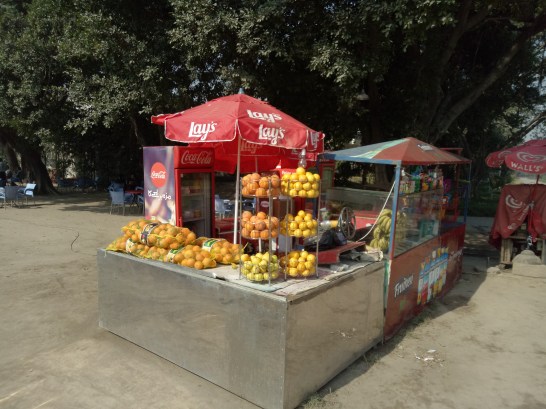 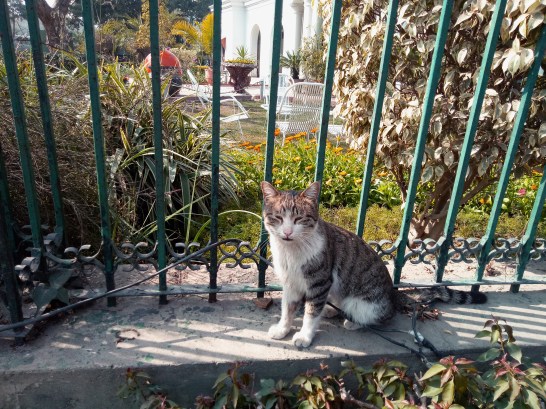 The Cats of Race Course Park

Like other public parks in Lahore, Race Course has several jogging tracks, fields, grassy grounds, cafes, and hundreds of benches to sit in the shade and while away the hours. When I had walked to the farthest end and returned to the right side, I lay down on the grass under a tree. The blue clear sky, where a bird occasionally passed, looked beautiful. Lying there and stretching my muscles, a young boy came and blew a bugle right into my ear. I jumped as if thrown out of my bed.“You frightened me,” I muttered. The boy asked: “Are you not Shafqat bhai? Because there was no mirror in which I could identify myself immediately, I tried to recall my name, and said “no” after some delay. 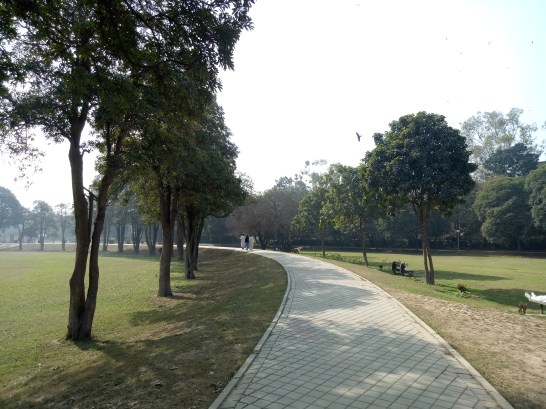 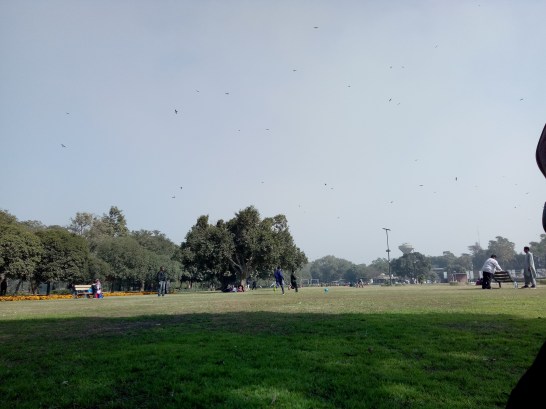 Shady, grassy fields: a treat in the heat

He was not the only kid there. The park was full of families and groups of children chaperoned by adults. Young people loitered and laughed. Older men in tracksuits walked briskly along the jogging track and middle-aged women with dupattas tied on their side matched their stride. People from all parts of the city, all genders and socio-economic backgrounds were present in Race Course which can be a rare sight in Lahore. The security and maintenance of this public park have made it a comfortable space for everyone – I included. I now understand why this Race Course has such a legendary status in the lore of Lahore. 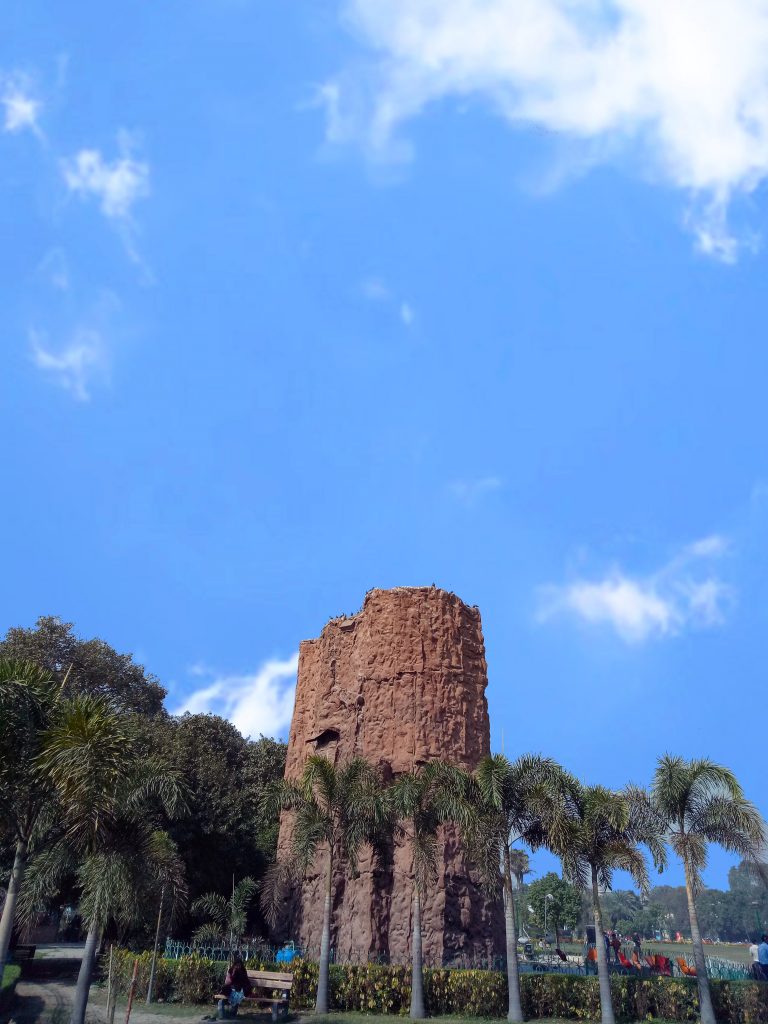 Tags:
For the Squad, Instaworthy, Kid-Friendly, The Great Outdoors
Share: