In Lahore, aficionados of savory breakfasts either flock to eat Nihari or they set out for the best Siri Paaye in the town. There are a number of legendary restaurants in The Walled City where several generations of people have gone for a desi breakfast. Phajja Siri Paaye is a famous name amongst the slew of ancient eateries serving the dish. Phajja Siri Paye has been around for the past 65 years and is renowned across the city.

On a recent visit back home my Grandfather inquired as to whether I’d had Punjab’s famous Siri Paaye. He was visibly upset when I told him that I hadn’t. So, upon my return to Lahore, I headed to Phajja Siri Paaye.

It was a tepid Sunday morning. I had been unable to sleep the night before and hoped that such a hefty breakfast would lull me in for an afternoon nap. Once I reached the Shahi Mohalla I came across two shops that stood side by side and lay equal claim to the ‘Phajja Siri Paaye’ name. I walked to and fro in contemplation. The one with the taller poster seemed authentic enough, I guess.

I went inside and found myself a spot at the farthest end of the dining hall. The hall was overrun by men of varying ages engrossed in the task of consuming ungodly amounts of Siri Paaye.

Preparing Siri Paaye is considered a meticulous job, perfected over decades of practice. First, the paaye and the siri are baked over an open fire to remove the hair from the animal skin. Special care is taken to prevent the skin from burning, as this would spoil the flavor of the dish. After that, both the siri (head) and paaye (feet) are introduced into a curry. 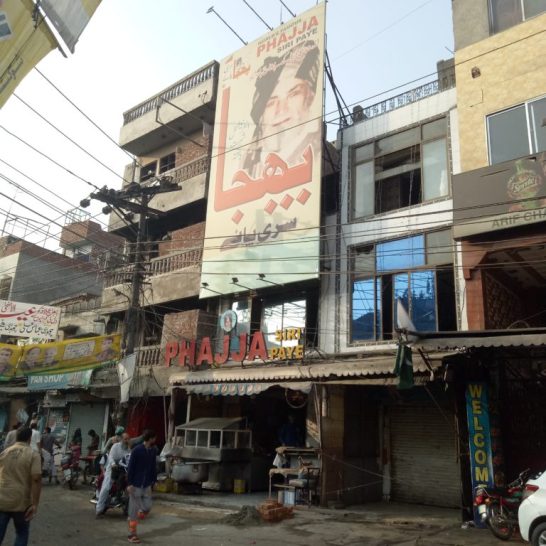 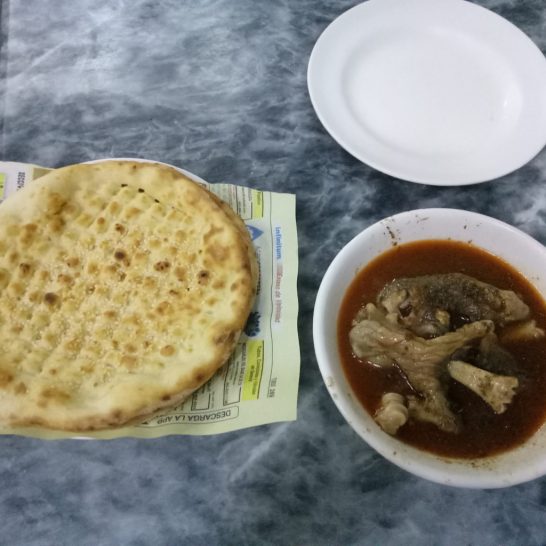 The broth is slow cooked with fried onions, ginger, garlic, and a custom blend of masalas. The amalgam is left to cook until the meat is tender. The heat allows the meat to flake off the bone, while the fat adds depth and texture to the curry.

My Phajja Siri Paye was soon brought forth. A rich red curry accompanied by a soft steaming naan. I soaked thick morels in the curry and waited to be blown away. I searched for meat in the broth and came up empty-handed. I finished my naan and unenthusiastically ate the two chunks of fat that I had been served.

How was it? It was fine. No different from any other desi curry. The only surprise for me was the fact that it was a meat broth with no meat served alongside it. But maybe that’s a feature exclusive to Phajja  Siri Paaye. The only reason I finished my food was that I’d been starving. Plain and simple.

Maybe Siri Paaye is just not for me. As usual, a golden cup of tea after redeemed the whole adventure. It countered the dull disappointment of not being aroused by a famous breakfast. I went home and slept off the disappointment.