Our Takeaway from Lahore Biennale 01

Members of the C+G team attended the Lahore Biennale 2018 on different days and came back with a variety of experiences. Some of these were good, some bad and some surpassed all expectations. We decided to compile them in a journal-style review of LB01.

March is a really happening time in Lahore. Music, literature, horticulture and art are given a new life in this month. Whether it’s to do with the festive nature of spring, or just a mere coincidence, consider the roads of central Lahore a chaotic wreck during March. Especially if you’re on a tight schedule.

Well, this year I was on a tight schedule. With Startup Lahore on the weekend, the 29th of March was my only real shot to attend the Lahore Biennale. I left work around 3 PM, hoping to reach at least one of its sites within an hour- in case traffic completely sucked.

Instead, as these things tend to go, I spent about three and a half hours on Mall Road stuck in utter mayhem. Closures, redirection, and overall debauchery of all sorts made sure that I never saw any of the exhibits this year, despite making it to Alhamra.

So there’s that. I’ll leave it to the rest of these guys to fill you in.

For a while I struggled with where the stress in the word ‘Biennale’ lay: be-en-a-leh, bee-ann-e-le, bean-ale. I felt similarly once I arrived at Lahore Biennale.

Arriving at the Lahore Fort on a bright Saturday with Zeshan, I saw large broods gathered in the newly renovated grounds near the Fort and the Gurdwara. I wouldn’t have pegged this as the crowd attending a public art exhibit; one that even a burger bacha like me had a hard time pronouncing the name of. It quickly became clear that they were there to simply enjoy the sunny day. Most did not even know there was any special event taking place within the Fort. 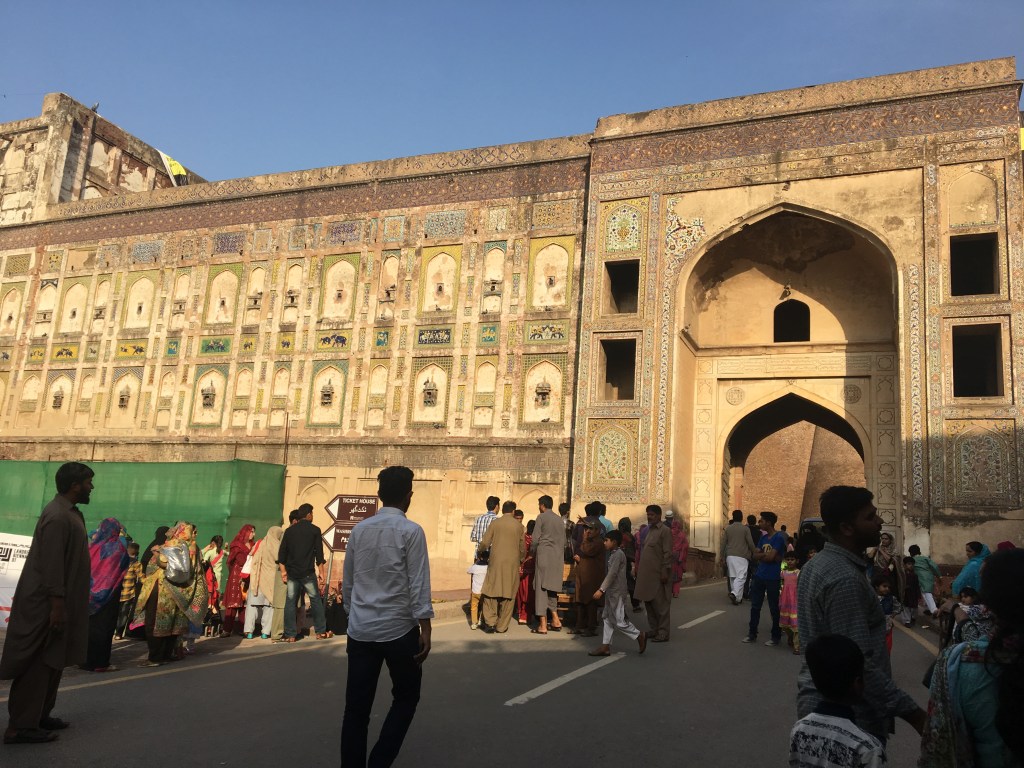 Despite my expectant enthusiasm, or perhaps because of it, the exhibits left me underwhelmed. Maybe I simply do not understand art. I have never claimed to. However, I do love contemplating the human condition; the many disparities that shape and underly it.

I had assumed that modern curations in a historical and cultural landmark would inspire some sort of reflection. An epiphany or two about dislocation and relocation. But what I kept thinking the whole time was this: who is the event for?

I felt out of place. Older women who watched a performance artist laze around on an unmade bed looked acutely disturbed. ‘Connoisseurs’ of the arts’ (a dime a dozen in this city) complained about the crowd and the heat. 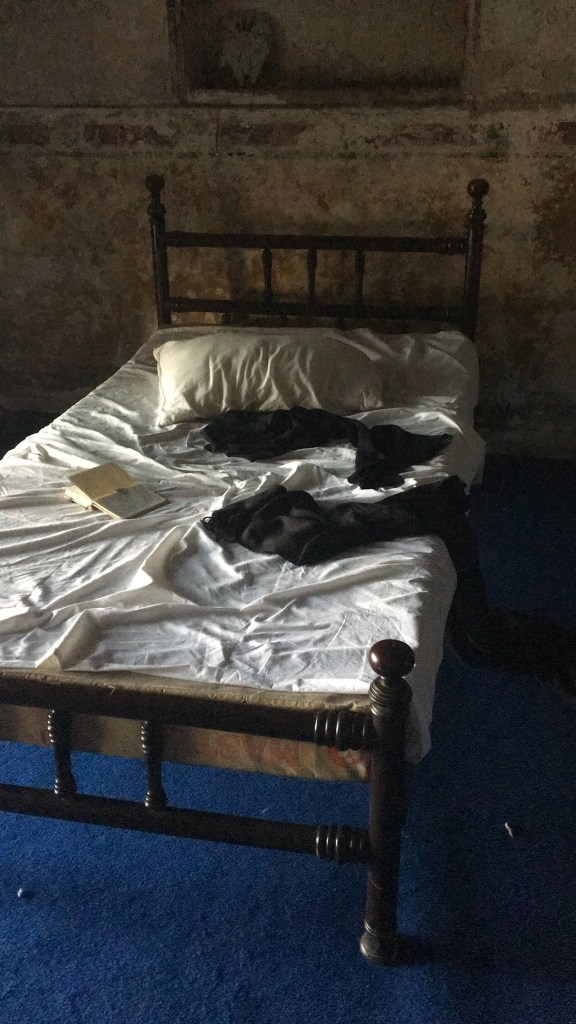 Really though: who was the event for? The donors perhaps. Or those who think that discourse can result from contrasts and contradictions.

Possibly no one in particular. Things happen like that sometimes. In Lahore, it is not surprising at all.

It’s safe to assume I’m the most clueless person out of this gang. You know, about the it-places and events happening around town. Very rarely, though, I detect one or two that grab my attention. Before you know it, they become a fixation and I start planning for them days or even weeks in advance.

This was the case with my Lahore Biennale experience. Although I found out about LB01 a day before its opening ceremony (thank you, Zeshan), a prolonged case of food poisoning made it impossible to visit any of the sites in the first week.

But this was good. I was able to go over the different activities that were a part of the festival in detail and pick out my favorite one. I’m not art-savvy, never have been. So understandably, I was looking for an immersive experience that I would also get.

I found one in the Lahore, I Love You guided walk series by The Lahore Heritage Club. I booked myself a spot, got a friend on board, and couldn’t wait for what I knew was going to be one hell of an exploration. 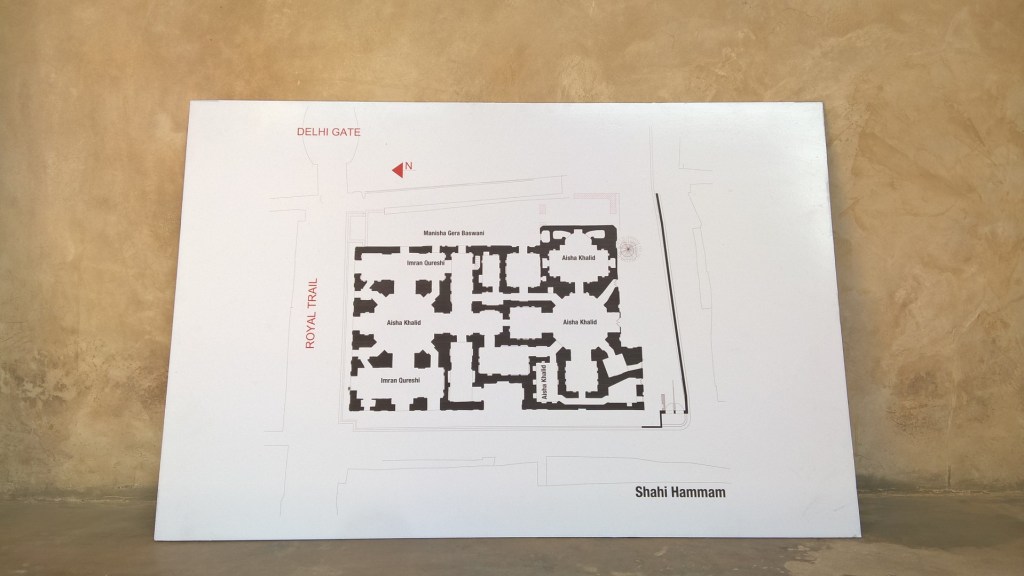 Tahir Yazdani’s History and the Old City was all of this – and more. I’ve been on guided tours of the Walled City before but they’ve usually been an overload of rote-learnt facts and dates, with the hope that the spectacle of these historical sites would occupy the group’s attention.

Yazdani, on the other hand, was more teacher than guide. He had personal and historical anecdotes for every nook and corner of the Shahi Hammam and Wazir Khan Mosque. One could believe that he had been one of the first people to ever set foot in this place; three hundred or so years ago. He made everything relatable by going into elaborate descriptions about the Mughal’s version of bath-therapy or Armenian traders heading into the mohallas around Delhi Gate.

Our group of thirty people or so was as unified as strangers in unfamiliar territories tend to be: there was a frankness amongst us. This lady had no problem chastising my friend for sitting – butt first – on one of the original domes of the Hammam. Somehow, we didn’t take offense to that either (we didn’t have any grounds to).

We bought scores of fresh lemongrass and Peshawri kehva from the Delhi Gate bazaar and headed home after a seven hours’ excursion.

So, you already know about my “Dastangoi” disappointment, detailed in our Biennale Guide. That was my first, stinging experience of what was otherwise an inspiring celebration of art and heritage.

Being the magnanimous person that I am, and also a sucker for cultural events, I brushed this incident off. I decided to attend the History and the Old City guided walk at Delhi Gate, conducted by Tahir Yazdani.

On a sunny Sunday on 25th March, I was again a part of the Lahore Biennale. I wandered around the Shahi Hamam, and witnessed one of the most freeing installations by Aisha Khalid and Imran Qureshi. While Khalid’s was an ode to the richness of heritage; Qureshi’s was a decry for those who had fallen. Set against golden tones, Qureshi’s depiction of red was a daunting representation of the fall of people and society – at least that’s how I interpreted it.

Khalid’s collaboration with a classical music group, Bhij Shah, was titled “Ishq”, and set in the ruins of Shahi Hamam. It appealed to the senses, as speakers were placed strategically in the depths of the enclosure, facing down. The inbuilt acoustics of the historical structure were relied upon to resound the music in every corner of the room. Right before we entered, Yazdani in fact gave a demonstration about of the acoustics of the Hammam. An interesting and smooth segue.

We kept at our feet throughout, because Yazdani was eager to lead us through the majestic ruins, and give detailed insight into the hydraulic systems that had been developed by Mughals. On a sunny Sunday surrounded by unknown people in an unknown place, I was grateful for this experience. Free of cost too.

However, I still don’t have any schedule for Lahore Biennale and my earnest resolute to be a part of more talks is prey to “figuring it out on my own”.

This Weekend in Lahore: Standalone and Explore 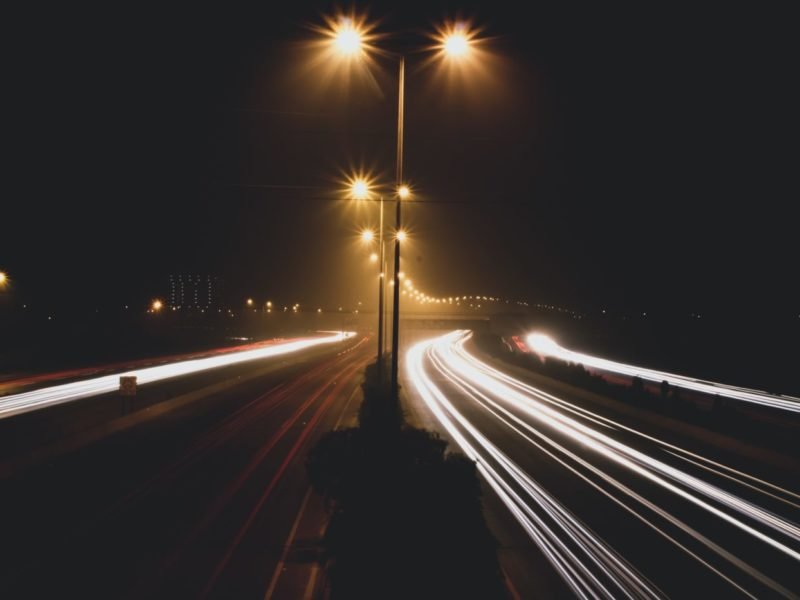 This Weekend in Lahore: Space, Sounds, and Sights 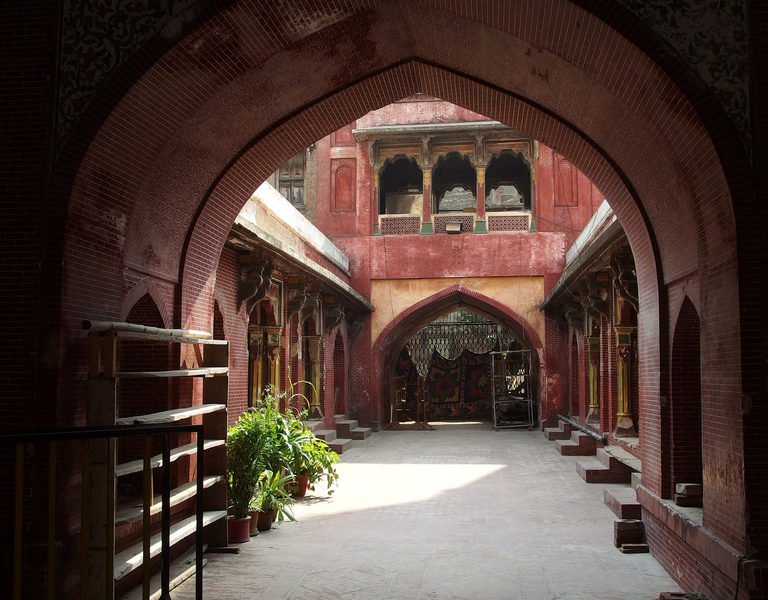 This Weekend in Lahore: The Walled City Anthology 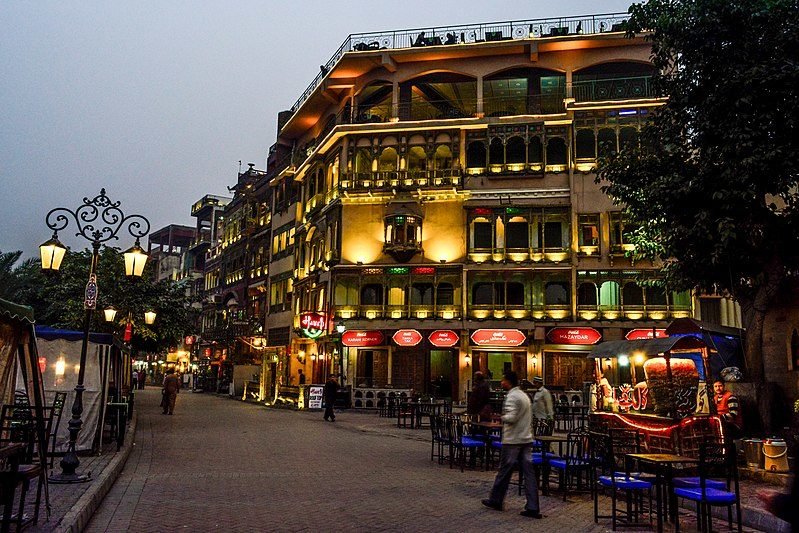