My Soft-Serve Rebellion at Johar Sweets

I have lived in Gulistan-e-Johar for over fifteen years but rarely have I stepped out to explore my neighborhood. This is mostly due to the lack of security within the area as well as due to the rampant stigmatization and harassment of women in public spaces.

This all changed a few days back when a friend and I finally had it with our inability to step outside without a male companion. For our first act of rebellion, we decided to try out a famous roadside ice cream parlor by the name of Johar Sweets. When our rickshaw pulled up in front of Johar Sweets it was full of men as per usual but we went in, completely undeterred.

There is nothing remarkable about Johar Sweets at first glance. A rundown little shack with a few metal benches propped against the wall, the entire counter in set up in front of you. There are four flavors to choose from Chocolate, Vanilla, Mango and, for some reason, Orange. You’re more than welcome to mix these flavors as well, for variety. I’ll applaud the bravery of anyone who has the stomach for chocolate and mango. 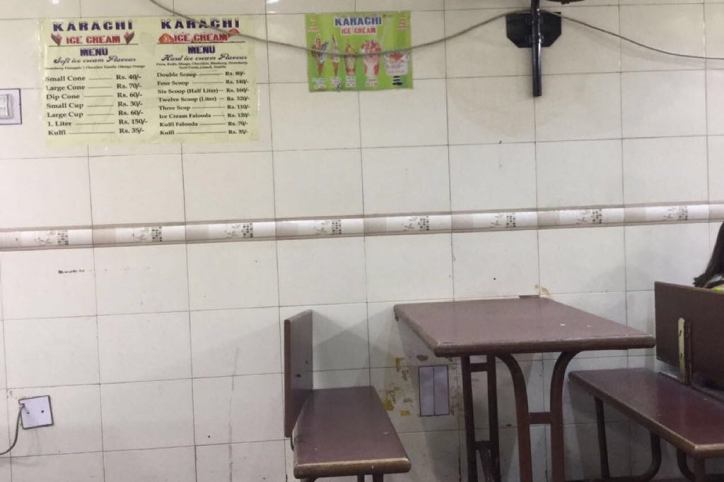 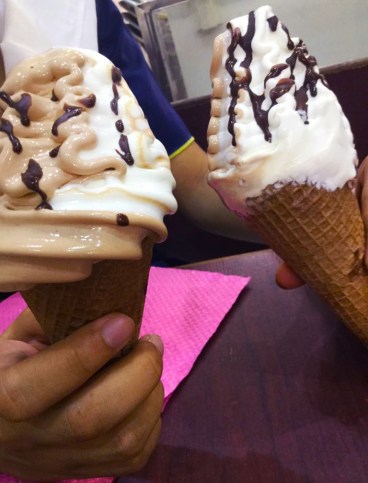 We weren’t expecting much, but we were pleasantly surprised. The ice cream was remarkably good. For Rupees 40 we were able to indulge in a soft-serve waffle cone that would’ve cost at least Rupees 250 anywhere else. I ordered a chocolate cone and my friend bought a mixed vanilla and mango soft-serve for herself. Both flavors were perfectly balanced, not too sweet, and paired well with the crunchy waffles.

As we scanned our surroundings, we realized that Johar Sweets is surrounded by several other restaurants, bakeries, street vendors, and dhabas. The locality was somewhat of a little food street. We made a point to note down where we’d be heading for future rebellions. We’d obviously be coming back to Johar Sweets regardless.