Mazar-e-Quaid is a location that I’m sure most Karachiites have already visited. I’ve been to the mausoleum countless times but the experience is equally moving every time. It’s never not a good time to go and pay homage to the founder of the nation. The magnificent white tomb can be seen from multiple vantage points in the city and even from a distance, the structure is breathtaking. 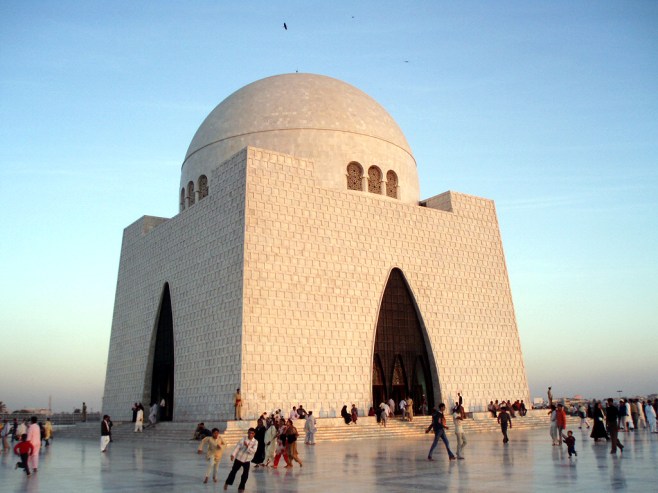 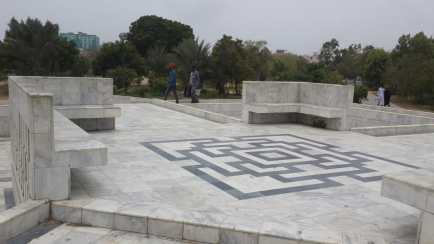 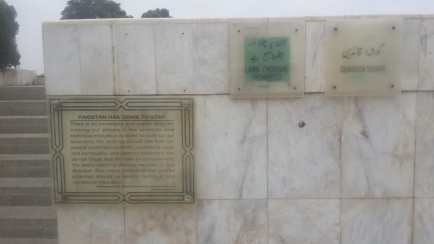 On any given Sunday, the gates are thronged by families there to visit the museum, the tomb or for a picnic in the mausoleums park. It’s unfortunate that cameras aren’t allowed on the premises, be it DSLRs or polaroids. Most people visiting such sites of historical relevance want to encapsulate the memory through photographs, but alas are unable to do so at Mazar-e-Quaid.

It is a pity that the security situation of Karachi has worsened to the extent that the tomb of our founder, Quaid-e-Azam, has to be guarded so heavily. Simultaneously it is a joy to see how uncharacteristically respectful the conduct of visitors is, within the vicinity of Mazar-e-Quaid. Rules are strictly adhered to and the most common problems of loitering and littering are not a concern.

As far as the Mazar-e-Quaid goes, my only complaint is that I have never in my life seen the fountains running. Other than a few minor hiccups the tomb is kept in impeccable shape. The lawns are lush and green, with seating areas in various spots, and the polished white marble dances under the Karachi sun. Whilst approaching the tomb one is required to take their slippers off before the staircase, where dedicated stalls are in place to take care of your slippers for a self-chosen amount as compensation. 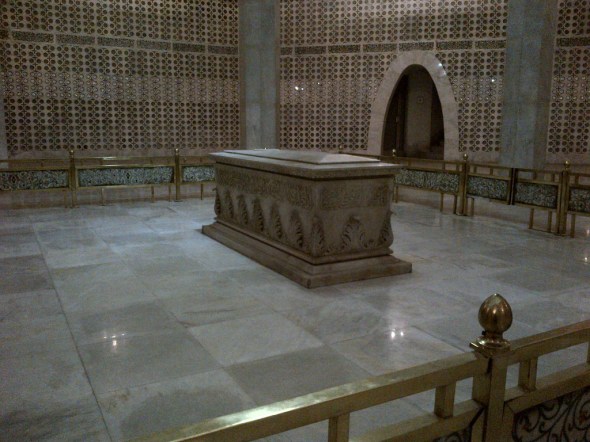 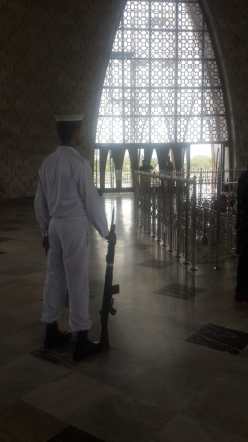 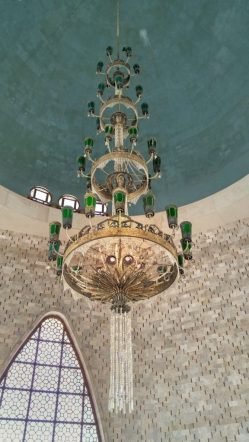 There is a tall white pole up front, on which the flag of Pakistan flutters. Guards in white uniforms surround the tomb as well as safeguard the grave inside. The tomb has massive entry gates on all four sides, the central room is the biggest and in the middle of it is the grave of Mohammad Ali Jinnah. Directly above the grave is a beautiful glass chandelier hanging from the high ceiling. There is an interesting connection between marble bridges and pathways spread out across the Mazar-e-Quaid.

The grave of Fatima Jinnah and the Quaid Museum also make up a portion of the structure. Other historical figures are also buried within the premises, namely; Liaquat Ali Khan, Begum Rana Liaquat Ali Khan, Sardar Abdur Rab Nishtar and Noorul Ameen

The museum is a treasure trove that displays personal possessions of the Quaid, including his cars, pipes, and caps, amongst other things. There is much to be learned, not only from the knowledge stored in the museum but also by visiting the tomb. Every Independence Day, people gather near the tomb to watch the guards in white perform a marching ceremony and that is an experience worth gaining.

Mazar-e-Quaid attracts a lot of families and caters to them through its small yet sufficient canteen. One can order soft drinks and snacks such as samosas and gol gappay. The entry ticket to enter is Rs. 10 for adults, which means that it is affordable for most.

With the current dire political atmosphere, there is no better time to rekindle our faith in the ideology of this nation and revisit the foundations upon which it was built.

Tags:
A Page out of History, For the Squad, Instaworthy, Kid-Friendly
Share:
previous article next article