If you are expecting a striking view and a grand entrance to this mosque, then this may not be a tourist attraction for you. If you are looking for an extremely peaceful environment and some moments of silence, away from the hustle bustle of old Lahore, Maryam Zamani Mosque is the right place.

At the livlier end of Lahore, Maryam Zamani Mosque is kept locked outside the hours of prayer. Stunning views of the Lahore Fort. Our writer found the mosque sandwiched between tire shops. 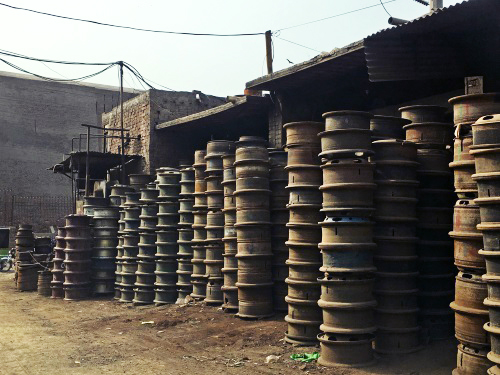 Tire shops in front of the mosque.

The location of Maryam Zamani Mosque can be understood in two ways, in keeping with the two gates on either side of the mosque. It can be accessed from Lahore’s famous Fort Road and from the Masti Gate. The Fort Road entrance of this mosque is deflating. Huge tire shops obstruct the view, unwittingly reducing its visual appeal.

That door from this side remains locked and is opened only during prayer timings. The Masti Gate is definitely the entrance you want to go for: it exposes you to a livelier side of Old Lahore. This gate is famous for its wholesale shoe market where you can find varied footwear. From khussas to kolhapuris to sandals and men’s shoes, you can buy as many of them as you want. This was a personal discovery, of sorts, since the variety available here is not found in other parts of the city. 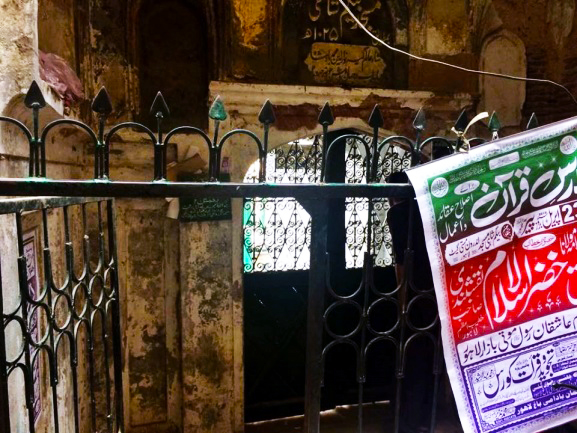 View from inside Masti Gate

Secured somewhere between these shoe shops, there is a lowered step which leads to the Mosque. As soon as you enter it, a huge ablution pond welcomes you from the center of the courtyard. A canopy on the top provides protection from sunlight and ample time for devotees to perform their wudu (ablution) in peace. 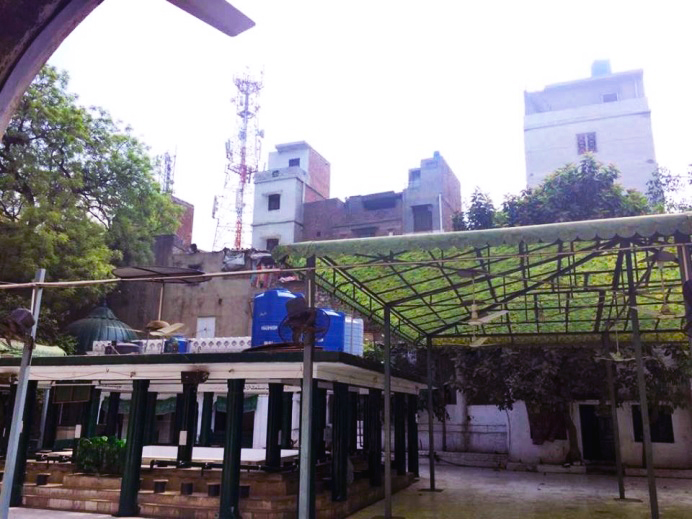 Beyond this spot stands the unique structure of Maryam Zamani Mosque. It is similar to the structure of other prominent mosques such as Wazir Khan, but I am told that Maryam Zamani is the first of its kind. Inside the prayer chamber, three rows of red prayer mats are lined symmetrically from one end to the other. At the far end, people are sleeping under their chaddars or resting with their backs against the wall. 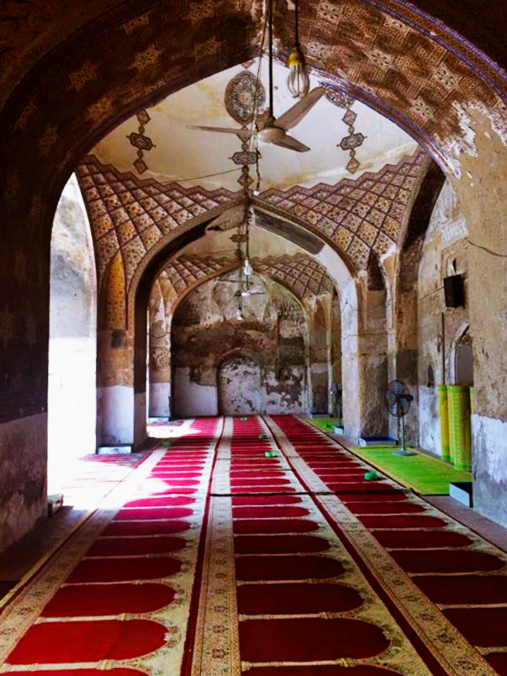 Most of the beautifully painted walls are in a poor condition: stucco-work can be seen chipping off and frescoes are dull and faded. The only intact frescoes can be found on the corner of the walls, towards the ceiling, at a greater height. The central arch, which points towards the direction of the qibla, is a beautiful sight. Most of the artwork around it is still undamaged and compels one to marvel over the intricate design. On top of this, the subtle color scheme of multiple Quranic inscriptions and floral and geometric designs on the walls, complement the silent atmosphere. 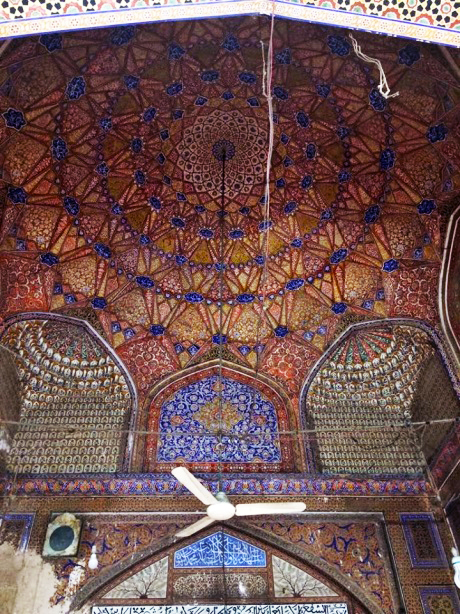 The true uniqueness of the mosque is its roof. You can access it via a shabby staircase towards the top, where the roof is occupied with around five domes of enormous sizes. A usual design for the mosque, they compel you to wonder about their placement. These domes are a perfect spot to look at the striking Lahore fort and see the sun set behind its mightiness. 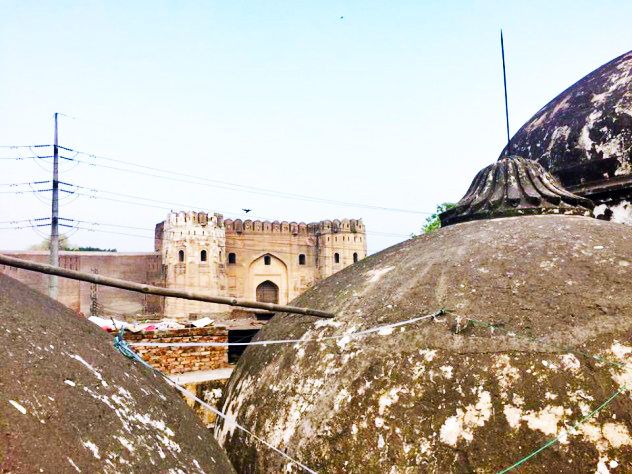 This is an instruction for people from different sects, visiting the mosque. One wonders the relevance of this regulation. A space that has universally been an asylum for the homeless, a direction for the lost, a sanctuary for the fearful and a home for the worshippers, has now put limitations on its access. Is this really how masjids (mosques) have become now? Or is it only the case with Maryam Zamani Mosque.

When Emperor Jahangir built this monument for his beloved mother, Maryam Zamani (popularly known as Jodha Bai), he would not have imagined the dismal condition that it is in now. As the first mosque to be built in the Mughal era, it holds a special reverence in history and in present times. Yet, the numerous encroachments upon its premises and the dilapidated state of its structure screams for restoration.