Mall Road: A Midnight Walk Through The Mall

Mall Road passes through the ever-growing cemented body of Lahore bridging the disjointed structure. In fact, it is the aorta which connects all other roads and helps the bloody vehicles circulate Lahore.

Recently, I took an evening walk along the Mall. My walks are an integral part of how I’ve experienced this city over the years. However, the unusual thing about a walk along Mall Road is that it surprises and exhausts you in equal measures every time.

What makes the famed road special is the long list of restaurants, historical buildings, shopping centers, and recreation spots, which lay on its margins. Each structure comes alive with unique sights, sounds, and smells. 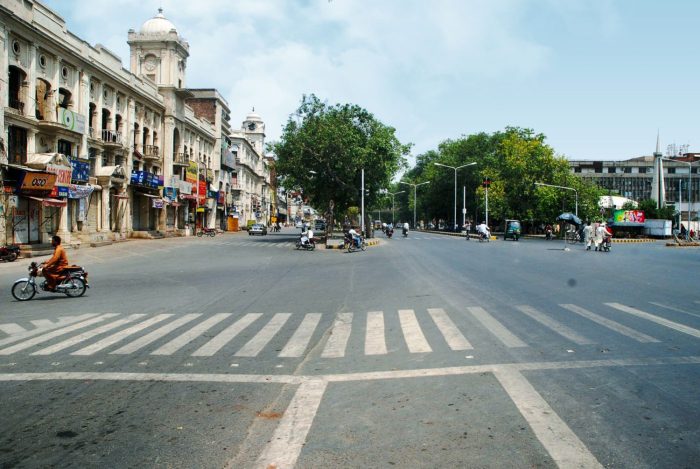 On this particular evening, I came out of Old Anarkali Food Street and headed towards Mall Road by cutting through Hafiz Juice Corner. Men and women occupied the plastic lawn chairs that are propped outside the juice corner and enjoyed their beverages in the shade of the impending night.

I walked out and along the Mall at a languid pace. The traffic was unnerving, cars screeched and stormed guiltlessly. While in the rest of the world honking horns are considered offensive, in our country it is as admissible as a sneeze. Red lights are not a deterrent in any way.

Having passed the State Bank building, I slowed down under an old willow outside the GPO. The terracotta building looked even more majestic at night under the streetlights. The footpath was still covered with loose soil from the recent monsoon repair work. 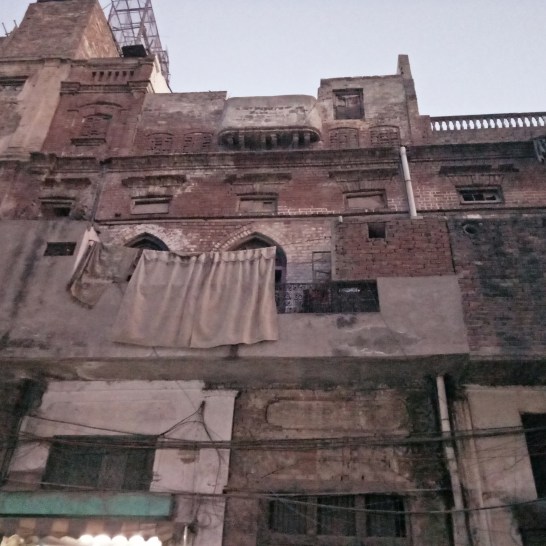 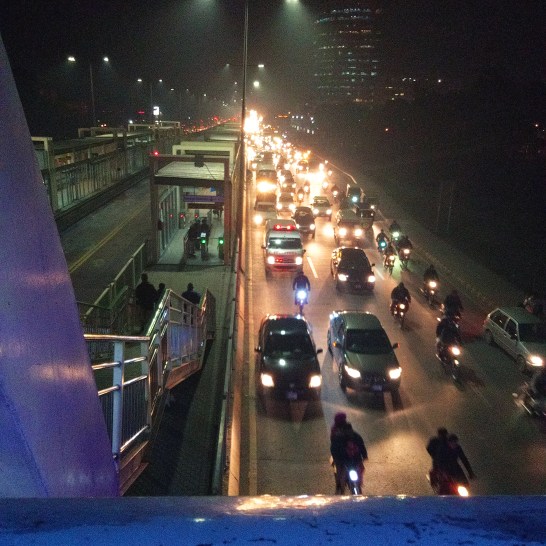 Although winter is far from here I could notice the absence of the choking mid-summer heat. Even the rushing traffic delivered gusts of winds along with their noise and shimmering lights. I decided to wear headphones to suppress the noise as it attempted to intrude upon my night. The bikers and rickshaw drivers waiting at the red light eyed me with disdain.

Two homeless men slept on bus stop benches opposite Bundu Khan. They slept without shirts, their skins tanned and speckled by the fierce summer sun. I walked further ahead towards Lahore Cathedral. The beautiful cathedral pays homage to Neo-Gothic architecture and appears almost otherworldly, which is why I often visit it.

I eventually found myself in the slightly modern market square of Mall Road. I searched beyond the restaurants and shops, shaded behind trees stood the Ganga Ram Trust Building. The building is a tall, white and beautiful structure. I sat down on a bench in front of the Trust and observed the mechanical flow of life on the road. I have sat here a hundred times smoking away lonely winter nights.

Beyond this lies Hall Road which embosoms the largest mobile market in Lahore, and perhaps in all of Pakistan. They have removed the screen advertisements from atop the buildings, save a banner denigrating blasphemy. 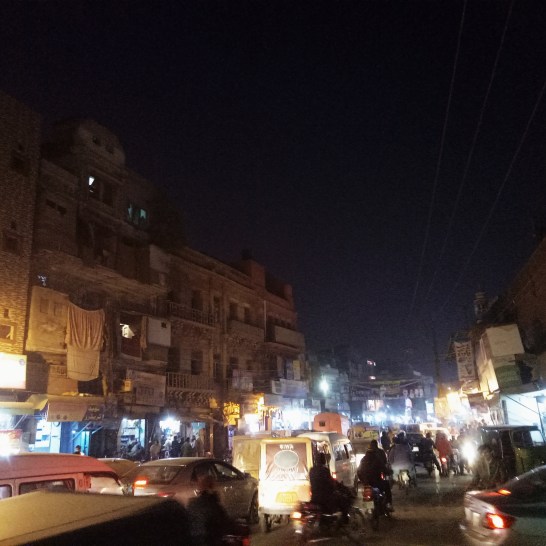 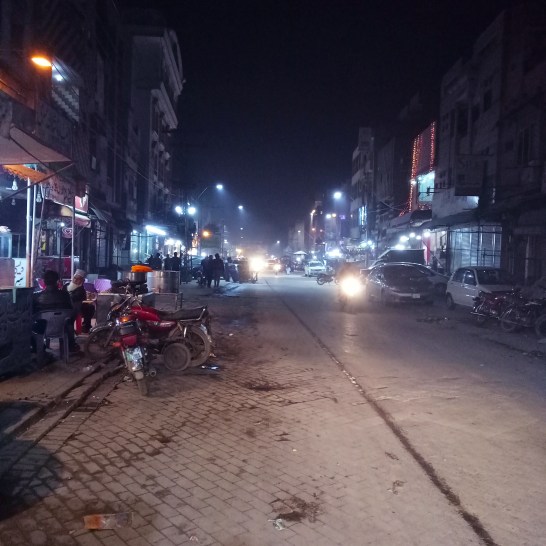 I soon walked towards Lahore Zoo. As a child, I often wondered what the animals dream of but these thoughts do not bother me anymore. Outside of the Zoo, I came across three kids attempting to blow bubbles with a mixture of soap and water. I eventually found myself outside the Bagh-e-Jinnah. The locked gate indicated that it was time for me to head home and so I turned back around.

A couple ran past me and I wondered what could have inspired the blithe excitement. A few transgenders approached me and demanded money with such entitlement that I had no choice but to empty out my pockets.

I crossed the bridge next to Panorama in order to reach the other side of Mall Road. From the bridge, I took a picture of the charged traffic below my feet. Looking up I noticed the befogged moon suspended in a tuft of clouds above the trees in the sky.

As I descended the steps I was greeted by hawkers selling little pink water pistols and discounted shirts. I wondered if it’s a good idea to sell pistols to children, even if they are just toys that shoot bubbles. Vendors were selling dried fruits in front of Chaman ice cream. The crowd outside the shop discouraged me from attempting to buy a scoop.

While the traffic was detained by the red signal I attempted to cross on to the other end. A reckless biker rushed past me and I cursed at him. The traffic on Mall Road happens to be the most immoral amongst all major road in Lahore.

Often at the crossroads, the vehicles from opposite sides run into each other like battling armies without bothering about the dictates of the lights above. Some drivers and bikers consider it humiliating to obey the mechanical lights. Others pride themselves on breaking the traffic rules because of the juvenile ‘rules are made to be broken’.

I eventually made my way home.