M. M. Alam Road is one of the major Roads in Lahore that was named after a Pakistani fighter pilot Muhammad Mehmood Aslam, who is known for his acts of bravery during the 1965 Indo-Pak war. He struck down nine Indian Airforce aircraft and was also known as Little Dragon.

The road stretches from Main Market to Firdous Market and runs parallel to Main Boulevard. Adorned with vintage street lamps by the sidewalks, M. M. Alam Road houses many ostentatiously decorated clothing brands, restaurants, and eateries. It might as well be considered the second food street of Lahore with some modern perks. The big flamboyant outlets light up the street as though Venus in the night sky. A walk down M. M. Alam could cater to all the needs of a shopper – be it food, clothing,  jewelry or recreation.

M.M Alam is the veritable jugular of entertainment in Lahore. The avenue is lined with some of the best restaurants frequented by the residents of this city. Noor’s experiential account is a fresh take, on a road most of us are all too familiar with. 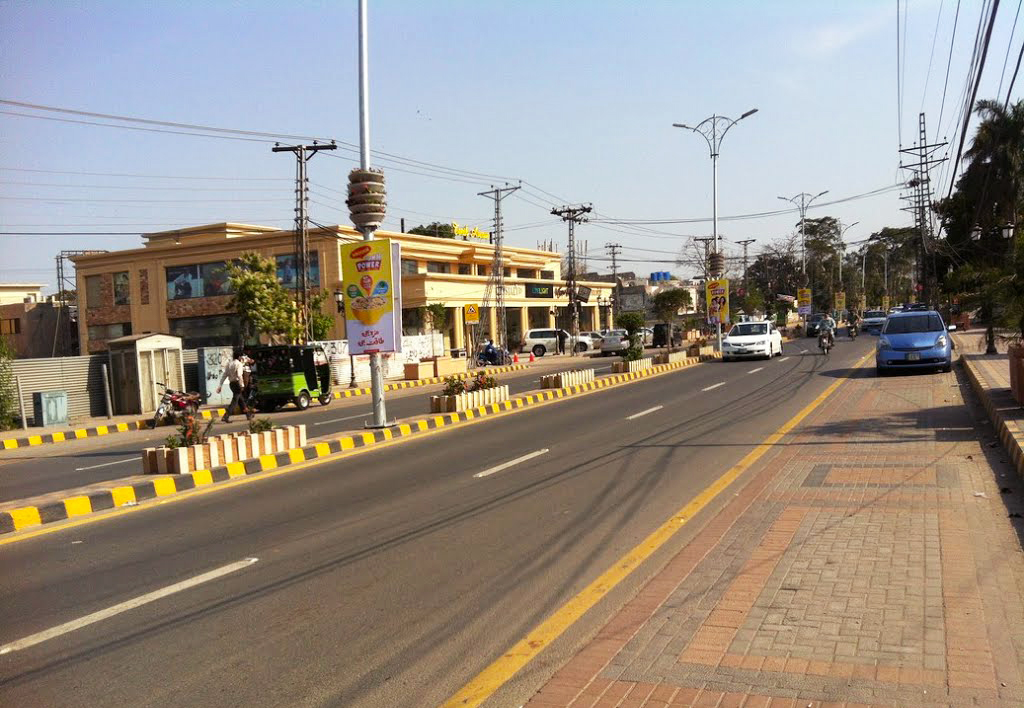 Even if one doesn’t intend to shop or eat, the road still is beautiful enough to enjoy a stroll. Architecture inspired by iconic Greek columns, courtyards, Chinese pagoda roofs as well as village clay houses throw in a little flavor from each corner of the world, making it all the more interesting to saunter through. 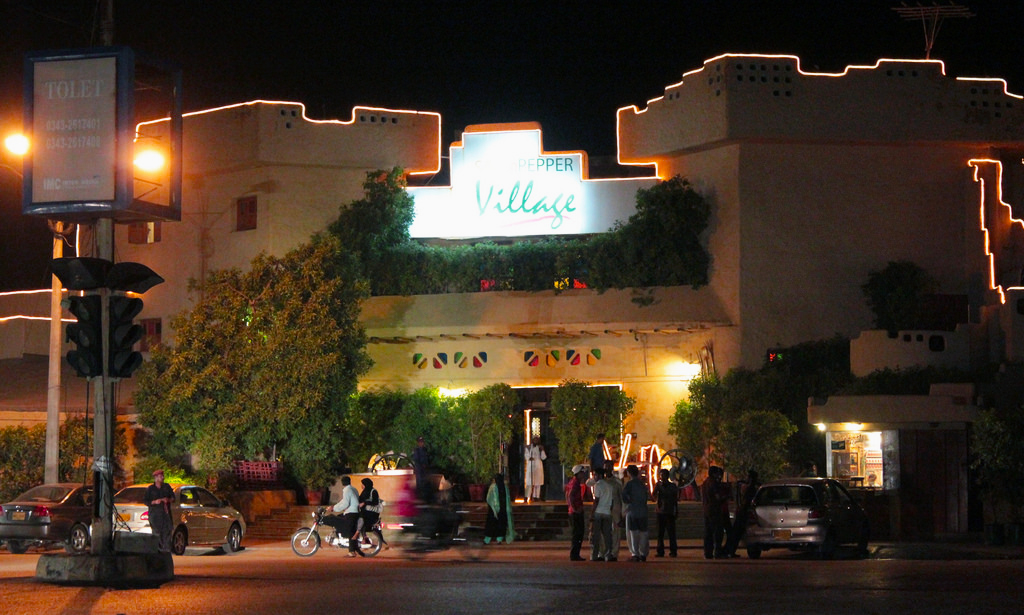 I have had many such walks over the years, particularly while I worked at Ali Tower located on this very road. The tall building hosts as a workspace for numerous companies as well as outlets and restaurants, one of which is the infamous fast food joint; McDonald’s. 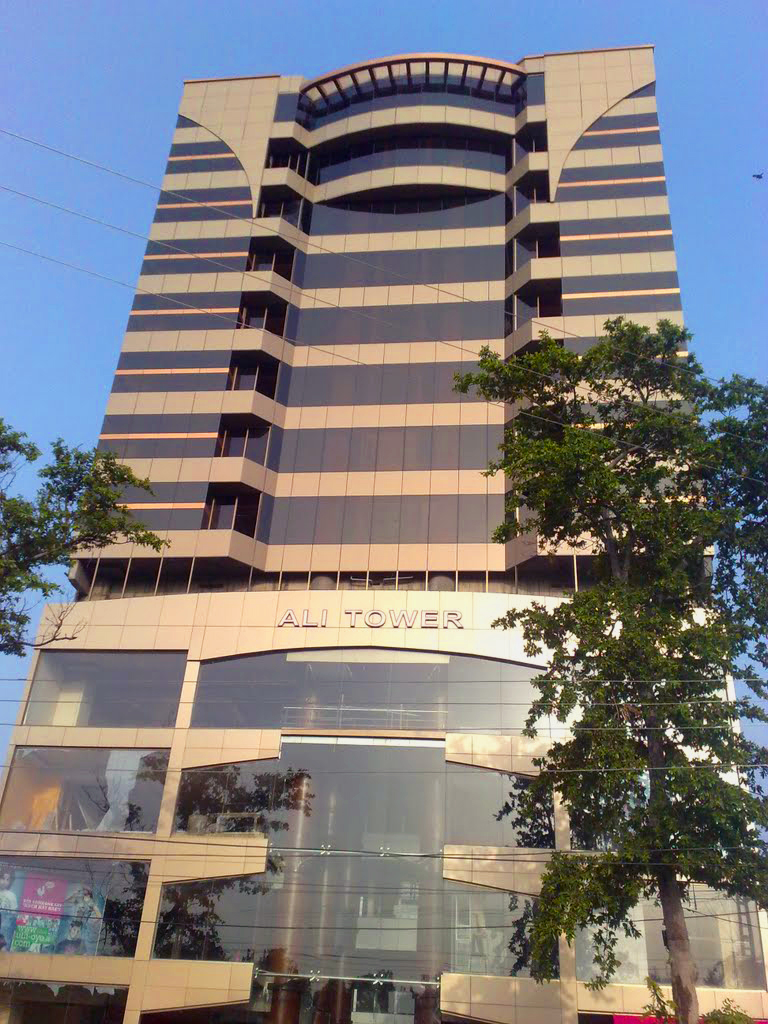 My teammate and I would start from one end and walk to the other, observing various engagements of life dwelling within the confines of this road. Some would come to the area to purchase clothes, others to have dinner or watch a movie and some would simply be there to stare but fortunately enough you don’t hear any catcalls.

M. M. Alam Road is home to all kinds of restaurants be it fancy like Cafe Aylanto or a place where you could easily have a meal under PKR 1000 like Ziafat or Howdy. Clothing brands, on the other hand, are a little on the pricey side but offer a wide range of variety from eastern to western e.g BTW and The House of Aphrodite respectively. 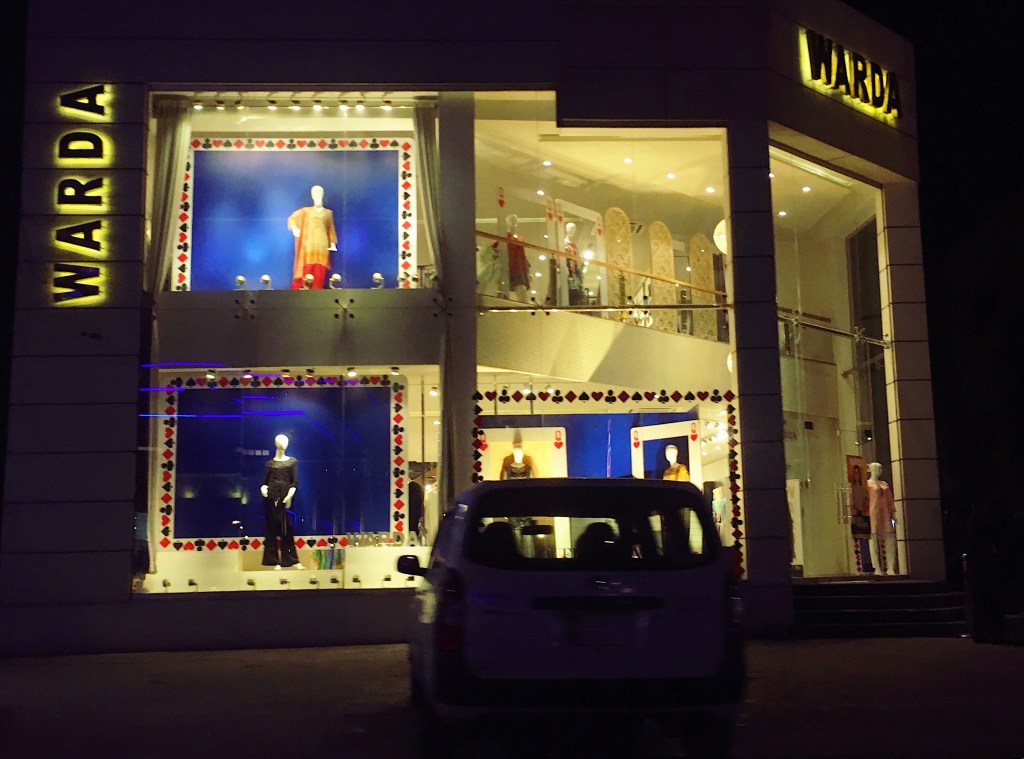 There is something therapeutic about heights and long walks especially in the cold. Around my time in Ali Tower, the employees were allowed to go up to the rooftop to get some fresh air. During the winter season, my teammate and I would go up to the roof at least once a week to get a sight of the soul-refreshing view of the city. We used to sit at the edge of a wall that was fairly wide and not too high making it safe enough for us to sit.

During our free time, we would gaze down at the glimmering lights of the cars passing by. The thick fog hid most of the structures below making it seem like a huge parked spaceship that I could look on for hours. 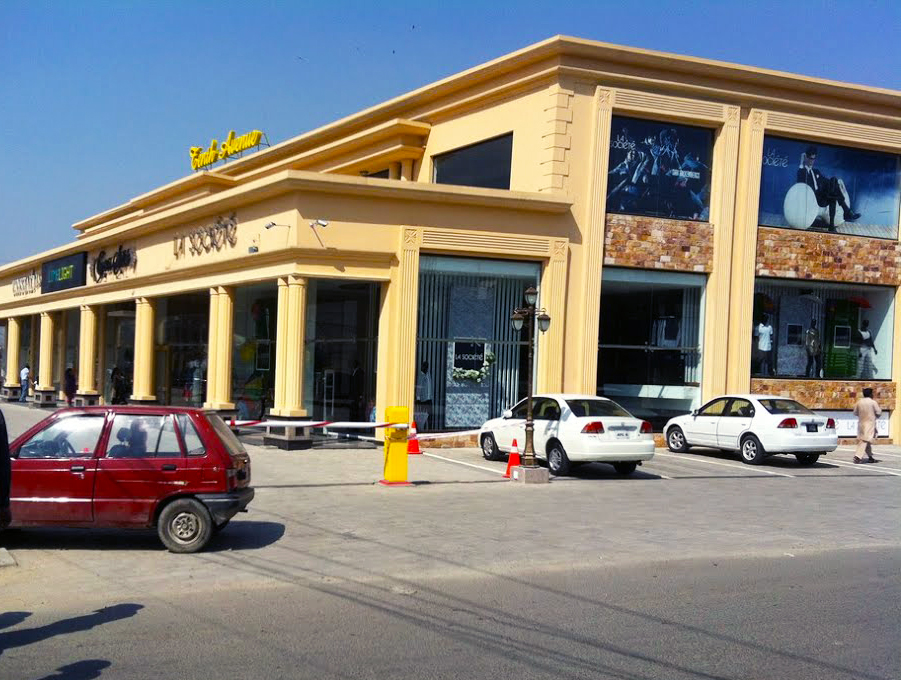 Living in a big city like Lahore it gets hard to find a place that could serve as a zen. Sometimes we have to settle for a busy commercial street instead of a lush forest path and M. M. Alam Road isn’t half bad.