For the Love of Liberty Books

Liberty Books is a chain bookstore with branches in major cities of Pakistan.

Contrary to popular belief, not all bookworms are the same. Some find their purpose within hundreds of intricately-bound brown pages. Others get hooked on the scent of new books and can be seen snout-in-shopping-bag the minute they step out of a bookstore. Were I not a bookworm myself, this observation would be creepy. Luckily, this is not the case, so don’t sue me. 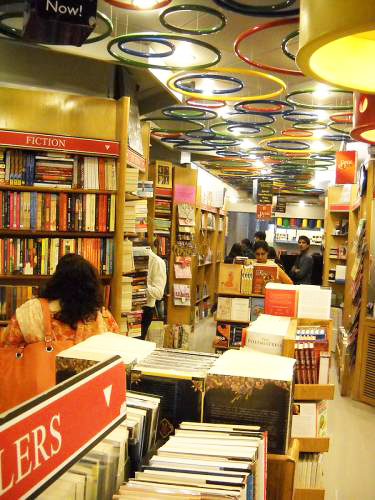 I was eight years old when I first bought a book on my own: the second ‘volume’ of R. L. Stine’s Nightmare Room Trilogy (written “Thrillogy”). I picked it at a pop-up book fair. This choice was neither age-appropriate or logistically-sound, but nobody stopped me, so I read on. I had obviously missed a majority of the plot, so I didn’t know who the lady in the cave was and why everyone was so worked up that a few bratty kids had gone missing, and I never tried to find out. What I did gain out of reading this subpar story though, was an irrational fear of caves. Case in point: I’ve never been inside a cave, and not for lack of opportunity. For all intents and purposes, The Nightmare Room was pretty shit.

My eighth year of existence was a happening one. Just a few months from the R. L. Stine what-even, I visited my first proper bookstore. Liberty Books’ bright red-and-white sign caught my eye— I couldn’t miss it. This flagship branch in Karachi was strategically-placed in a semi-circular commercial area, next to a popular restaurant (BBQ Tonight), and at the end of a six-lane expressway: in plain sight of the multitude of cars whizzing past.

Everything about the shop was interesting. The bright, wooden staircases descending to the basement; the rows and rows of colorful books tucked in neat, minimalist shelves; the foldable chairs propped up in strategic corners. Yep, that’s about everything. 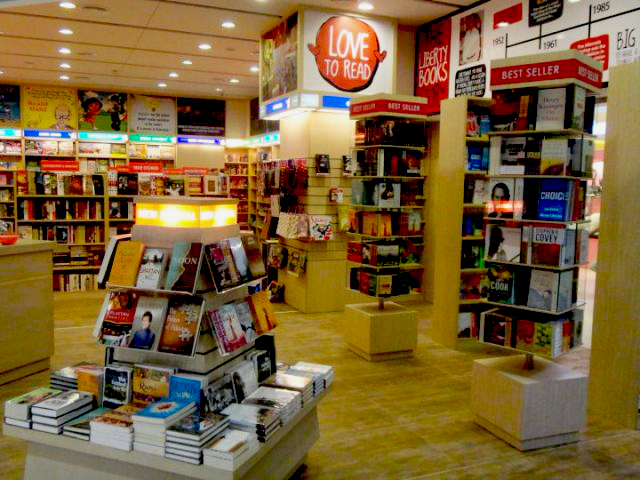 Over the years, this store was supplemented by an outlet at the Point (Park Towers, for most) and several other branches popping up all over the city. With each shopping bag of Liberty Books that made its way to my house, the list of branches mentioned on it would increase. Hyderabad and Lahore were added to the list of cities and began appearing on their complimentary bookmarks as well.

To me, visiting Liberty Books was what a lone walk in a park would be to most. Many eidis were spent hoarding collections of books because— and this is the only thing I can really hold against Liberty— the books were really expensive. I don’t really know why they were (and still are) priced much higher than the rest of the market. 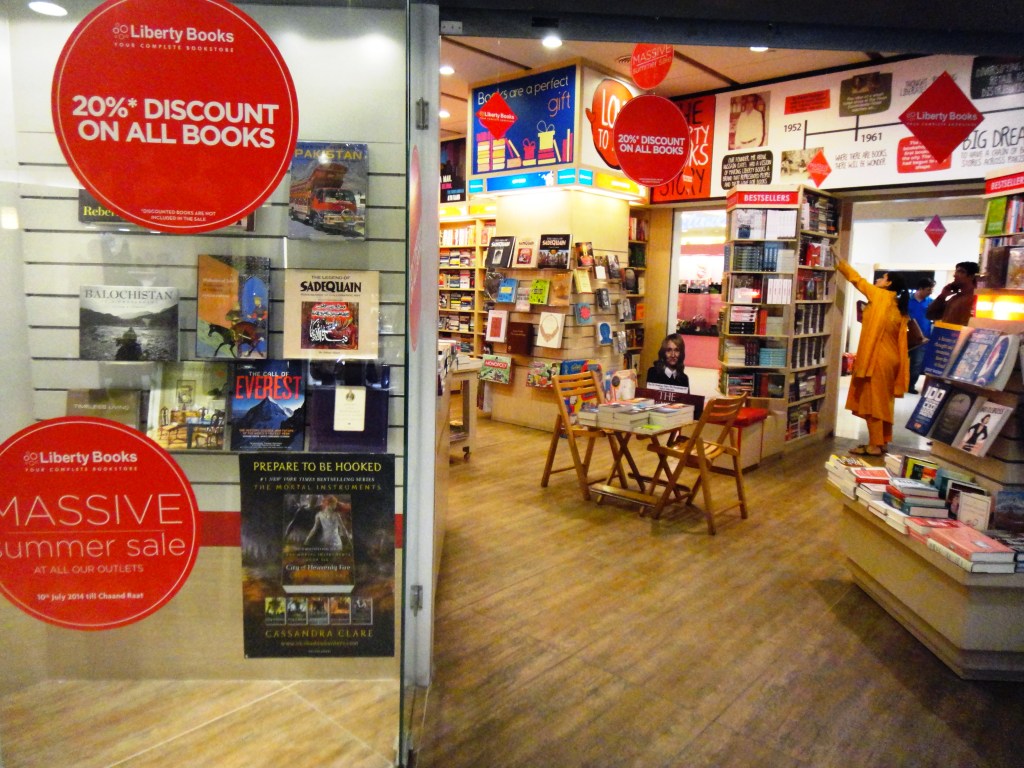 I mention this, because when I moved to Lahore (fast-forward a decade), I couldn’t find Liberty Books anywhere. Like, it’s the first thing I looked for: this and McDonald’s (priorities). But certain translucent-red shopping bags that had accompanied my cargo from Karachi stated that it existed here. I found Readings, though: much cheaper and with a charm that is exclusive to it. I was covered.

So, I gave up on looking for Liberty Books. I found solace in what Lahore offered, and in my local library. But then, one day, I was looking for an office in Mall of Lahore. While I walked the mosaic floors of this obscure shopping center, a familiar sign caught my eye: red and white. There it was, as though it had been drawn from my memory.

It had the potential of being a deeply moving experience, but I didn’t really go crazy. I attended my meeting, had lunch and then visited the store after an hour or so. Not like it was going anywhere.

The minute I entered, everything fell into place. A Series of Unfortunate Events was right next to Shakespeare, just as I remembered it. Liberty Books is the only store I’ve been to that gives this brilliant tragicomedy its due. The foldable chairs were the same, now accompanied by bright red beanbags. The staff was knowledgeable as ever— could’ve been extracted from my memory, again. But, it was distinctively more male than I remembered. That makes sense: Mall of Lahore is pretty creepy. 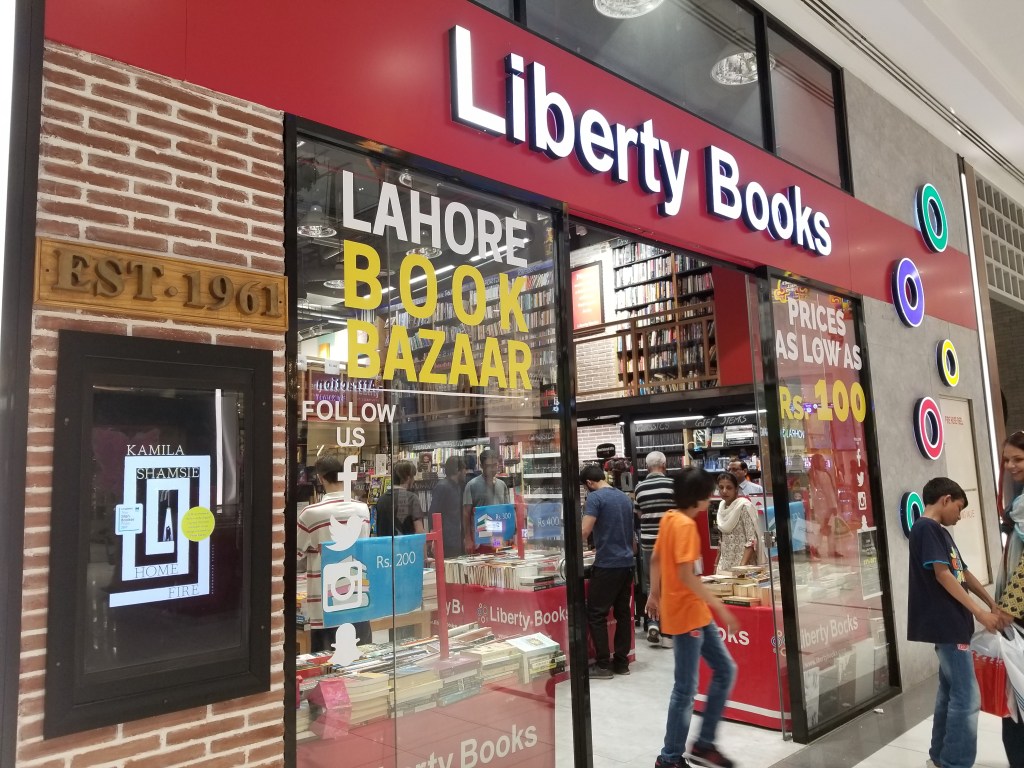 I couldn’t really get into the habit of visiting it. If a book wasn’t available elsewhere in Lahore, I’d just get it delivered from Liberty’s online store instead. Perhaps I missed the tangible connection with this store, but it certainly didn’t show.

Until of course it relocated to Packages Mall. It was closer to my home and in a more accessible location. My appearances at Liberty Books increased. I became a regular customer again, and the secluded shelf on its mezzanine floor became my haven. And yes, it sucked if somebody else occupied it. 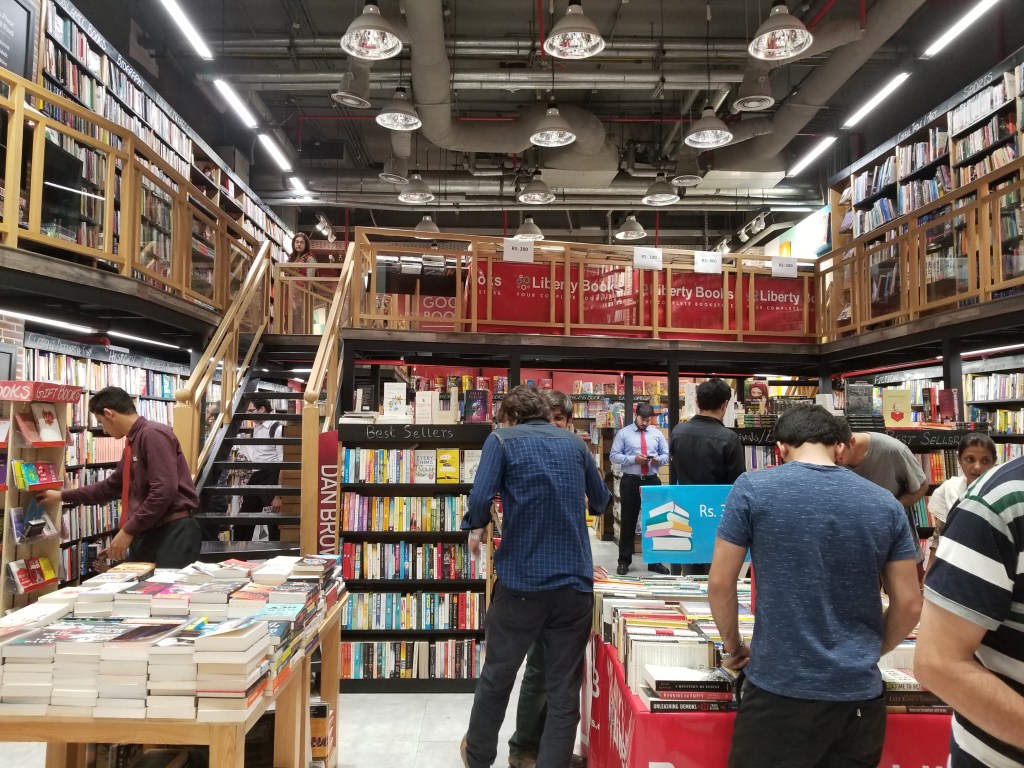 Liberty Books has a niche market— somewhere between that of Readings and The Last Word. While it was once due to its obscure location, the reason now is largely its pricing. The store attracts customers with significant purchasing power. I wouldn’t blame you for thinking that elitist fad-grabbers populate it for most of the day, because they do. And while I’ve seen my fair share of them around Liberty, there are more who stay back, peruse the beautiful coffee-table books and crouch low to examine the titles on the lower shelves. 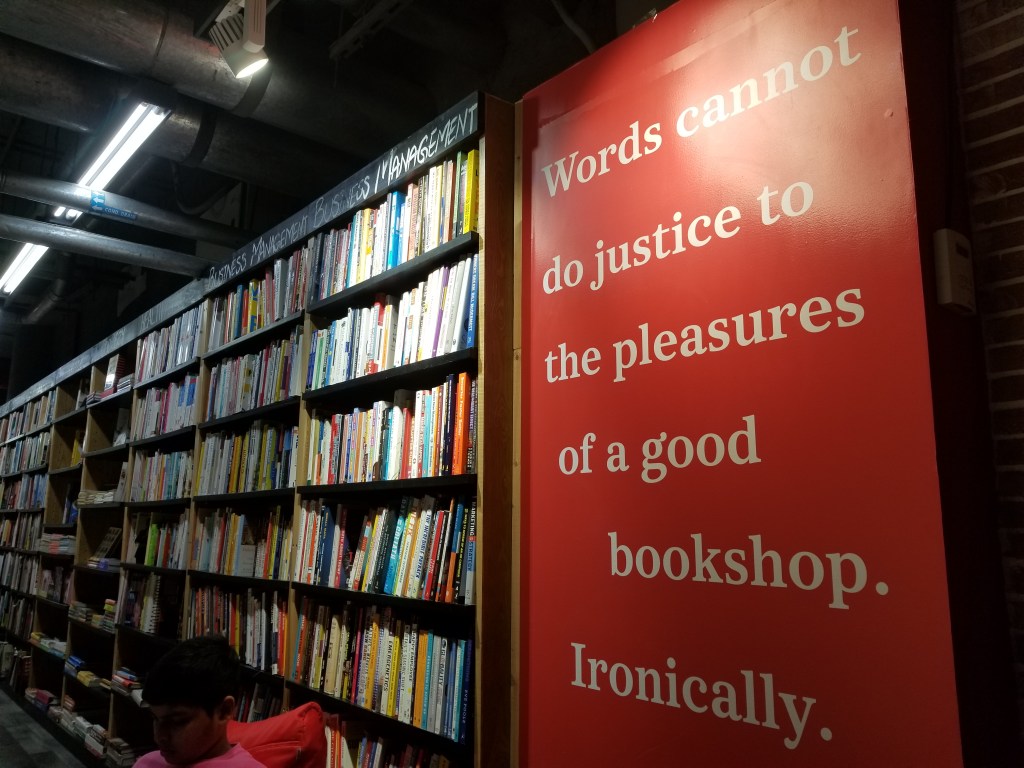 The self-indulgence that come with entitlement, however, are kept at bay. There are a lot of thank yous and excuse me going around. But that comes with the package of digging literature: nerds are considerate.

At 23, my experiences in real life are no match for what I have experienced in print: in fiction, in autobiographies and in critiques of fiction. Not everything I read is my cup of tea, sure. But then, while a Huckleberry Finn life doesn’t fascinate me, the idea that it would fascinate someone else is something I can live with. A deep-dive into literature is a humbling experience. And at this day and age, we all need to be humble.