LALABE Sandwiches: Thank You, Next.

I don’t enjoy paying exorbitant delivery fees and waiting upwards of an hour to get my food. Didn’t factor that in when you were writing that article, did you Shameel? Us Askari 11 residents really don’t have a lot of delivery options. Whenever a new eatery opens up within a 5 km radius of my home I get all wide-eyed. LALABE Sandwiches was no different.

This is a story of heartbreak. 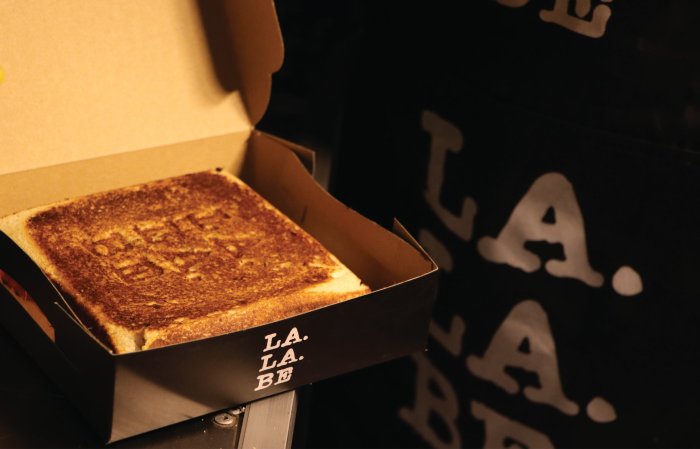 LALABE Sandwiches popped up on my radar while I was stuck in a traffic jam outside Tehxeeb Marquee. Yes, Tehxeeb with an ‘x’. An empty car was parked in the middle of the road and the owner was standing in front of the LALABE Sandwiches pop-up food cart waiting for his sandwich. This left quite a mark on me and I knew I’d be having LALABE Sandwiches for dinner that night. It took very little to convince my family to abandon their kitchen experimentation and join in.
Between the four of us, we ordered: The Turbo, The Highway, The Drifter, and The Plan B. Rs. 1220 got us four old-school (re: big-ass) sandwiches, and within fifteen minutes the delivery guy came knocking on our door. None of that tracking your order for 65 minutes BS, thankyouverymuch.

Please note: I was pretty amped at this point.

For a hot minute there I truly believed I had found my go-to midnight spot. Warm, grilled sandwiches, eight different flavor options, great prices, quick delivery, killer packaging. It seemed too good to be true.

I don’t know how your family does things, but at the Gillani household, we share. Each sandwich was quartered up and everyone got to sample the full spectrum.

The first sandwich I tried was The Turbo which was basically a spicy club sandwich. It had your usual suspects- fried egg, tomato, lettuce, chicken and cheese. Mushrooms, olives, jalapenos and oodles of BBQ sauce also made appearances. Now I find BBQ sauce incredibly problematic; mostly because every restaurant in the city uses it to mask a lack of flavor in their food but also because it’s often too sweet for my liking. Hard pass.

I quickly moved on to The Drifter and it straight up tasted like a Hawaiian Pizza. I’m team Pineapple-On-Pizza-Works so I wasn’t mad at it at all. It had corn and peppers packed in as well, all of this tied together with melted cheese. I took two bites before FOMO redirected me. In hindsight, if I had just stuck to this sandwich this would’ve been a very different review.

Next up was The Highway which was essentially a less fancy version of The Drifter. The same flavor profile, or lack thereof, with marginally less BBQ sauce. The Highway was just as unimpressive as The Drifter and I put it down after one bite.

Since Mama didn’t raise no quitter, I picked up The Plan B hoping it would save me. This one was straight up a chicken tikka sandwich. Exactly the kind you’ll find at Bread and Beyond. I don’t do chicken tikka sandwich this is because I consider it the laziest flavor out there. You’re just depending on a national recipe mix to do all of the work for you, where’s the innovation? I know a lot of you might disagree with me, I’d love to hear all about it so comment away.

Maybe if these sandwiches weren’t grilled I would’ve appreciated the number of veggies stuffed into each. I am still resentful about the amount of warm wilted lettuce and tomato I consumed that night. A quick glance around the table showed that my family was of a similar opinion, save my elder sister. She is known to have terrible taste in food so excuse her. 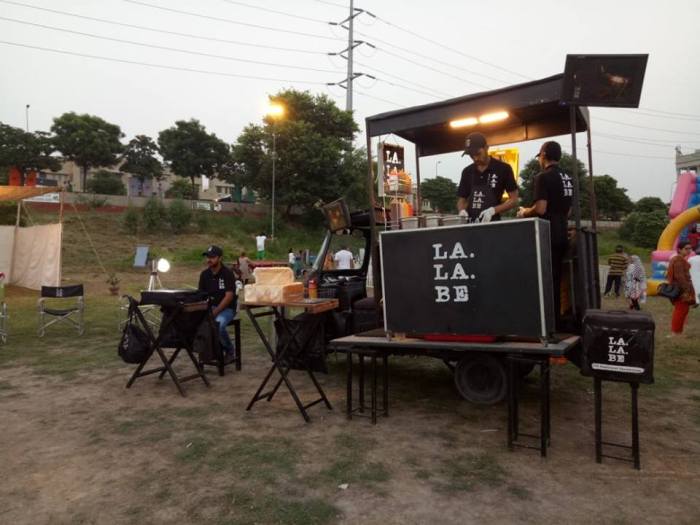 We ended up ordering Broadway Pizza an hour later.

Don’t get me wrong, LALABE Sandwiches doesn’t have entirely terrible sandwiches if you’re into the Jalal Sons breed of sandwiches. These sandwiches a heavy-handed with sauces and spices so what you end up with is a soggy mess smothered with mayo and bbq sauce with little else to offer in terms of flavor.

The LALABE food cart is a regular feature outside the Askari 11 Main Entrance and, despite my strong opinions, the other residents seem to be loving it. My sister is a regular there too. I cannot find it within myself to try it again.