I woke early on Sunday because my phone was blowing up. I was halfway through an exciting dream, and did not appreciate the intrusion. It was my friend Hamza, who had dropped his pursuit of a philosophy degree at Government College University in favor of moving to Islamabad, to study International Relations. “Could you go today to Railway Station landa [flea market] and find me a Buddha statue,” he asked. 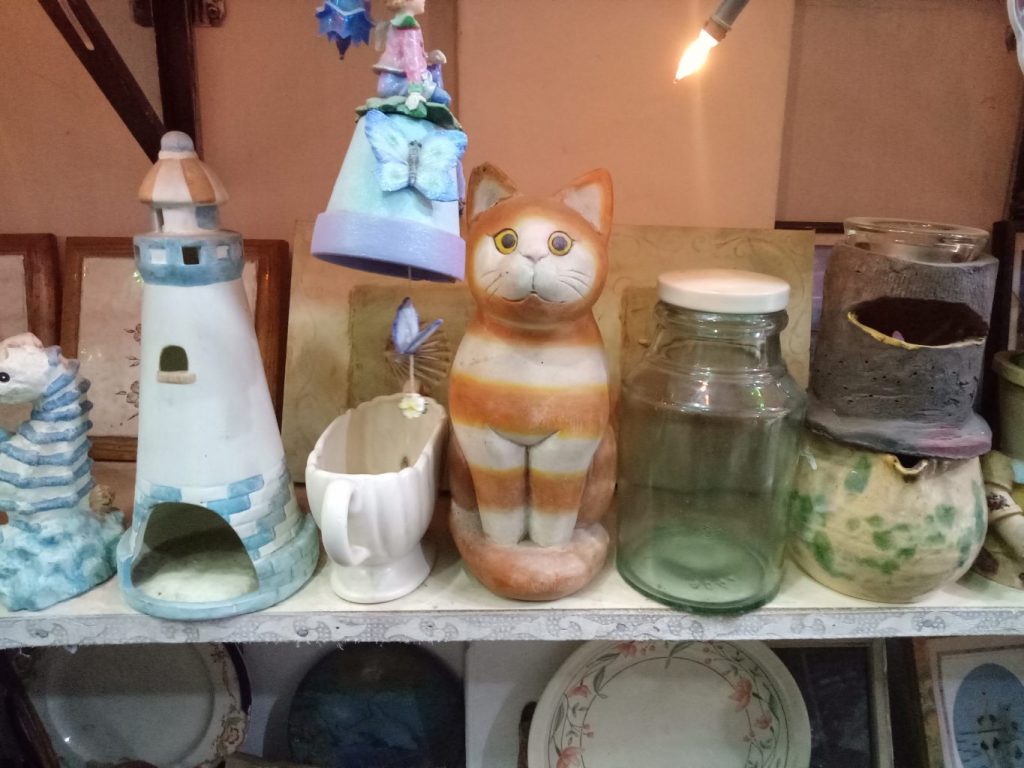 Owing to my annoyance, I cussed him out generously. I wished in that moment for a heaven without friends and family. I asked, “Idiot, were you not sharing Rumi’s quotes last month and putting up statuses about finding God and truth within yourself?” He replied, ‘Nah, Rumi is a mystic, who is lost in spiritual fantasies. What I love about Buddha is that he acknowledges the suffering inherent to human life…” I cut him short and told him that we would resume our conversation in the afternoon. I knew he would lecture me endlessly, and feared that he might try to convince me to accompany him to Tibet. 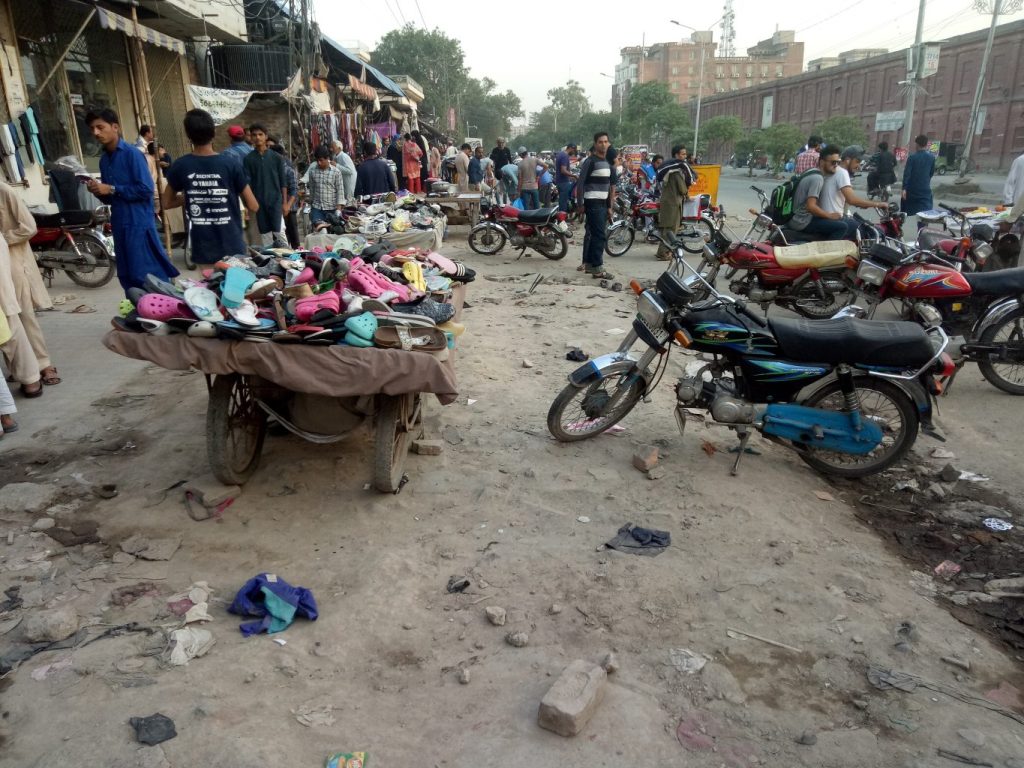 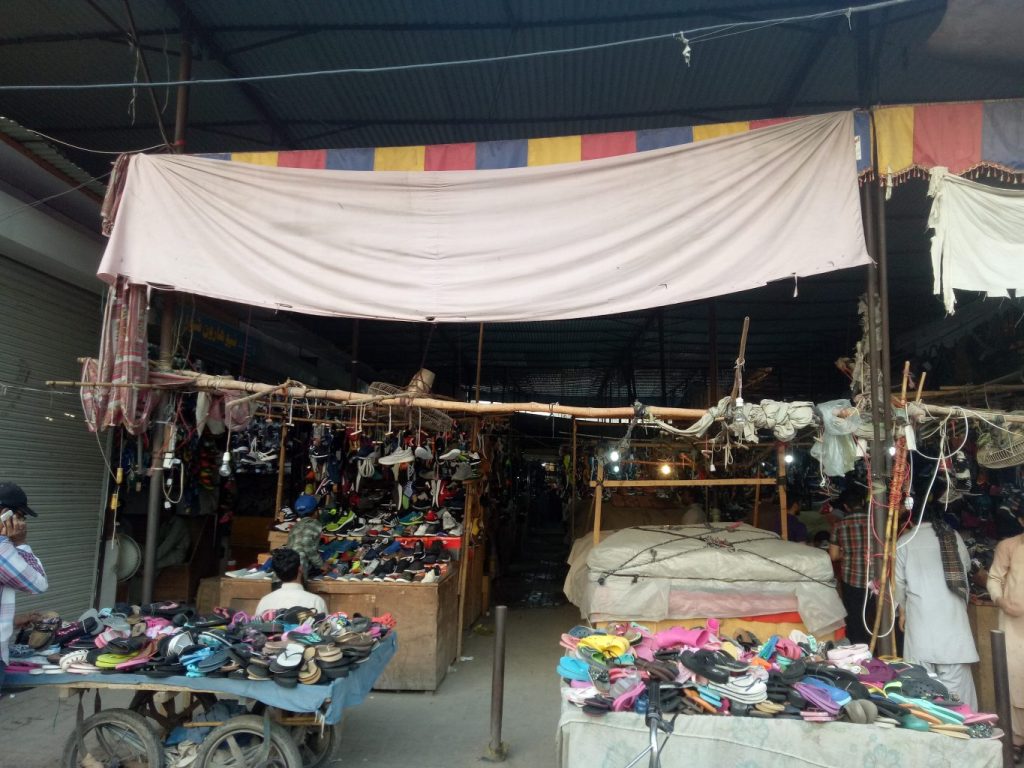 The shops at the beginning of the landa deal in electrical appliances and brand new products. However, as I walked forth, I came across shops filled with shoes, curtains, bags, and several other used products. The street of Nolakha Bazaar was strewn with plastic bags, plastered against its rugged face like wet kisses. I encountered a crowd gathered around two young men fighting and arguing with each other. They were saved from knocking into each other by the reconciling hands. I saw that the first floors above those shops were occupied by families. The windows and galleries were covered with thick tent fabric and layered with dust, adding to the sadness dozing behind those walls. A few female heads appeared behind the curtains to observe the commotion caused by the two gentlemen. 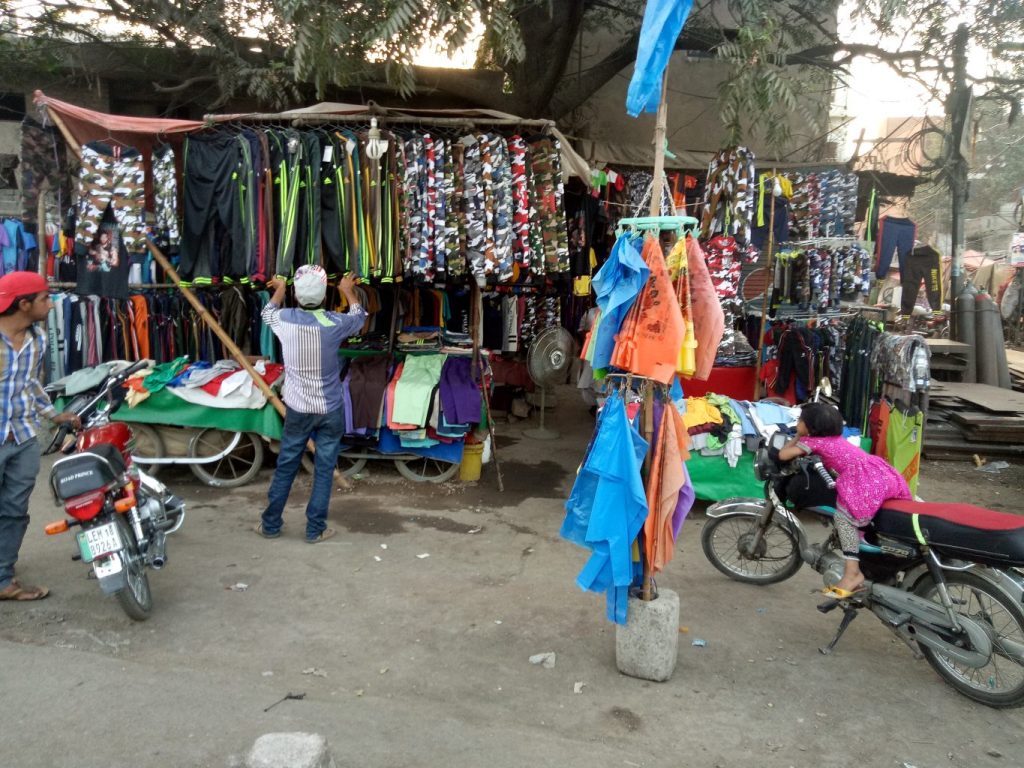 Further down, more and more carts appeared before shops selling old jeans and shorts, shoes, caps of all sorts, and colorful underwear. While I abused my friend for falling in love with Buddha, I smiled as I replayed in my mind Nawaz’s scene from Freaky Ali. In the movie, he delivers a humorous tirade in praise of underwear. 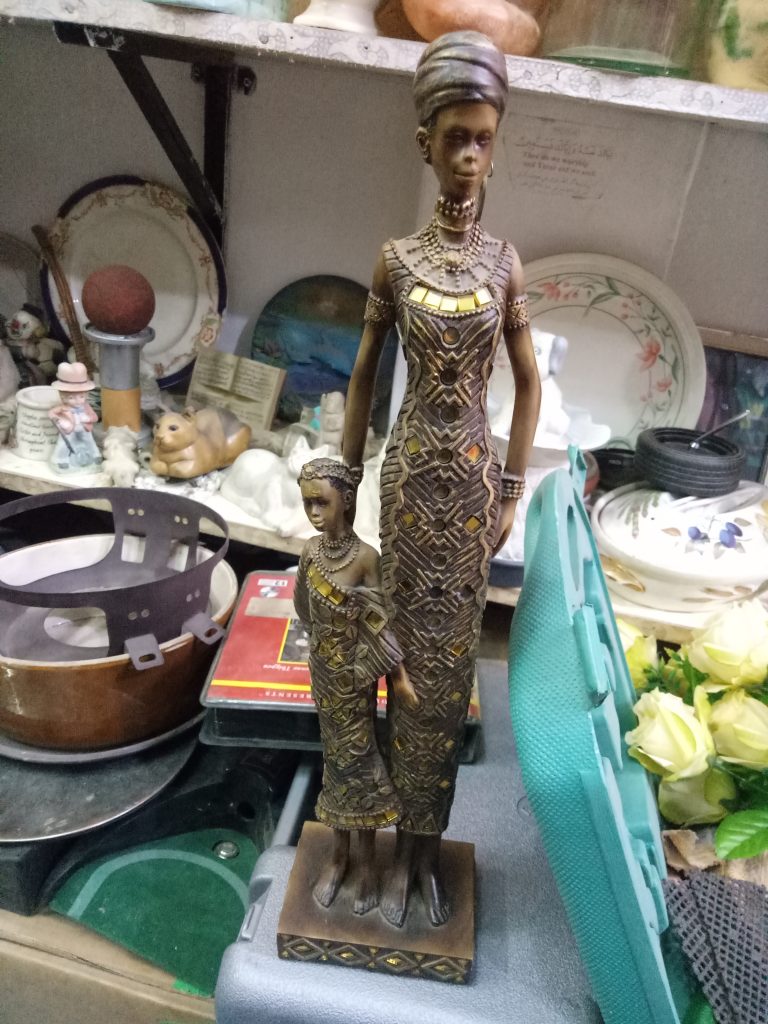 In the bazaar, young boys wandered about with masks suspended from bamboo sticks. There were several vintage products shops but none with a Buddha on sale. I came across a statue of a striped yellow cat, a tall and a short woman standing together, and an old couple reading together and sipping tea. I asked one of the shopkeepers if the landa is confined to Nolakha Bazaar. He told me that I could find a small flea market on Empress road, a little distance away from the station. 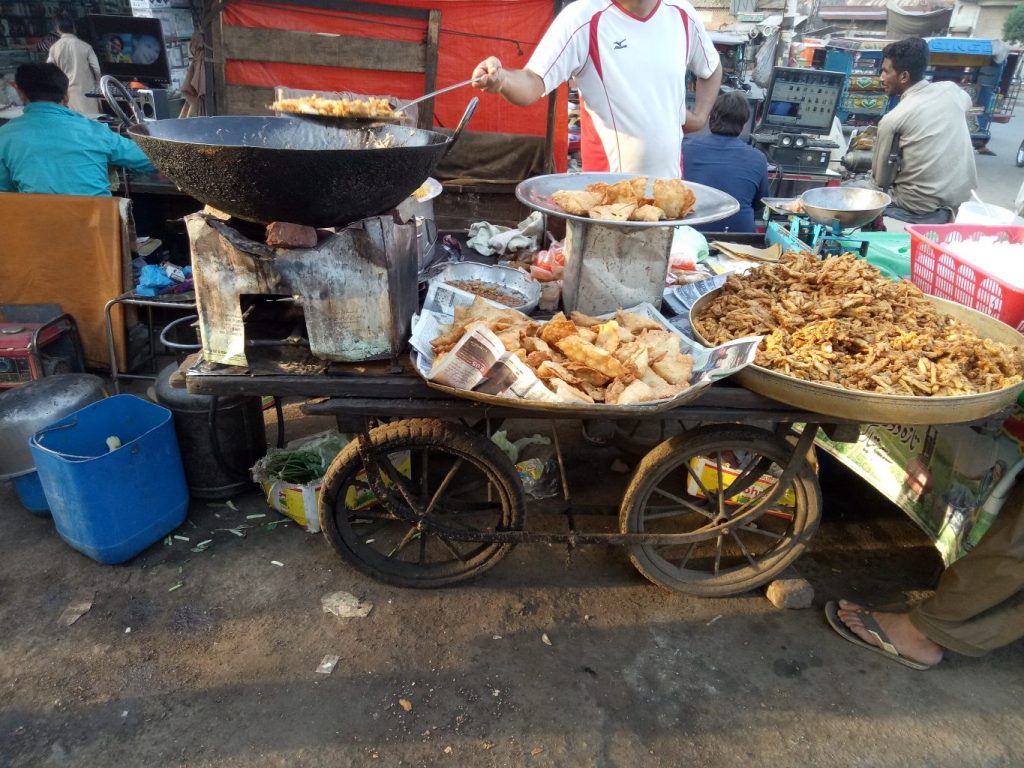 On Empress road, there were two markets offering old clothes and shoes. A crowd buzzed around the carts standing on the even ground, littered with rubble and broken bricks and sad hips. A young ragpicker, dyed with soot as if washed in a chimney, zigzagged between the carts looking for rubbish to sell. Sober men felt old belts and shoes as a ritual and placed them back without buying them. I saw only a few women in the flea markets, all draped in black. This reminded me of Masha, from Anton Chekov’s ‘The Seagull Dissatisfaction’. She had a witty quote in there, about black clothes:

Medvedenko: Why do you always wear black?
Masha: Because I’m mourning for my life. I’m not happy.

Walking among the carts like a displeased jinn, I did not find any Buddha statue. I bought two torn yellow underwear for Rs.50 and shipped them off to Islamabad. My search for Buddha amongst old jeans and leather shoes deserved some poetic justice. Right now, my friend is looking forward to a fine bronze statue of Buddha.