The Lahore Museum showcases the rich history of the Subcontinent in uncorrupted and concrete forms. Though I have visited it with friends and family in the past, the impression it left on me when I went by myself was like no other, surpassing my expectations. While exploring all of its halls and rooms, I came to an important realization: historical sites and objects demand undivided attention. You either tour them alone, or with companions who do not interrupt the isolating process of observation and reflection.

The writer visited Lahore Museum hoping to be enlightened on Lahore’s glorious past. Instead, he was met by snickering teenagers, little or no fellow curious souls and a space that was left, more or less, to its own devices.

It was hazy outside when I entered through the main gate. Upon entry, I found myself in a different place altogether, with yellow lights shining down upon art pieces in intimate semi-darkness. The flux of people was consistent and at times unsettling, but I familiarized myself with their constant presence and turned into the first hall on the left.

As I walked along the cabinets set against the walls, I observed utensils like ewers, trays, tea-sets, vases and bowls from the Mughal and Colonial era; their refined makeup and extravagant design did their Mughal legacy justice. Next, I came across Damascene weapons from Ghaznavi and Ghori dynasties- swords, daggers, arrows and bows. And as I dug deeper into history, I found comfort in the fact that security had kept my smartphone at the entrance. If this hadn’t been the case, I would have focused entirely on taking pictures of the artifacts and not the artifacts themselves.

When I came to the section that displayed ancient jewellery, I was reminded that our ancestors and colonizers not only fought innumerable battles and wars, but also indulged in art, culture and aesthetics. It was here that I saw a woman trying to pacify her little daughter. The little one wanted one of the pieces of jewellery for herself. 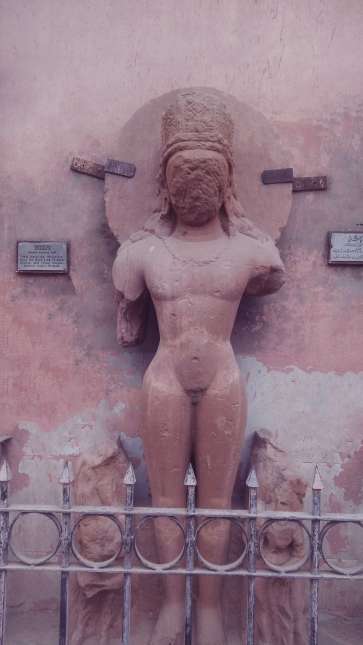 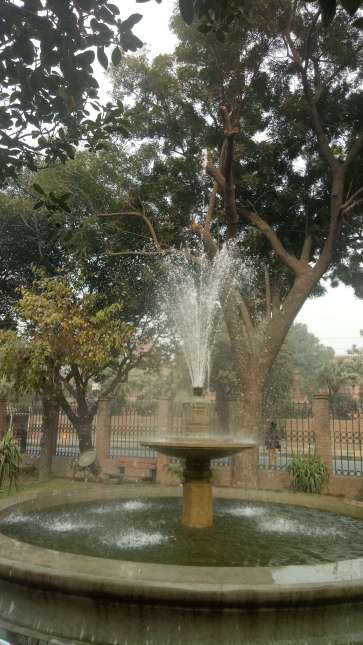 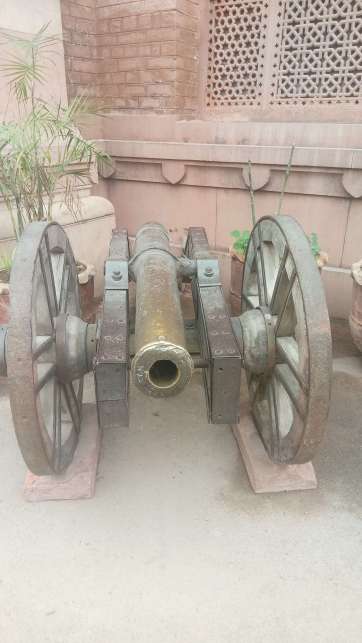 I then made my way to the hall where statues from Hindu and Buddhist communities were displayed. Brass figures of Kali Davi, Budhmat Davi, and Rama were riveting. Ironically, they had placed the voluptuous Bronze figure of Tara Davi next to the austere Gautama Buddha. I stood there for a while wondering if they wanted to juxtapose Tara’s sensual impressions with the ascetic abstinence of Buddha. Unlike the figure of Vishnu outside of the museum that was castrated, I was relieved to see that the authorities had not mutilated the figures placed within the cabinets. A few feet away, two young boys stood before a buxom Hindu Davi, repressing their laughter. As soon as they noticed my presence, they slid away shyly. The busts and statues of Buddha were numerous, and some appeared to be centuries older than the others. While I perused them, I remembered the famous poem ‘Gautam Ka Akhari Waaz’.

The hall designated for paintings and portraits had a strong woody smell to it. Although there were many families visiting the museum, the artifacts and art pieces were not drowned out by their movement. An afternoon in the Lahore Museum can be an aesthetically refreshing experience as it is hard to observe the confluence of the histories and cultures preserved there in other parts of Lahore.

Tags:
A Page out of History, For the Squad, Kid-Friendly
Share: