The Unmatched Naan-Khatai of Khalifa Bakers

Via Circular Road, I entered the Walled City through Lohari Gate. Then I started walking towards the famous Khalifa Bakers, which remains hidden among the hundred intricate streets and alleys here. The excessive numbers of shops packed together in a narrow street seemed unreal in the moment. It was for the first time that I went to the Walled City and found it to be a separate city within Lahore. 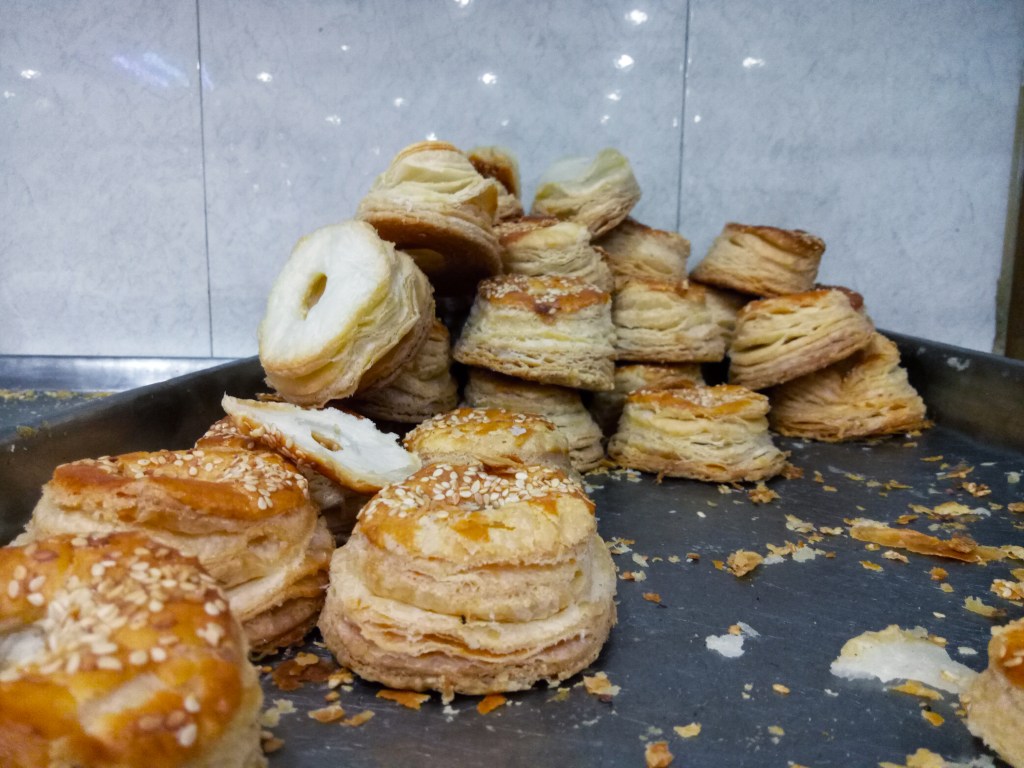 After wandering around aimlessly for a while, at last, I reached Akbari Gate bazaar and found my way to Khalifa Bakers. Their shop seemed spacious in comparison to others in nearby bazaars, which happen to be quite small in size and stature. Khalifa Bakers had set up a line of cabinets behind the thick counter, in which their special Naan-Khatai and a number of other baked goods were exhibited. On the counter, in one corner, stacks of containers were placed, filled with naan-khatai. Naan-khatai is a brownish-white soft biscuit, which does not seem special from its appearance. But once you have taken a bite and tasted the almonds sandwiched inside, you feel that it is a genuinely different and delicious breed of biscuits. 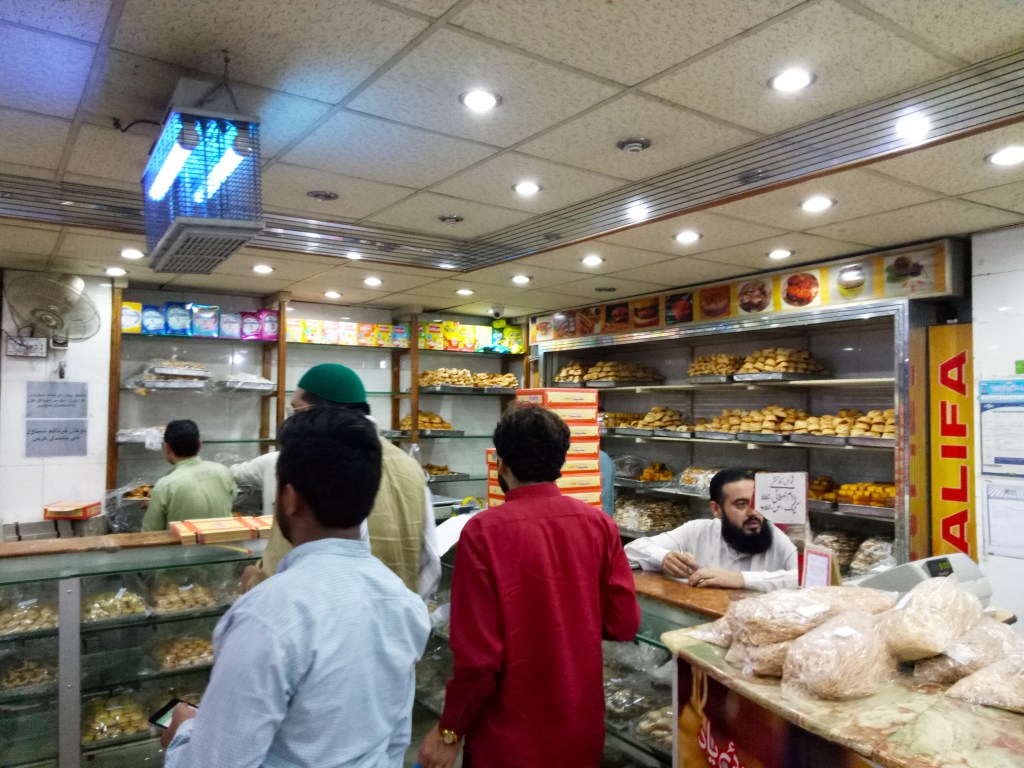 Although the bakery is large enough, it did not offer any cold drinks. The few naan-khatai I ate made me feel thirsty. Apart from their specialty in naan-khatai, they offered a variety of other items and packed foods for local customers.  After taking a few pictures and eating the naan-khatai, I went up to the manager and asked him few harmless questions.

Noor: Can I ask you few questions about Khalifa Bakers if you do not mind?

Manager: What is there to know … (smiling) okay, ask me and I will try to answer.

Noor: When did the Khalifa Bakers start initially?

Manager: My great-grandfather initiated this whole business. It was way back before partition as my father was young during partition. He saw Pakistan in its becoming. Manager: Yes, we have few boys, who go and deliver to people but they take the fare from the buyers. I do not know how much they take. Also, there are a large number of people, who have made Facebook accounts to deliver naan-khatai on their own, after buying it from us without telling us. They buy it at normal prices from us and sell it at a markup to others in Lahore.

Noor: The store has become quite famous. What do you think the secret behind it is?

Manager: There is no secret. Giving wealth is in the hand of God. When he wants to give to anybody, he gives without restraint. The success of our bakery owes itself to nobody’s expertise but to God only. Often very clever and intelligent people happen to be poor, while simple and straightforward people happen to earn a lot. It means that wealth is in the hand of God. It is his distribution and he gives it to those he chooses.