Karachi is a city of multiple shades. Forever bustling. Morphing as the day passes. The morning starts with doodh walas dropping their respective orders, people waking up, boldly facing their daily grind (offices and schools). As the sun rises and temperatures climb, people get crankier and the traffic gets louder. Come evening, everyone has mellowed down. After spending a little time to unwind at home, most people head out for late-night indulgence, in the city of lights. Unlike other metropolitan cities of Pakistan, Karachi has a distinct chai dhaba culture, one that continues to flourish. The role that women have played in redefining dhaabay is what is worth mentioning. 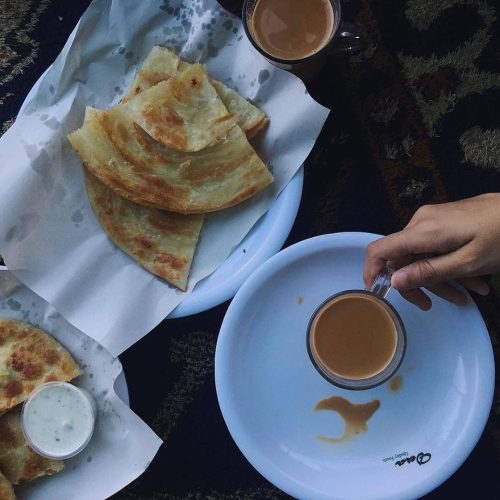 Long gone are the days when the word “dhaba”, used to paint such a picture in your head: a stop for truck drivers on the superhighway, all men of similar socioeconomic backgrounds. Chotu running from one table to another, serving and cleaning up. Overwhelming negligence of hygiene and an aura of exclusion: of women, of men from other socio-economic backgrounds, of children. However, like multiple other facets of daily life, Karachi has managed to revolutionize that image for all of us.

Dhabas have started springing up in Clifton and Defence areas, they’re inclusive spaces where families, women, and children are all welcome. It’s a common sight to come across girls sitting at dhabas, sipping on chai, holding cigarettes with such finesse and confidence that it puts every misogynistic eye to shame. People from all sorts of backgrounds and stories have a space to connect with and befriend each other. Women have started owning public spaces and making their presence felt. 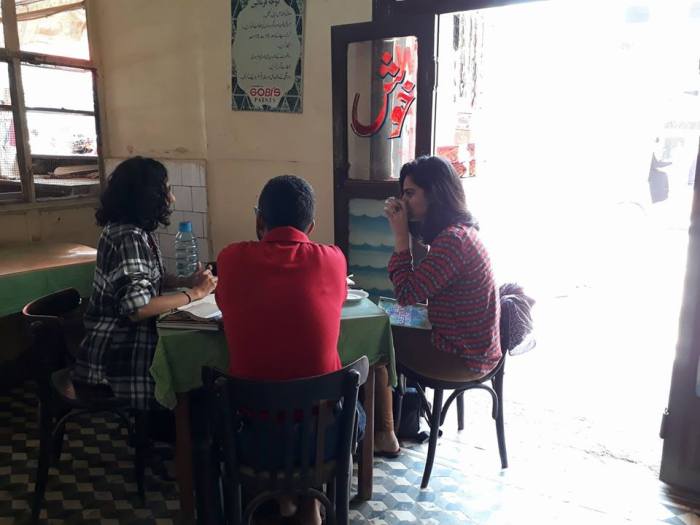 I find myself spending hours at “Dhabay G”, day in and day out, with my group of friends. This is an experience which is liberating in itself. Since our childhood we have been indoctrinated with harmful, archaic notions of appropriate feminine behavior: good girls do not stay out after Maghrib, good girls do not share public spaces with strange men, good girls stay in the kitchen, and the list is an endless series of baseless expectations. The concept of women going out with friends to relax for a while is still alien to most households in our society. But in the midst of the same old suffocating norms and values, Karachi’s dhaba culture has accommodated us. 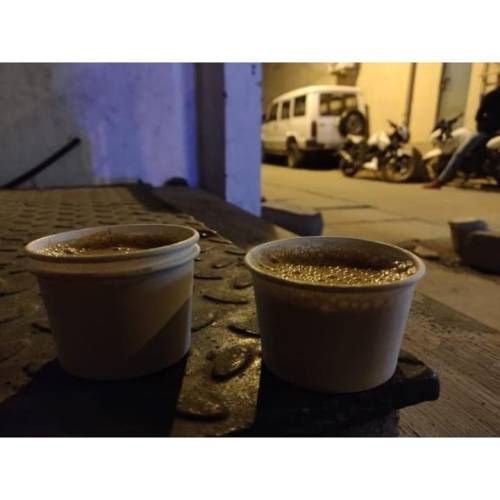 I would say we largely owe this micro revolution to a collective of intensely inspirational women who call themselves “Girls At Dhabas” (GAD). It all started with Sadia Khatri who uploaded a picture on her Instagram. A simple image of her sitting at a local dhaba, with the hashtag #girlsatdhabas. It meant a lot of things to a lot of women struggling to find their space in society. It meant being able to gain access, it meant inspiring other women to take the step of not being ashamed. The hashtag organically evolved into a rallying call for others.

As they have grown as a movement over the years they have managed to give a much stronger voice and a resourceful platform to women who want to reclaim public spaces and do incredible things for the society. Common criticisms for such a change in the trend of dhabas include the absence of a more intersectional perspective. People think that dhabas are places which are unique as a public setting for the lower income households and with this rising trend of them being claimed by a majorly elitist movement it has started taking this symbol away and polishing it with a brush of capitalism and glamour that misrepresents the true setting of the space itself. 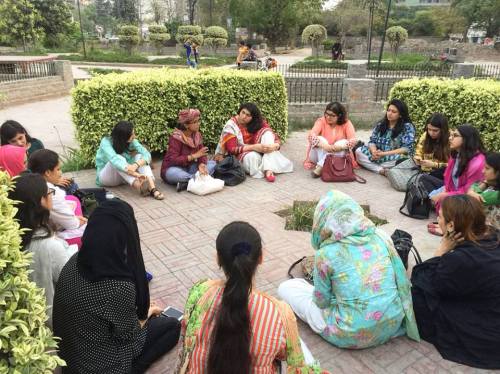 Now that is an interesting thought, one that must be engaged with. The women who are most actively participating in this process of empowerment have a much more privileged lifestyle, compared to those in the lower income areas like Liyari or Laalu Khait etc. They are also women who are generally well-educated. So maybe yes, this movement seems exclusive. But then do these critics expect women who are stuck in cycles of domestic violence, endless poverty, and ignorance to be finding the time and leisure of sitting at a chai dhaba? If that is the case then such an expectation is either borne out of the urge of being a contrarian or simply out of an ignorance of how people set priorities in life. 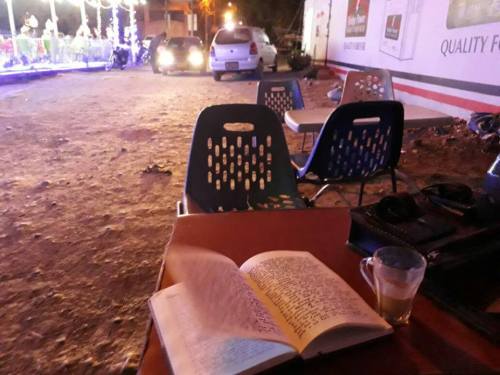 Of course, it is extremely imperative for the less privileged to gain access to tools of mobilization and discourse. But are such aims mutually exclusive or not? It is obviously the women who are more equipped with resources that can take charge and indulge in a process like this one because such a process requires resources. It is a sad reality of life but one that we must face.

Karachi’s culture is evolving, rapidly and vigorously. Five years ago nobody could have possibly foreseen women frequenting dhabas so casually. Karachi is a city that is home to thinkers, artists, and people who wish to desperately change what they find objectionable. The city is a breeding ground for many rebels, inspiring others to take charge of their situation and make great things happen.

“Kudos to them,” I reflect while sipping my creamy elaichi chai, sitting cross-legged at my local dhaba.