Lahore is a magnificent treasure trove of history. Specifically, the city is home to several unexplored gems of Mughal architectural ingenuity. Over the past few months, my fascination has been piqued by many lesser-known Mughal palaces and buildings that have been overshadowed by the popularity and magnificence of the Badshahi Masjid and the Lahore Fort. Kamran ki Baradari was a name that would often float around during discussions on Mughal architecture, but I had never actually planned to pay it a visit.

Therefore, I believe it was destiny that led me to this fading pinnacle of Mughal charm. Recently, after struggling with Google Maps and the horrid traffic of Shahdara, my friends and I happened upon it. We had originally set out to visit Jahangir’s Tomb, but after several failed attempts of finding the route, we abandoned the idea and set out to explore the banks of Ravi. 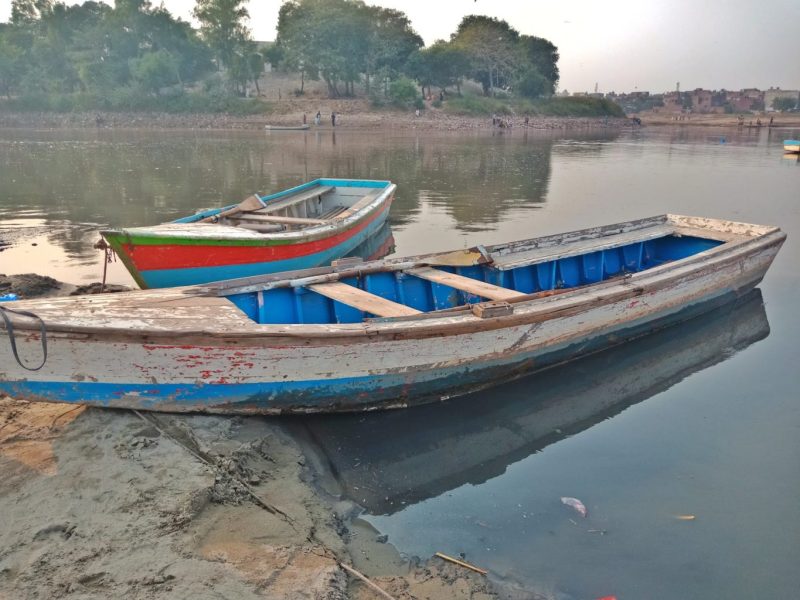 Getting to Kamran ki Baradari

Situated on the banks of the now debris-ridden Ravi, Kamran ki Baradari was the summer palace of a son of Mughal Emperor Babur. The pavilion offers a majestic prelude of peace and serenity to escape the noisy humdrum of Shahdara. The journey to it begins from the banks of Ravi, from where you have to rent a boat to take to the other side of the river.

Boating in river Ravi should technically be a pleasant experience but it is far from pleasant because we, the citizens of Lahore, have filled this river with debris, garbage and all kinds of pollutants. It appears that the entire waste of South Lahore is left to accumulate in the river. The result is a horrible odor and a distasteful black color that fills your heart with pain. However, if you want to see the palace, crossing this debris-ridden river is a necessary ordeal. 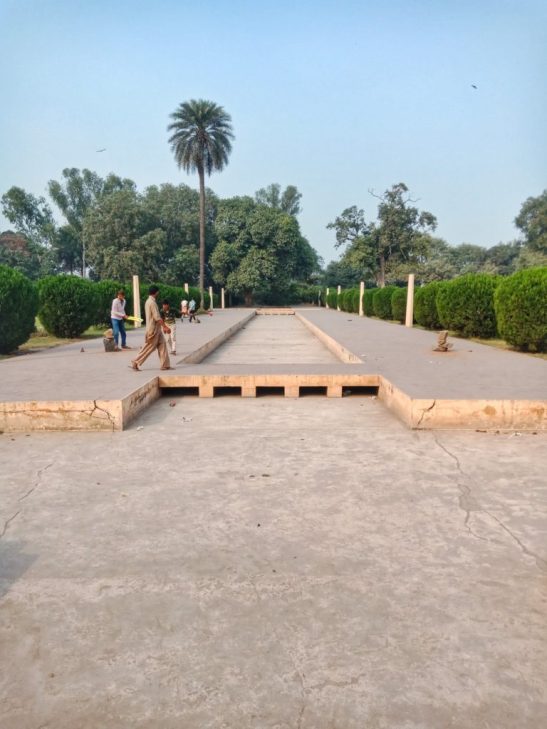 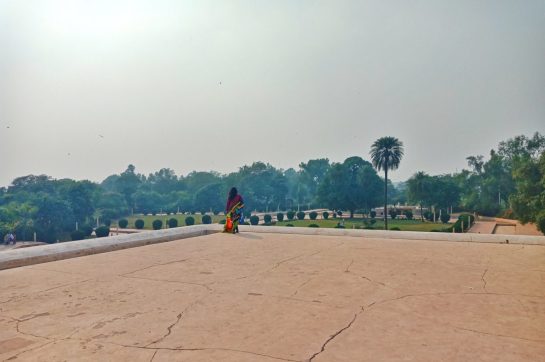 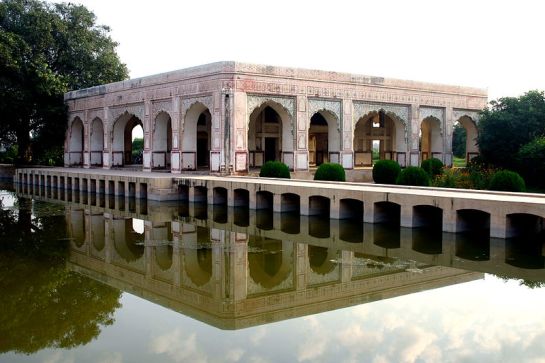 After crossing the river, we faced a small hill-like formation that led us towards the entrance of the palace. Upon making our way up, the sight made us forget all about the awful boating journey that we had just endured. Everywhere the eye turned, there was lush greenery and breezy courtyards, erected in typical Mughal fashion.

Unlike other Mughal buildings and the Lahore Fort, the architecture of this palace is quite distinctive and unique. What I loved most was probably the fact that it was devoid of noise and throngs of people that frequent other historical attractions. There were several groups of picnickers and little children playing through the grounds, but not so many as to disrupt the peace and serenity that it had to offer. 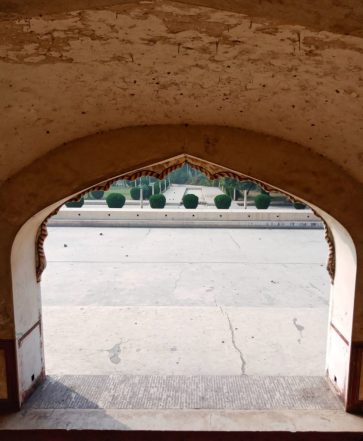 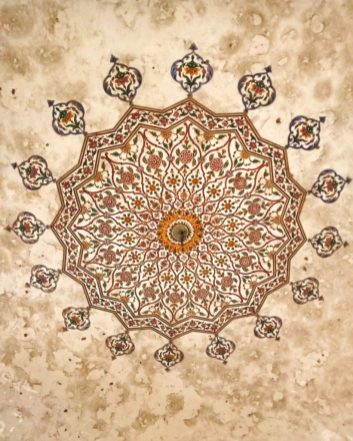 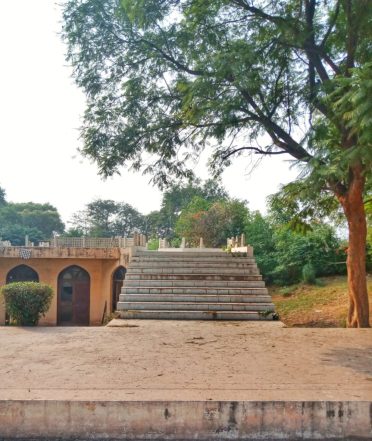 Kamran ki Baradari is the oldest existing specimen of Mughal architecture in Lahore, and its construction was ordered by Prince Kamran Mirza after Babur’s death in 1540. It is the only existing Mughal structure in Shahdara Bagh that is not constructed as a monument for a tomb. It was built to serve as a baradari, which basically means a building with twelve doors.

I am always surprised and delighted to see that Mughal architecture was so thorough in its detailing and so incredibly functional. Everything was built in accordance to and to make the most of Lahore’s weather. For instance, the walls and courtyards of the palace were airy and spacious enough to allow a free-flow of air even on a hot summer day. And the most striking invention is probably the canals that run through the entire expanse, built to serve the purpose of bringing the fresh running water of Ravi into the palace to keep the entire building cool and breezy at all times. Oh, what I would give for just one glimpse of the palace in the century that it was constructed in. 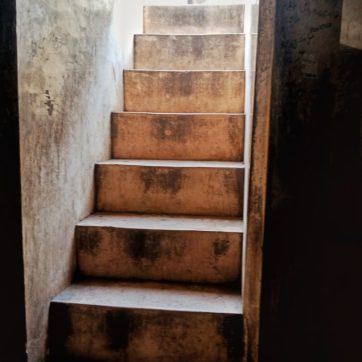 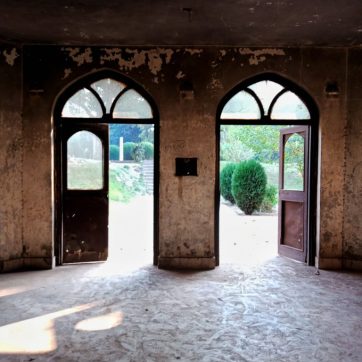 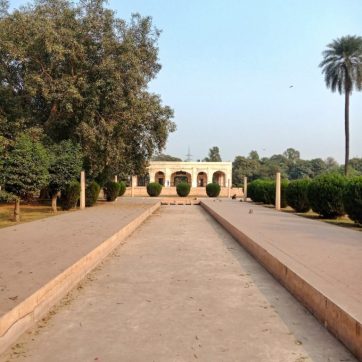 Since the Kamran ki Baradari doesn’t have any rooms, I believe it was built as a recreational building for. A place where the prince could enjoy the performances of the cultured courtesans and singers of androon shehar (walled city). The palace remained in use up until the 18th century and was constantly maintained or added to. It was Akbar who built more spacious gardens, and under Shah Jahan’s reign, a pavilion with cusped arches was added to the architecture.

It features several gloriously landscaped gardens, and towards one side of the palace, the pavilion with cusped arches stands atop a slightly raised platform connected with stairs on both sides. Beneath this Pavilion, the British decided to construct a tollhouse for the boats used to cross the river. Both the pavilion and the tollhouse have faded away against the ravages of time, but you can still admire the Mughal extravagance in the fine marbles used to construct the pavilion and the garden. 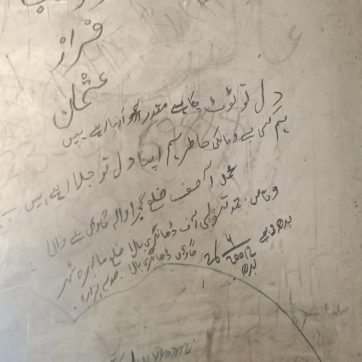 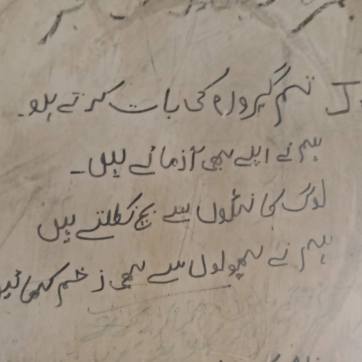 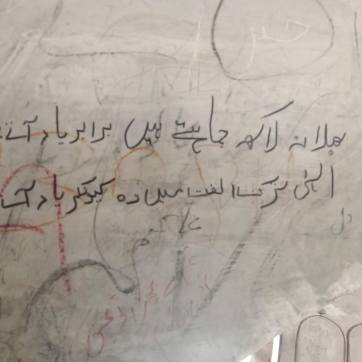 It gives me extreme pain to narrate that Kamran ki Baradari is distorted and besmirched by the most hideous acts of vandalism that I have ever witnessed. Vandalism is probably a common part of touring historical places in Pakistan and it has never bothered so much as it did this time around. The glorious architecture of Kamran ki Baradari deserves to be protected and rejuvenated, and instead, we are vandalizing it with such blatant cruelty.

Tourists, druggies and the homeless have used the granite walls as an unwilling aisle to display their creative talent and scroll down poetry or horrid pickup lines along with leaving behind lewd messages of love. It broke my heart to see how shamelessly people had drawn cartoons and left behind their phone numbers with messages to call them for a ‘good time’. Is this how we intend to protect our heritage? Surely not. 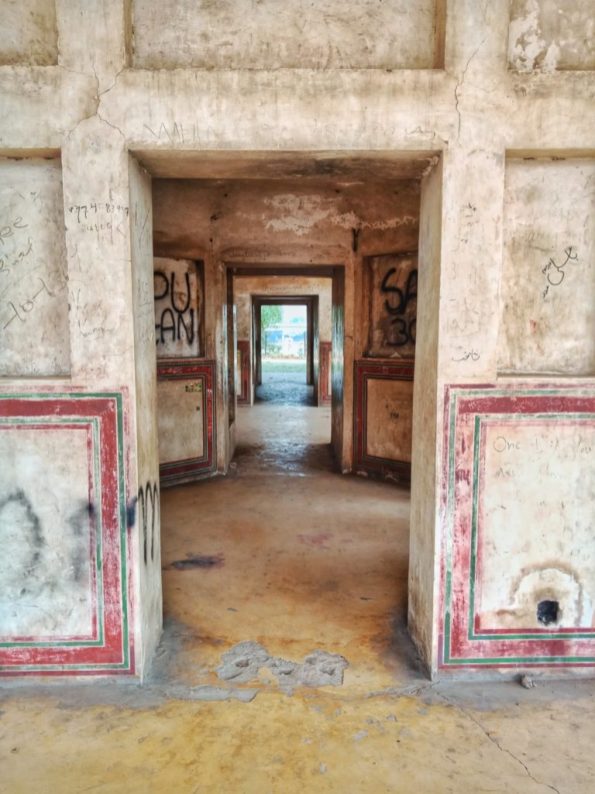 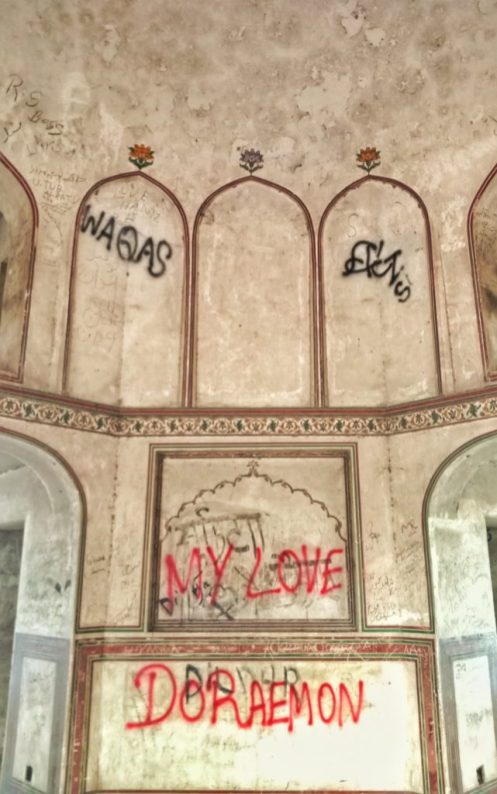 Kamran Mirza’s Summer Palace is the oldest existing Mughal structure, an architectural gem that ought to be protected and preserved. I was awestruck by the historical dimensions it opened up for me, and I spent hours at this glorious abode of serenity. I remember first enjoying the breezy expanse of the Baradari, and later sitting down at the Pavilion and reimagining how the Mughal kings and their favored courtesans would sprawl about these buildings hundreds of years ago.