Singapore Airport has reimagined layovers, creating a hub where the world meets Singapore through a massive, decked-out facility. The airport has quite a few accolades to its name (594 to be precise) and has recently added another jewel to their crown.The Jewel Changi Airport opened its doors to the world on the 17th of April, 2019. 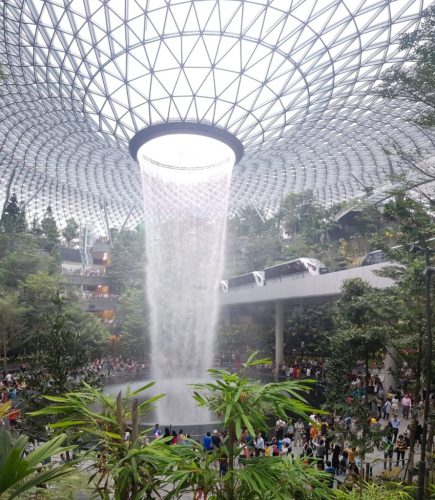 The multi-purpose facility that has not only expanded Changi Airports capacity but also further cemented it as a tourist destination in its own right. The glass and steel facade stretches 10 storeys high and spans across 137,000 square meters, connecting Terminal One, Terminal Two, and Terminal Three. 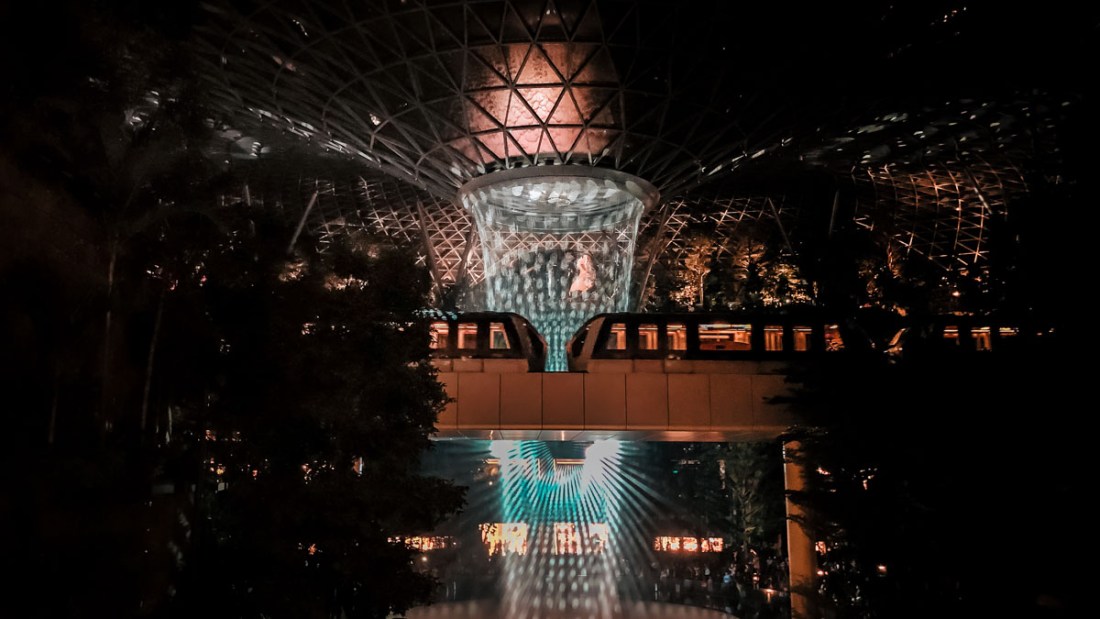 Designed by a consortium of top architects, the structure is an airport, marketplace, and urban park, all tied into one. It features four storeys of lush greenery, the world’s largest indoor waterfall, and 200+ retail and food outlets. The ‘get in, get out’ concept of air travel has been turned on its head.

The Jewel Changi Airport caters as much to local residents as it does to tourists and travellers. There is a multi-screen IMAX, 150 hotel rooms, Instagrammable foods and flowers, and art installations to make it the complete entertainment package for residents. There’s even a grocery store on the premises. 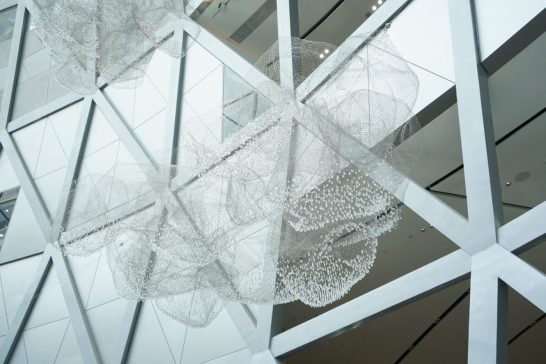 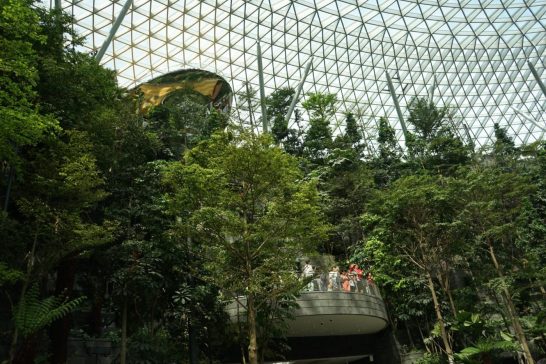 Perhaps the most mesmerizing feature of the entire project is the 40m high ‘HSBC Rain Vortex’ at the center of the facility; a continuous stream of water flows seven storeys down to the basement, and a plethora of flora encircles it. A glass bridge allows visitors to get up close and personal. It serves as a central oasis or watering hole of sorts; the perfect photo-op.

It wouldn’t be wrong to call The Jewel Changi Airport an extensive and functional piece of art – an homage to the power of modern architecture and design. Continuous and cutting edge innovation in transport and hospitality means that one can expect Singapore Airport to continue its ‘Best Airport in The World’ winning streak for the eighth year in a row.