When you think of art in Pakistan you’re likely to imagine intricate calligraphy and abstract galloping horses, maybe a cityscape of androon shehar, or portraits of the dancing girls of Lahore. What you don’t think of are pigeons and Eastern mosaics splashed across prominent European landmarks, an installation centered around a transparent burqa, or an artistic exploration of semantics. As a young girl living in Lahore, Iman Mazhar could not have imagined it either. As an artist honing her craft in New York, she has created all this, and more.

Mazhar’s art betrays a deep sense of duty towards redefining socio-political discourse; her work addresses stereotypes and misconceptions surrounding Islam. The Parsons graduate is working with Soho Properties as a core member of the Park51 team setting up The Islamic Museum of New York, a monument for interfaith harmony and Islamic Art on Ground Zero. But how did she get here? 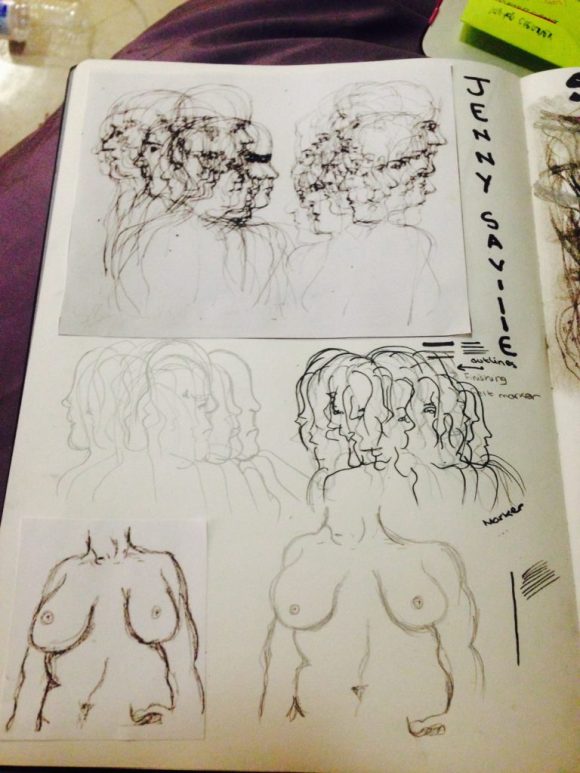 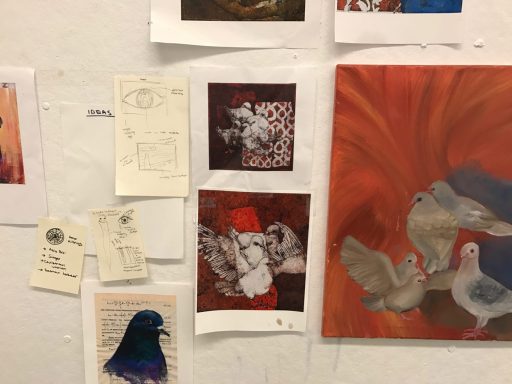 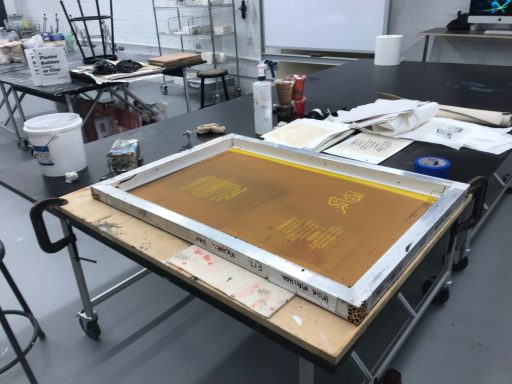 Upon taking up art as a subject in Pakistan, Iman Mazhar admits that her work, and therefore her abilities, were limited by the rigidity that comes with traditional training which is concentrated on skill rather than experimentation. Nonetheless, it laid a solid foundation for her to build on when she enrolled at Parsons The New School for Design. Interestingly, it was at Parsons, many miles from home and many pages into Edward Said’s texts on Orientalism, that she first came to be increasingly aware of her roots and identity, effectively translating it into her art.

And once she had taken the plunge, concepts that she had never before delved into suddenly seemed deeply relatable. Mazhar dismantled the political, social, and even economic Western lenses that had colored her self identity. And then she found a new voice; she found Foucault and married his concept of identity and the TV show ‘Homeland’ for one of her earlier series of works, and set the tone for much of her preceding work. 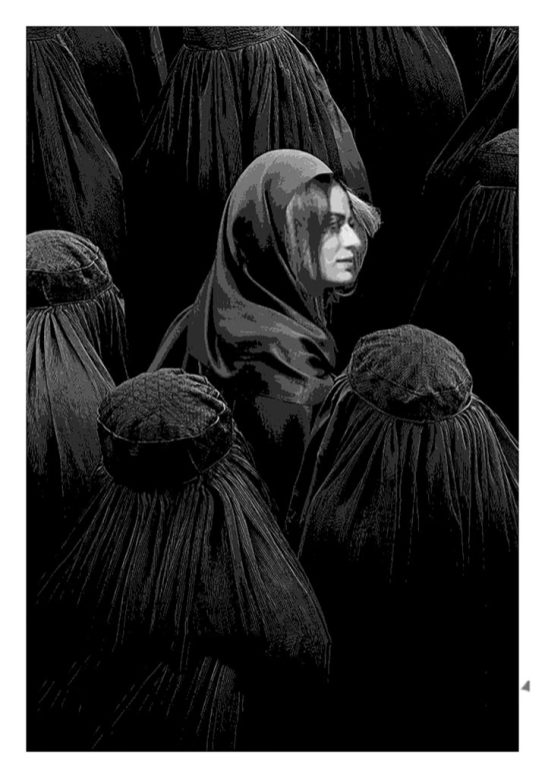 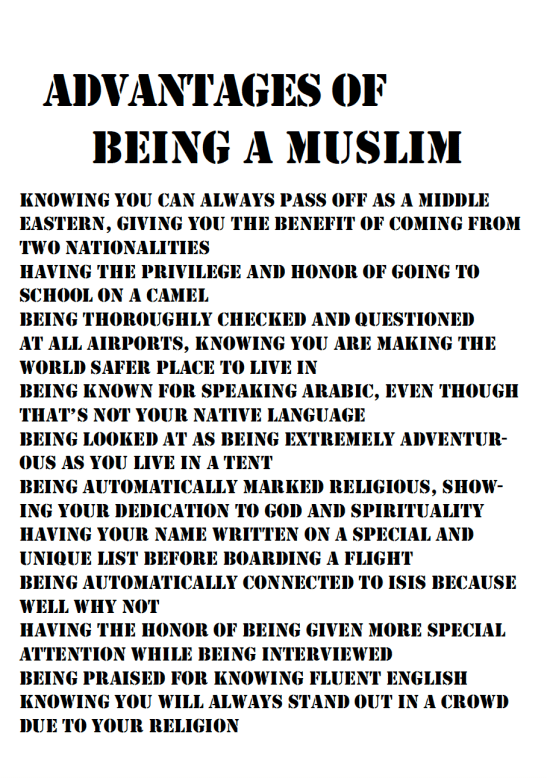 In the Big Apple, the Western perception of Pakistan Mazhar encountered was a far cry from the country she called home. Her Lahore was a labyrinth, sure, but not one plagued by terror at every turn. Pockets of instability coexisted with a vibrant, defiant, and resilient population. Home was monsoon and Mall Road, the low hanging Kanair trees lining Canal Road, and summer fruits. Home was not Arabic speaking clerics and camels. Not to say that Mazhar lives in a mystic dreamland, oblivious to the socio-political instability that is rife in Pakistan. However, she is mindful of the role that the exploits of colonization played in shaping the country and the part played by mainstream media in painting a deeply unsettling picture of Pakistan. 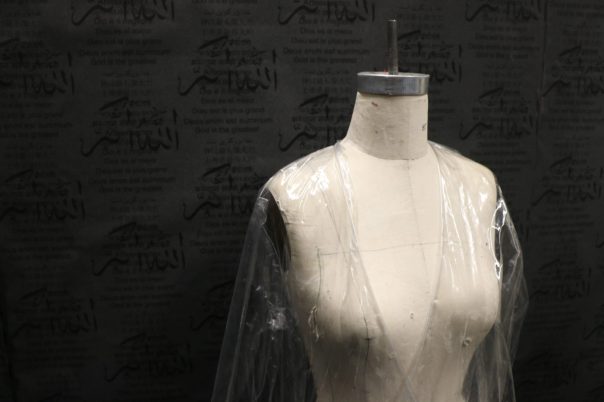 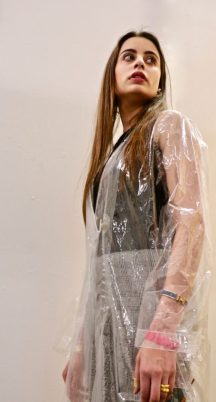 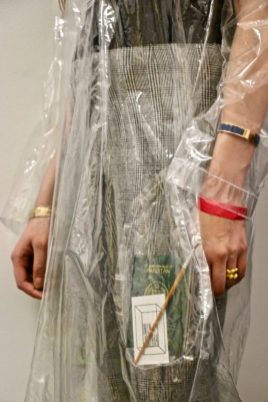 Iman Mazhar feeds off this misalignment of facts and reality and sees it as a medium to address both the deeply personal and the universal. Most of her displayed works are of a proactive nature, directing a certain message; politics and subversion all find a home here. Her art is both a critique and an exploration of Western discourse, sprinkled with elements of subversion.

When asked to describe her formal artistic practice, she calls it a form of self-expression that serves a purpose larger than herself. She employs diverse mediums; an oil painting may precede a screen-print, an element of performance art or installation. Mazhar aims to transform spaces and speak a more realistic narrative.

In some of her most recent pieces, Mazhar has superimposed traditionally Eastern artistic elements onto Western Landscapes, employing motifs of birds and mosaics that are reminiscent of home. These pieces address colonialism, exploitation, racism, self-identity, the interaction of the East and West, and how these themes have manifested themselves in her own life. In fact, Mazhar is often her own muse. The end-game is to create a cross-cultural narrative, and what better vantage point than New York City? 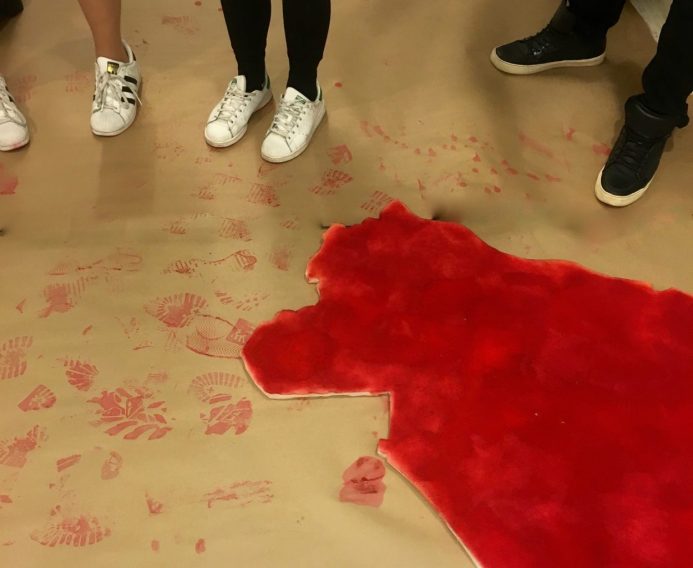 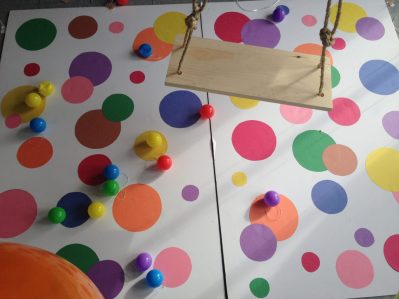 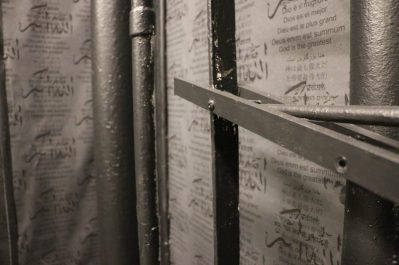 Iman Mazhar wishes she had encountered contemporary art before her move to New York; the artwork she has explored in the last few years is unlike any she grew up with. New York City comes with its own set of benefits: she has been able to engage with art so drastically different from what she was initially privy to, that her renditions are purely her own. Original, soulful, and unique, the tread the finest of lines between traditional South Asian and contemporary art.

Mazhar has spent a staggering amount of time holding various positions at reputable galleries across New York; time that enabled her to diversify her talents. Milk Studios and Louise Stefanii Fine Art exposed her to selling in the art world while her experience with What’s Up New York and The Swiss Institute prepared her for managing logistics and curating artworks. These skills have proved invaluable. She was able to form connections with emerging artists and got a front-row seat to exploring galleries in the cultural capital of the world. 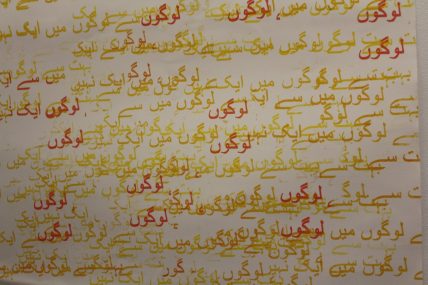 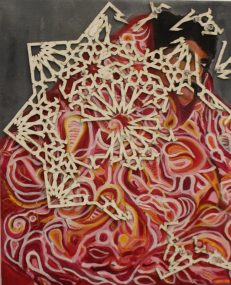 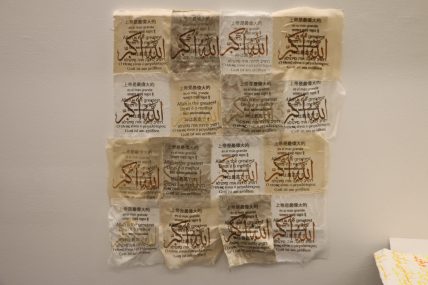 Mazhar’s keen focus on Islamic Art translated into a lucrative position in the exclusive Park51 team. She has been heavily involved in setting up an Islamic Art Museum on the controversial property since the inception of the project; from ideation to execution, she’s been there every step of the way. The museum will be the first of its kind in New York and has been designed by the imminent architect Jean Nouvel, who is arguably the most renowned architect in the world at present and has designed several prominent museums in the past.

When it comes to her work with the Museum, from directing business plans and project growth, to curating artworks, identifying artists, crafting collaborations, and media outreach, Mazhar juggles several different roles for the project. It would not be wrong to say that the project is deeply personal for her. Mazhar hopes to leverage her position in the art world to create awareness for Islamic Art at a global scale by shining light on the positive aspects of the associated culture. She sees her involvement with the Museum as a long partnership and hopes to continue helping the Museum grow in the upcoming years.

Apart from her work with Soho Properties, Iman Mazhar is involved with many non-profit organizations where she uses her professional experience to encourage cross-cultural dialogue regarding the themes that frequently appear in her work: Colonialism, Islamophobia, Stereotyping, and the Syrian Refugee Crisis.
She feels that there is a dearth of recognition for Middle Eastern and South Asian artists, something that the Islamic Art Museum can do much to rectify. She hopes to eventually create impact within Pakistan, given her commitment to the cause, it’s only a matter of time.

As a proactive and multifaceted Pakistani artist based in New York City, Mazhar wears many hats and raises many eyebrows. When she looks back, she almost doesn’t recognize the bright-eyed young woman who first landed in New York City.