Close to Jinnah Flyover in Gulberg III, several hotels stand on the margins of the service road and cater to the passengers of Allama Iqbal International Airport. Among them, Hotel 12 J is a fancy hotel, which functions in association with Qai Qin restaurant. Both establishments belong to the same owner. The hotel is located 5 kilometers away from the airport. Although the hotel is situated on the main road, its walls with crystal patterns keep the commotion away. Inside, through the glass door, there is a well-furnished reception hall with a dark-brown counter and wooden floor. Also, three black sofa benches are placed close to the walls where visitors can wait. 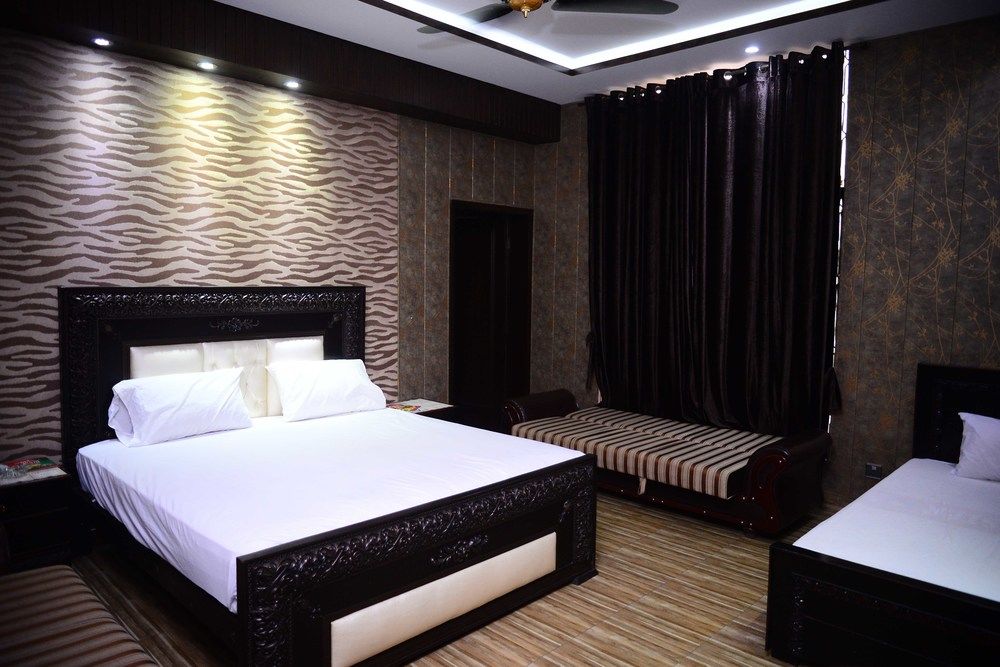 During my visit, they could only show me two rooms, as the rest were occupied by guests. I had to wait for a while because the housekeeping staff was not quite done with the rooms. In one of the rooms, a fridge was placed far too close to the bed. Adjacent to the bed, a dark brown cupboard was positioned along the wall. The walls were painted dark blue and brown with rectangular and square patterns. Although the small white bulbs fixed in the roof lit the room, the dark colored walls and objects lent it a melancholic air. The other room had yellow walls and allowed the reflection of light. However, two bulbs let out intermittent spurts of light; they seemed to be out of order.

Hotel 12 J offers a total of ten guestrooms. The rooms have dark colored walls and double-beds covered with white sheets. All of the rooms in Hotel 12 J are well-furnished with a list of facilities. Every room has a fridge, an LCD screen and an air conditioner. All of the rooms have the facility of a private bathroom with a bathtub. Some of the facilities of Hotel 12 J include free WiFi, room service, air conditioning, daily housekeeping, and laundry service. Also, some of the rooms have terraces or balconies. The hotel also offers a free private parking place and a meeting hall. The meeting hall can be used as a dining hall, too. Breakfast and transport to-and-from the airport are also provided by the hotel.

During my visit to the hotel, I observed its refined atmosphere, which impressed me with its fresh appearance. The hotel management took good care of the corridors and rooms. The meeting hall and the kitchen were kept clean and ordered as well. I did not observe any cooking activity in the kitchen, which suggested that dining was catered to during specific hours of the day. 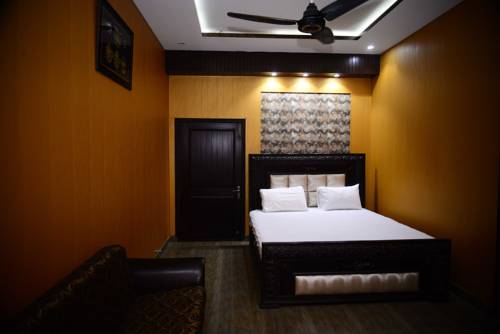 Apart from the lodging and room facilities, the hotel offers a variety of Pakistani and Chinese foods. The Pakistani offerings include chicken biryani, chicken karahi, white handi, boneless handi, and barbecue, along with naan/roti. As part of their Chinese menu, they offer fish Manchurian, Kung Pao chicken, chicken shashlik with rice, fish chili oyster and several other options. 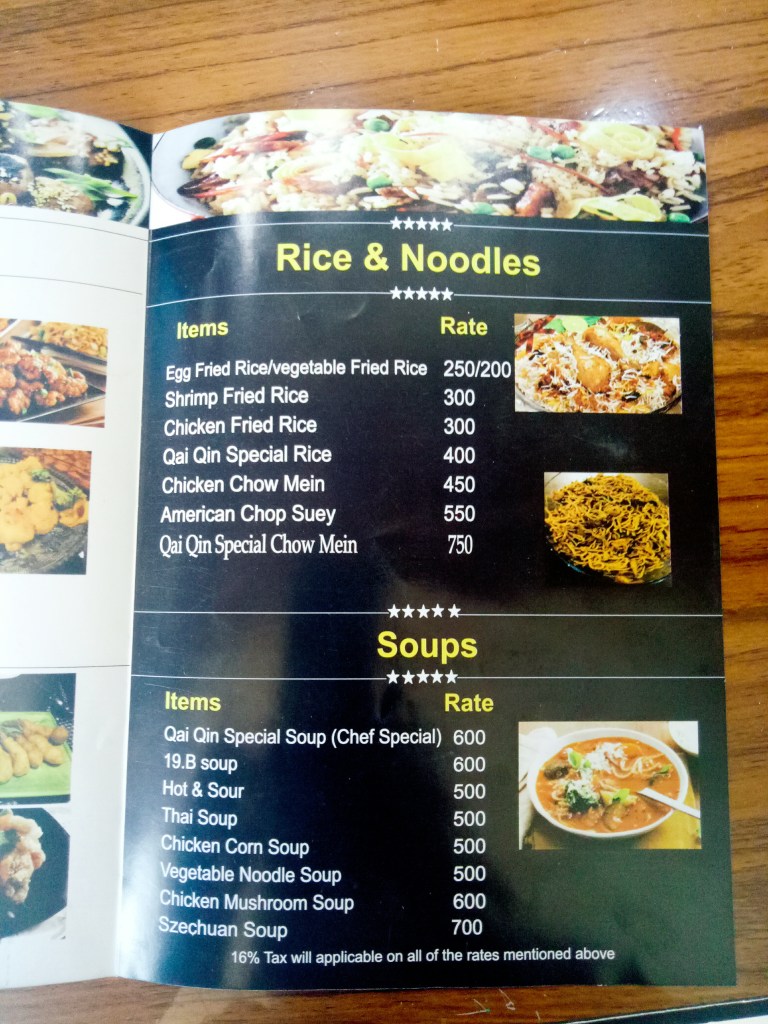 Overall, Hotel 12J’s setting appeared quite inviting. The ambiance was serene and they clearly have high standards for cleanliness. I’m a sucker for white sheets, so that’s what sold it to me. I could find no major flaws in their establishment and would recommend it.