Hot & Tasty Roll: One of Many

It seems as if every food street in Karachi has at least three different outlets of Hot & Roll. I’ve often wondered if these are all franchises or if the name is simply popular amongst roll paratha vendors. The only variation I spotted was in Block 4/ Gulshan-e-Iqbal, called Hot & Tasty Roll.

A red board announced the name as well as the eateries offerings; rolls, shawarmas, BBQ, and Chinese food. It was the gol-gappa station outside it that first caught my eye but then I realized that I was fast approaching dinner time and decided that I’d just eat here. My husband had no choice in the matter. 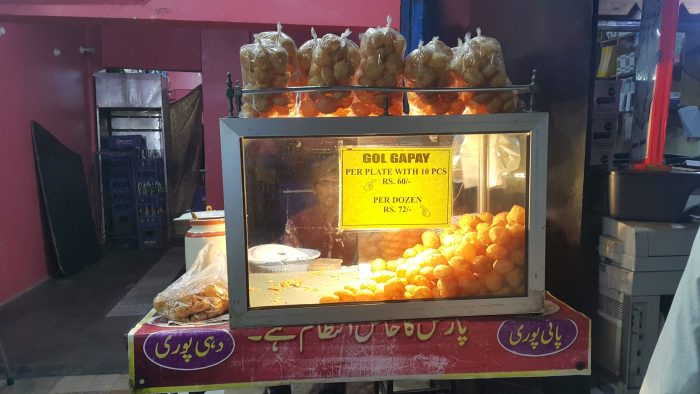 As far as the ambiance at Hot & Tasty Roll went, it was frankly quite off-putting. An old, rickety spiral staircase led us to an old-fashioned family dining hall. We picked a table in the corner and ordered two plates of gol-gappay as soon as we’d settled down. We also asked for a crispy burger, a mayo roll, a chicken tikka, and a chutney roll. 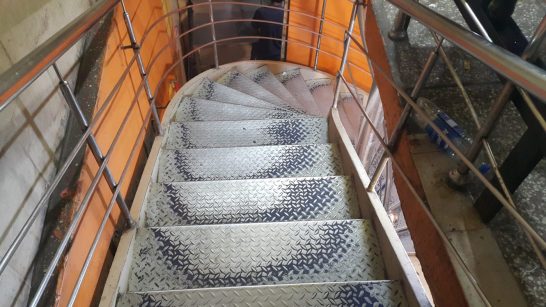 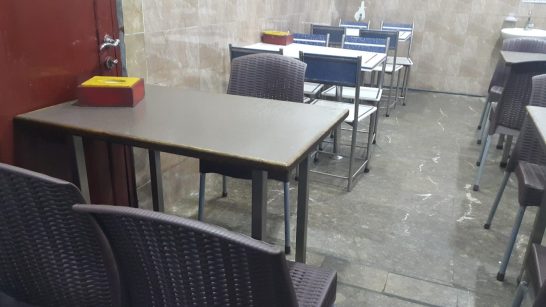 Our gol gappay arrived in five minutes flat and they were a sight to behold. The mini puris were super crispy while the chickpeas inside them were perfectly tender. The sour and spicy water was an amazing blend and everything tasted like a symphony together. Had the rest of our food not arrived we probably would’ve ordered another round of these.

Hot & Tasty Roll prides itself with having the best paratha rolls in town and I can vouch for this claim-to-fame. Both of the rolls were a perfect mix of well-seasoned chicken, crispy onions and pickles, sweet and sour chutneys and a perfect paratha. 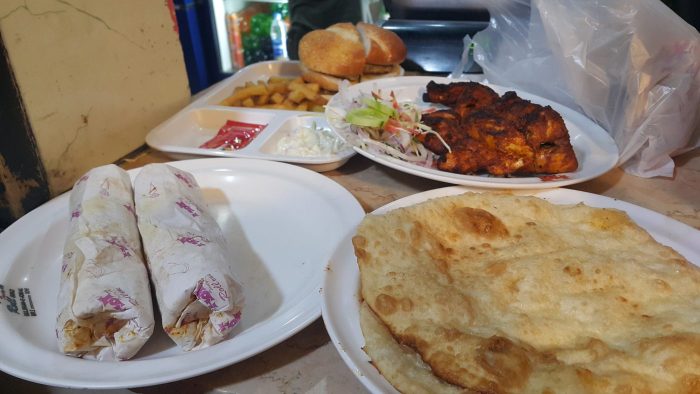 The tikka was the unlikely hero; juicy and perfect. The burger, on the other hand, proved to be the only letdown of our entire meal but for what it was priced at I think it was perfectly adequate. In fact, the entire meal was quite painless for our wallets and fulfilling for our stomachs.

We walked away from Hot & Tasty Roll quite impressed, and I think I’ve found my go-to roll point. On my next visit, I’ll be trying their shwarmas and BBQ. It might be a while before I build up the courage to try their Chinese food but I wouldn’t put it past me just yet.