Hill Park Karachi: Do Not Feed the Ducks

Karachi has a certain flair for creativity…a profound lack of which was exhibited while naming our park names. Eponymous, all of them. Hill Park Karachi, as the name suggests, is on a hill. Rather, it is the hill.

Sprawled over 62 acres smack in the middle of the upscale residential locality of PECHS, it has more than just a few attractions to captivate and enthrall members from any age group, and (perhaps more importantly), from any part of the country.

Accessible through 3 main entryways at opposing ends of Hill Park Karachi, all roads lead to the central plateau, which serves as a car parking, host to the shell of a once-live-bomb (as an ode to martial prowess), and the quaint but excellent mix chaat, served by the age-old Seven Seas. A visitor, upon parking their car, can get a quick cup of steaming hot doodh patti before walking right across the road to the pond – full of mallards, ducks, geese and swans. Precautionary advice: do not feed the ducks. 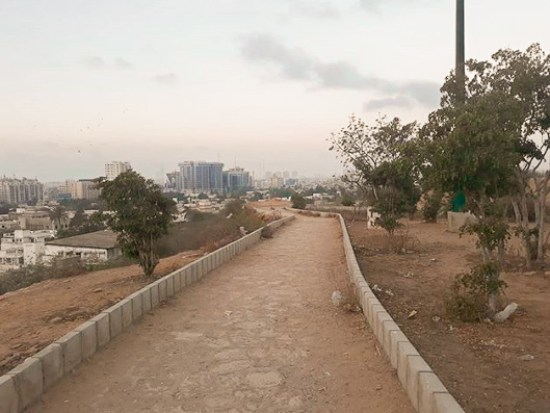 Hill Park Karachi isn’t exactly a planned park. Developed gradually over the course of half a century, it currently hosts two fully functioning (and one cordoned off) amusement park – Funland and Mehraj. Funland hosts the resident roller coaster, dodge ’em carts and other adrenaline-inducing attractions which has pretty much guaranteed its spotlight in the eyes of nearly all individuals/families who frequent the park. Accessible generally only to families, Funland also boasts a kids’ rollercoaster for the (very) young ones, and a classic arcade for the (almost) old ones. 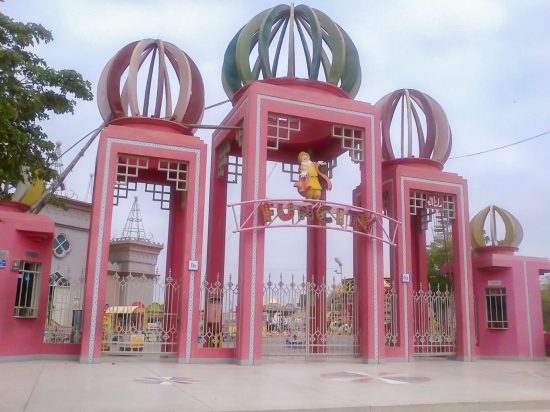 For nature lovers, there is the secluded yet tranquil appeal of the more unfrequented areas of Hill Park Karachi. Narrow, shrubbed pathways winding across, between and around the hills. Following these paths in the day will often lead the visitor to three possibilities; deserted ruins, positively scenic hilltop alcoves or sparsely populated fruit-bearing trees. If the visitor is more aware of other passageways, they might come across a colossal amphitheater, completely constructed, yet completely forlorn. Once, I wandered across a path which perplexingly led me outside the confines of the park and then back inside …without ever going out of the park. Quite a fascinating labyrinth for the casual explorer. For this very reason, one is cautioned to not wander after sunset. During the day though, Hill Park serves as the absolute best place to hike in Central Karachi. No other area has such a randomly, yet serendipitously, positioned park.

Even though I don’t understand the concept of paying an entry fee to visit a public park, I definitely feel that the PKR 20 I forked out were worth it.  If you’re a casual observer of the city, an enthusiastic naturalist, or just a person who wants to enjoy their Sunday out with family – do not miss this gem hidden in our midst!

This Weekend in Karachi: Parallel Lines and Days of Light