A Heated Afternoon at Hazuri Bagh

I have always visited the Badshahi Mosque and Lahore Fort via Gate no.1 of Greater Iqbal Park, but never Hazuri Bagh. However, one afternoon, the needle-sharp heat persuaded me to seek an alternative path and enter Badshahi Mosque from behind. My Uber driver pulled up on Fort Road, close to Food Street, so this was the only access point for me.

Noor’s visit to Hazuri Bagh gained him a feathered friend and a good number of blisters on his foot. He doesn’t recommend a visit to it in the day, but considers it a must when the sun is less aggressive. 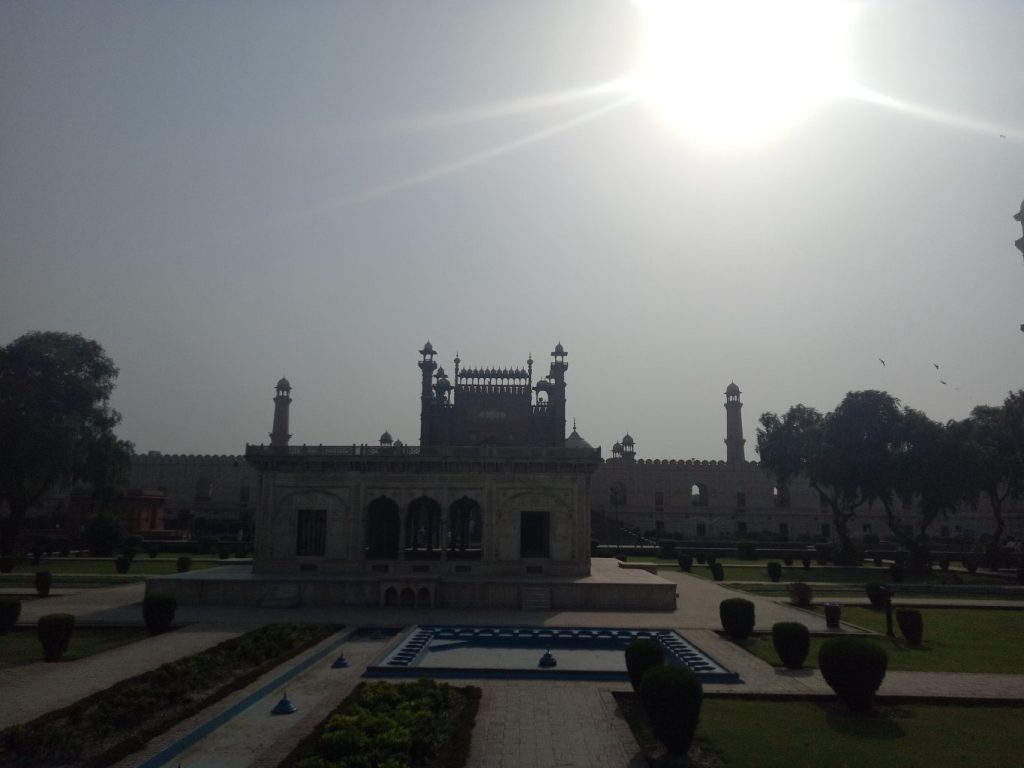 I entered the mosque through one of the painted red doors and pulled out my slippers. I was preoccupied with a question: ‘how many questions does a cat have?’ (a line from one of Neruda’s poems) or something absurd like that, which I do not quite remember. I commenced walking on the brick red floor towards the enormous gateway of the Badshahi Mosque. After a few steps, I started jumping and ran forward instinctively. My feet burned on the hot floor. It literally felt like I was walking on embers. I was not even in love! 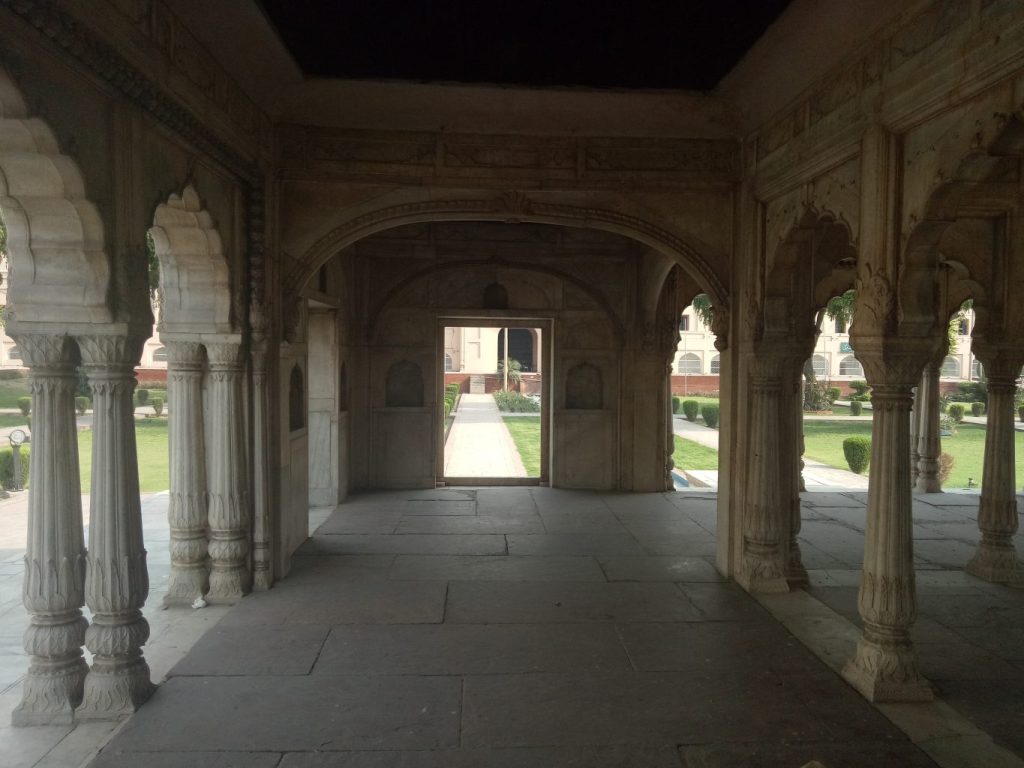 There is a Pashto proverb, which goes, “Fools do not have horns.” In other words, fools happen to be normal looking creatures like me. Common sense would dictate that the mosque floor was burning hot. Nevertheless, I had a mission to complete. After galloping forth, I realized that it was another mistake. I should have run backwards. I then did, but my feet burned and seared anyway. In the verandah, I sat on the marble floor, almost on the verge of tears. I would have wept if my mother had been there to see my pain instead of the smirking worker with a black, crab-like moustache.

I trod across the verandah and went out to Hazuri Bagh through the Badshahi Mosque gateway. 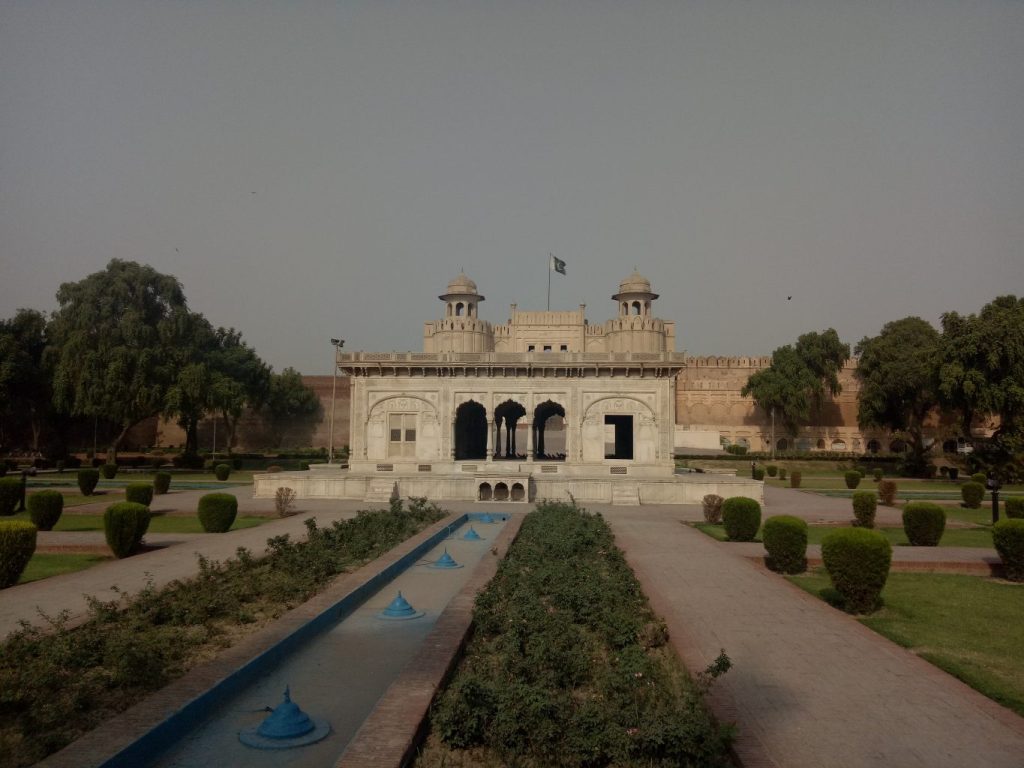 The fountains were not operational in the garden. Even the tall green trees and Cyprus plants looked impassive as if the summer heat had dispirited them too. Only wise crows flew about, cawing ecstatically. I tried to fix a metaphor for their revelry but found it incomparable to anything else.

The Hazuri Bagh Baradari was built by Ranjit Singh in 1818 to celebrate the feat of snatching the Koh-i-Noor (diamond) from Shuja Shah Durrani in 1813. Of course, he did not know that the twin countries (India and Pakistan), especially their social media warriors, still argue and fight over it, while the diamond stays in England. Originally, the Baradari was constructed 45 feet tall with a three-storey square and a basement approached via fifteen steps. Later, the garden and Baradari suffered bombardment during the battle between Sher Singh and Maharani Chand Kaur in 1941. 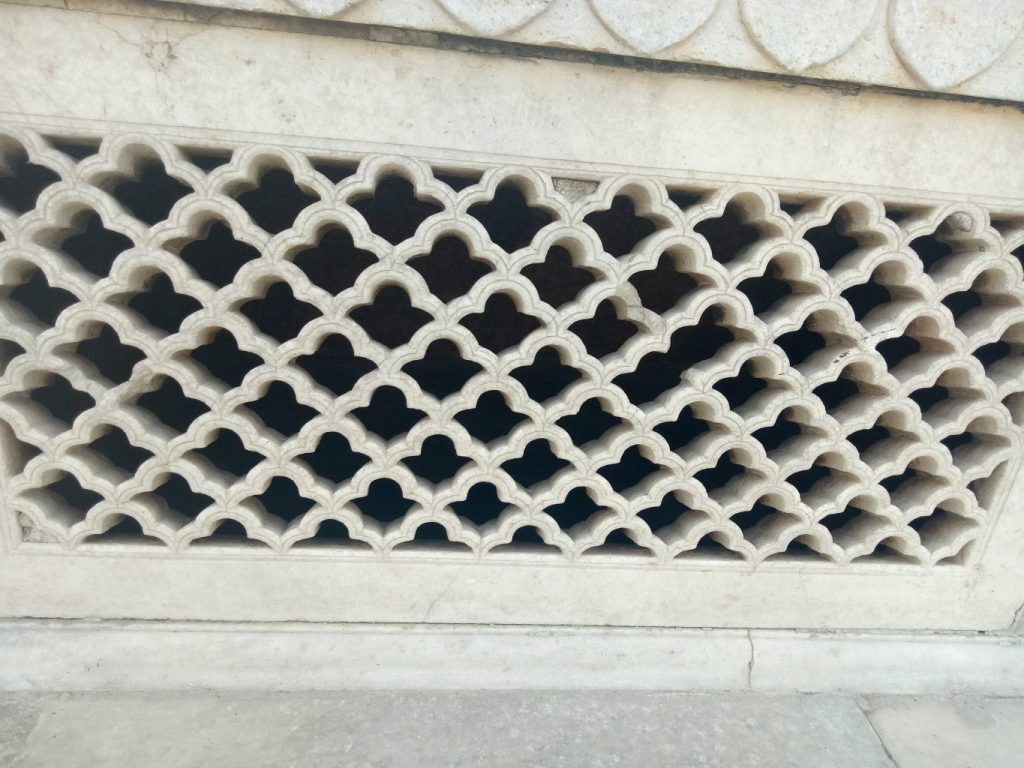 The Hazuri Bagh Baradari seemed shorn off its pristine snow-like lustre; nonetheless, it stood tranquil and looked majestic. Inside, I could hear newly-produced sparrows from the dry grass nests hidden in the beams of the roof. The embellished pillars, detailed cornices, and arabesques evinced that its creators had devoted immense time and hard work to make its physical beauty possible. The arabesques, both inside and outside on the walls, comprised of plants with butterflies and peacock-like birds holding necklaces with their beaks. There were no broken hearts with blood spilling out of them into mugs after being pierced with swords. 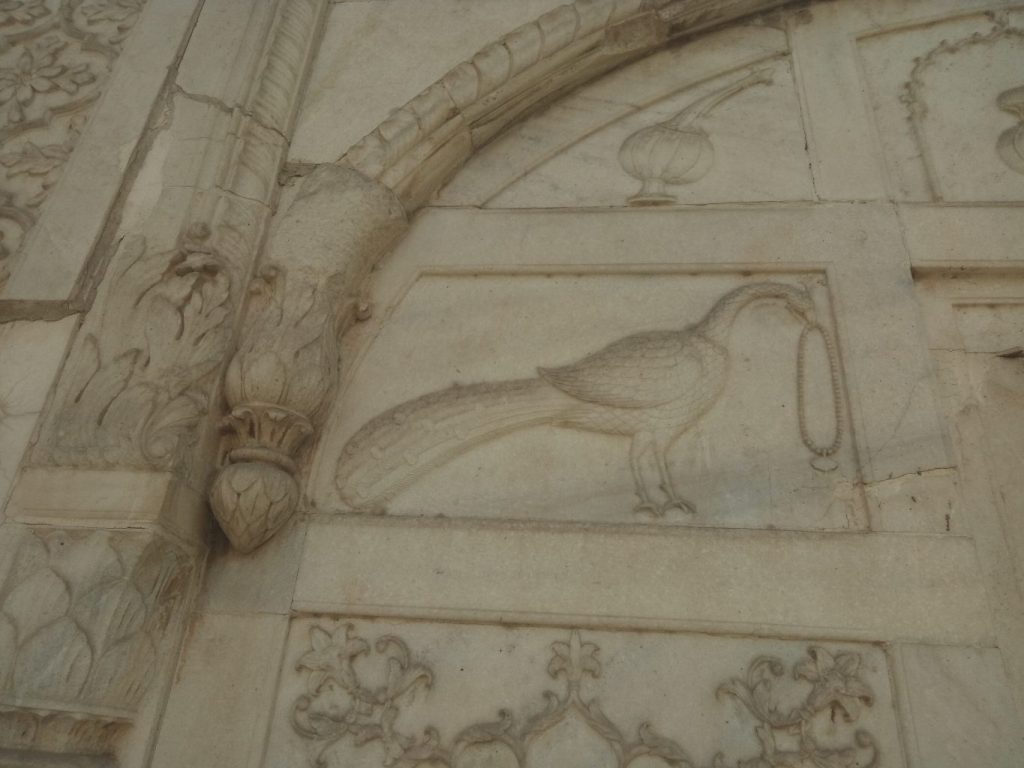 Standing in the Baradari, I noticed a peacock walking in the bagh alone. I approached it but it walked around the tree to hide from me. Such insolence! As I followed it, it trotted around the tree, until I surprised it by turning back. It gave up the game, walked away, and motioned to me that I should bugger off. 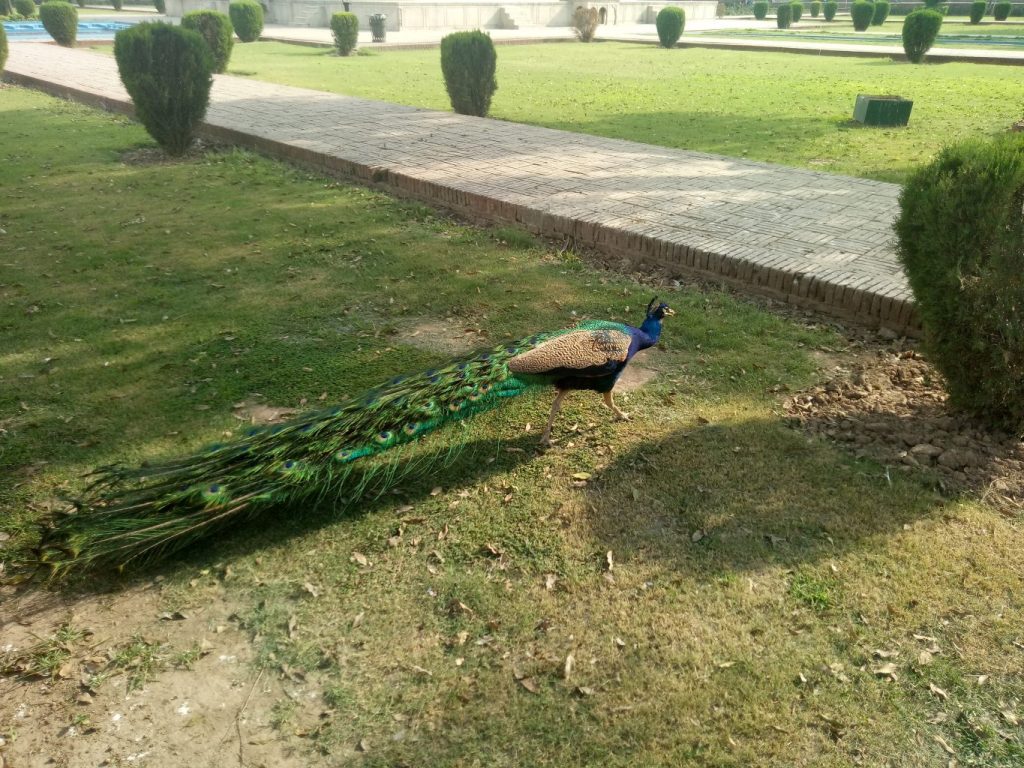 The peacock instigated some fine childhood memories. As little kids, we used to gather its feathers – their colorful eyes peeking at us – in our Qurans, which we read in the nearby mosque. Somebody had spread the story that the peacock eye grows if one puts sugar grains with it. I was not foolish enough to believe that story but I did wait for a strand of peacock’s hair to turn into an eye for a few months. It was then that I became addicted to eating sugar in secret. I used to pilfer palms full of sugar for my impotent peacock-feathers and myself. There was also an adolescent girl, who considered me a cute child while I deemed her a ravishing damsel. Once she pinched my cheek and asked me,

“Because I eat sugar”

The bagh was small and heat fierce.

Tags:
A Page out of History, For the Squad
Share: