I set out on foot from the Mall Road towards the New Anarkali Bazaar to find Garden Hotel. When I reached there, despite the big yellow board with the name of the hotel, I could not believe that it actually existed. The building was covered with a net of wires, and clothing shops, and so I asked a few shopkeepers where this hidden hotel was situated. They gave me directions to go up the troublesome stairs. I found myself facing a dull dark-brown door which could be easily mistaken for that of a mediocre flat. Once inside, however, I was astounded by the subtle beauty of the place; a stark contradiction to the bazaar outside.

From what the writer gathers, Garden Hotel is by no means a five-star establishment. However, it is a good option if you’re really on a budget. The writer has explored the rooms and the furnishings within these rooms. He thinks it’s not too much of a problem.

The elderly man in the office asked me to meet ‘Madam’ on the floor above so she could escort me for a tour. As I climbed up the stairs, I noticed a framed painting of an old man tilling the earth. I had not expected to find artwork on the walls of this hotel. But based on my first impressions, I had not expected much at all.

The hotel was surprisingly clean and refined in its ornamentation. All the rooms that I visited contained double-beds and closets for clothes and luggage. The lighting system illuminated all the surfaces and corners in the room. The blankets spread on the beds also looked sanitary. They had fixed flat-screen televisions in each room along with refrigerators, air-conditioners and telephone sets for the use of visitors. The washrooms were slightly disorderly but this may owe largely to me showing up unannounced. They seemed perfectly hygienic otherwise. 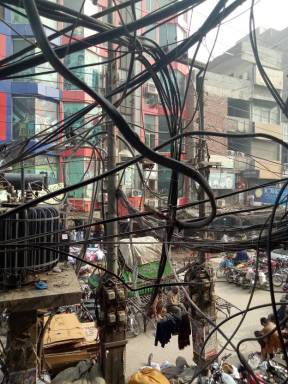 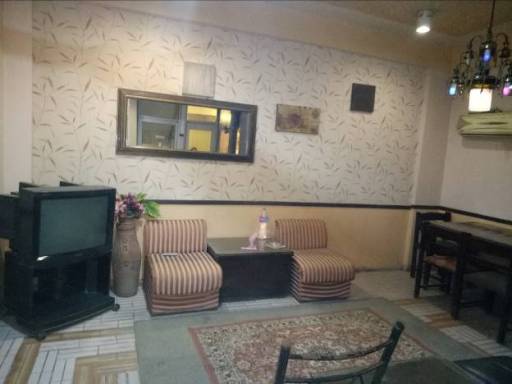 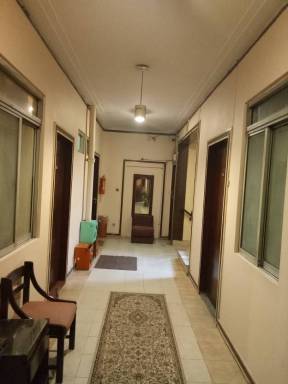 Although it was obvious that the hotel was made a long time ago, this fact contributed to the ambiance instead of spoiling it. They had a special dining room in a corner of the building with several chocolate colored tables and chairs. The restaurant inside the hotel showcased the menu on the wall close to the dining room. I continued to come across little paintings and framed pictures all over the hotel. One of these, with specific details of the ‘Thirteen Gates of Lahore’, caught my eye.

When my tour was over and I had exited through the front gate into the market, I looked back and wondered how two such vastly worlds could exist in such proximity. I was certain of one thing though: If you want to stay in the New Anarkali area and explore the neighborhood, Garden Hotel is definitely a place to consider.