One hot afternoon, the Charcoal + Gravel family talked about ‘food and beverages in Lahore’, as usual. Zeshan shared a wondrous tale of Fiqay/Feeqay Ki Lassi, the most popular lassi in Lahore, and suggested that I visit it. Zeshan told me that Chacha Fiqa (as the proprietor is so lovingly called) and his company pulverize and mix cannabis with the lassi. He added that there was a good chance that I might lose consciousness after drinking the Fiqay ki Lassi and fall into a nearby ditch. He shared this information with a look of grave concern, and it terrified me. I am an innocent boy. I feel guilty for the vulgar thoughts that visit me at night. I have never touched a cigarette, let alone cannabis. Naivety is its own punishment and Zeeshan did me dirty.

Noor’s debut visit to the legendary Fiqay ki Lassi sends him on the trip of a lifetime, blurring the lines between reality and fiction. 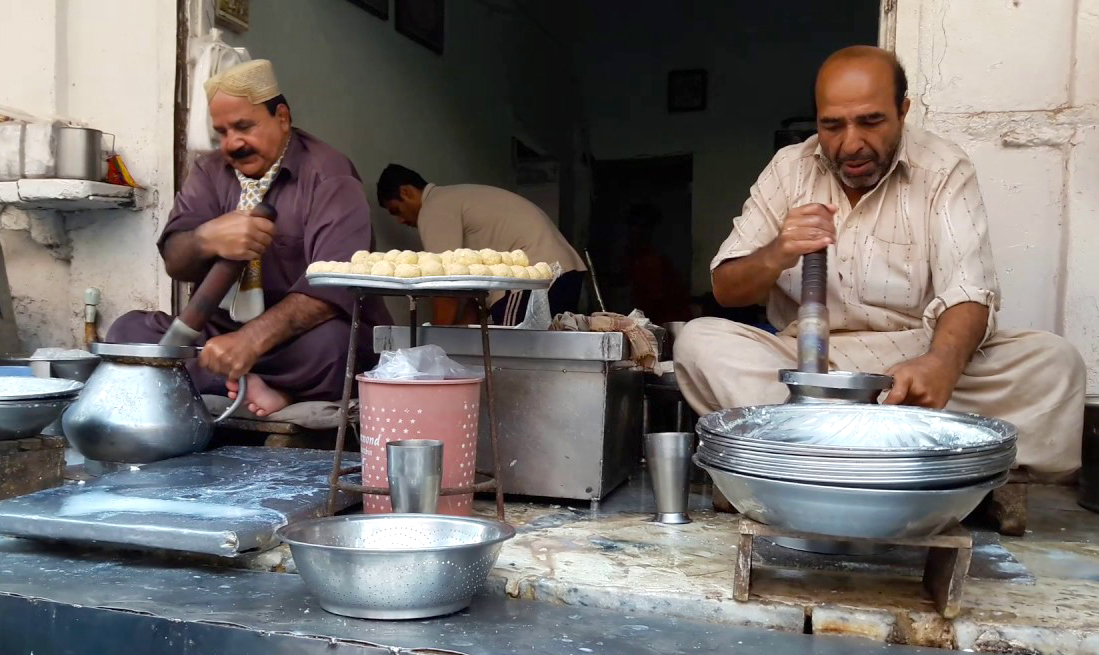 Fiqayki Lassi is located in the Main Bazaar of Gawalmandi, a stone’s throw away from Gawalmandi Food Street, the hub of Pakistani street food. I reached Feeqay in the evening, half excited and half terrified. I sat down on a wooden bench facing the shop and took a cursory glance at the sewage canal nearby. There were three elderly men sitting cross-legged behind different utensils. One of them was churning the dried butter into a pot-bellied utensil. Another was stirring lassi with the help of a thick, wooden stick. The last one weighed and packed yogurt for the customers. I ordered myself a glass of Pairhey Wali Lassi. After ten minutes, they handed me a tall silver cup. I took a sip to gauge the beverage. I had never tasted lassi of this sort. It was vicious and delicious without being overpowering. There was no drink with which I could compare their scrumptious lassi and I mean it like G-Eazy. While sitting there, I mooned over how exceptional it would be if Chacha Feeka and his family open up a chain of shops across the country and serve their special lassi to more people. 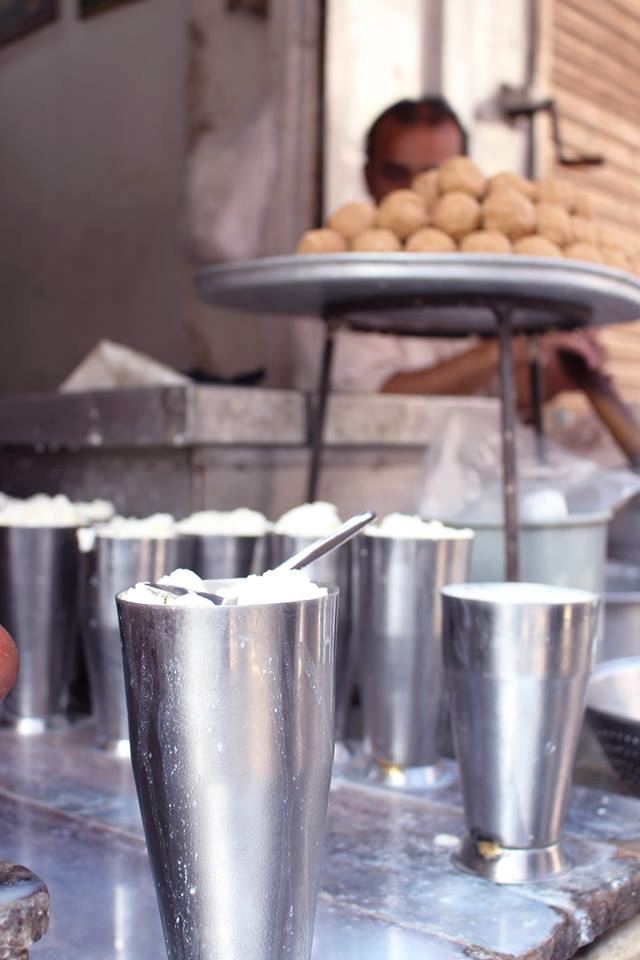 While I sat there drinking my lassi, a young woman came up to buy yogurt. She licked a kulfi stick with utmost pleasure. A gutter close by was suffusing the surrounding air with funny smells and ridiculous thoughts. The men sitting next to me had brought chadars to mask their noses and enjoy the tasty beverage without any interruption. The flux of vehicles continued behind us. An elderly uncle sat close to me and initiated a conversation, in spite of my obvious apathy. He touched and squeezed my knee to punctuate every sentence, while I forced smiles in return.

I downed my glass, heavy like honey. Now, my steps struggled as I got up to walk back. At that moment, the lights went off in the entire street. It was now solely illuminated by the devilish grins of the vehicles on the road. I saw a few children playing cricket in a dark street against the walls of their homes, giving zero f***s about light or gravity. A woman passed by me, turning into smoke one instant and becoming palpable the next. I could not understand why the shopkeepers hung light emanating mangos in their shops, instead of energy savers. A truck came growling behind me like a huge buffalo who had lost her swarthy child. In retrospect, I’m still not certain what it was. In another street, a little girl came up to me with a yellow flower saying something incomprehensible. Close to Mayo hospital, a cat puked and then, barked at me.

Until I reached my residence, I was totally flabbergasted. I accepted the yellow flower from the little girl.