If you’ve been reading my articles, which I hope you have, you’ll have noticed a pattern. A new restaurant opens up and I rant about how eatery is now located in DHA- miles away from the reach of a middle-class kid without a car such as myself. So when Fettuccine Karachi opened up in Gulshan at Maskan Chowrangi I was more than shocked.

I did some social media sleuthing and discovered that Fettuccine offers a build-your-own-pasta experience for an incredibly affordable price. Location was just the cherry on top to send me running for this sundae. And so, later that afternoon I grabbed a friend and headed on over to Fettuccine Karachi for lunch. 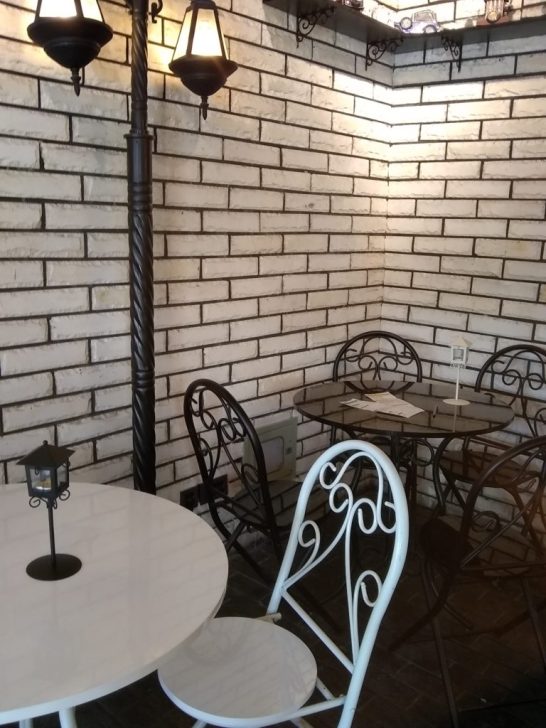 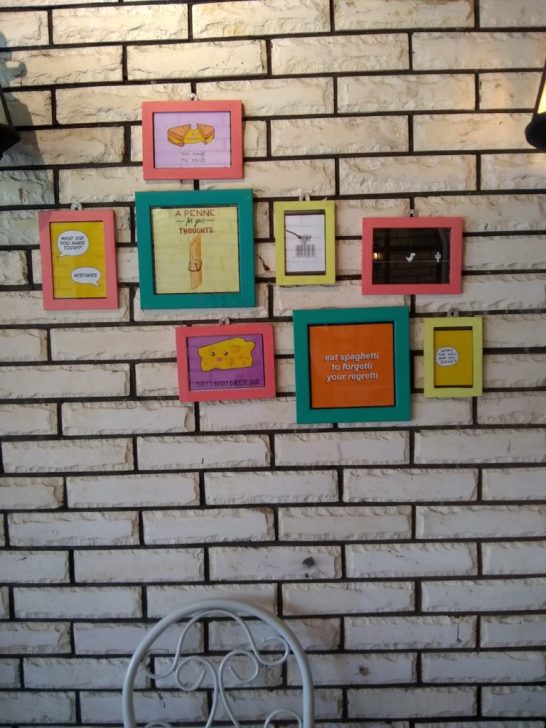 The pasta place was tucked away in a by-lane opposite Disco Bakery and had just enough space to accommodate 30 people at a time. The manager was candid enough to inform us that they would not be able to seat us for at least 20 minutes and requested that we come back later. Albeit dismayed, we ambled on to Maskan Road and stopped by a chaat shop to kill time.

Upon returning to Fettuccine Karachi we were greeted by an empty table for two and an extremely apologetic manager who assured us that our pasta would be served warm and promptly. The interior of the restaurant was pretty and cozy. It featured puns, jokes, and wholesome quotes, framed and festooned over a textured wall, with lanterns at the corner. There were also a set of miniature vintage items kept on a small shelf at the corner which added to the charm of the interior. 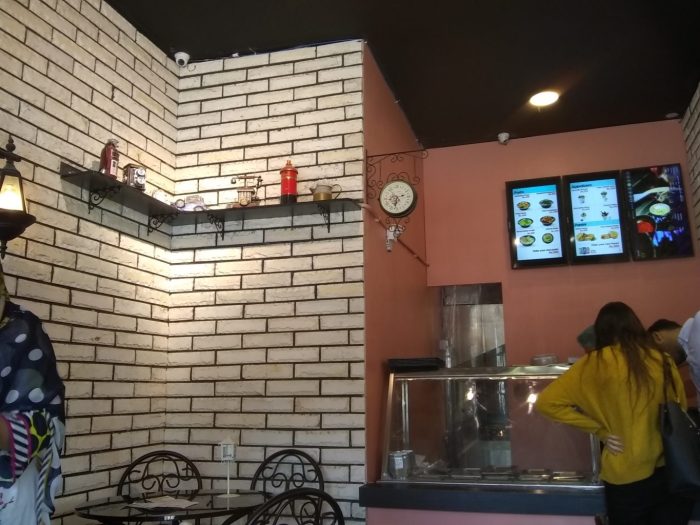 After perusing the menu for a bit we decided to go the DIY route which allowed us to choose our own topping, pasta shape, vegetables, and protein. We ordered a white sauce fettuccine with prawns and extra cheese and a Penne arrabiata with chicken for our mains. While an appetizer of mozzarella sticks and chicken strips seemed like a worthy choice.

The food arrived in fifteen minutes and was piping hot as promised. Once enough time had elapsed to not warrant a third-degree burn, we decided to dig in. The mozzarella sticks were big and crunchy and it was evident that this was some premium quality cheese. The chicken strips were mildly spicy, with a light and crunchy coating. They were served with cheese and honey mustard sauces, which added to the taste. 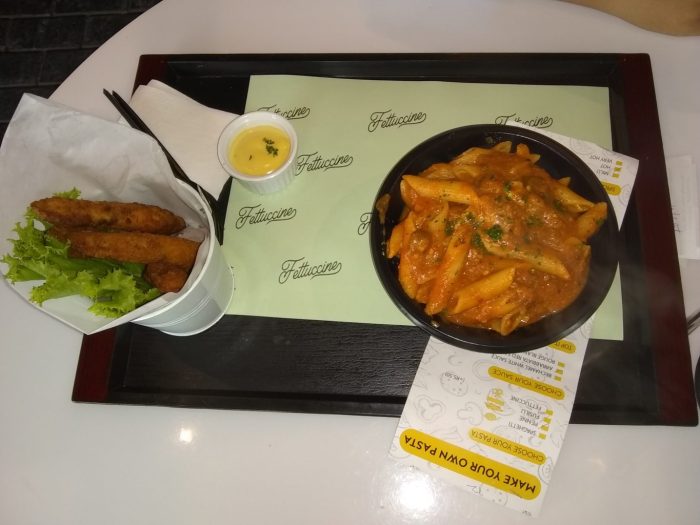 The serving size of our pasta made it near impossible for us to finish our food. In fact, this might have been a tall order for three people even. The fettucine was thicky, creamy, and delicious. The prawns were fresh and the vegetables were crisp. The Penne Arrabiata was a bit too spicy for me but it struck a perfect balance of tomato, parmesan, and basil.

Despite the fact that we’d ordered a lot of food, our total fare for this adventure was quite reasonable. The manager showed us respect and gratitude and asked us for our reviews or complaints, which obviously convinced us of Fettuccine Karachi’s regard for its costumers. Most of all, I’m thrilled to see a new eatery opening up in less posh areas of Karachi and catering to a wider segment. I’ll definitely be visiting again.