Recently I have visited and walked you through the homes of Shakir Ali, the artist, and Allama Iqbal, our national poet. Suffice to say it has been a treat. When I decided to go to Faiz Ghar, which translates to the house of Faiz, I wasn’t sure what to expect. I have always known about Faiz Ghar. Over the years I’ve heard of several workshops and activities being conducted on the premises to promote art, literature, and culture. From art classes and music lessons, to book launches and yoga session. Not to mention the many special small events that are a regular occurrence at Faiz Ghar. Despite having never actually visited, I had some picture of what Faiz Ghar might be like in my head. 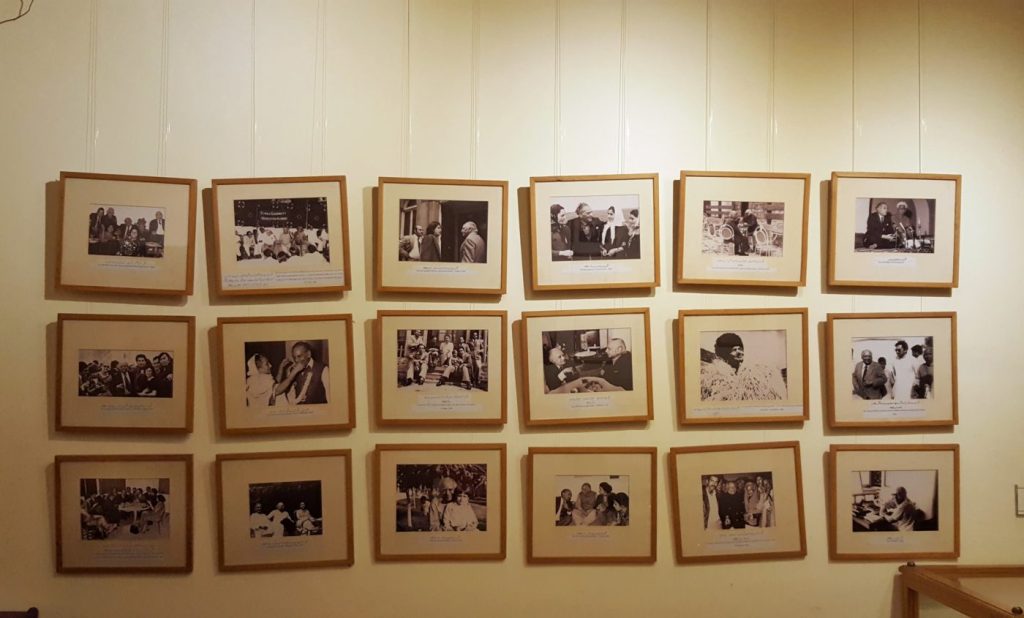 When I finally visited recently I half expected to find nothing but various classes underway. Faiz Ghar is located in Model town, F – Block. On the outside, it is a regular house in a  regular old street. When I arrived there were many cars parked outside, as there is no designated parking area. There was a small placard that read Faiz Ghar indicating that Google maps had, in fact, brought me to the right location. The gate which was closed displayed a poster of an upcoming event, the 4th Faiz International Festival. I entered through a small side door and was greeted by a guard and staff members who guided me further in. The house itself was a little confusing, laid out like most old houses with one room opening into another. On the way in I passed a soft board with a schedule along with the same poster from the gate. There was another notice on an easel next to the entrance that informed me that this was a “no-shoes” house. A little thrown back and unwillingly I took off my shoes, glad to have been able to at least keep my socks. Once inside I was pleasantly surprised to find that the room was full of memorabilia displayed in glass cases. The first thing I noticed was a suit hanging in a case. It had once belonged to the revolutionary poet. Next, I saw his certificates, including his educational degrees, handwritten notes, and letters, various postcards, his business card, newspaper articles from his life and awards he had received. 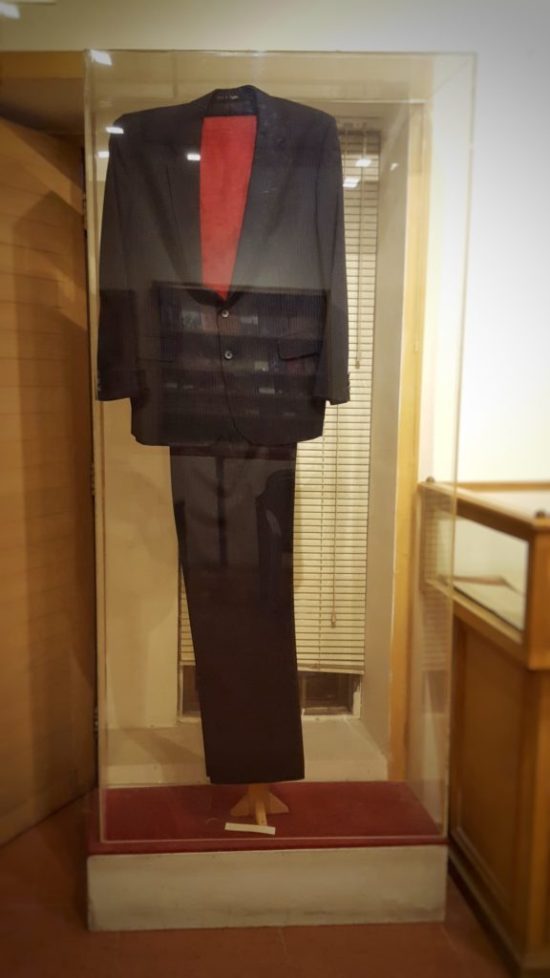 His cigarette case, muffler, and hat could also be seen in one of the cases. Unfortunately, there were no descriptions provided. Framed photographs adorned the walls, these pictures stretched all the way across the room and even further into the adjoining hallway moving around and up the staircase to the library, which was unfortunately closed at the time of my visit. The photographs were a treat and trailing them led me back to the entrance of the room. The only thing left to observe had been a bookcase. As expected, it was filled with books either by Faiz or about Faiz, and a few CDs. The book on the exchange of letters by Faiz and Alys during his time in prison really caught my eye and I was excited to see that the merchandise was priced and on sale. However, at the time the books were unavailable for purchase as Faiz Ghar was busy in the preparations for the upcoming 4th Faiz International Festival and all the personnel responsible for such transactions were otherwise occupied. I also learned that, apart from the small museum section, every other activity had been suspended as the entire focus was on the festival. 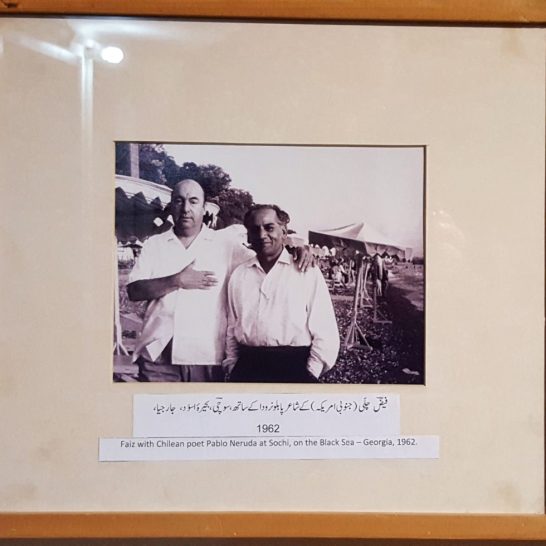 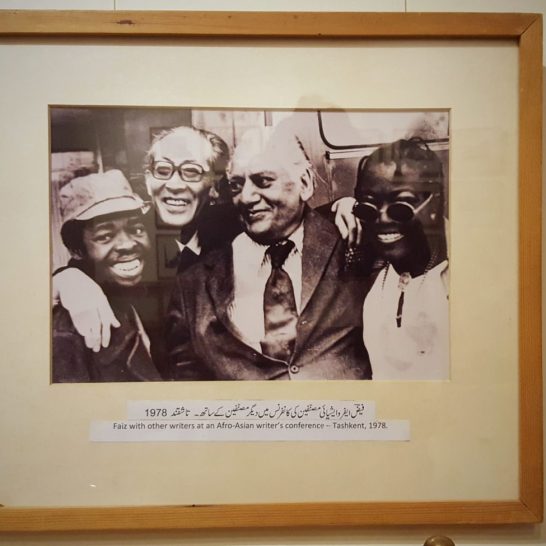 FAIZ GHAR- THE PURPOSE IT SERVES

The festival is a good example of what Faiz Ghar stands for, it is a promotion of art and cultural activities that help keep Lahore alive. Starting from musical performances, talks and all kind of different workshops hosted by prominent names in the industry such as Bushra Ansari, Hamid Mir, Sohail Ahmed, and Tina Sani, just to name a few. The festival was free, save a few of the performances. 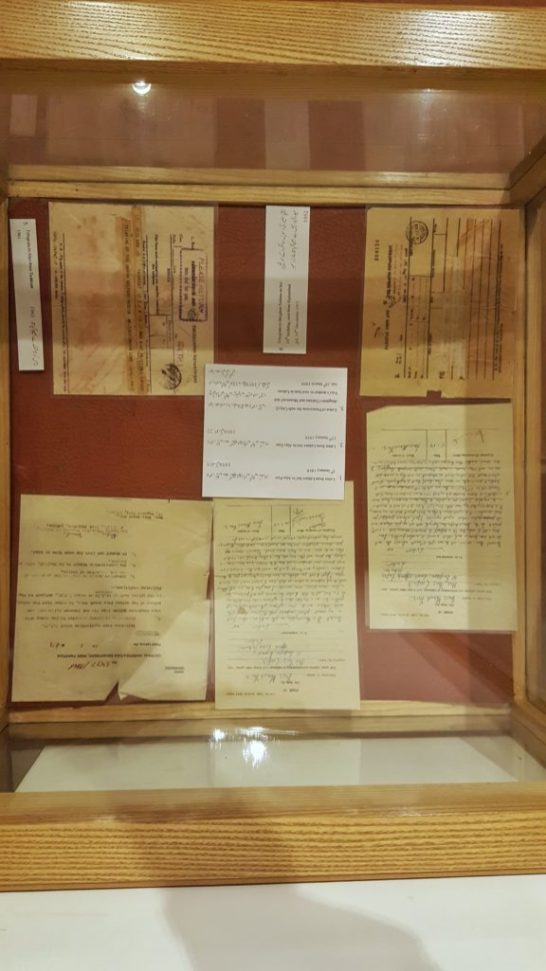 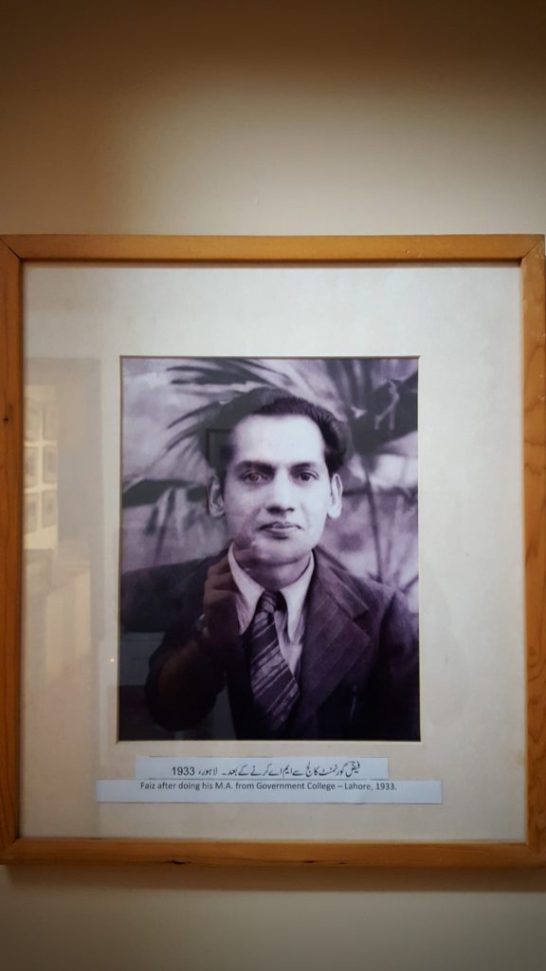 Faiz Ghar is not a place to be summarized in a few words as it is ever so generous in its offerings. It is not just a place to commemorate the life that Faiz lived but rather to celebrate it by continuing with what he stood for. It is definitely worthy of visiting and not just for the museum. Let loose and explore your internal possibilities by signing up for one of their workshops or classes.