El Rancho- Argentinian Grill: My Diamond in the Rough

Every once in a while, you stumble across a veritable treasure, a diamond in the rough. At that point in time, what do you do? Proudly display it for the world to see, or lock it up because it’s only for you? I’m feeling generous, so I’ll let you guys in on the secret: El Rancho Argentinian Grill is my diamond in the rough.

There, I said it. the secret is out!

Cat’s Out of the Bag

You’ve probably never heard of it. In this day and age of social media buzz and Instagram marketing strategies, El Rancho doesn’t really go all out, banners blazing. But do not let its lack of presence on social media fool you. El Rancho is, in my opinion, one of the most underrated establishments in Karachi, and it is a travesty that so many people don’t even know it exists. Heck, until 6 months ago, I didn’t even know it existed.

And it’s literally a stone’s throw away from my house.

I have my father-in-law to thank for bringing El Rancho into my life. He’s a social fellow and loves trying out new restaurants with his friends. One day, over dinner, with my husband bemoaning the lack of a decent steak in his life, my father-in-law mentioned that he had an incredible steak at El Rancho and that we should totes go there. Our response: El where? Who?

We had to know.

The location is slightly tricky. It’s in the commercial area right opposite Ayesha Masjid, on main Khayaban-e-Ittihad. You basically take a turn right after the TCS office and then it’s right there. We found it after a few wrong turns. No biggie. 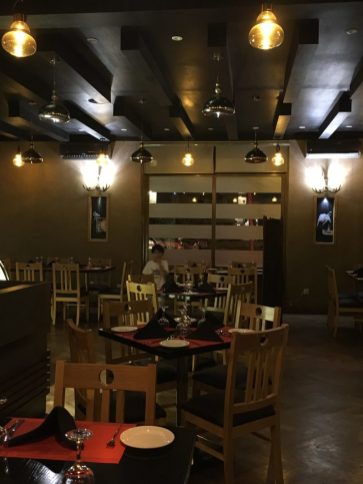 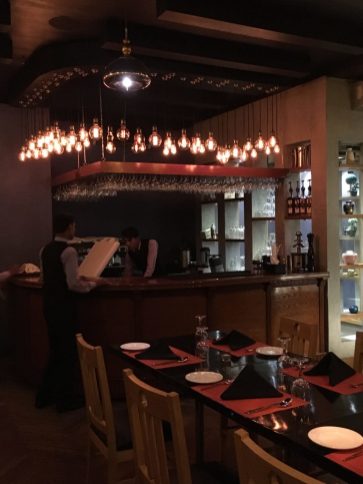 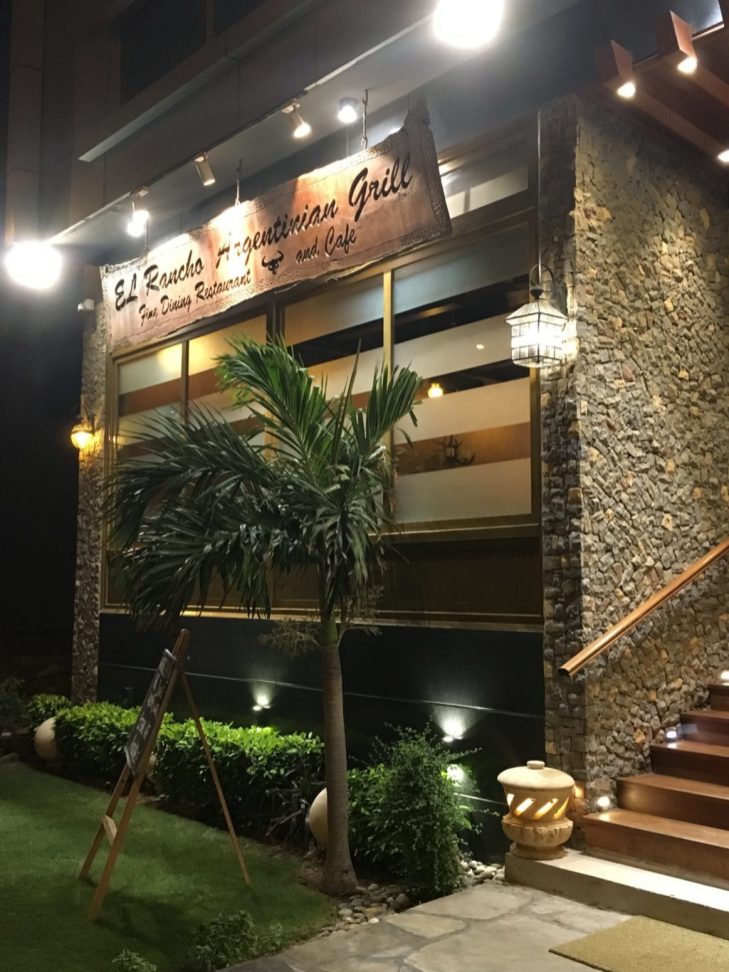 Straight off the bat, the ambiance is lovely without being in your face. Now don’t get me wrong, I’m a sucker for good interior design, but sometimes I feel that restaurants focus more on that and less on ensuring that their menu is amazing and unique.

El Rancho has that whole ‘hip dude ranch’ vibe going on, without cowboy hats, bulls-heads and other random paraphernalia. The wooden sign outside, the subtle, soft lighting, the lovely booths along the wall, a very sexy bar style set up at the far end. All of these come together to create an ambiance which is soft, subtle, and, in no way obnoxious. Given the recent propensity for restaurants to have an industrial-chic kind of vibe, this classic décor was quite a novelty.

We settle ourselves in a nice booth and straightaway, the server comes to light the candle on the table, offer the menu and ask if we would like anything to drink. I opt for a Pepsi (yea, I know, not exactly adventurous) and Sam (my husband) goes for the pina colada. We peruse the menu, and, I have to say, are pleasantly surprised. For one, it’s not the standard “everything but the kitchen sink” menu you see so often in restaurants.

El Rancho focuses predominantly on its steak menu, and anything else is more along the lines of “oh well if you really want to try something else, here are a few options.” Refreshing! There are so many times when you see the standard “chicken in *insert random vegetable/herb/country* sauce” on the menu, that you honestly get sick of it. El Rancho knows what it’s there for and makes no apologies for it.

We go straight for the steaks. You have the choice of ordering the cut, along with a sauce and a side. I order the filet mignon, medium-rare, with mushroom sauce and a baked potato on the side. Sam goes for the tenderloin, with a black pepper sauce and fries on the side. A spinach fondue is our choice of appetizer, and I greedily order the bread pudding for dessert, diet be damned. A plate of fries for the kiddo and we are set.

10 minutes later, and I’m quite sulky about the pina colada being incredible. It’s a frothy concoction of coconut and pineapple, and my mean husband was refusing to share. The fries and spinach fondue are served. And the latter is epic. Sam hates anything green and remotely healthy (yes, he’s a toddler in that aspect) but he loved that fondue so much that the plate was almost literally wiped clean. Piping hot, glorious spinach and cream with garlic and spices, topped with a generous sprinkle of parmesan cheese and then baked in the oven, and served with thin crispy garlic bread. Deliciousness on a plate! Earthy, creamy, cheesy and thoroughly decadent.

After we’ve fought over the last bite of fondue, the attentive servers (yes, multiple servers, who were discreet, attentive and exceedingly helpful) cleared the table and brought forth the steaks. Now, before I regale you with a bite by bite account of the steaks, take a look at that picture. Note the artistry, the elegance of presentation. Also note that there are a bunch of sides offered, and each of them is unique! No slathering of vegetables with a topping of fries here. We do have vegetables, but they are paired with stewed figs, extra sauce (thank the Lord) and a sweet little potato stuffed to the gills with sour cream. YUM!

Steak is Where it’s At

Let’s start off with the steak. Perfectly cooked, not overdone or underdone meat. Expertly seasoned, there’s an excellent sear on the meat. The knife sliced through it like butter. The mushroom sauce was absolutely exquisite, and I literally drowned my steak in sauce. The vegetables were succulent and crisp and the sour cream on the stuffed potato was awesome. There was no chit chat at this point. Our focus was entirely on our steaks. I didn’t even get to try the tenderloin as my not-so-better-half had polished it off even before I was halfway through my dish! Need I say more?

10 out of 10 on the steaks, guys. I thought the spinach fondue was the dish of the meal, but I thought wrong. The steak totally blew it out of the water…

…until we had dessert.

Ending on a High Note

Now, at this point in time, I was regretting being so gluttonous. We were even seriously thinking of asking our servers to make the bread pudding to go. When it was served, hot and steaming to our table, with thick gooey caramel sauce dripping around the pudding, and a lovely scoop of vanilla bean ice cream on the side, we couldn’t resist. It was moist, succulent, filled with flavor and that caramel sauce…..mmm! I would literally bathe in that sauce, it was THAT good.

What we have here is a meal in which each dish outdid the other. Was it a little pricey? Well, for all those dishes plus drinks, it came out to Rs 4700. You be the judge.

Exquisite food, incredible service, and amazing ambiance. Not many places in Karachi can claim the same. Don’t believe me? Try it out for yourself.