Google Maps is no match for the entangled streets of the Old City when seeking Data Darbaar. It took me nearly twenty minutes of aimless wandering and wrong turns before I gave up trying to use my phone as a guide. I turned to a kind old security guard who scratched his beard and set me on the right path.

Data Darbaar is almost always bustling and there is a clear sense of organization there. Someone collected the writer’s shoes upon entry, multiple conversations drowned one another out till nothing remained decipherable.

When I finally reached the Data Darbaar, I was fascinated by the entrance. A disheveled array of green sheets decorated with holy verses and couplets lined the doorway. Around it were honking vehicles and congested flower shops creating a melange of floral fragrances and car smoke. Police guarded the area stubbornly. Everywhere I looked, there were clenched jaws, barbed wire fences and vigilant body checking. As soon as I entered, a group of people flocked towards me, asking me to hand them my shoes. I was overwhelmed by this and hoped that I would not have to go home barefoot.

I walked on the milky-white marble floor towards the burial place of the saint that this ‘darbar’ (mausoleum) honors and noticed that the water fountain in the courtyard was not working. I moved on wards and reached the hall under a green dome. Many devotees were present their either to pray, read holy scriptures or to put donations in green boxes. There were at least thirty such boxes in the whole building. The roof was decorated colorfully with artificial trappings that hid the pure marble face of the vault. Green embroidered cloth swaddled the marble pillars under the rotunda with colorful designs. The ornamentation on the roof, the smell of roses brought in continuously, the intermittent sound of mobile ringtones and the silent hum of prayers imparted an appealing aura to the place. 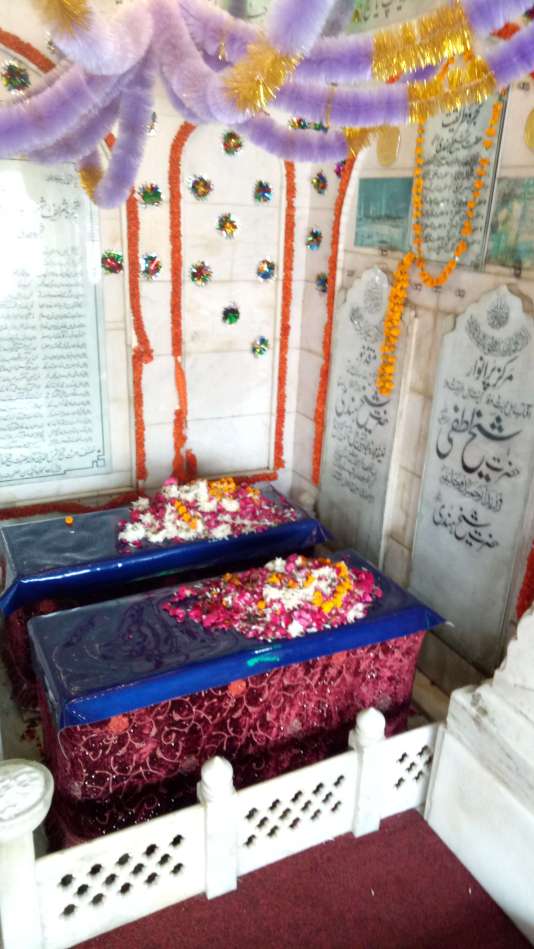 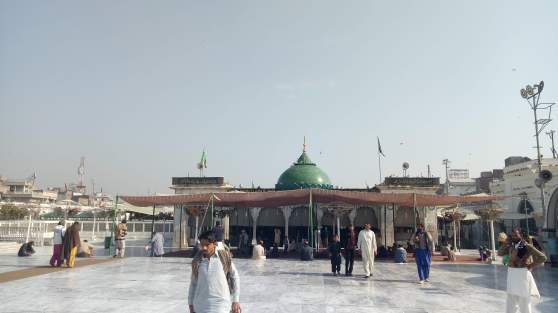 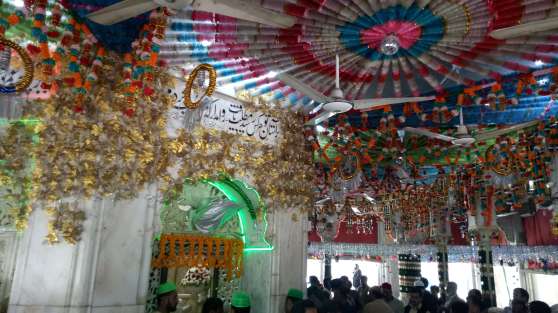 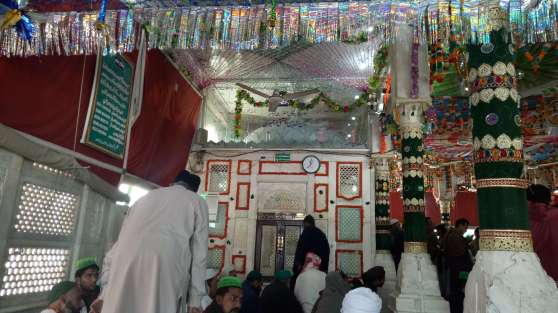 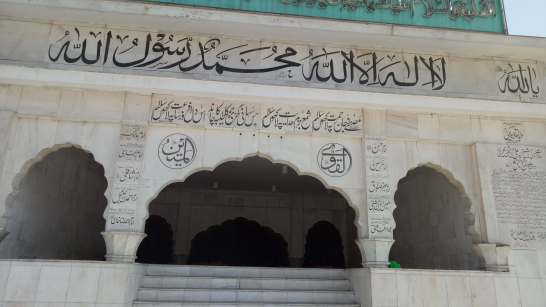 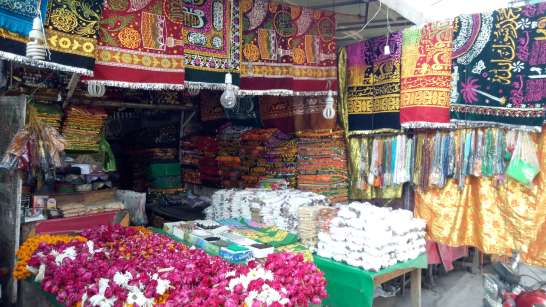 Some young students from a nearby college had gathered at Data Darbaar for the esoteric purpose of bunking their classes and indulging in an extensive selfie session. An old man wearing a white cap rebuked some of them for blocking the way in their attempts to take the perfect picture. I carefully pocketed my mobile to avoid becoming the subject of his reproach. I also watched as each new devotee who entered touched the marble walls and locked windows of the burial place faithfully. The sincerity and dedication in this simple act was palpable.

After sitting there for a long while silently observing the whole phenomenon, I walked along the marble hall for prayers. A young enthusiast raised his voice to sing a Punjabi song of reverence and worship. I noticed that the prayer area was segregated; one for men and another for women. I did not understand the lyrics but felt myself drawn to the emotion and passion in his voice. This singing and music is a key characteristic of Data Darbar and on Thursday evenings, the fervour and energy is said to be exhilarating. I hope to return again soon to experience the heightened mysticism and to immerse myself in this cultural and spiritual exuberance.

Tags:
A Page out of History, For the Squad, Instaworthy, Kid-Friendly
Share: