Cosa Nostra literally means ‘Our Thing’ in Italian. It also alludes to the Italian Mafia. Uncanny, isn’t it?

This was my first visit, and the name, with its exotic lilt fascinated me. Close to Main Boulevard and opposite the College of Home Economics in Gulberg, there is a small establishment guarded by high walls and covered with trees, called Cosa Nostra. Cosa does not have any signboard on the outside wall to announce its presence. Upon my arrival, the guards standing under the shelter close to its gate led me inside. And as soon as I entered the restaurant, I felt relieved. The air-conditioners were doing a great job of subduing the heat. 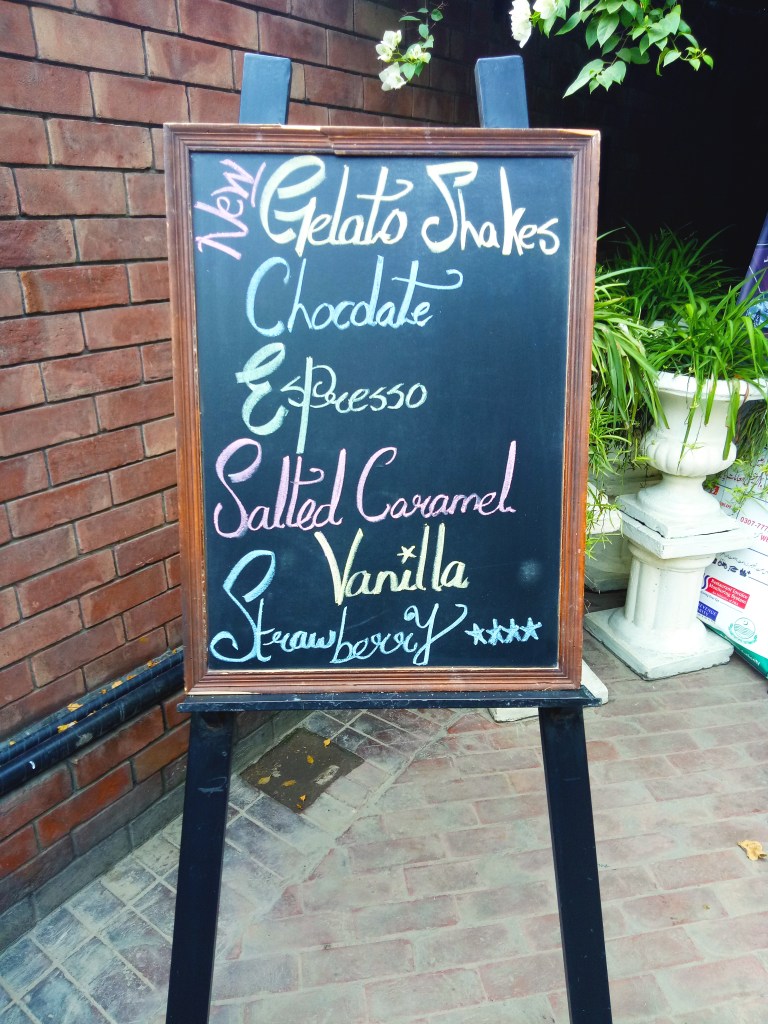 Cosa Nostra is a small restaurant that offers a variety of ‘Freak Shakes’, Appetizers, Burgers, Sandwiches, Mocktails, Milkshakes, Coffees, and Ice Creams. Once inside, the white-washed roof and the black-marbled floor demonstrated a stark contrast. There was a white wooden cabinet standing erect opposite to the main door in which a small collection of books had been placed. Also, there were two blackboards, one inside the establishment and one outside, on which the new foods and beverages were mentioned in colorful chalks. A number of families and groups of friends were eating and chatting while sitting around the white marble tables in dull-colored yet comfortable chairs.

Behind the marble counter, there were a number of juice machines making absurd noises and contributing to the loud and fast background music. Against the wall, a number of translucent glasses were placed on two perpendicular surfaces jutting out of the same wall. Opposite to the counter and juice machines on the other extreme, there was a huge LCD screen attached to the wall. The suppressed talking of the waiters, who were trying to be professional, the excited chatter of friends and families, and the loud music imbued mundane liveliness. Perhaps I was conscious of the sounds and noises by virtue of being alone on a separate table. I craved more soothing music, because I had not come there for a party, but to eat lunch at 3 PM. 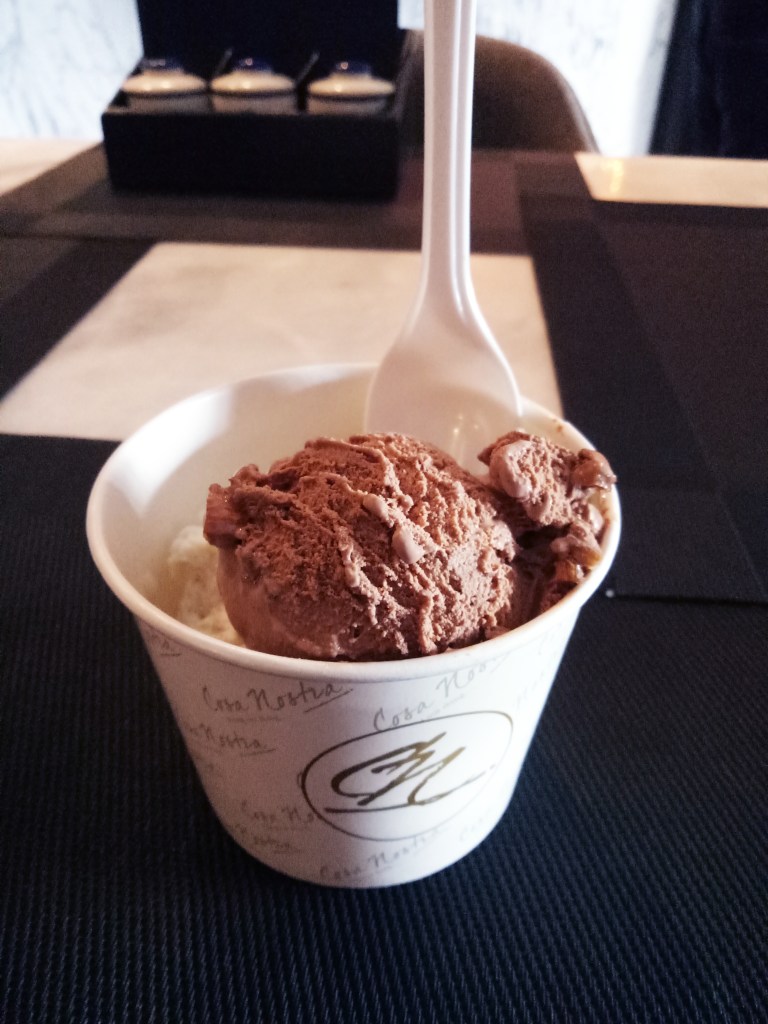 I had to wait for a while, because the waiters kept thinking that I was waiting for somebody. They talked and whispered amongst themselves. After lunch, I ordered myself two scoops of ‘Vanilla’ and ‘Fruit and Nut’ each. From the first spoon of ‘Fruit and Nut’, the clay-like color appealed to me, and I relished the robust flavor of the cream on my tongue. Munching on the hidden little crunchy crumbs of dry fruits added a flavor reminiscent of dates (the edible kind). In a similar manner, the serving of vanilla with its noble coloring and innocent deliciousness wowed me, until the plastic of my spoon struck only paper. Sitting there alone and enjoying the cream, I set off fantasizing how it would have looked if we could grow ice cream plants and savor the cold scoops hanging from the branches.

The message on Cosa’s paper napkins, ‘Doing Our Thing’, seemed like a mere appendage or a harmless slogan at first, but their scrumptious ice cream proved its genuine intentions. If you live close by or happen to pass through the neighborhood, you would regret not relishing Cosa Nostra’s superlative ice cream.