I have visited Cock n Bull twice before and it seems like a decent place to dine in until I visited the Gulberg branch just the other day. I could see the experience going down hill from the get-go.

It is located in a basement within Liberty Market. The restaurant has a unique red and brown interior which is decorated, but without any sense of aestheticism. Red walls were paired with furniture in hues of a disheveled brown, red and orange, spread out across the space. There was a corner with white leather sofas that looked rather odd and did not quite fit into the decor. The faux ceiling had red lighting underneath. To put it in one sentence, it did not seem like it was very well thought through.

My sister and I took a table in the corner and perused the Cock n Bull menu. We detected a few bugs under the table, aimlessly creeping here and there. The staff was cleaning and mopping the place as if it was 8 AM and not the middle of the day. 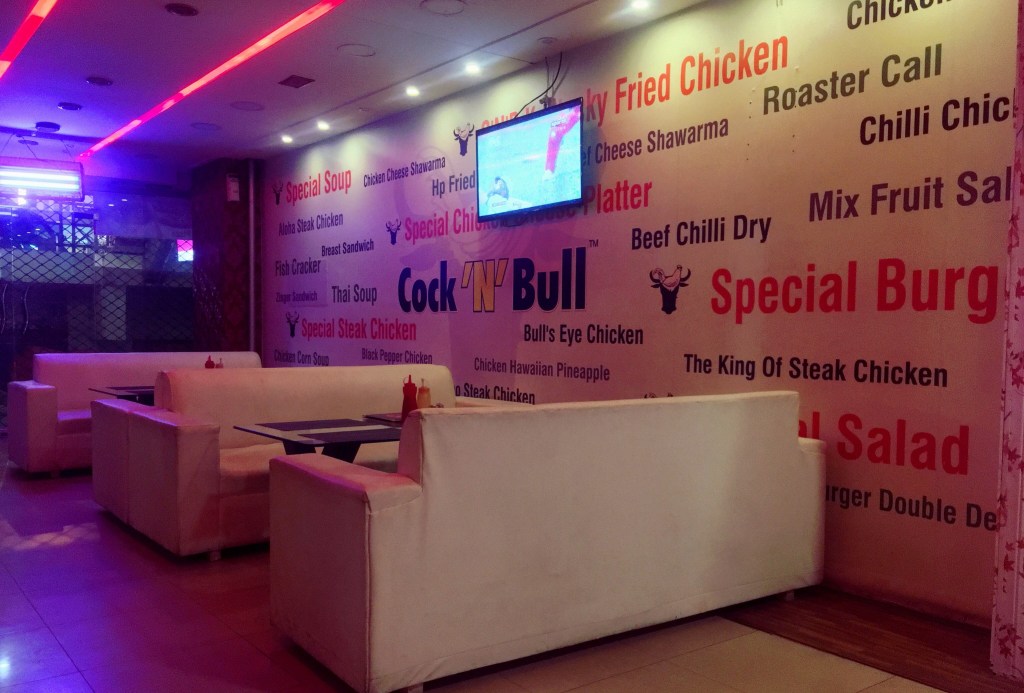 All of this raised enough red flags but we went ahead and ordered anyway. When we were done deciding what we wanted for dinner, we tried placing the order and were told that the pizza that we were ordering was “too expensive” (PKR 320). The staff insisted that we recommended we should order another one. Considering other possibilities for the statement we went with the pizza suggested by our waiter. So, we ordered one small Spicy Jalapeño Pizza and a Chef’s Special Pasta. The order was not written down and was supposedly memorized instead.

While waiting for the food, I noticed that the utensils were of very cheap quality. The dishware was made with worn-out plastic. It had scratches and dents all over. It was extremely unhygienic to use utensils that have such scratches as dirt tends to get stuck between the tiny indentations. One of the water glasses on our table appeared to be dirty and had water stains on it.

The pizza was served after about 20 minutes but apparently they had forgotten about the pasta that we had ordered. At this point, we were not aware of this so we dived into the pizza first. The pizza bread had a faint stench to it. The jalapeño was not fresh at all. It was topped off with tomatoes, onion and chicken. It sure was spicy, just like it said on the Cock n Bull menu but was nowhere near delicious. The cheese was stringy and possibly the only good thing about the pizza. 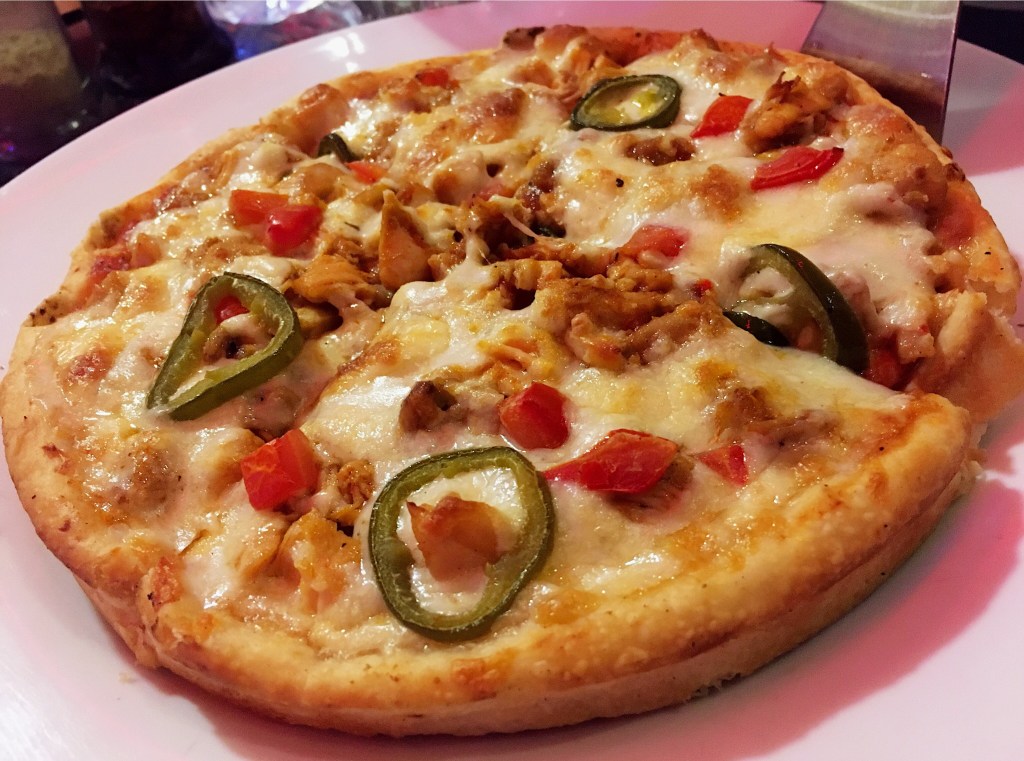 We waited for another 20 minutes until we realized that they had forgotten to serve the pasta all together. Upon inquiring, the staff at Cock n Bull told us that it is going to take another 25 minutes for it to be served. We preferred to take our leave right then.

The staff member stood with the bill folder in his hands and verbally told us that it will be PKR 325. I asked for the folder and waited for him to leave, which he did not, until I had handed folder back to him. The whole experience was highly unpleasant. The other Cock n Bull branches (Johar Town, DHA & Fortress) are much less of a torture than the Gulberg branch. It’s a shame how bad of an influence one branch can have on the entire brand. Being true to the review, I would not recommend visiting the Gulberg dining hall at all.