Hidden in plain sight this is a part of the coast that not many people frequently go to in this city. In fact, it wasn’t until very recently that it even became recognized as something that warrants attention. The tetrapods along China Port Karachi are tetrahedral cement structures artificially engineered and strategically placed to prevent erosion along the coastline. The aesthetic of these tetrapods is just an added benefit.

At a walking distance from the Karachi United Football Club, there is a thin strip of land that extends further into the sea. The location is marked on google maps as “Bara Anda” and “Chota Anda” instead of China Port Karachi, which is equal parts ridiculous as well as mysterious. The tetrapods were famously covered by TVP on Facebook and have since been visited by many other vloggers and bloggers. 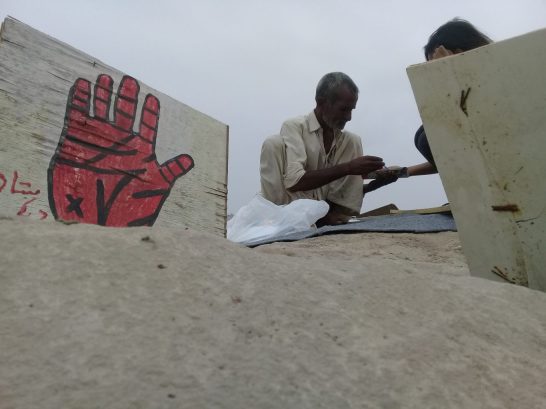 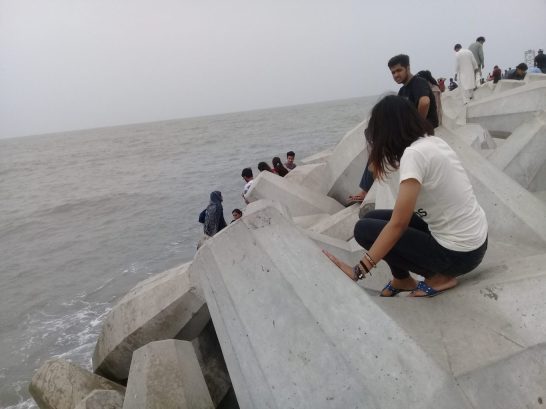 When I first visited the tetrapods, the sight was nothing short of remarkable. The rocks seemed polished but with no clear pathway, one has to work hard to reach the tetrapods. I climbed and hopped till I was out of breath, the trek was rather long. Upon reaching the site I immediately rushed to a hawker and purchased a drink. One of the main attractions is a palmist who sits at a short distance from the tetrapods.

The tetrapods looked mesmerizing, as the Sun settled over the coastline. I’m sure it’s just as breathtaking in the early hours of the morning, and far more serene and isolated. The tetrapods were safe enough to not worry too much about slipping and drowning but dangerous enough for a small adrenaline rush. Just remember, you will have to come back from as far as you decide to tread. The sound of the waves hitting against the rocks and the proximity to the sea is a spiritual and humbling experience, at least for me it was.