Rollin’ Up To Chaudairy Ice Cream

Inaugurated in 2016, Chaudairy Ice Cream is a small parlor located in Sector K, DHA Phase 1. It is a prim little place, which might seem harmless in appearances, but once you have savored its delectable Lindt Milky ice cream, it will captivate you. Chocoholics beware! Chaudairy Ice Cream has a huge marble counter with white and blue clouds rambling on its surface. Above it, on one side, there are arranged various bottles of extra toppings including dried fruits, sweets and candies. On the wall behind the counter, the menu is written in green, red, yellow, and white chalk on several blackboards. All around the place, at various points, framed witty quotes praising ice cream and its benefits are pasted on walls. Some happen to be quite amusing, especially when viewed for the first time. Moreover, the walls at Chaudairy Ice Cream are painted white in a way that they appear plastered with white cream. 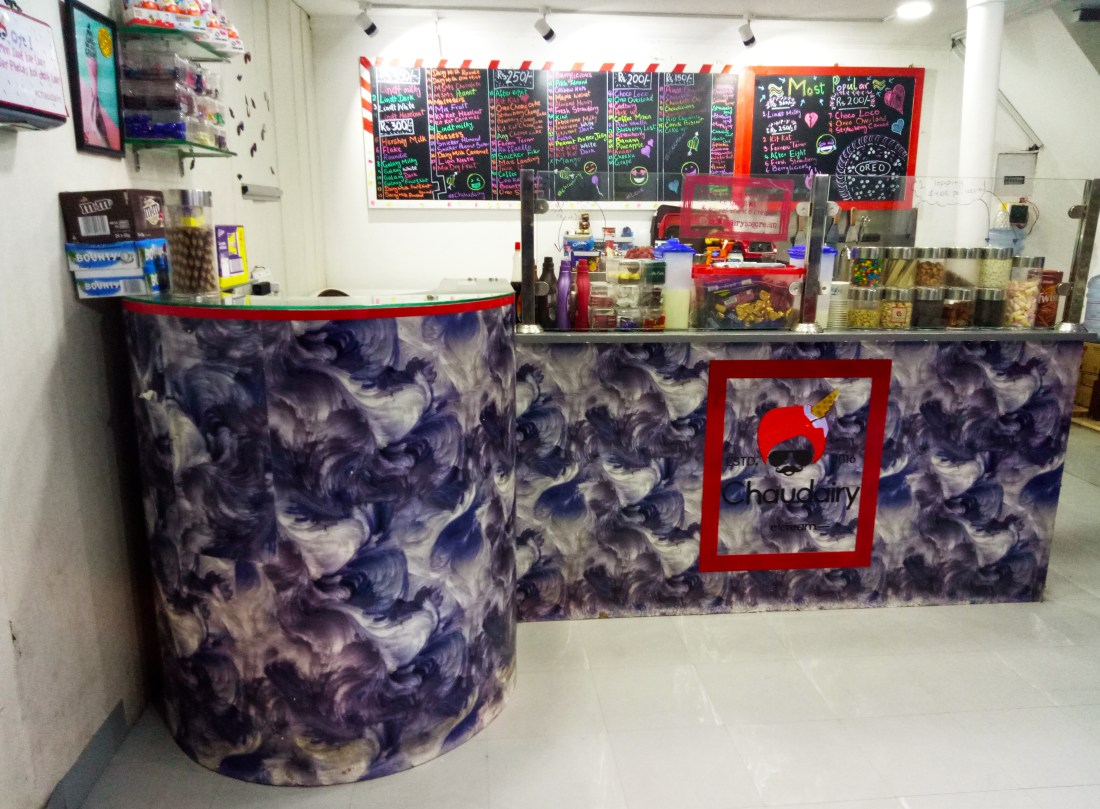 On the menu board at Chaudairy Ice Cream, I noticed that Lindt Milky was labelled as the most popular flavor. After I gave my order, I stood close to the counter and observed how it is handmade. The young man snapped few bars from the classic Swiss chocolate and broke it into small pieces and granules with two sharp tools. Then, he poured a bit of chocolate fluid on top of the chocolate. To moisturize the ingredients further, he poured on some milk, and mixed it up. Then, rubbed it out, using manual pressure to make a thin and cold layer out of it. At last, he rolled it in from corners with his knife-like tools to replicate fruit rollups. He put the rolls in a little cup and poured some more chocolate fluid onto it, as I had requested.

I left the counter and sat on a stool close to the marble tables attached to the walls towards the front of the parlor. The stools were not comfortable, and as I had gone there tired after day’s work, I regretted not being able to recline. They brought me my Lindt Milky and I commenced eating it in small bites. I could feel that the granules of Lindt complemented the rest of the white cream well. I wish they serve this in heaven too. I would explain its delicious excellence in three words… wait, no! In one word: SUPERB. I wish to call it ‘sexy’ too, but see no awkward reason to justify my word usage. While enjoying my ice cream, I discovered a wonderful song, which was being played on the speakers. It was the “Thousand Kisses Deep” by the late Leonard Cohen. The piercing lines ‘I am turning tricks/ I am getting fixed’ kept echoing in my head until the late hours of the evening. Going to this young ice cream treasury was an experience and a half. 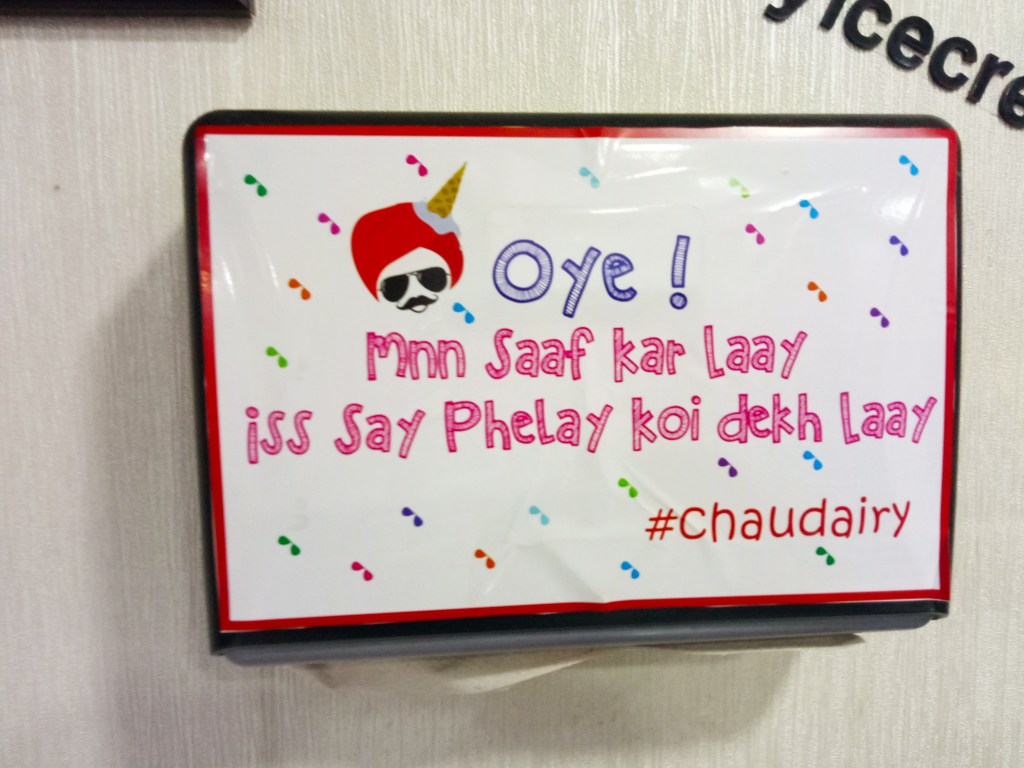 Apart from the fact that they had uncomfortable stools and limited place for customers, I could not find any fault in their establishment. Besides, Lindt Milky would have redeemed anything problematic, if I had found any. The prices at Chaudairy Ice Cream are quite affordable as compared to other ice cream places in the vicinity. There is no reason to not go.