I heard about Bounce a year ago and have wanted to go ever since. As fate would have it, my sister and I were at Emporium Mall one day when she suggested that we should finally visit this famed trampoline park. It is located on the Mall’s second floor, so we made our way towards it.

In a few minutes, we had reached it, signed up for our preferred number of hours and were allotted return-again wristbands. The loud, pumping music was infectious. Blue and orange was the reigning color scheme for the place, adding to the enthusiasm that one would understandably have after bouncing around for a while.

We removed our shoes, put on our rented socks and put our belongings in a locker. We raced to the ball pit, and I succeeded in pushing my sister all the way in. Ooooh, this was gonna be fun!

Yes, at twenty-something, we played in the ball pit for a few hours, or maybe a few years, I don’t even know anymore. We were giddy. We were gleeful. Pro-tip: the small plastic balls may seem harmless enough, but they leave a decent bruise if pushed in them hard enough.

We were judged by adults. We were judged by children. We were ogled by strangers. But I strongly believe the moral brigade has no place in a place such as Bounce. Being young at heart is the essence of an amusement park, so I didn’t really understand what they were doing there in the first place. 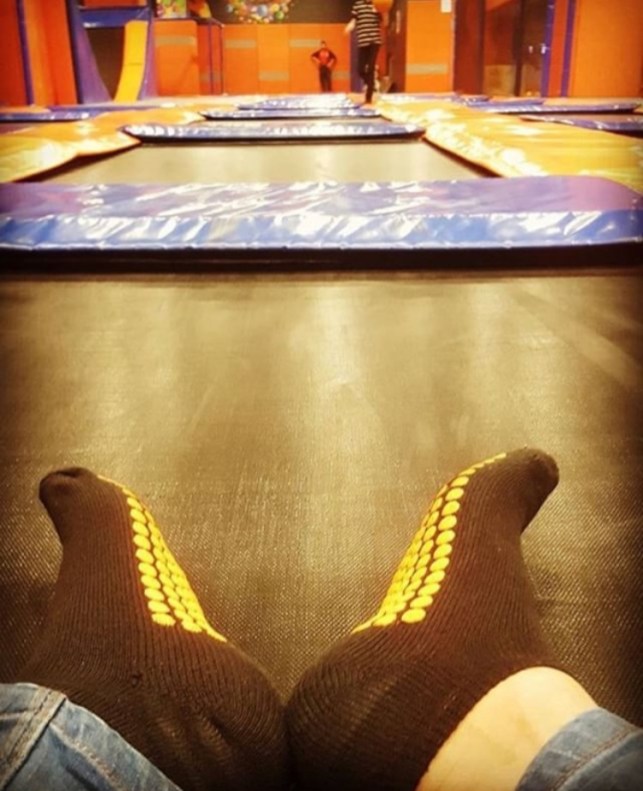 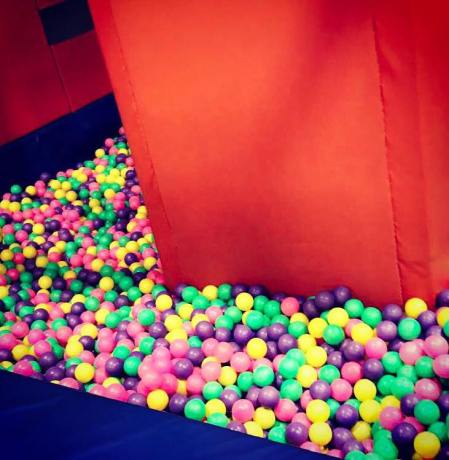 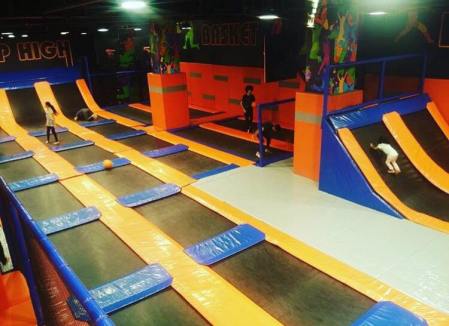 After we were done messing around in the ball pit, we went to the next level: the foam pit. Orange and blue foam blocks were scattered in the thousands, fun to jump on and play in but to be honest it wasn’t as fun as the ball pit. It was rather boring and repetitive.

So we got out of there and headed over to the trampolines. Good thing we did this before dinner or things could’ve gotten messy. This area had basketball and smash ball courts built on the trampolines as well, and so it ensured a good time. However, since there was no net fencing around the trampolines or hoops, I was constantly afraid of getting hit on the head or something.

My sister loves basketball so getting her out of there was a challenge. But then I couldn’t blame her, the place ensures that everyone is willing to join in on the fun and have a good time. Children, grownups, even the staff, everyone is willing to help if someone falls down or needs a friend to shoot a hoop or two with them.

We were just about to leave when they pumped the volume up a little. Everyone cleared the trampolines, and we followed suit. Two of the staff members put on quite a show: They started doing these amazing tricks like back handspring, straddle jumps, backflips and goddamn, it was intense. We cheered them on for a while and decided to leave when our legs gave out.

It was good, it was crazy and it was exhausting. But in no way, shape or form was it dull. So worth the money!